We announce the line-up of the Contemporary World Cinema section of the 29th edition of EnergaCAMERIMAGE Film Festival.

It is 1938 and the United States of America is still struggling with the impact of the Great Depression. A man called Rusty Russell comes to a certain Texan orphanage to work as a teacher and football coach. Rusty, himself an orphan, is a WWI veteran who would like to give the teenagers at the orphanage something to strive for but faces an overwhelming array of obstacles. His players do not have any experience on the field, nor do they own the proper footwear for the game. Knowing that his team does not stand a chance against the children from “good homes”, Rusty begins to devise various clever tactical drills that can get the boys to use their hearts and minds instead. 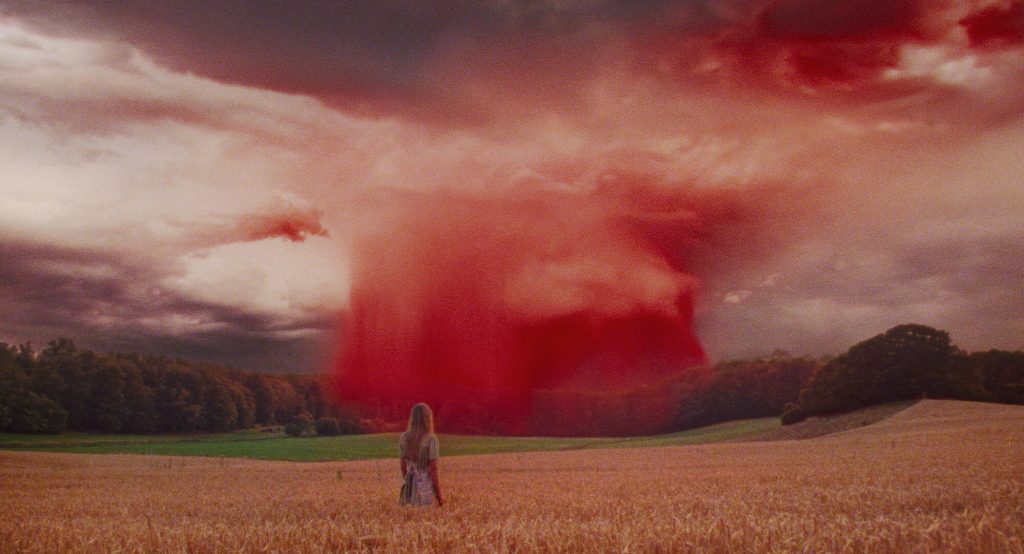 The film is set in Denmark in the late 19th century, in one of the thousands of similar rural households where the fierce patriarchal rule over women and numerous children has not changed over the centuries. The women’s job is to bear new children who will work in the house or in the fields and – if they are girls – give birth to more housemaids and field workers. Lise is fourteen; she is the oldest daughter of Anders and Anna and should expect the same fate as countless girls before her. However, thanks to her mother’s perseverance, she has a chance of going to a boarding school and fighting for a brighter future. The next twenty-four hours will change everything she is and hopes for. 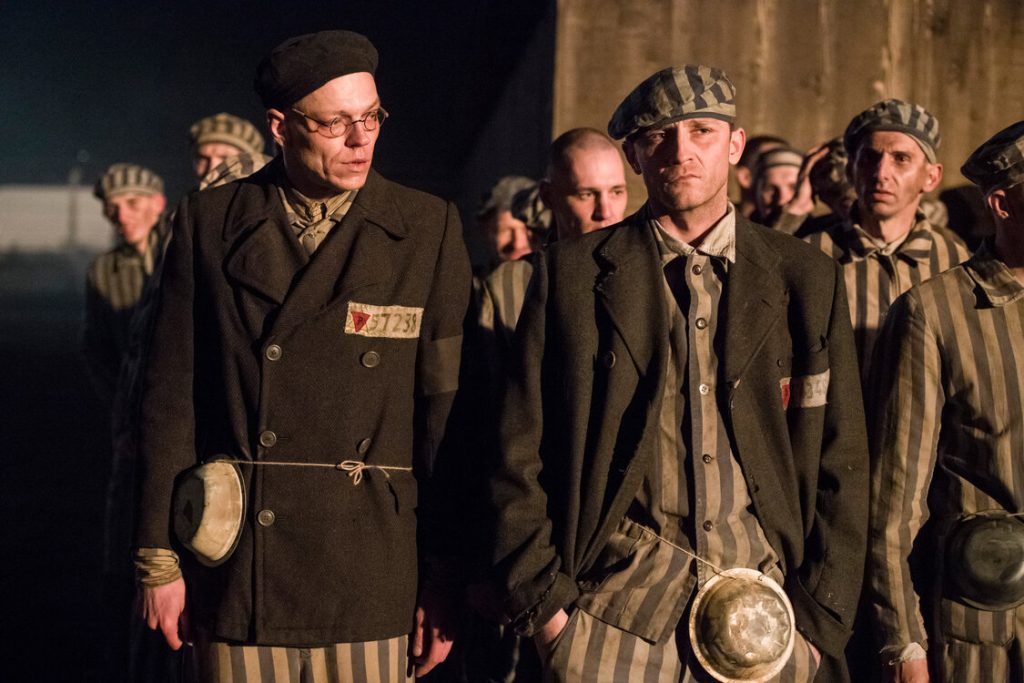 It is still unimaginably difficult to wrap one’s head around the immensity of evil that occurred at the Auschwitz-Birkenau Nazi concentration camp, and the amount of suffering that people have experienced at the hands of other people. It is still impossible to comprehend, despite the dozens of horrifying statistics and the many survivor testimonies. Not surprisingly then, when in April 1944, two Slovak Jews risked their lives to escape from the camp and bear witness to the genocide taking place there to the Western authorities, no one wanted to believe them. The film re-enacts some of the Auschwitz horrors and the protagonists’ escape as well as the way their revelations were received by the outside world. 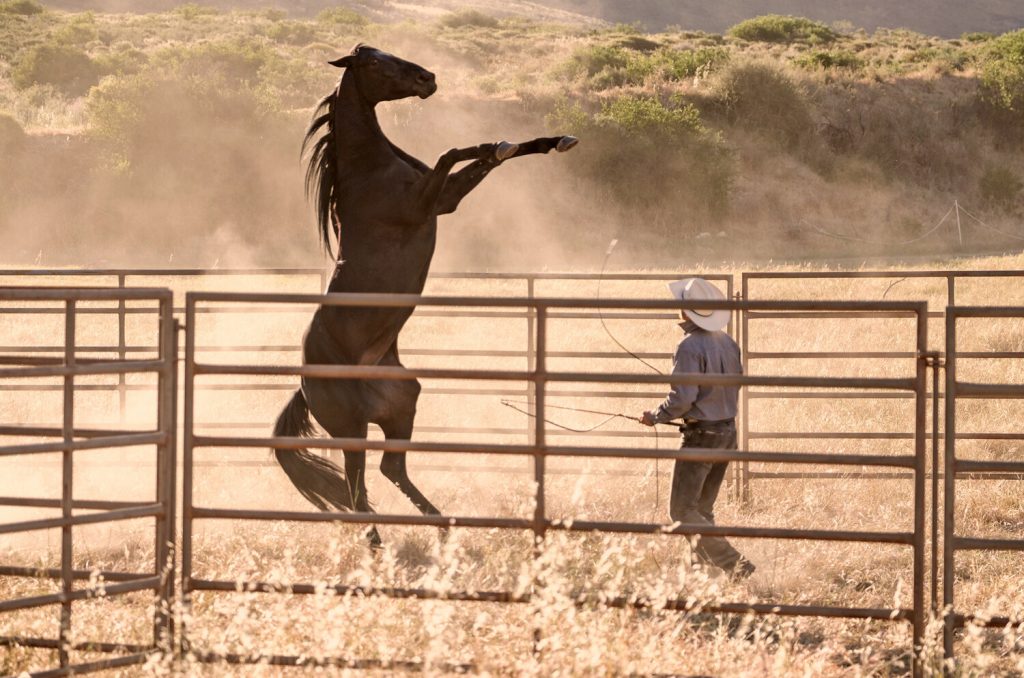 In this modern-day reimagining of Anna Sewell’s timeless classic, we follow Black Beauty (voiced by Kate Winslet), a wild horse born free in the American West. Rounded up and taken away from her family, Beauty is brought to Birtwick Stables where she meets a spirited teenage girl, Jo Green (Mackenzie Foy). Beauty and Jo forge an unbreakable bond that carries Beauty through the different chapters, challenges, and adventures of her life. 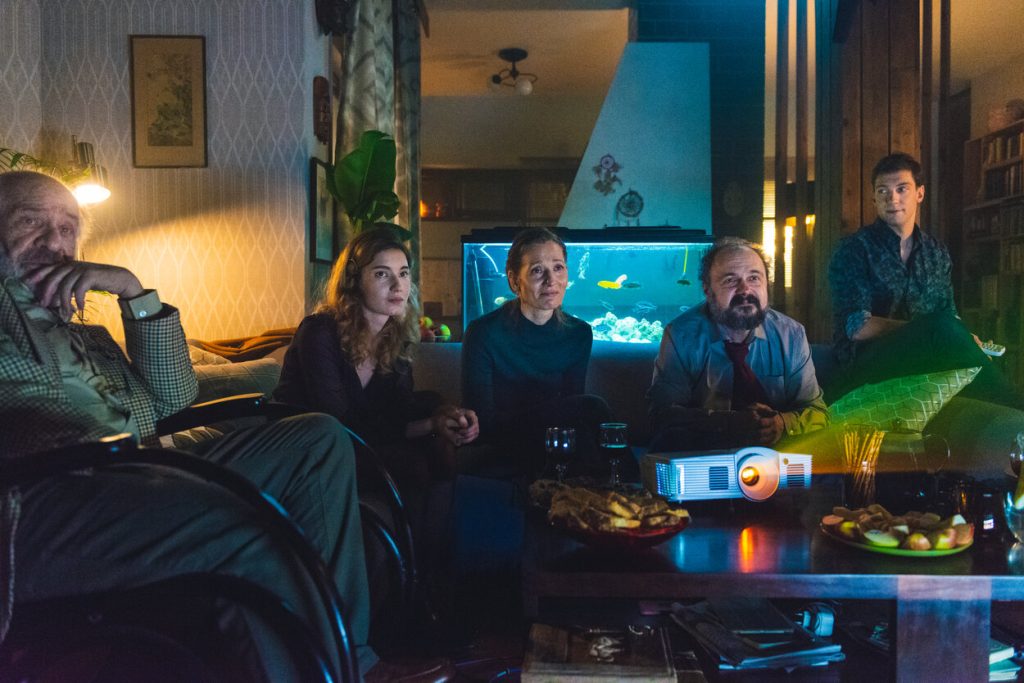 There is at least one black sheep in every family, someone who does not live up to the standards of the other members, thus making the whole family dynamics dysfunctional. However, it would be difficult to say who is the black sheep in this particular family. Is it Tomek, the young wannabe YouTuber who just cannot get a hang of becoming famous? Or maybe his dad, Arek, a man with professional experience, who is, nevertheless, desperately looking for a job? Or dear old grandpa Walenty, whose dementia is quickly becoming a burden on the other family members? There is also Magda, Tomek’s beloved mum, who has a shocking revelation to share with everyone. Or perhaps they are all black sheep? 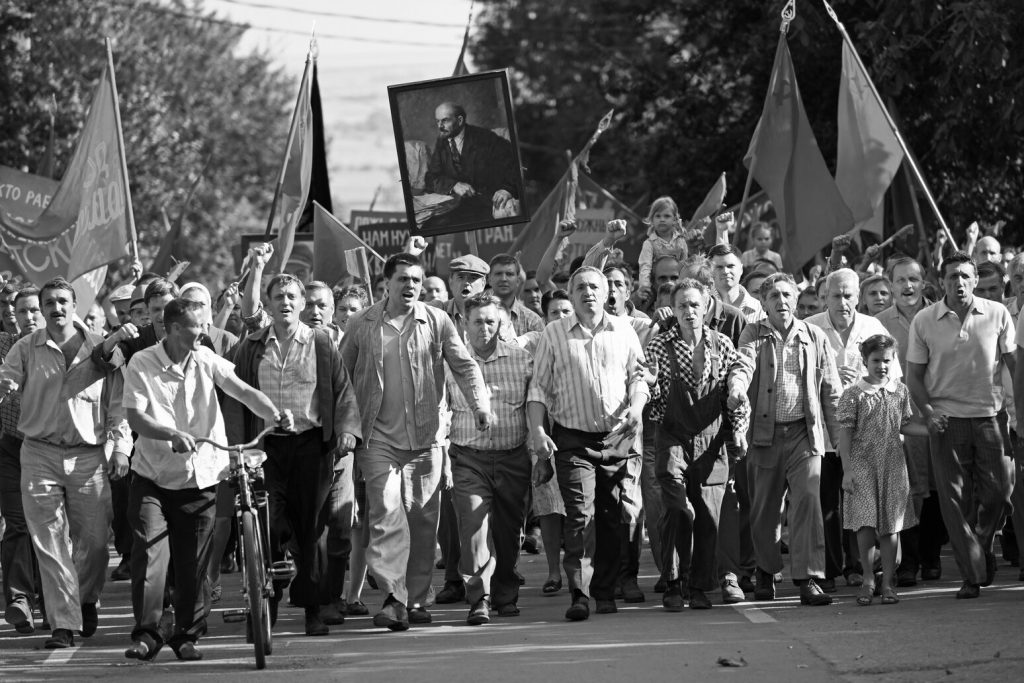 It is 1962, the Khrushchev era in the Soviet Union, that is seemingly better than the time before. Yet the rising food prices and the simultaneous drop in the wages make some of the angry workers of Novocherkassk begin to miss the good old days of the Stalin era. But the fact is, the Communist Party is always right, and each and every Soviet worker’s job is to work primarily for the benefit of their country, and only then think about their own happiness. However, the Novocherkassk residents begin to question this. Their desperation drives them to go on a strike, hoping the authorities will at least hear them out. No such thing will happen, though, as the Party’s main objective is to subdue the traitors by any means necessary.

Behind every impressive work of human hands there is at least one personal story. In the case of the famous Eiffel Tower, it was the story of its distinguished engineer Gustav Eiffel, who dared to dream that he could erect such a monumental building. The story of the tallest building in the world which, as it turns out, was to some extent built as an expression of unrequited love for a woman who in the end chose another suitor. The story of overcoming hundreds of technical, social and financial obstacles to make the capital of France shine with its new architectural wonder made of iron and steel for the upcoming 1889 World Fair. 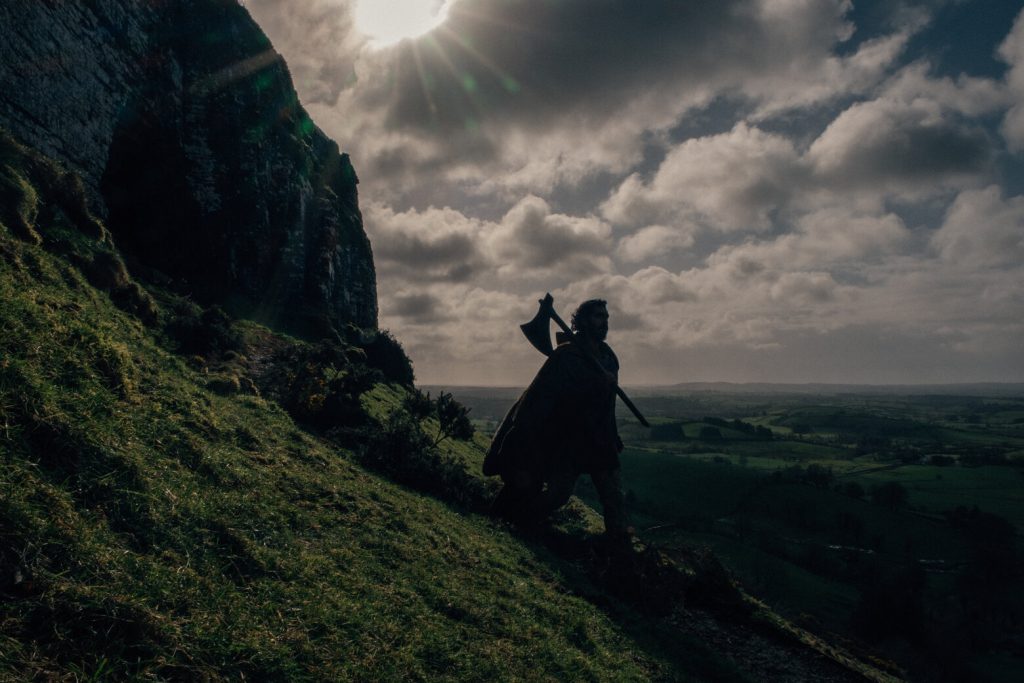 Sir Gawain, one of the knights of the Round Table, is forced to come back to the Camelot castle on one cold Christmas morning only to face a supposedly supernatural and immensely powerful Green Knight who challenges everyone to a duel. Gawain comes out victorious from the fight and goes back to his normal way of living, yet he is painfully aware that he has entered the path that may well lead to his doom. Sir Gawain also knows that exactly a year after the Christmas duel, he will have to travel alone to the so-called Green Chapel and face the spectre once again. When he goes there to meet his destiny, he encounters many weird characters and a variety of creatures.

HAND OF GOD, THE

Mid-1980s Naples was a place of stunning visual beauty and the ugliness of the human spirit, a place in which one could experience inspiring displays of communal cooperation and the most brutal kinds of lawlessness. Teenager Fabietto lives in this world of radical contrasts with a kind of awareness that makes him somewhat concerned, but does not change the way he clumsily enters his adulthood amidst the joyful discussions and emotional outbursts of his family. Fabietto cannot complain, he has good friends, generous and understanding parents, he always carries his beloved Walkman with him, he adores football and enjoys his family’s evening gatherings in front of the TV. But an impending family tragedy will soon change his life for ever.

HARDER THEY FALL, THE 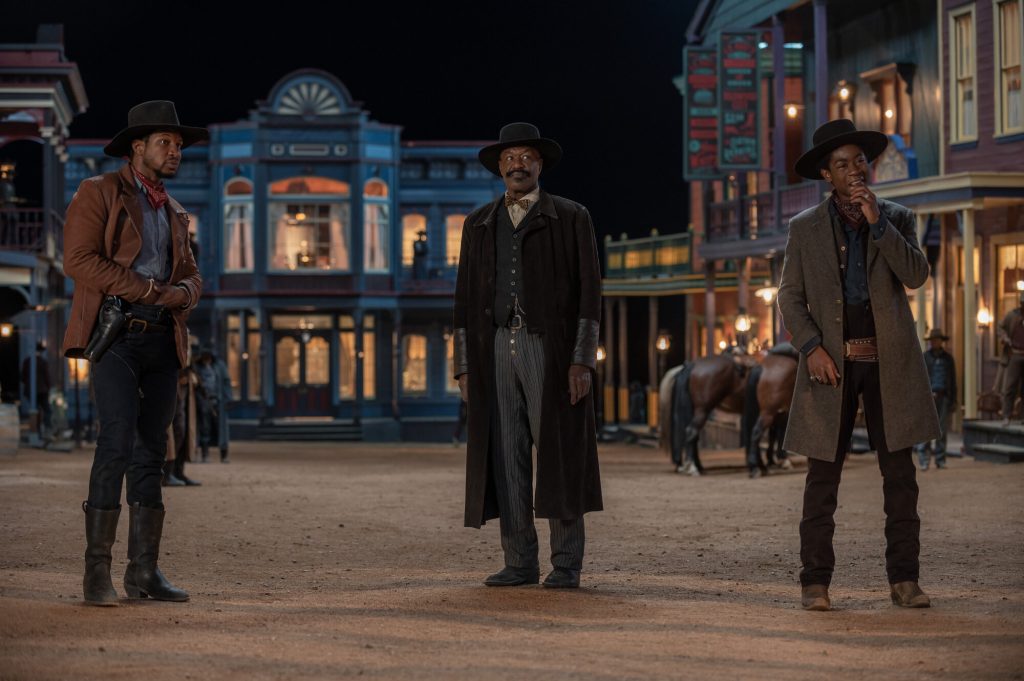 The protagonists of westerns have always been predominantly white; however,in this case the key characters are not only black, but also based on the real gunslingers and fierce outlaws who had shaped the story of the true Wild West and were later forgotten by the popular culture. We observe the doings of a certain Nat Love who is determined to avenge his family and the humiliation he had suffered when the murderer of his parents carved a cross on his forehead. The perpetrator is called Rufus Buck and he is a true legend of the American frontier, with a band of loyal thugs as lethal and ruthless as himself. But will Buck and his gang be able to hold off the attacks of a desperate outlaw forced to the brink by a personal tragedy?

MANY SAINTS OF NEWARK, THE 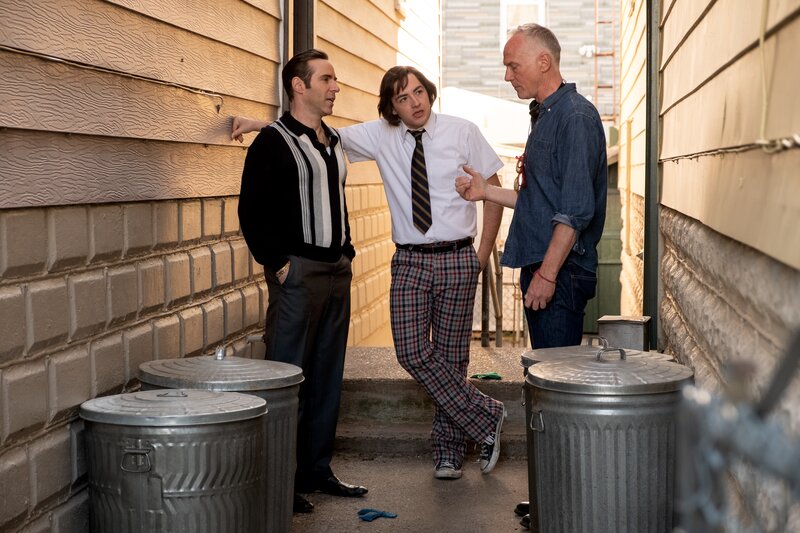 The ruthless yet emotionally fragile gangster, Tony Soprano, over the years has become one of the most iconic characters of the contemporary television landscape, while The Sopranos series has been rightly called a masterpiece. The film is a prequel set in the late 1960s and the early 1970s, thus preceding by several decades the timeline of the series. We observe the humble beginnings of the teenage Tony who grows up under the watchful eye of the local gangster called Dickie Moltisanti. Soprano experiences with a certain naivety the ongoing racial riots and the clashes between the old mafia soldiers and the daredevils who would like to replace them. 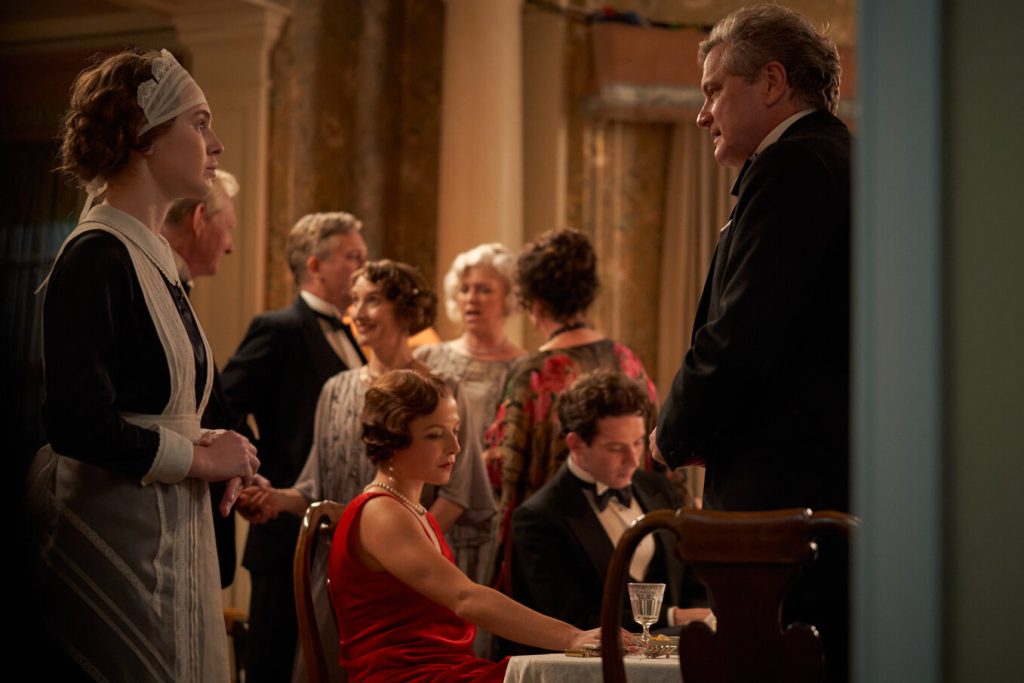 Life has its share of good and bad surprises, and these sometimes may help to make us who we are much more than all the accomplished plans and fulfilled dreams. For Jane, such a surprise happened on one lovely Sunday afternoon of carnal pleasure she had spent with a certain boy. Jane was a maid, an orphan who had worked for an affluent couple in agony over their sons’ tragic deaths during World War I. Paul was their neighbour’s son, one of the few who had survived the war – at least in the physical sense. Now, years later, Jane recalls that last Sunday of their secret relationship as something that changed her life for ever. What happened exactly?

In post-Soviet era, the Russian society becomes suddenly subdued by a flu epidemic that makes some people begin to reflect upon the fragility of their lives while others yearn for the supposedly far simpler times when everyone was told who they were and what they could and could not do. On New Year’s Eve, a comic book artist called Petrov should perhaps consider what he can change to become a better person in the new year, but he simply does not have time for such things. He travels to work on a crowded tram filled with coughing people, and throughout the day his imagination, in the grip of an illness, fuels his vision of the surrounding reality with such surrealist images that he does not know whether what he sees is real or not. Or maybe the Russian society has finally gone mad?

How to avenge millions who suffered, died, or have lost all meaning in their lives as a result of the Holocaust genocide? How to get even for all the humiliation suffered by the Jews who have returned to their homes only to be told they are still not welcomed there, and who have been harassed by some of their own kind for not rising in rebellion against the guards of the concentration camps? Well, there are certainly many ways to obtain an individual vengeance, but one group of radicals believes they could enact revenge on a much larger scale – the Old Testament way of They plan to poison the water supply of an entire German city. Will they succeed? And if so, will they find the peace of mind they seek in return?