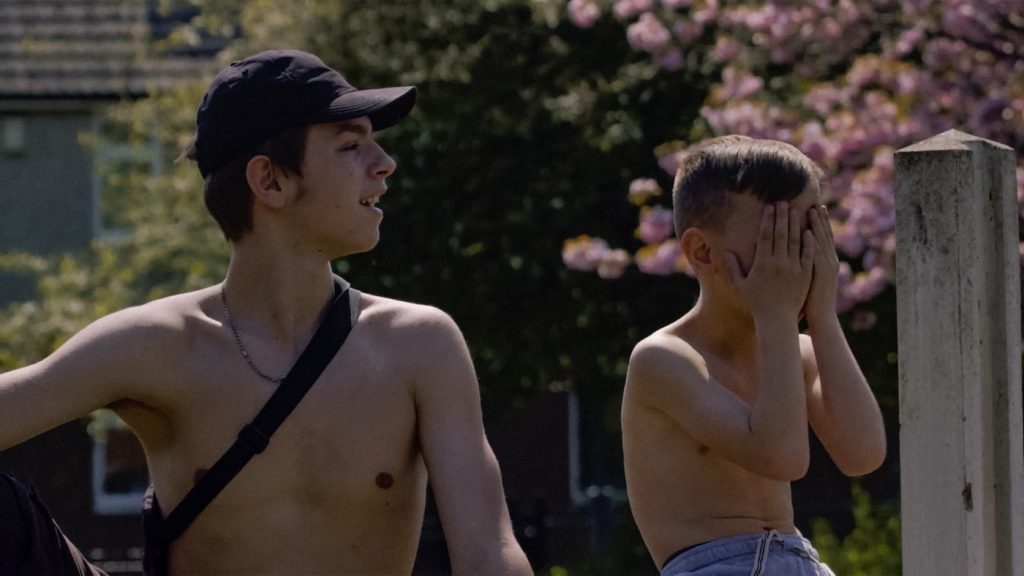 What’s it like to grow up in a place that has been forgotten by society? This film is a portrait of the youth living on a housing estate in the north of England. Tyler, a 16-year-old boy who has never attended school, guides us through this place, where we will meet a series of diverse young characters, each making their own way on the estate. Combining poetical and observational styles, this film allows the audience to reflect on Tyler’s future and on England’s past.

In this documentary, the difficult life of Ydyrys Osmonov, who lives between mountains with his wife, is discussed. The film shows the struggles with violent cold and the difficulties that have been a huge part of their lives. 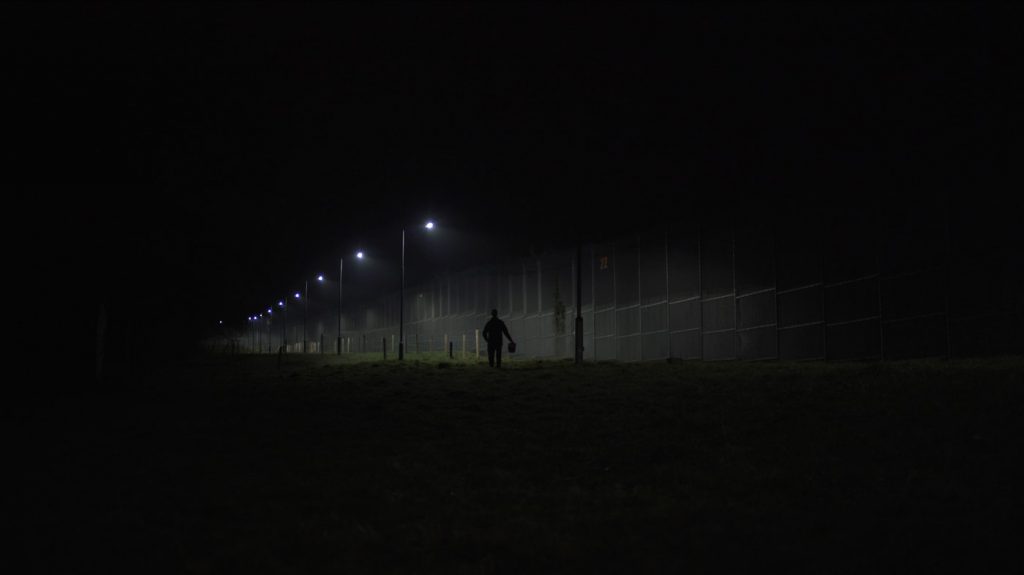 Those who make it through the gates of Hydebank face an arguably more concentrated version of their own neighbourhood: drugs, sectarianism, suicide and violence are daily norms inside this 35-acre compound. To the surprise of many, Ryan, a 21-year-old convicted criminal, has formed an incredible bond with the local sheep: feeding, cleaning, and shearing them, and clipping their toenails. He now dreams of becoming a shepherd upon release. However, he will have to wait to try to fulfil this dream. A brutal act he committed 4 years ago is dictating the rest of his life. 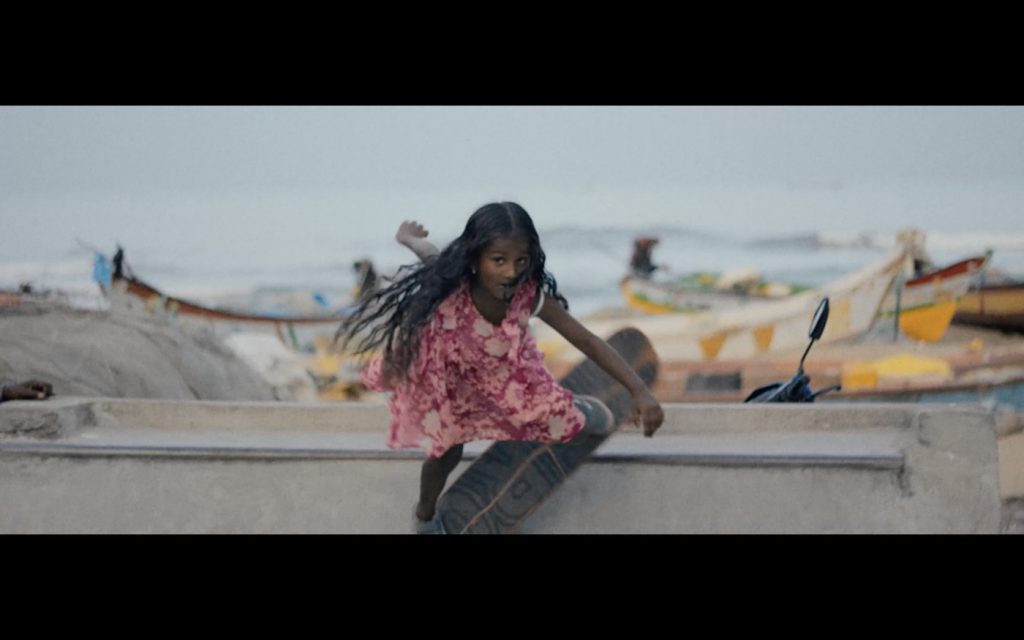 Kamali is the only girl skateboarder in a fishing village. Her timorous mother, Suganthi, goes on a pilgrimage in a quest for self-discovery. Separated for the first time, they must find freedom in a man’s world.

MAN IN A BOX 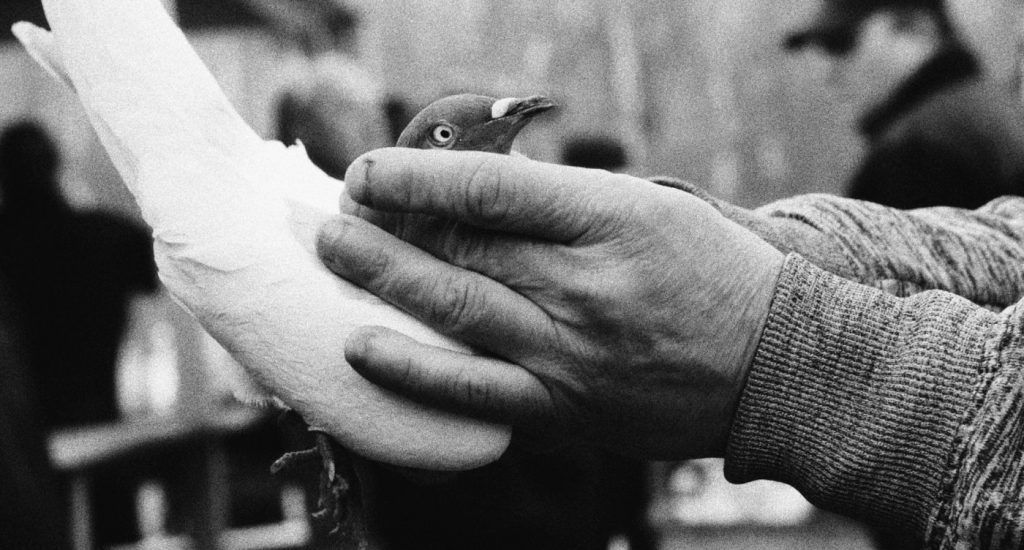 Man in a Box is author’s angst to bring his deep-seated thoughts on to a paper. An artwork of the same name Man In A Box is an auto-portrait in movement that explores the analogy of the artwork in a closed room with the living world outside. 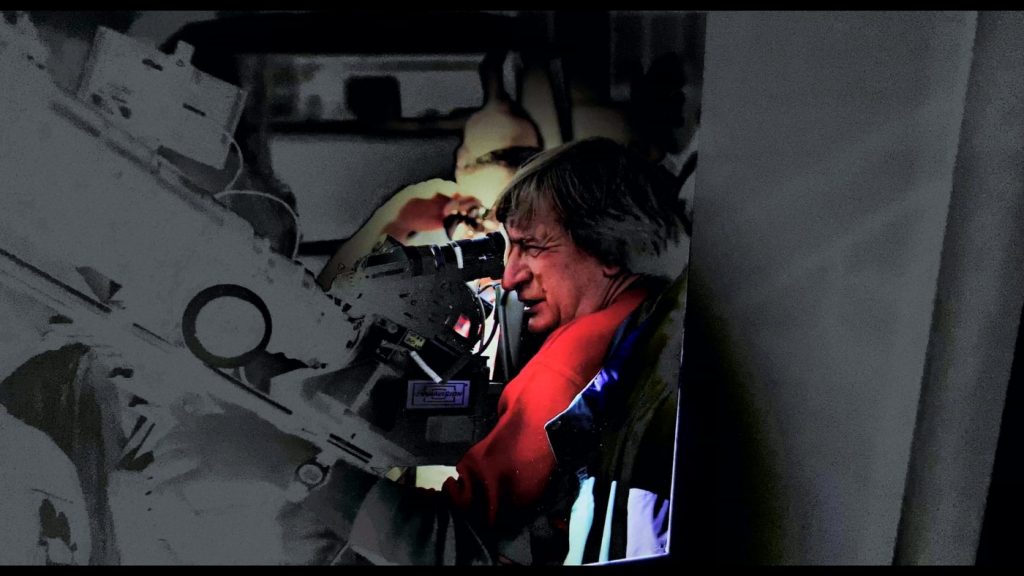 Insomnia and severe illness are increasingly making me think about the past. On sleepless nights I think about what’s gone and travel back in time deeper and deeper. One dark night as I look at the old photographs on the walls, an idea comes to my mind. I want to start talking about what is happening in my head when I look at those artefacts. Among those photos, I have ones showing my professional career and ones telling the story of my travels around the world, but there are also those taken at the hospital – of me lying connected to various devices right after the surgery. There’s a photo of my daughter being fed by my wife; there are memories of high school and my first musical fascinations. My parents are pictured in old photos from my childhood, and there’s a baby boy wrapped in a blanket, struggling to sit up. I get to the beginning of my life and it all quickly blurs to grey...

After her mother’s death, Carolien wonders more and more about the concept of autonomy. Making choices seems like a matter of course – your right to shape your life just the way you want it to be. But how valuable is life when you’re not able to make your own choices?

OPPOSITE OF LOVE IS NOT HATE, THE 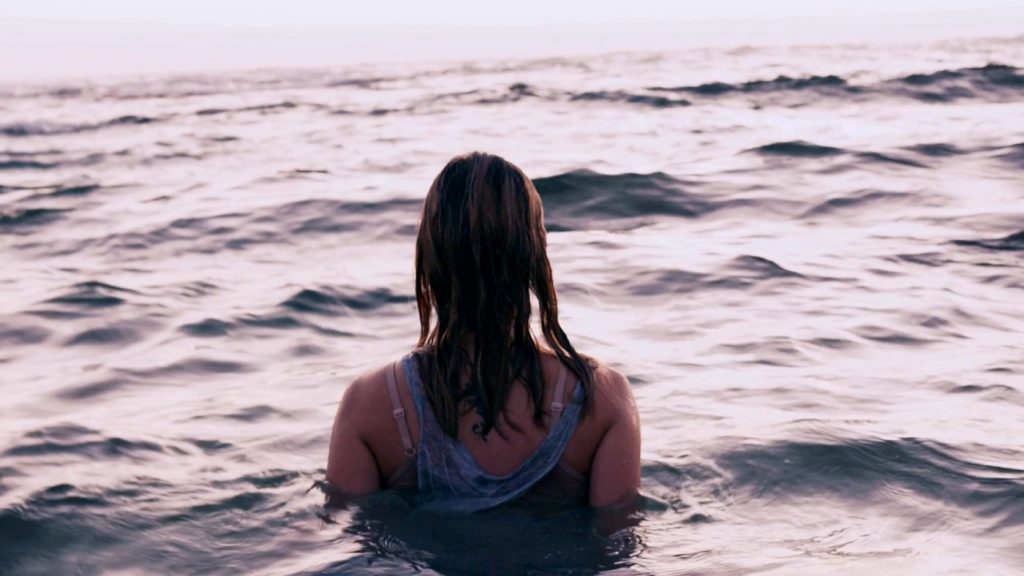 A dark secret is lurking under the floorboards of the house that the four siblings are about to sell. In this personal documentary, the intricate balance of one family is examined through questions about parents, siblings, and the echoes of one person’s story within the family. The memories of the four children are presented in a dream-like reality in which they confront a painful past.

Can one make music with nature as instruments? The eccentric sound-artist Eirik Havnes is preparing his most ambitious project ever: a symphonic masterpiece with nature as his orchestra. Polyfonatura is an in-depth study of Eirik Havnes, a nerdy artist, and his creative process. We see him collecting sounds from nature with his self-made microphones, altering and assembling them into an epic musical composition, before finally performing it for a live audience. 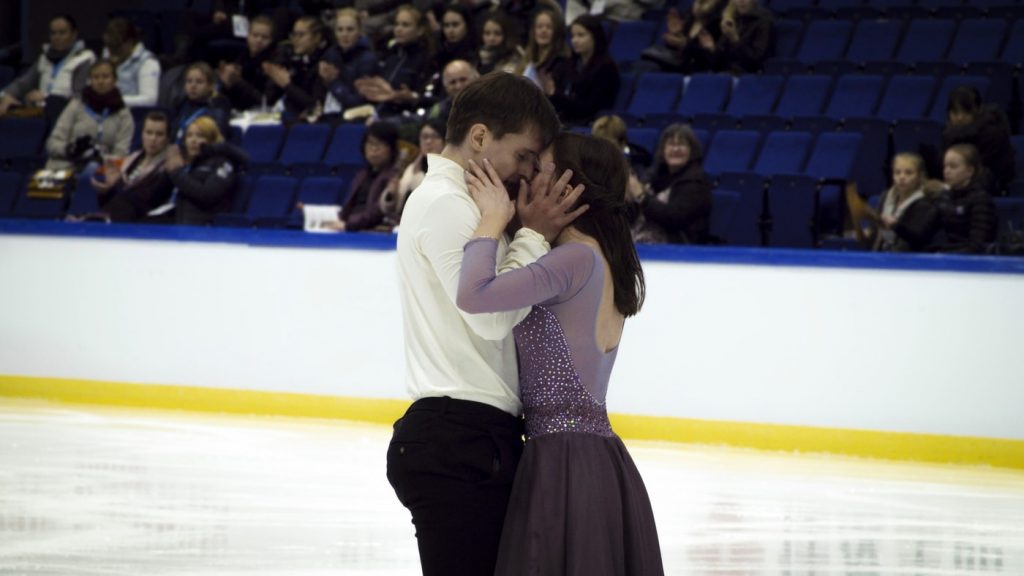 Ice dancers Olesia Karmi and Max Lindholm’s entire lives have been about figure skating, but after a demanding season, their career ends with Olesia’s injury. Max finds a new path for his life fairly quickly, but Olesia struggles to cope without ambitions and goals. How does it feel to know that your biggest dreams will never come true? If you’re not an athlete anymore, who are you? Do you ever dare to dream again? 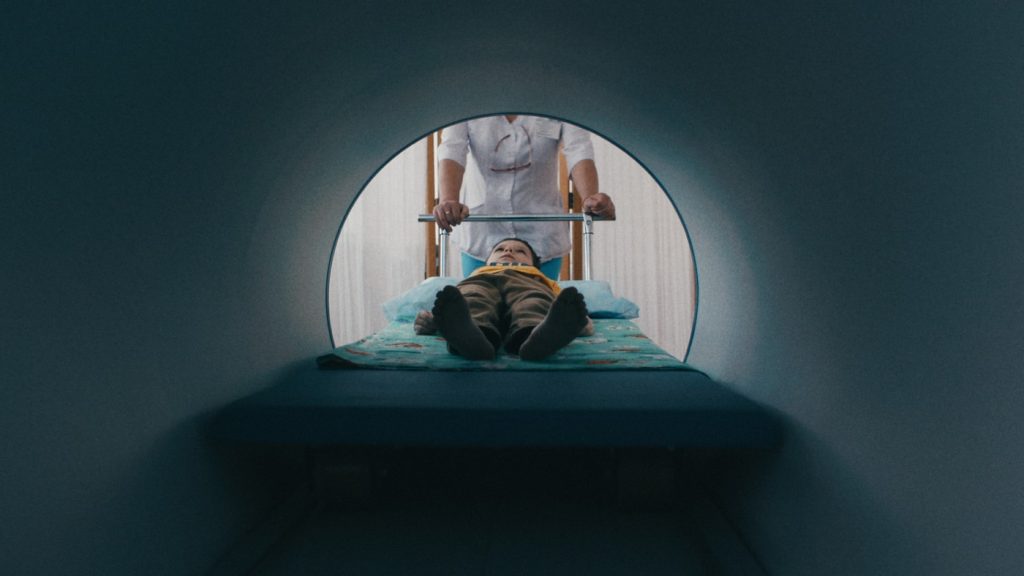 Masha was five years old when she was sent to a children's sanatorium by her parents for the first time. It was a free-of-charge clinical establishment, built and run by the government, and parents saw it as a privilege to be able to send their children there. In a sanatorium, the immune systems and general health of the children are maintained by way of often drastic treatments such as light therapy, special water baths, electrotherapy, and oxygen cocktails. It also means that children were kept away from their parents for long periods – for at least a month. Between the ages of four and seven, Masha was sent to a children's sanatorium three times. These sanatorium visits have left a deep impression on her. In the documentary Sanatorium, Masha Osipova tells the story of a traumatic experience from her childhood. She stayed in a children's sanatorium several times in the former USSR. There, children underwent all kinds of obscure health treatments. In the film she goes back to this world and confronts her parents with the question: why was she sent there?

SIX DEGREES OF FREEDOM, THE

The title of the film refers to all the freedom that a body has in order to move in a three-dimensional space, like the one we inhabit. Specifically, the body is free to change position as forward/backward (surge), up/down (heave), left/right (sway) translated in three perpendicular axes, combined with changes in orientation through rotation about three perpendicular axes – often termed yaw (normal axis), pitch (lateral axis), and roll (longitudinal axis). In fact, the movement has six degrees of freedom.

TAM TAM - OUTSIDE THE LINES 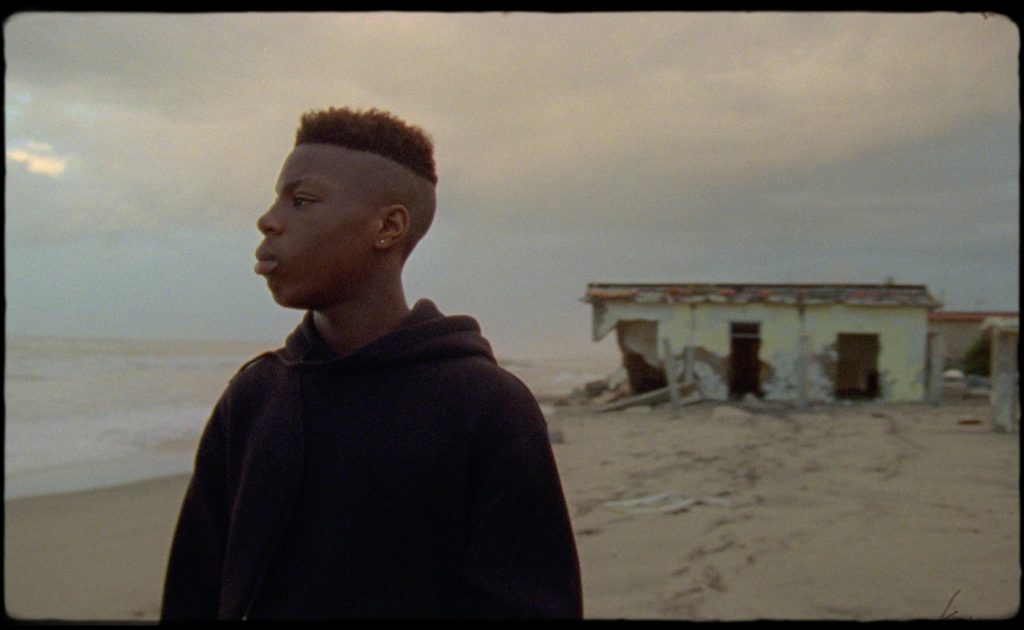 The film captures the story of an Italian basketball team, who were refused access to regional leagues because of the Italian-born players’ immigration status. Former Italian basketball champion, Massimo Antonelli, started the team at a disused holiday complex in Castel Volturno, an area that is made up of 25,000 inhabitants, a fifth of whom are registered migrants. Being free to join, it offered local teenagers a chance to participate in after-school sports and was sustained by generous donations. The FPI (Italian Basketball Federation) rules stated that to compete, only 2 players per team could be migrants, which posed a problem for Antonelli and his team of hard-working and committed players. Given his media status, he soon found himself at the centre of a debate surrounding Italian citizenship and integration, and the question ‘what does it mean to be Italian?’ was brought to the forefront.

THEN COMES THE EVENING 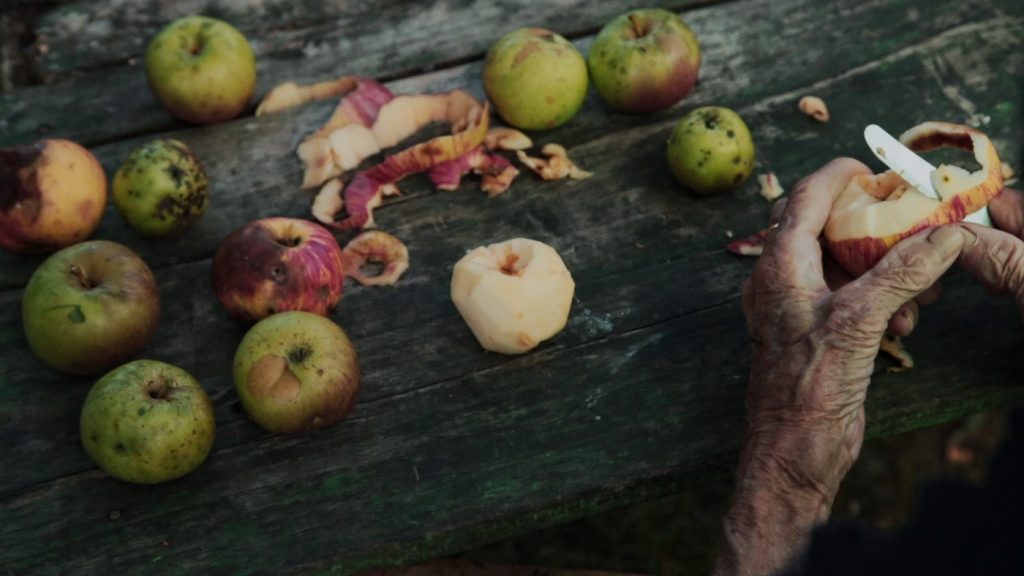 This documentary depicts the bittersweet lives of two grannies living isolated on the hills of Eastern Bosnia. Nature is the entity with which the grannies speak, listen to, and respect. The film emphasises the intangible cultural heritage, through the presentation of chants and rituals for taming the adverse weather, including hail, and storms. It reflects the simplicity and purity of their way of life, as well as their painstaking work. The action of the film is every-day life in the countryside, which shows the grannies’ caring natures, both in their mutual relations, and in their relationship with nature. The poetic tone of the frames relies on references from genre scenes of realism paintings. 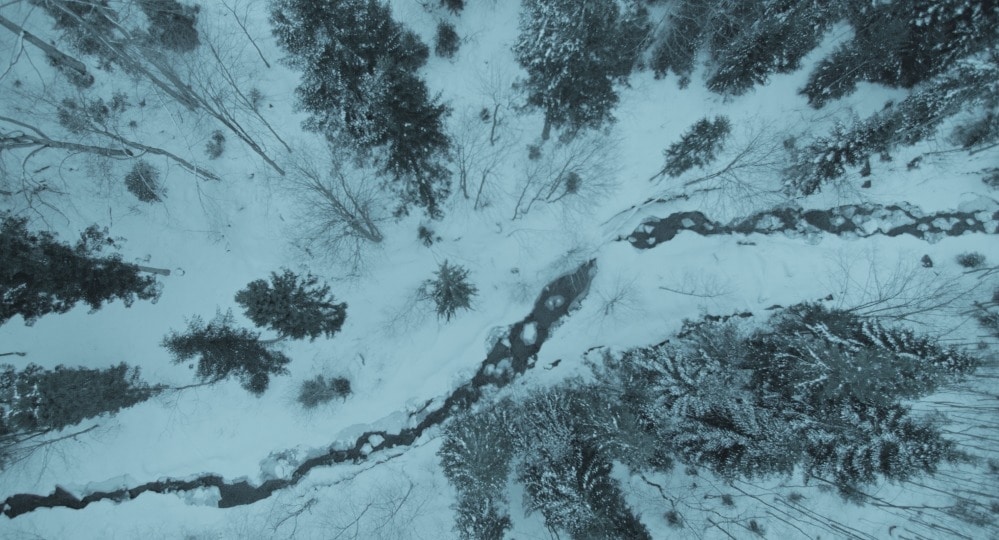 The Though has many meanings: defiant, vicious, resistant, relentless, strong, resilient, cold, hard. The film’s protagonist had a reason to choose this name for his discovery – it’s a place he has to face, and one where he learns the hard way about all those characteristics, tangibly and literally. It stirs his imagination while abruptly and obsessively pushing him forward. The camera follows him, step by step, taking part in the exploration of spaces never seen before and which more and more fiercely resist delicate human matter. 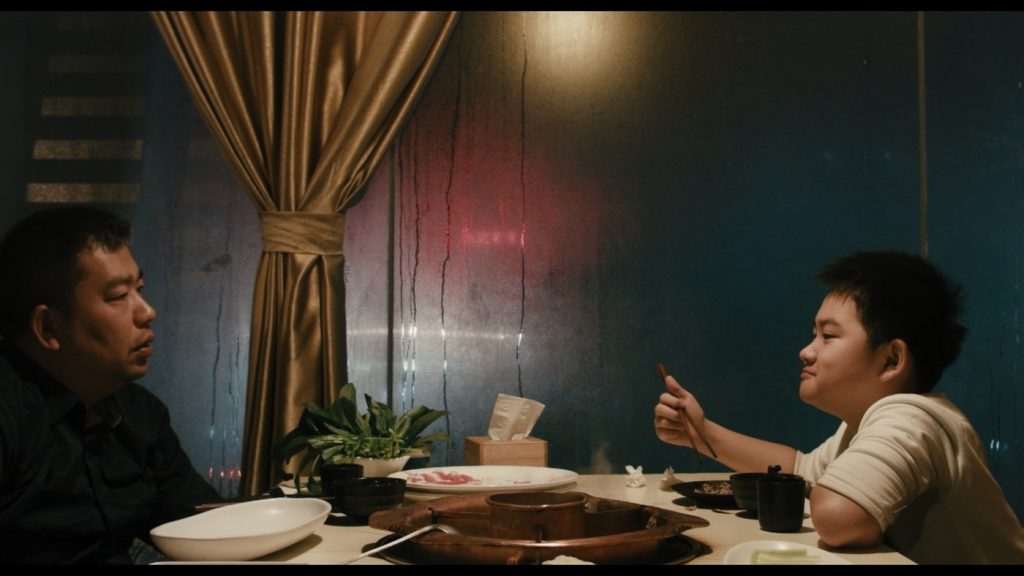 From his security post by the Music Conservatory gates, Guangdong keeps watch night and day over his 14-year-old son, who plays the French horn. He savours the dream that one day his son might go to study abroad. Meanwhile, their home has been swept out; they now live between the walls of the conservatory.