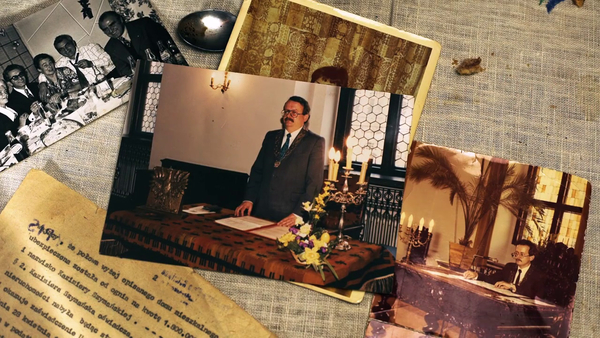 During the conversation with his father, the director tries to find out which memories of his father are actually true. He goes to his father's apartment and stumbles across old video cassettes and photos. The things he sees in those videos differ considerably from what the father told him about his life. The material he finds becomes the narrative axis.
Original title: Bajeczki na dobranoc
Director: Marek Ułan-Szymański
Cinematographers: Filip Marek, Marek Ułan-Szymański 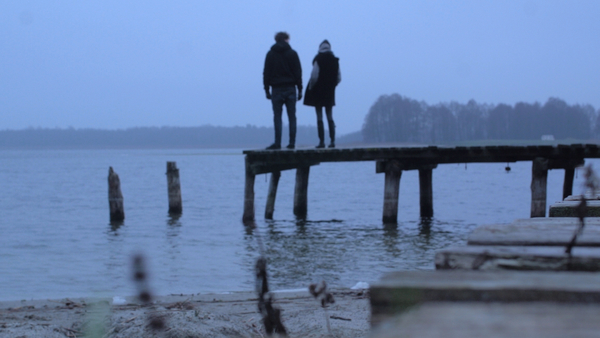 A young couple in their 20s are expecting a child, but don’t know if they’ll cope. Faced with unexpected pressures and emotions, they decide to separate and give the child up for adoption. They do not make this decision easily, with only two months remaining until the baby is due. The situation they find themselves in leads to conversations and experiences that will have a lasting impact upon the rest of their lives.
Original title: Między nami
Director: Maciej Miller
Cinematographers: Martyna Krasińska, Maciej Miller 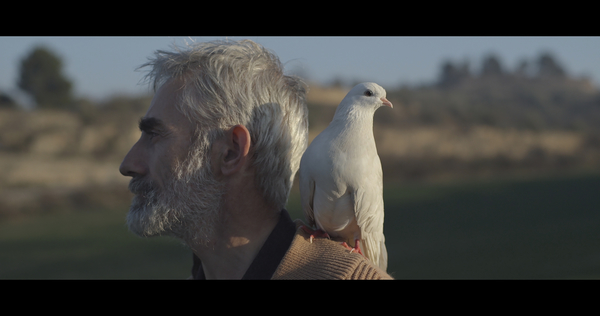 Ramon lives with his parents, although he is away most of the week working as a truck driver. These are long and lonely trips until he meets a very special companion that changes everything. Cucli tells a story about love and companionship after death and its transformative effect. How, through memories, the supernatural can find its way into our mundane lives.
Director: Xavier Marrades
Cinematograpers: Oriol Colomar, Xavier Marrades 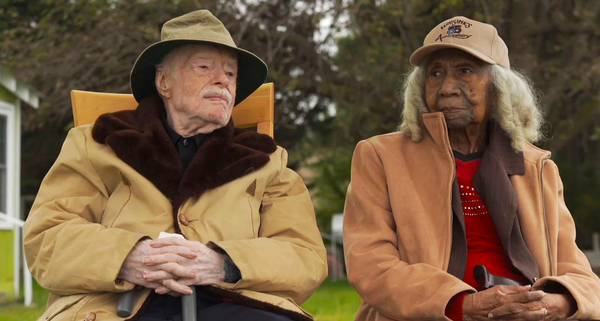 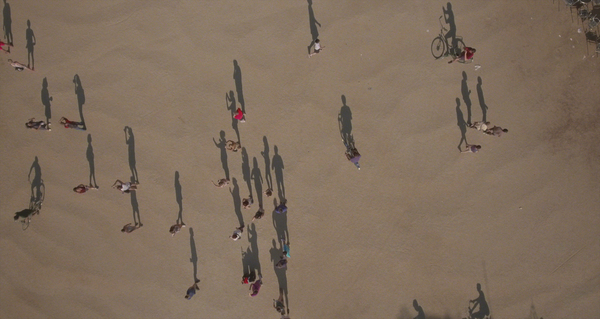 ‘In Afghanistan, I saw a couple making love on a roof’: we know very little of the day-to-day work of the pilots carrying out ‘targeted assassinations’ with military drones. Three Americans agreed to testify in voiceover about their experience, which is paradoxically one of intimacy and cruelty, over aerial images that they could have filmed themselves, to ‘Find, Fix, Finish’.
Directors: Sylvain Cruiziat, Mila Zhluktenko
Cinematographer: Nikolai Huber

Alan Duarte was born and lives in the notorious favela community of Complexo do Alemão in Rio de Janeiro. The community lacks many basic facilities such as basic sanitation, and endures shootouts between police and armed drug traffickers on a daily basis. Alan’s family has been deeply affected by the conflict in the community and he has lost nine close family members to gun violence. Alan tried to define a different future for himself and he found salvation and hope through boxing. However, when his brother was killed in front of him, he decided that wasn’t enough and began his own boxing gym, calling it ‘Embracing Champions’. Without funding and with huge passion, he works to try and save others and to create both a better future and a better community for his son.
Director: Ben Holman
Cinematographer: Neirin Jones 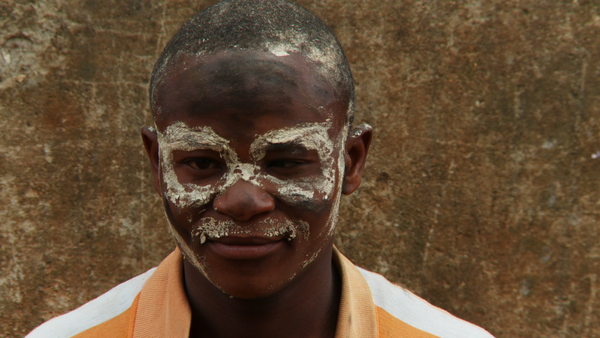 Butembo, North Kivu, DR Congo. While following Jemima, a curious little girl who wanders dusty roads, crowded markets, slaughterhouses, furnaces and bat hunters, we become acquainted with three women who describe the harsh realities of being born female and deaf in a society that discriminates against both women and people with disabilities. The stories of Immaculée, Sylvie, and Stuka are stories of the everyday struggle against marginalisation, abuse, and oppression. But despite the insurmountable obstacles imposed on them by society, the protagonists show us how their strong and undefeated will allows them to take hold of their fate every single day and reveals the beautiful resilience of the human spirit.
Director: Antonio Spanò
Cinematographer: Antonio Spanò
Produced by: Office Number Four
Democratic Republic of Congo, Italy, 2016 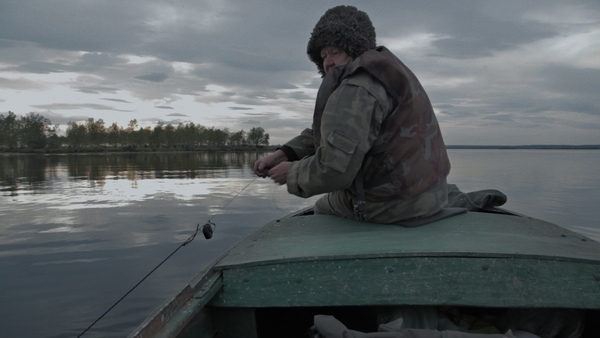 In the severe landscape of northern Russia, there is a huge lake and two people in mourning. The Filippovs are a middle-aged married couple who spend most of their time close to the beautiful, yet dangerous nature around them. Their life, far away from civilisation, is accompanied by a camera that records the tedium of their everyday reality. The lake is the centre of their existence – it provides them with food, but takes away life. The water claimed the life of their beloved son. He is shown in the photos and mentioned in his parents’ short conversations, which are filled with grief and mutual grievances.
Original title: Озеро
Polish title: Jezioro
Director: Daria Blokhina
Cinematographer: Daria Blokhina

Land of the Wind 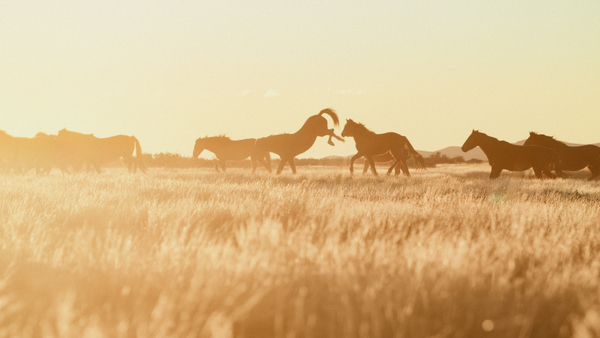 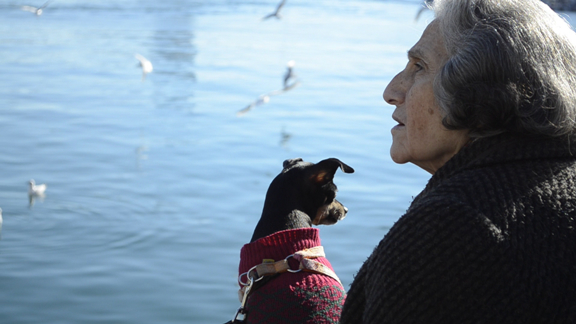 Outside the store, the noise of Barcelona’s Las Ramblas promenade is audible. To one side there are stands with Catalan souvenirs ‘Made in China’. Inside, on the shop’s shelves, there are old vinyl records of classical and opera music. On the chair behind the counter sits Leocadia, with her beloved dog Neska on her knees. She used to say that she came to work here eighty years ago, when she was in her ‘mum’s womb’. She has always loved music. Now she is humming Beethoven’s fifth symphony and waiting for the next client to talk with. Once even DiCaprio was here...
Original title: Sen Leocadii
Director: Krzysztof Nowicki
Cinematographer: Xavier Casas 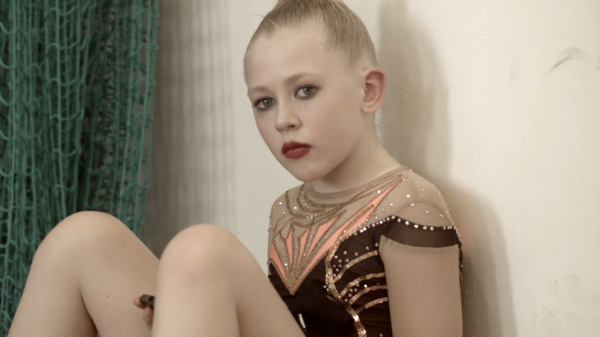 Justyna is a nine year old girl who is training professionally as rhythmic gymnasts. Her life is filled with trainings and competitions, where she often has to exceed her own limits and weaknesses. Every day she needs to be stronger and more determined if she wants to beat her colleagues in all competition races. Despite all the enormous efforts she doesn’t always manage to stand on the podium. When she loses her hopes for wining she decides to start training five-year gymnasts by herself.
Original title: Raz, dwa, zero
Director: Anna Pawluczuk
Cinematographer: Piotr Żurawski 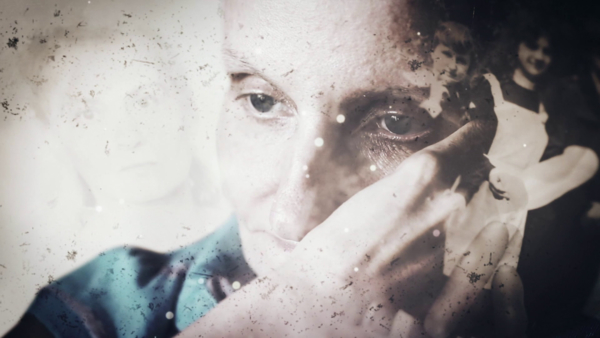 Violet Marchukova. 48 years old. With a height of 1 metre 30 centimetres, she only weighs 23 kilograms – like a 7-year-old child. She is not suffering from anorexia and she has had no health problems since birth. The reason is that Violet was isolated by her own mother for 30 years. Four walls became a prison for her and only death helped Violet to become free. Original title: Віолетта. 30 років самотності.
Directors: Maksym Musiian, Serhii Stetsenko
Cinematographer: Serhii Stetsenko 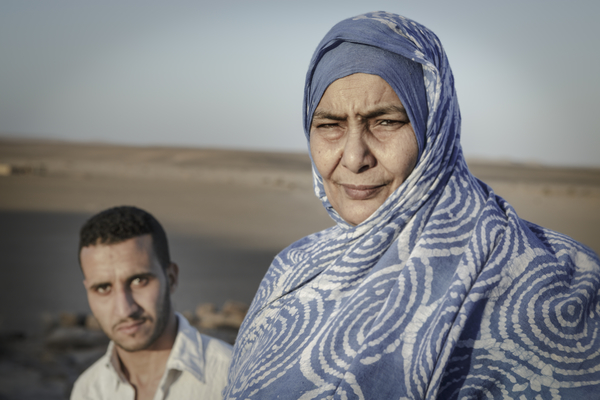 After the Moroccan military occupation of Western Sahara, hundreds of people were made to disappear in secret jails. Soukeina was one of them: she went missing for 10 years. When she got her freedom back, the world had completely changed.
Original title: Soukeina, 4.400 Días De Noche
Director: Laura Sipán
Cinematographer: Costis Mitsotakis, Laura Sipán 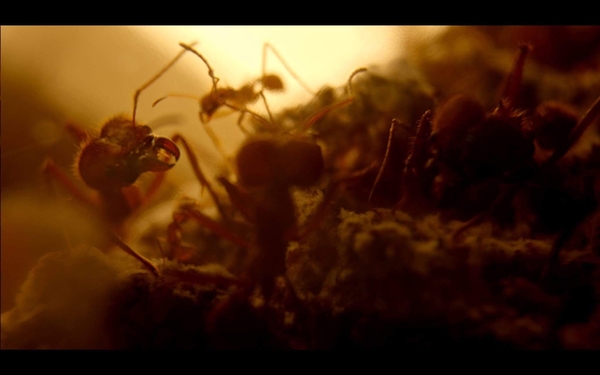 What sounds can you hear in silence? How does the world of humans sound to other beings? Is it possible to create a symphony from sounds that humans are unable to hear? Meanwhile, Homo sapiens and Atta sexdens ants are residing in a shared space in a homemade laboratory. The symbiotic dependence of these two beings takes on a completely unique form… 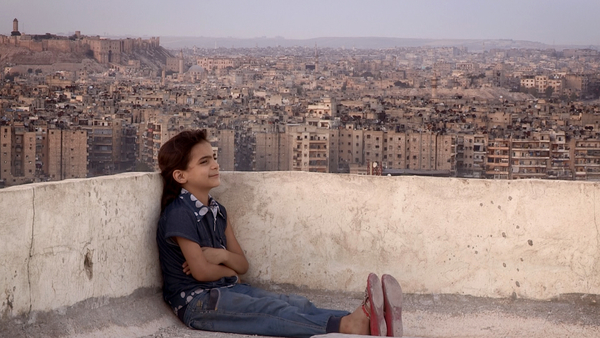 Watani: My Homeland tells the story of the Syrian Civil War through one family’s experience, following the lives of three young girls and their brother over three years. This remarkable film shows the wide-reaching impact of war, exploring the resilience of young children and their capacity to find hope and new beginnings in desperate situations. With the refugee crisis unfolding across Europe, there has never been a more relevant time to explore this gruelling journey.
Director: Marcel Mettelsiefen
Cinematographers: Marcel Mettelsiefen, Mahmoud Alhaji Othman, Mike Simpson 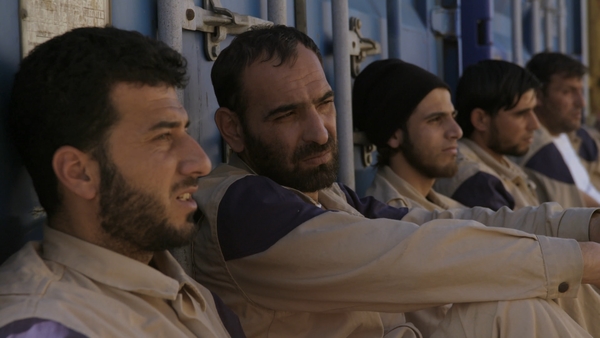 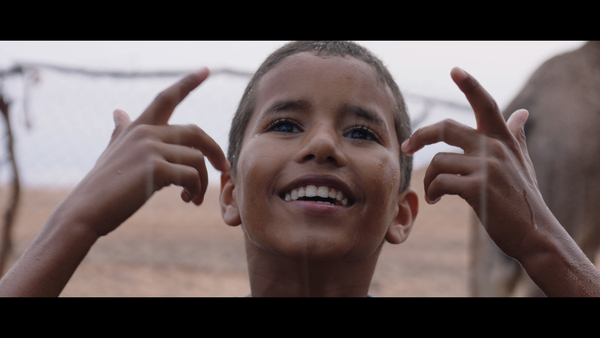 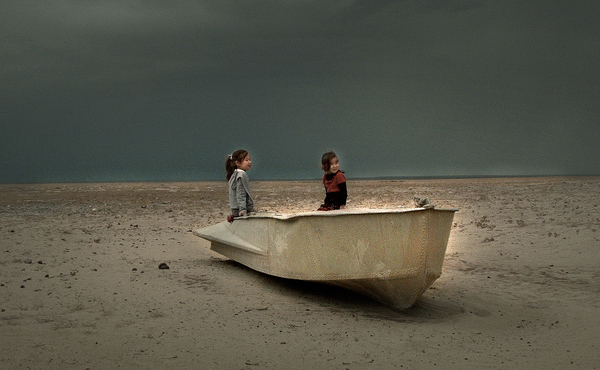 Żalanasz (Zhalanash) was a beautiful fishing village on the Aral Sea. A place of prosperity, full of life. Owing to the absurd plans of the Soviet authorities, it became a desert village covered with pesticide-poisoned sand. The residents adapted to their new conditions, just like a person can get used to an illness.  They settled in the void. In a place without time, where memories are dreams, and where everyday life involves waiting for the return of the sea. Its memory is tangible here - it is alive and much more important than the present. It allows them to survive.
Original title: Żalanasz - pusty brzeg
Director: Marcin Sauter
Cinematographer: Marcin Sauter
Produced by: Studio Filmowe Kronika
Poland, 2017