Directors’ Debuts Competition was initiated in 2010 due to the Festival’s increasing openness to the noteworthy artists and the new film phenomena they create. The idea of creating additional competition sections was a natural consequence of our previous activities. For years we have been promoting innovative projects that combine intellectual freedom, remarkable insight into world affairs and a desire to inspire other artists of the screen.
Directors’ Debuts Competition brings new discoveries: great movies of high artistic value and great filmmakers whose new ventures surprise not only the Jury members but all audiences around the world as well.
Competition is under the patronage of Polish Filmmakers Association. 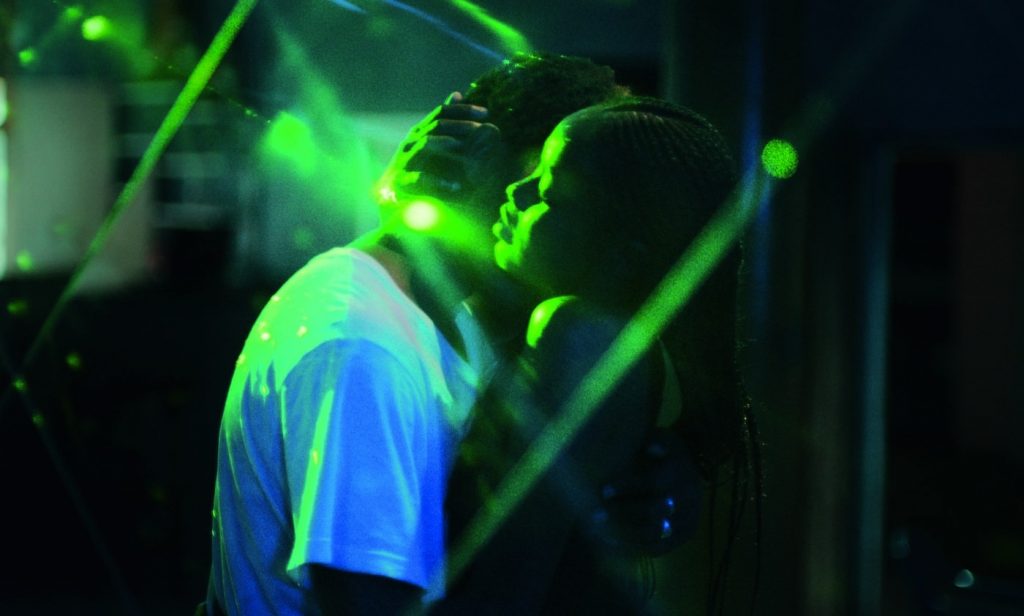 The contemporary city of Dakar is filled with empty promises and potent symbols of class divisions. We see a group of workers desperately inquiring for the money they earned on a building site of a luxurious tower block for the wealthy. They win nothing, so some of them decide quite radically to go out on a boat to Spain that very night. One of them is Souleiman, who, until now, craved a peaceful and predictable life beside his beloved teenage girl, named Ada. The boy does not share the idea of the trip with her, but Ada lied to him too- she is betrothed to a filthy rich businessman on the look-out for new trophies to add to his ever-expanding collection. Cheating themselves in such crucial matters makes it all the more obvious that the star-crossed lovers will not be able to escape from the trap of permanent servitude. However, this is not an entirely realistic refugee drama about the ways the modern world is broken. One day Souleiman returns from his journey, but there is something different about him…
Director: Mati Diop
Cinematographer: Claire Mathon

Nowadays, being a professional athlete means not only having stamina and an iron will, but also making a number of sacrifices and compromises – to be the best, to have control, to successfully compete with other athletes as well as one’s own carnality and what is going on inside one’s head. Felix is a cyclist and does not mind all of that - he is a born winner, he craves competition, and he feels best when he is on the road. His only real problem seems to be his own father, a failed cyclist who wants to train his son to be a world champion, and thus makes him cross many boundaries. After one of their many angry disputes, Felix decides to leave and make progress on his own. For his whole life, he was an inside spectator and knows that using performance-enhancing drugs is nothing out of the ordinary, but the most powerful drug is ambition. He thus quickly faces a number of ethical and sporting dilemmas. Will he sacrifice everything, including his health, to prove that he is superior to other cyclists? And if so, will he do that for himself, or will it be a way of defying his father?

Manó Kertész Kaminer had already been a distinguished Hungarian director with dozens of films under his belt when he emigrated to the United States in the 1920s, in search of his own version of the American dream. He fulfilled it as Michael Curtiz, a man whose Hollywood legacy is now unquestionable, yet despite his many commercial hits and Oscar® nominations, the world remembers him almost exclusively as the director of Casablanca. That is what this film is all about: the problematic making of the future American classic, depicted through mostly factual, but also sometimes fictional, events from the period of pre-production and shooting that made Casablanca a legend. We observe Curtiz being pressured by producers and overly patriotic politicians, who would like him to shoot a piece pf propaganda fluff in the service of promoting the American World War II effort. We also see the director doing what he is best at: directing whimsical actors, fighting screenwriters, yelling at Italian extras looking directly at the camera. A black-and-white tribute to the man who saw cinema in joyous multicolour.
Director: Tamás Yvan Topolánszky
Cinematographer: Zoltán Dévényi

An old lighthouse built at the very end of the known world, made out of stone, emptiness and the spirits of the past that have seen and heard anything and everything even remotely human. Two men are to spend four arduous weeks there while maintaining both the light that shines for mariners sailing through rough seas, and their own sanity. The first one, Tom, is a proud and unyielding former sea dog with a painful leg injury that made him who he is today. The second, Ephraim, is far younger and – at least in the beginning – more open, though he too is tormented by some kind of secret that made him exchange a logging post for the lighthouse’s almost-solitary confinement. Isolated from the outside world, both men, broken to pieces by life’s many hardships, are forced to face their demons while the reality around them begins to blur into a surreal nightmare of images, sounds, and horrible visions. The only thing they lack is a light to show them the way out of their prolonged misery…
Director: Robert Eggers
Cinematographer: Jarin Blaschke 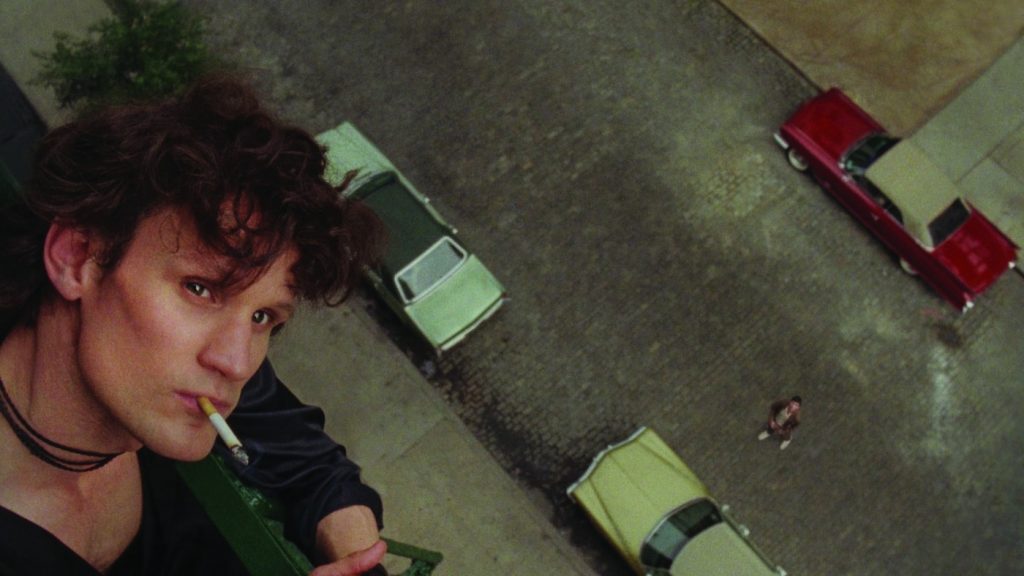 Over the last couple of decades, iconic photographer Robert Mapplethorpe has become such a legend that it is difficult to perceive him as an ordinary guy who had to overcome numerous obstacles to become a world-renowned artist. He is also considered to be controversial, as his black-and-white homoerotic photos are still divisive after all these years. In the film, we meet Mapplethorpe when he is still young and looking for himself amongst dozens of similarly lost young people, who wish to change the world with their art. We get to see his traditional and conservative parents, who would like to see their son become a valued and predictable member of society. We observe his relationship with the future punk rock icon and singer Patti Smith, who opens Mapplethorpe up to new challenges. We watch how his morally dubious decisions mark him for life, both as an artist, and as a human being, who is simply trying to make sense of the world surrounding him, and follow a path of his own doing. 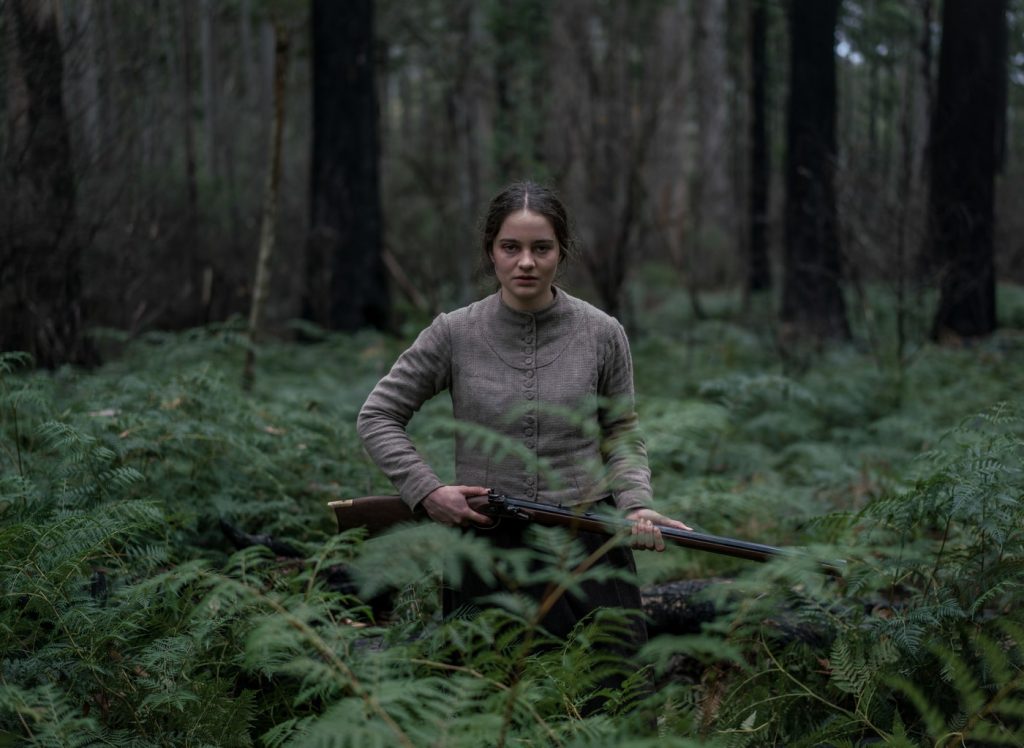 Van Diemen’s Land, later renamed Tasmania, was, in the year 1825, a place of hellish suffering, for both the mass-murdered Aboriginal people, and the second-class British citizens sent there, never to return. Irishwoman Clare is an indentured servant who would like to reunite with her family, but is treated by the white male colonisers as a sexually-attractive slab of meat. One day, the final straw breaks the camel’s back, and the desperate woman goes on a hunt for a particularly sadistic British officer, with every intention of making the last minutes of his miserable life a living hell. She hires local guide Billy, whose family was slaughtered by the colonists. In the beginning, Clare treats him as an inferior human being, but as they travel through the Tasmanian wilderness, she learns to respect the man and see what the white killers did not want to acknowledge. They both know that the carnage they are about to make will not bring their loved ones back from the dead, but they have already passed the point of no return…

Produced by: CauseWay Films, Made Up Stories
Country and year: Australia, 2018

The Summer Olympic Games in Rio de Janeiro promoted sportsmanship and positive values throughout Brazil and all over the globe, and they definitely changed the lives of many an athlete who took part in them. Nevertheless, the event did not have any meaning for the poverty-stricken inhabitants of the favelas. Jaca knows all too well that sportsmanship alone is not enough to change anything. He has recently been released from prison, and wants to escape the world of violence that nearly saw the end of him. He would like to set up his own pizza joint and change people’s lives with good food and kind words, but his former colleagues start knocking on his door. At the same time, Jaca finds out he might be a father. Her name is Tati and she is an intelligent, good-natured teenager who does her best to stay out of harm’s way and earn a chance for a brighter future. These two individuals, lost among the ocean of the poverty of the favelas, forge a special bond that makes them both better human beings. It is hard to predict, however, if it is strong enough to make them persevere what is to come.
Original title: Pacificado
Director: Paxton Winters
Cinematographer: Laura Merians

Every viewer who has ever been fascinated with the French New Wave definitely remembers American actress Jean Seberg, who made Patricia from Jean-Luc Godard’s Breathless an iconic film character. Some may also know her from her other projects, like Robert Rossen’s Lilith, for which she was nominated a Golden Globe. However, not that many people know about her tragic life outside of the film set. Seberg was a committed political activist, marching alongside the members of the civil rights movement; she was emotionally and financially attached to the controversial Black Panthers, and, because of her words and activities, she became a target for the FBI, which tore the poor starlet apart. The film is set at a time when Seberg had had enough of being America’s sweetheart, and wanted to actively fight for America’s future, despite the federal government’s warnings. By observing the events that led to the destruction of Seberg: the activist, viewers will get to know Seberg: the human being.
Director: Benedict Andrews
Cinematographer: Rachel Morrison 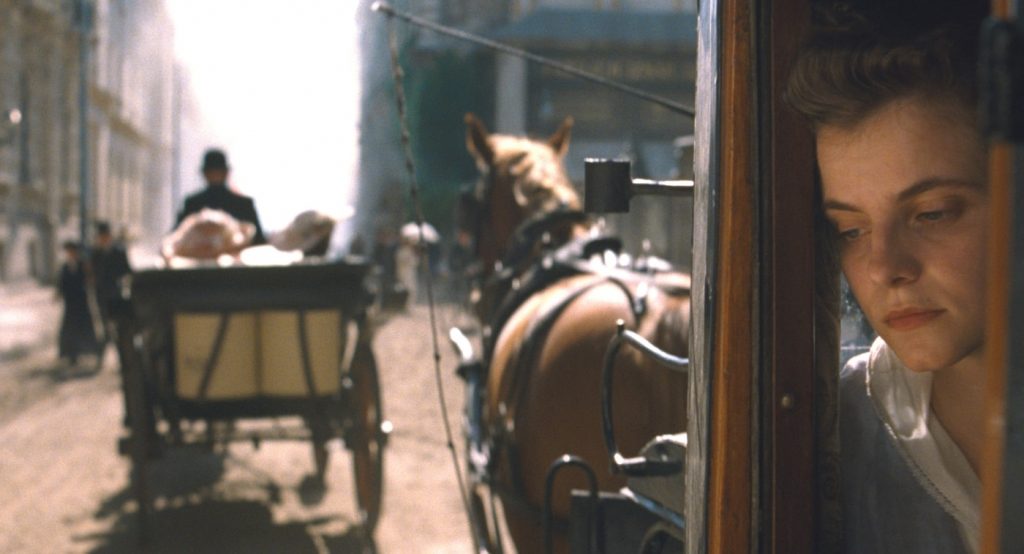 At the turn of the 20th century, the Austro-Hungarian city of Budapest was one of the most extensively developing places in the whole of Europe, effectively competing with Vienna in a prestigious race for the title of cultural and industrial capital of the Old Continent. In 1913, a young woman, Írisz Leiter arrives in Budapest, finding the city covered in dust from its multiple building sites. Having no back-up plan, the girl stays in the city, partly because of a gut feeling telling her that this is the right thing to do, and partly because she wants to know her family’s past. A twist of fate makes her go on a dangerous journey to find her enigmatic brother. Írisz penetrates Budapest’s anarchic, criminal underbelly, only to discover an awakening beast that will soon set the continent on fire, and give rise to a new Europe.