The Baltic Cinema Review is slowly becoming one of Camerimage’s traditions – it will appear in the programme this year for the third time. In the last three years the festival has established a broad network of contacts through which it is able to reach the most visually beguiling film productions that have been created in the Baltic Sea region and in the cooperating countries. The Review is co-created by journalists, members of cinematography societies, film institutes, distributors, producers, and filmmakers working in the region.

Through the Baltic Cinema Review, Camerimage proves how many amazing films are shot in northeast Europe. Baltic cinema is a broad term, within which one can find a full range of genres and themes – which is clearly visible in the collection of titles chosen for this year’s edition. Countries and nations create films that show the problems they are currently facing or explain the geopolitical history of that corner of Europe, while multinational co-productions relate to the greatest global trends.

This year’s Review will present a diversity of genres, styles, and themes from 11 countries from around the Baltic Sea and collaborating countries: Lithuania, Latvia, Estonia, Russia, Sweden, Finland, Norway, Denmark, Iceland, Germany, and Poland.

This is the complete line-up for the Review:

Aleksey Temnikov was once a ballet dancer. And not just any dancer, but a real star. He performed on the world’s most famous stages and the media hailed him as the next Baryshnikov. But the curtain fell on Aleksey’s dazzling career when he suffered a severe spinal injury. He returned home to a provincial town of 70,000 people just outside of Moscow and opened a dance studio and school. Now, nearly 20 years since his traumatic exit from the stage, we witness a typical day in Aleksey’s life. He drives from home to the dance school, even though he could get there quicker on foot. The daily routine at work is endless.
Director: Anna Matison

Chronicles of Melanie, The 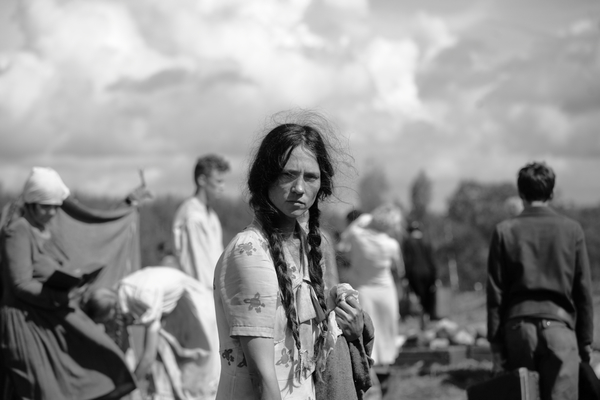 14 June 1941. Under the Stalinist regime, ca. 40,000 Lithuanians, Latvians, and Estonians are deported to Siberia. Among them is Melānija Vanaga, an Latvian journalist and her eight-year-old son. The fate of her husband, whom she is separated from, remains unknown. Melānija has to find the strength to survive the physical and psychological tortures of captivity. A touching piece based on a true story that shows the power of human character, the steadfastness of the spirit, and the most painful experiences imaginable. Everything combines to make this story one of the greatest tragedies in Latvian history. 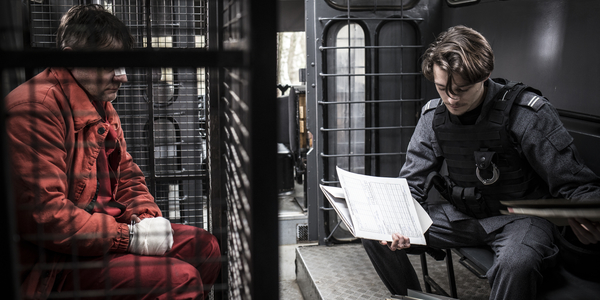 In one of the biggest detention centres in the country one of the inmates gets killed.  He is shot by major NOWACKI, the director of the centre, who disappears right after the incident. An investigation starts.  The prosecutor discovers that the reasons for this crime should be looked for in the convoy from two years ago.  Sergeant BERG, one of the participants of the mysterious convoy, is summoned for the interrogation.  Despite a conspiracy of silence the prosecutor slowly unveils the mystery.  We move to the events from the past. The film touches on the subject of crime and punishment in the contemporary world as well as a moral dilemma concerning the question how to deal with a brutal killer whose actions are similar to those of Breivik’s.  Where is the line between human evilness and crime one has to pay for?
Original title: Konwój

Zaid, a famous heart surgeon and immigrant from Iraq, lives in a luxurious apartment in the centre of Copenhagen. When his younger brother, Yasin, a small-time drug dealer, is killed in gang conflict, Zaid decides to abandon his settled life and avenge his brother. As a masked warrior, he fights to bring justice to the streets. A crime story with a psychological (revenge) and social (immigrant problems) background.
Original title: Underverden

A huge dumpster suddenly plummets to earth after breaking loose from a helicopter. Meanwhile an elderly Romani woman wakes up with a pervasive longing for a wall clock from her past. Those two seemingly trivial events lead to the woman’s three grandchildren setting off on a long journey through the windy highways of Sweden, determined to find the clock and bring it back to their grandma. But many more unexpected discoveries await. 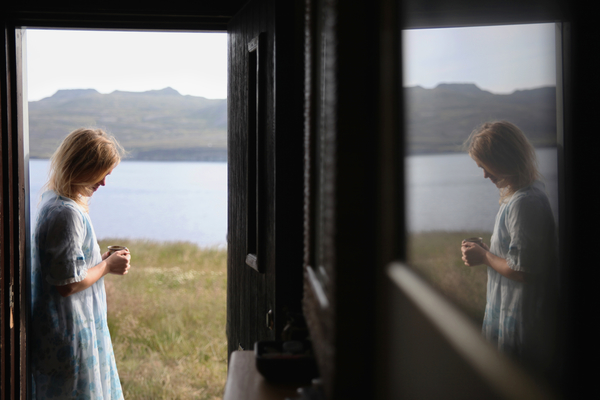 During an exciting and emotional summer, two teenage friends – Thór and Kristján – discover new feelings. While Thór tries to win the heart of his dream girl, Kristján begins to realise that he wishes for a more intimate relationship with his friend. Once the summer break is over, the astonishing but cruel nature of Iceland takes back its rights and the boys have to bid farewell to their childhood.
Original title: Hjartasteinn 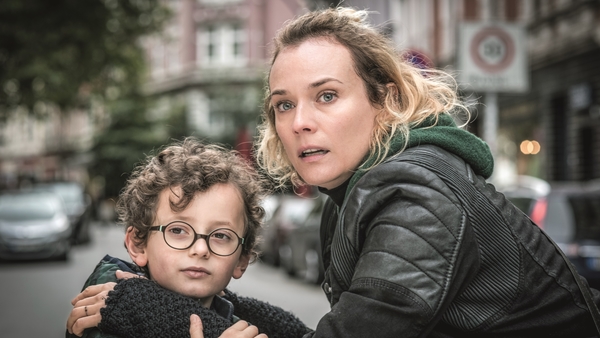 Out of nowhere, Katja’s life falls apart when her husband Nuri and little son Rocco are killed in a bomb attack. Her friends and family try to give her the support she needs, and Katja somehow manages to make it through the funeral. But the mind-numbing search for the perpetrators and the reasons behind the senseless killing complicate Katja’s painful mourning, opening wounds and doubts. Danilo, a lawyer and Nuri’s best friend, represents Katja in the eventual trial against the two suspects: a young couple from the neo-Nazi scene. The trial pushes Katja to the edge, but there’s simply no alternative for her: she wants justice.
Original title: Aus dem Nichts
Polish title: W ułamku sekundy
Director: Fatih Akin
Cinematographer: Rainer Klausmann 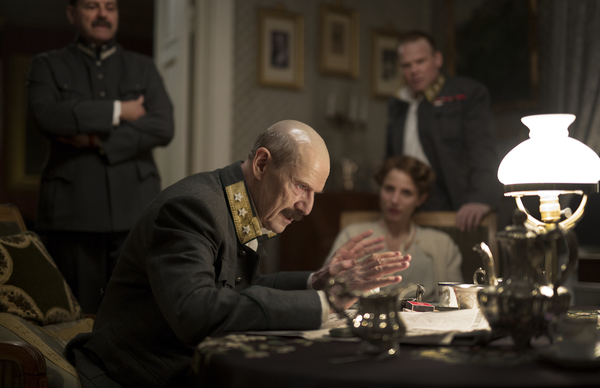 The King’s Choice is based on the true story of three dramatic days in April 1940 when the king of Norway is presented with an unimaginable ultimatum from the German armed forces: surrender or die. With the German air force and soldiers hunting them, the royal family is forced to flee from the capital. They decide to part ways without knowing if they’ll ever see each other again. Crown Princess Märtha leaves Norway with the children to seek refuge in Sweden, while King Haakon and Crown Prince Olav stay to fight the Germans. After three days of desperately trying to evade the Germans, King Haakon makes his final decision. He refuses to capitulate, even if it costs him, his family, and many Norwegians their lives.
Original title: Kongens Nei

Law of the Land 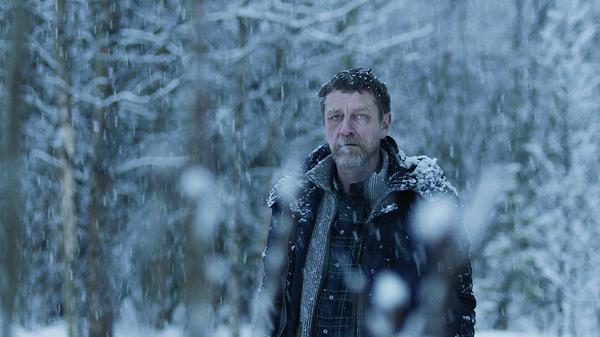 A remote Finnish village in Lapland next to the Swedish border. A retiring police officer learns that his illegitimate son has been released from prison and is terrorising the area. The young man has discovered the big family secret and is seeking revenge by assaulting people close to the police officer – including his other legitimate son. The hatred between the two brothers leaves the area in a state of vengeance and violence, forcing the villagers to take the law in their own hands. While trying to prevent the brothers from killing each other, the police officer is forced to face his past mistakes. The final showdown takes place in the Arctic desert of the North.
Original title: Armoton maa 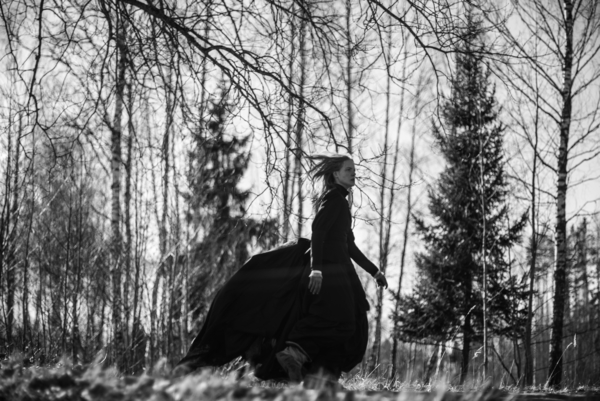 An Estonian village is infested with werewolves, ghosts, and pestilence. The main concern of the inhabitants is to survive the long, dark winter. In order to do so, everyone steals from everyone: the neighbours, German employers, ghosts, even the devil and Christ. To save their souls, the locals hide them in “kratts” – puppets made of wood and metal that are supposed to help their owners to steal. People keep on stealing even though their pantries are bursting at the seams. But they will pay sooner than later.
Director: Rainer Sarnet 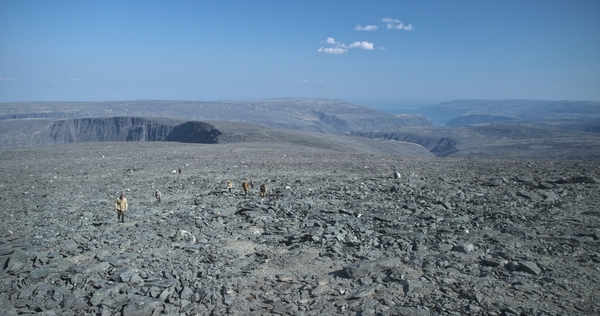 It is 1988 – the final year of the Soviet era – in Vilnius, Lithuania. A group of 18-year-old friends establishes an informal group called Seneca’s Fellowship, disassociating themselves from the Soviet system. They vow to live each day as if it were their last. A love triangle breaks up the fellowship right at the moment the country is experiencing a rebirth during the Baltic Chain demonstration for independence. The main character, seen 25 years later, appears at first glance to be successful. However, he is disillusioned with himself. His habit of disassociating himself from life’s circumstances has made him a cold observer of life. A family crisis compels him to remember the oath he took in his youth.
Original title: Senekos diena