THE BEST OF THE NATIONAL FILM SCHOOL AT IADT

IADT has been teaching film in Dún Laoghaire since 1984 and the National Film School at IADT was launched in November 2003. It is a centre of excellence for education and training in film, animation, broadcasting, and digital media. This status is based on the consistently high achievements of its student productions in both professional competitions and festivals at home and abroad, the careers of its graduates in the entertainment and media industries, and on the excellence of its staff. IADT’s full-time and part-time staff possess considerable industry experience and a high proportion continue to work as practitioners. 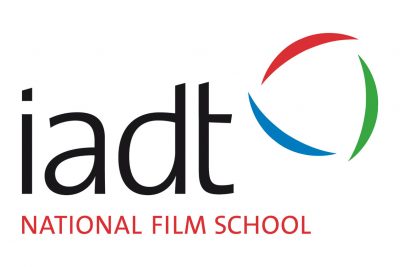 IADT’s Faculty of Film, Art & Creative Technologies boasts the largest selection of film-related courses in Ireland – spanning film and TV production, animation, and photography – and offers the only degree courses in the country in modelmaking for TV and media and design for stage and screen. An entire generation of award-winning Irish filmmakers owe their success to the skills IADT equipped them with as students.

Such alumni include cinematographer Robbie Ryan, who in 2016 won a British Independent Film Award for his cinematography on American Honey; Academy Award® nominated Kirsten Sheridan, director of August Rush and writer of In America; Aisling Walsh, director of Song for a Raggy Boy; Ciarán Donnelly, director of episodes of The Tudors, Camelot, and Vikings; Ciarán Foy, director of Citadel; James Mather, cinematographer on Lockout and Adam & Paul; and Peter Foott, who’s debut feature The Young Offenders has broken all box office records for a low-budget Irish film.

At the animation end of the spectrum, notable IADT graduates include Conor Finnegan, whose short Fear of Flying was nominated for Best Short and Best Animation at this year’s IFTAs; BAFTA-nominated animators Eamonn O’Neill and Jack O’Shea, who directed the incredibly successful A Coat Made Dark, which was selected for the 2016 Sundance Film Festival.

Finally, IADT is the only Irish full member of CILECT, the International Association of Film and Television Schools.

********
During Camerimage we will screen the following films: 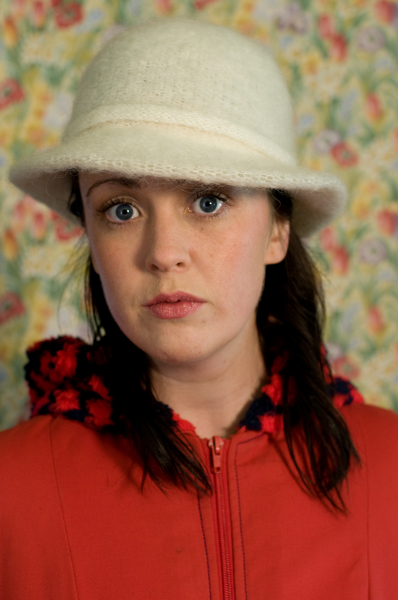 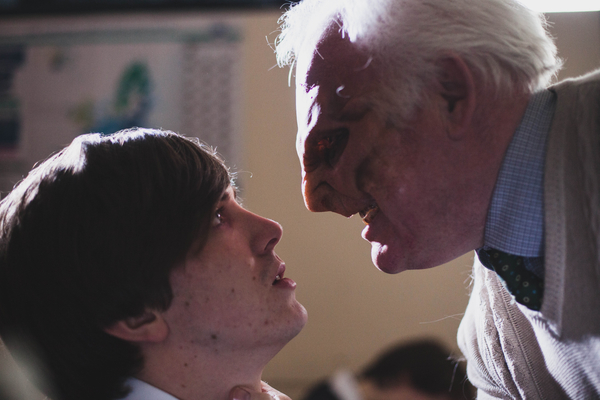 When the body of 13-year-old Donnie Gleeson is found in the small, semi-rural community of Churchestown, the tragedy is labelled a suicide. Senior year schoolboy Richard Kelly becomes embroiled in the emotional aftermath when evidence suggests he was acquainted with the deceased. Suffering from mental health issues of his own, Richard is forced to wade through a hallucinogenic and violent mental landscape in an effort to identify his place amid the tragic events. Through sessions with his therapist, Dr Keelen Molloy, and an investigation into the panels of a comic book left behind by Donnie before his death, Richard comes into brutal conflict with not only the world around him but also his own sanity as he is embroiled in a search for answers and personal redemption. 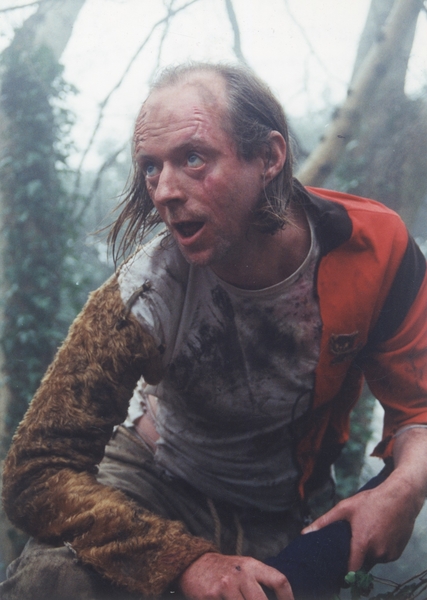 After a violent car crash a young boy has to eat his parents’ brains in order to survive, awakening a bloodthirsty passion. People only use 10% of their brain – the rest gets eaten.

Diving Within is a short documentary featuring Malaysian Sharena Abdullah. The fear of losing their identity and the need to integrate are just some of the challenges faced by immigrants. Sharena tries to find a balance and, after much inner conflict, she adjusts her appearance to make it easier for her to connect with the people around her. 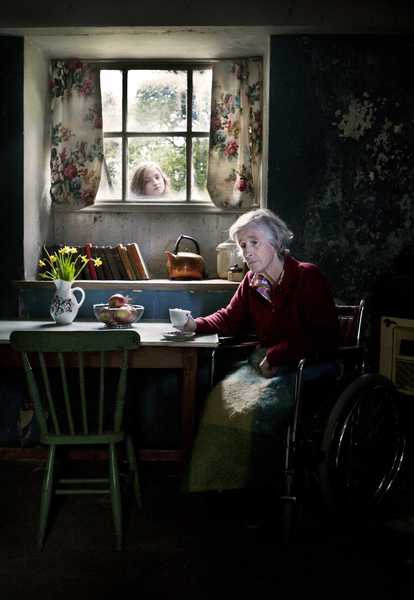 Young Emily enjoys the magic of her childhood until one day she becomes aware of her granny’s ageing body and is confronted by anxious thoughts of mortality.

Fall Into Half - Angel 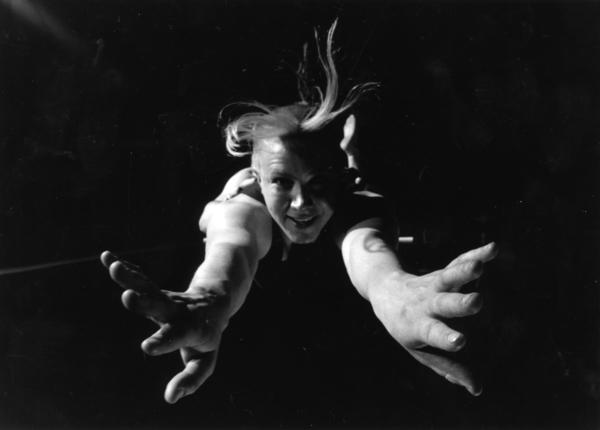 Ken and Tina met and fell in love... then they became trapeze artists! Together they embarked on a life that was to be intense and demanding, both physically and emotionally. After six years they broke up, yet despite the difficulties they continued working closely together perfecting their trapeze act. Fall Into Half - Angel is a short film exploring their unique relationship. It is a film about fear, friendship, and falling. But most of all, about trust. 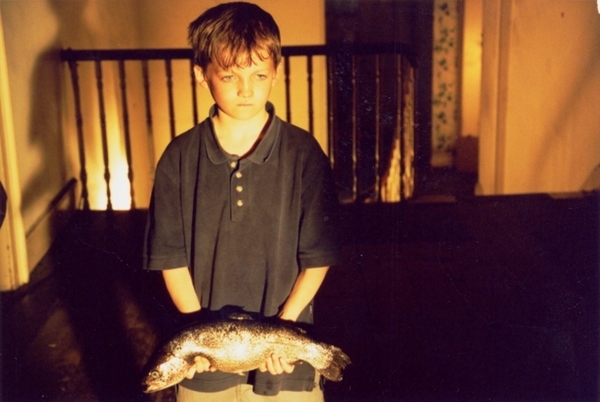 A boy has a deep and negative reaction to the sport of fishing.
Director: Paul Glynn
Cinematographer: Kate McCullough 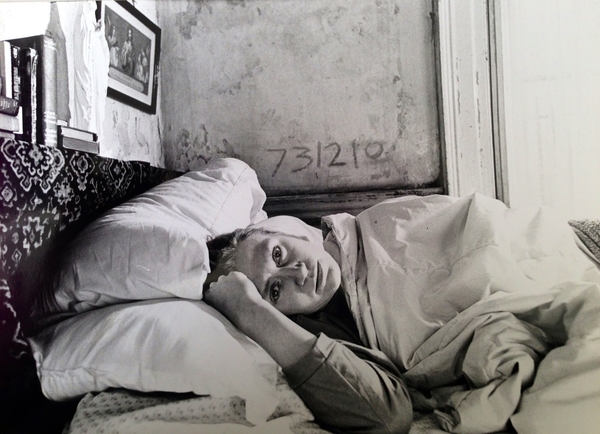 The mother-to-be of the Second Messiah faces many social obstacles during pregnancy. 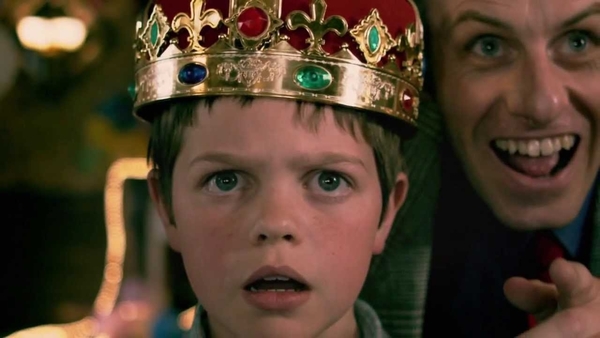 A father’s birthday present to his young son causes a stir.

Just a Little Bit of Love 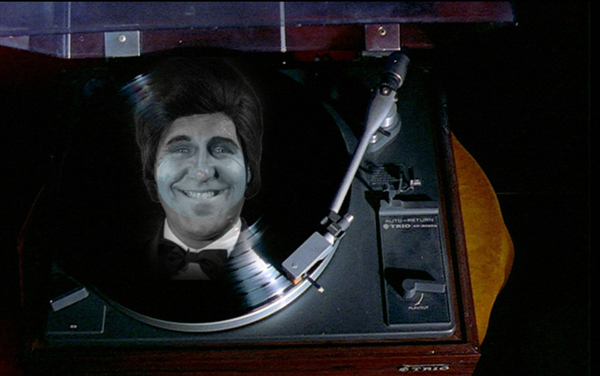 A young  girl who is tired of waiting for the man of her dreams decides to build herself one instead, modelling him on her favourite showband singer, Des Smyth.
Director: Peter Foott
Cinematographer: Noah Davis
2002 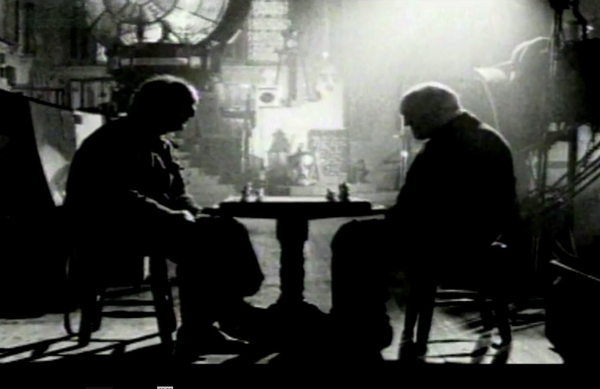 A black-and-white fantasy short in the style of a cinema trailer. 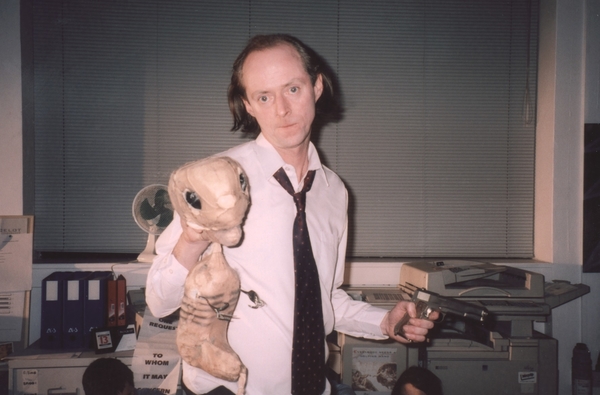 Neil, an estranged office worker consumed by anger towards his boss, has taken five people hostage. His actions, though callous, are under the control of his demonic alter ego, Morgan. The situation is reaching boiling point and the police want to act immediately. ‘Talk to the hand, ‘cause the face ain’t listening.’

Shrine "No one Knows" 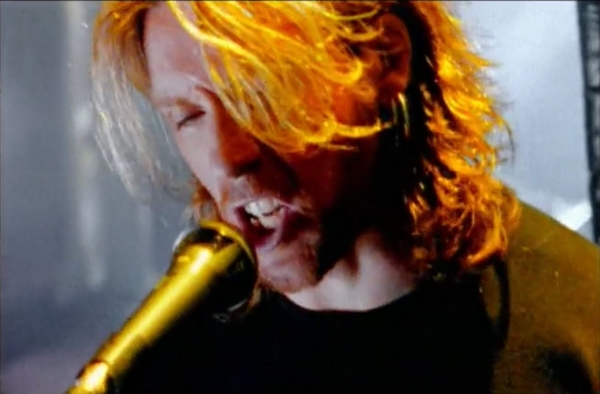 An old man confronts his iniquitous past. A Pop promo for the band Shrine. 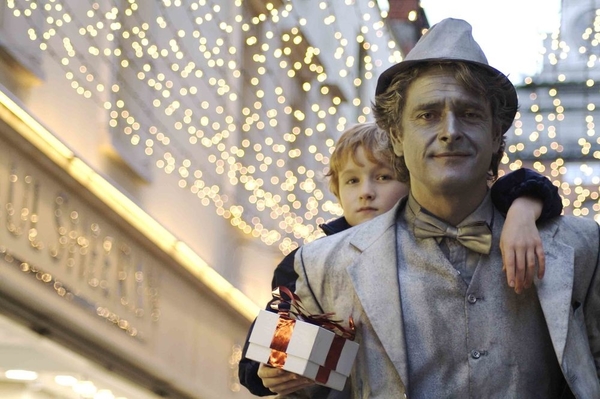 A son presents his father with a special Christmas present. 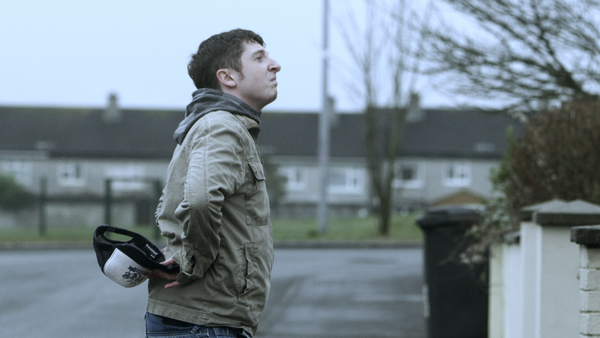 In a rural fishing town, a young alcoholic boy is confronted by the truth that he might never break his routine or leave the town. 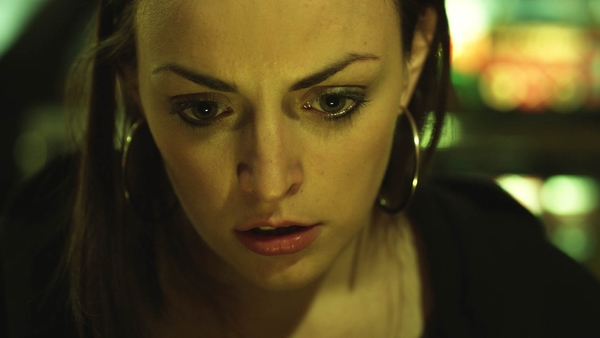 Karen (Nora-Jane Noone) is a young single mother who is bored of her routine. Slot machines have become her secret thrill and addiction. With Christmas looming, a desperate hope for a big win sees her life spiral out of control. 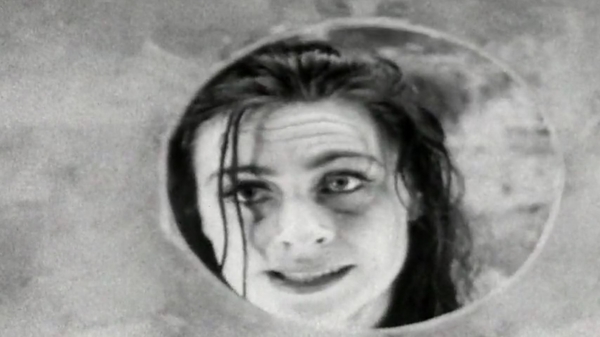 A young teenager is beaten by his mother for masturbating and runs away from home. Living a life of squalor and confusion, he projects on to his hands the guilt and fear instilled in him by his mother. Caught between wanting to touch and fear of touching, his fetishised hands become the object of repeated acts of self mutilation. He decides that the only way to solve his problem is to visit a touch show where he pays to touch a woman. He has no fear of rejection, as he considers it her job to be touched. As he discovers, however, things are never quite so simple. 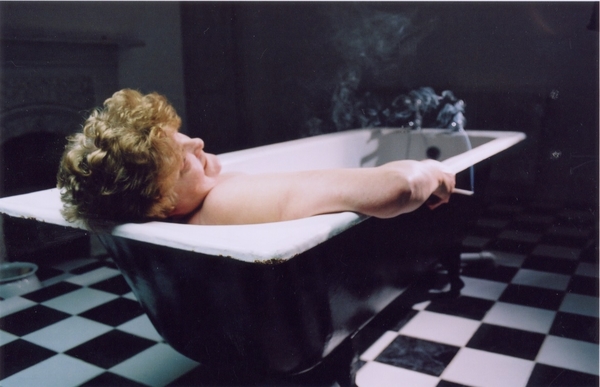 A documentary that reveals a nice big bottom, a big round tummy, and a big, lonely heart.