The aim of "Remembering the Masters" is to accentuate the craft of all those brilliant cinematographers who passed away, and to provoke a discussion about the cinematic possibilities given by the films which over the years set the standards for what we watch today. "Remembering the Masters” became a celebrated Camerimage section, both by the industry professionals and the participants who do not work in the world of film. Throughout the years we have presented masterpieces shot by Jerzy Lipman, John Alcott, Zygmunt Samosiuk, Néstor Almendros, Gunnar Fischer, Kurt Weber, Haskell Wexler, Vilmos Zsigmond, and Raoul Coutard, among others.

This year we will screen two films shot by the legendary British cinematographer Douglas Slocombe. At Camerimage, you will be able to watch the following films on the big screen: 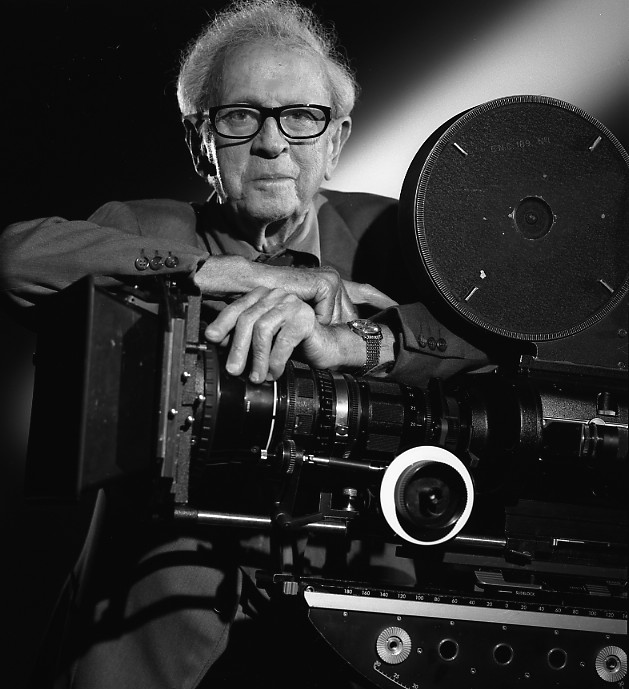 Douglas Slocombe was born on 10 February 1913 in London. He graduated with a degree in Mathematics from the Sorbonne. He soon became fond of cinematography and shot a few amateur films. After returning to London, Slocombe became a photojournalist. In order to warn his compatriots about the inevitability of war, he travelled to Danzig in 1939. At first, he only took pictures, but soon found himself as one of the cinematographers for the documentary Lights Out in Europe directed by the American filmmaker Herbert Kline. The film was released in 1940 and depicted Hitler’s aggression towards Poles and Jews. He filmed the bombardment of Warsaw on September 1939, and soon returned to Britain. For the rest of the war he shot propaganda films for the Ministry of Information. The Ministry cooperated with Ealing Studios in London, where Slocombe, aided by filmmaker Alberto Cavalcanti, started working on feature films.

He made his debut as the cinematographer of Dead of Night (dir. Alberto Cavalcanti, Charles Crichton, Basil Dearden, Robert Hamer, 1945). His realistic, high-contrast cinematographic style was already visible there. After a short time, Slocombe became the leading cinematographer at Ealing Studios. He worked on Basil Dearden's Saraband for Dead Lovers, the first colour film in the history of Ealing Studios (and in Slocombe’s career). He went on to film the famous comedies Kind Hearts and Coronets (dir. Robert Hamer, 1949), The Lavender Hill Mob (dir. Charles Crichton, 1951), and The Man in the White Suit (dir. Alexander Mackendrick, 1951). He was especially proud of how he captured Alec Guinness playing eight different characters in eight different costumes in Kind Hearts and Coronets. To film it, Slocombe used repeated exposure and a fixed camera with painted optical windows.

Working for Ealing Studios, he became a very versatile cameraman. When the studio closed in 1955, he was ready to take on various challenging projects on both sides of the Atlantic.

He was nominated for the Academy Award® in the Best Cinematography category for Travels with My Aunt (dir. George Cukor, 1972), Julia (dir. Fred Zinnemann, 1977), and Raiders of the Lost Ark (dir. Steven Spielberg, 1981). The Servant (dir. Joseph Losey, 1963), The Great Gatsby (dir. Jack Clayton, 1974), and Julia earned him BAFTA awards. The Servant, The Lion in Winter (dir. Anthony Harvey, 1968), Jesus Christ Superstar (dir. Norman Jewison, 1973), The Great Gatsby, and Julia earned him British Society of Cinematography Awards. In 1995, the BSC also gave him a Lifetime Achievement Award.

In 2002, Slocombe won the ASC International Award. Slocombe’s camerawork also contributed to such films as Freud: The Secret Passion (dir. John Huston, 1962), The Fearless Vampire Killers (dir. Roman Polanski, 1967), The Music Lovers (dir. Ken Russell, 1970), Murphy’s War (dir. Peter Yates, 1971), Rollerball (dir. Norman Jewison, 1975), the Indian sequence in Close Encounters of the Third Kind (1977), Indiana Jones and the Temple of Doom (1984), and Indiana Jones and the Last Crusade (1989), all of which were directed by Steven Spielberg.

The Last Crusade was also his last film – due to illness, Slocombe had begun to lose his sight. At that point completely blind, he died on 22 February 2016 at the age of 103.