Celebrated Polish director Krzysztof Kieślowski is best recognized internationally for his metaphysical and stunningly cinematic poems about the fragility of individual experience, yet he was above all a curious and inquisitive observer of the many faces of the human condition. In order to fully explore the beauty and tragedy of being human, Kieślowski collaborated with film professionals who understood the moral complexity and ambiguous nature of his feature projects. He especially loved actors, both as people who contain multitudes of feelings, thoughts and traits, and as performers who bared their souls for him to shape his emotionally intense projects. That is why we named our award to brilliant and nonconformist actors as a tribute to the director and his passion for what is visible as well as hidden underneath our existence. And that is precisely why we are deeply moved to announce that during the 27th edition of EnergaCAMERIMAGE International Film Festival in Toruń the distinction will be presented to a performer who during his evocative career embodied everything Kieślowski held dear – Edward Norton. 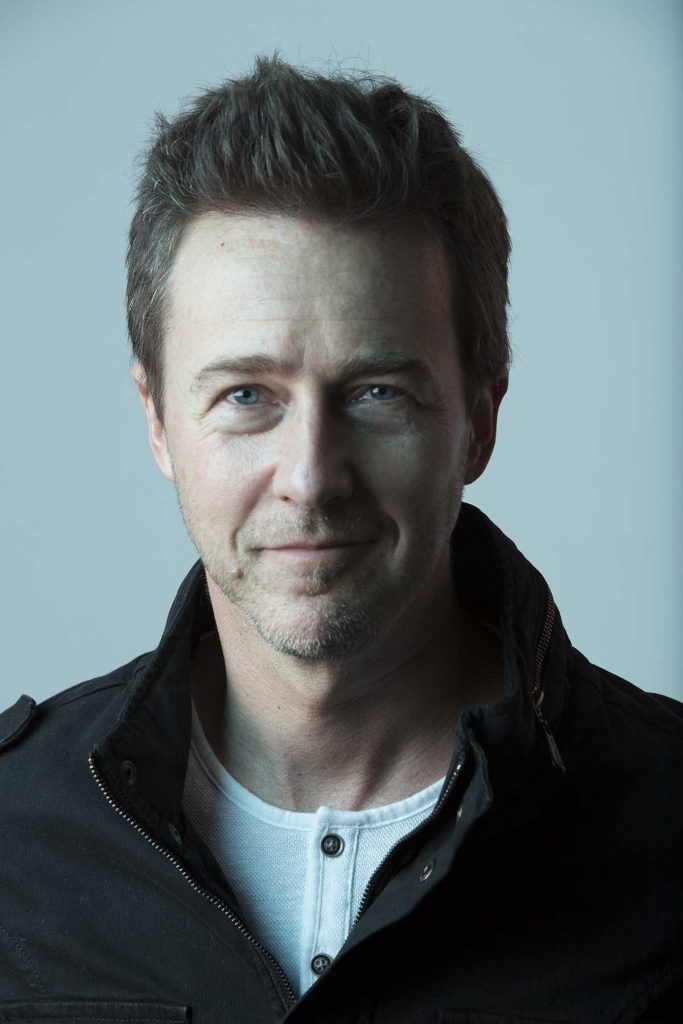 Although Edward Norton is widely acknowledged as an established star of the film industry, his journey to becoming an A-list actor took some interesting twists along the way. His love of acting started young, and after receiving a B.A. in history from Yale University, he moved to New York City to fulfill his acting dream. But before Norton landed his first part in Gregory Hoblit’s courtroom thriller Primal Fear, playing opposite Richard Gere, he refined his acting skill in off-Broadway productions, and worked at various jobs, including some time at The Enterprise Foundation (now Enterprise Community Partners), an organization committed to building affordable housing for low-income families. When Norton finally got his big break in Primal Fear… oh boy, what a debut it was! The role of the stuttering altar boy accused of murder was a tour de force and involved a shocking revelation that rivaled Bryan Singer’s The Usual Suspects. The role earned Norton a Golden Globe and an Academy Award® nomination. Before he was 30, he earned a second Oscar® nod for Tony Kaye’s American History X, playing the neo-Nazi skinhead, Derek Vinyard, trying to bury the memory of his former, brutal self. 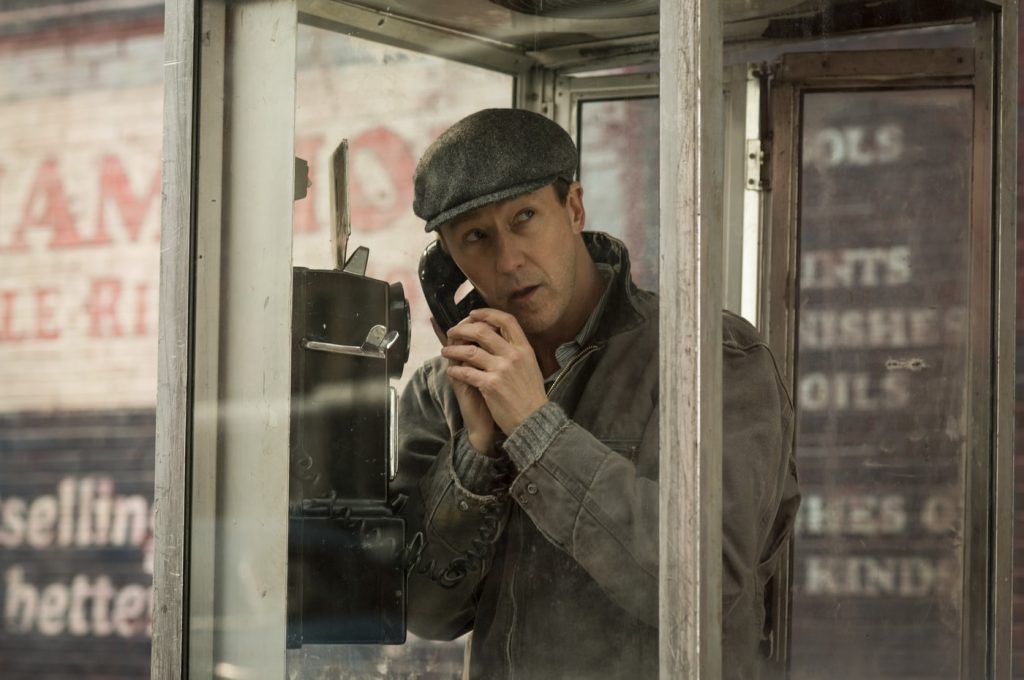 Simply put, true to Alfred Hitchcock’s famous adage, Norton’s instant entry into the industry’s limelight was a bona fide earthquake, and his reputation only grew from there. The dedication and utter passion the ever-committed actor has brought to his parts – whether it was the ecstatically anarchic odyssey of the unnamed white-collar narrator in David Fincher’s Fight Club, the quiet drama of Monty Brogan’s final hours before going to prison in Spike Lee’s elegiac 25th Hour, or the transformation of Dr. Bruce Banner into the fugitive green superhero at the heart of Louis Leterrier’s action romp The Incredible Hulk – made Norton early on a contender for being his generation’s Marlon Brando or Robert De Niro, both with whom, he co-starred in the underrated Frank Oz crime thriller The Score. In the following years, the actor has defied any attempt of pigeonholing and played a vast array of memorable characters, such as troubled children's TV host Sheldon Mopes in Danny DeVito's Death to Smoochy, the poignantly introverted bacteriologist, Walter Fane, literally fighting for his wife’s affection in the midst of a cholera epidemic in John Curran’s The Painted Veil, and the enigmatic Eisenheim, the magician enchanting 19th-century Vienna in Neil Burger’s lavish romance The Illusionist. The list of Norton’s meaningful roles goes on and on. 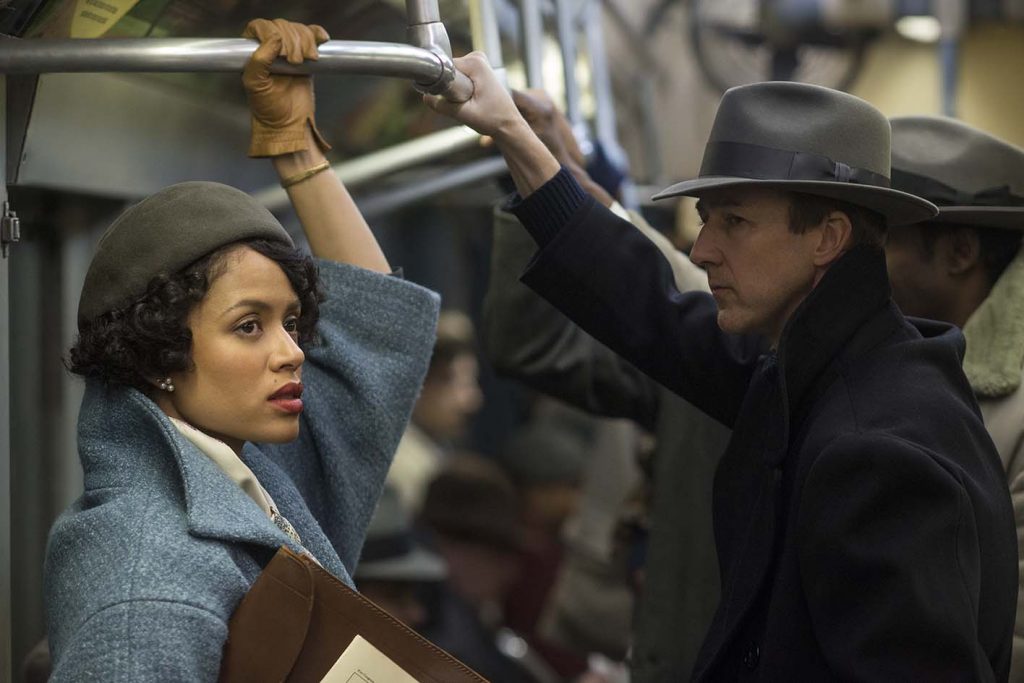 One could, of course, illustrate his versatility with a dozen other examples, from NYPD detective Ray Tierney’s struggle against institutional and familial corruption in Gavin O’Connor’s Pride and Glory, to Norton’s Oscar-nominated bittersweet turn in Alejandro G. Iñárritu’s Birdman or (The Unexpected Virtue of Ignorance) in which he played brilliant Broadway method actor Mike Shiner. And then there is Norton’s creative relationship with Wes Anderson, who cast him as the pedantic scoutmaster in Moonrise Kingdom, captain of the fictitious military police in Grand Budapest Hotel, and bonkers stop-motion futuristic dog in Isle of Dogs. But the true Edward Norton is an artist always looking for new means of expression, if only just to keep the work fresh and meaningful. He is an accomplished environmental activist, who ran the NYC Marathon to help raise funds for a community-based conservation organization that he supports and on whose board he serves, he is the UN Goodwill Ambassador for Biodiversity, a successful business entrepreneur, a seasoned theater performer, who serves on the board of the Signature Theatre Company, a distinguished producer of documentary and feature films, and a director, whose first effort, Keeping The Faith, a romantic comedy with screwball overtones about a love triangle between a Catholic priest, a rabbi, and their childhood female friend, is a treat for all cinephiles. 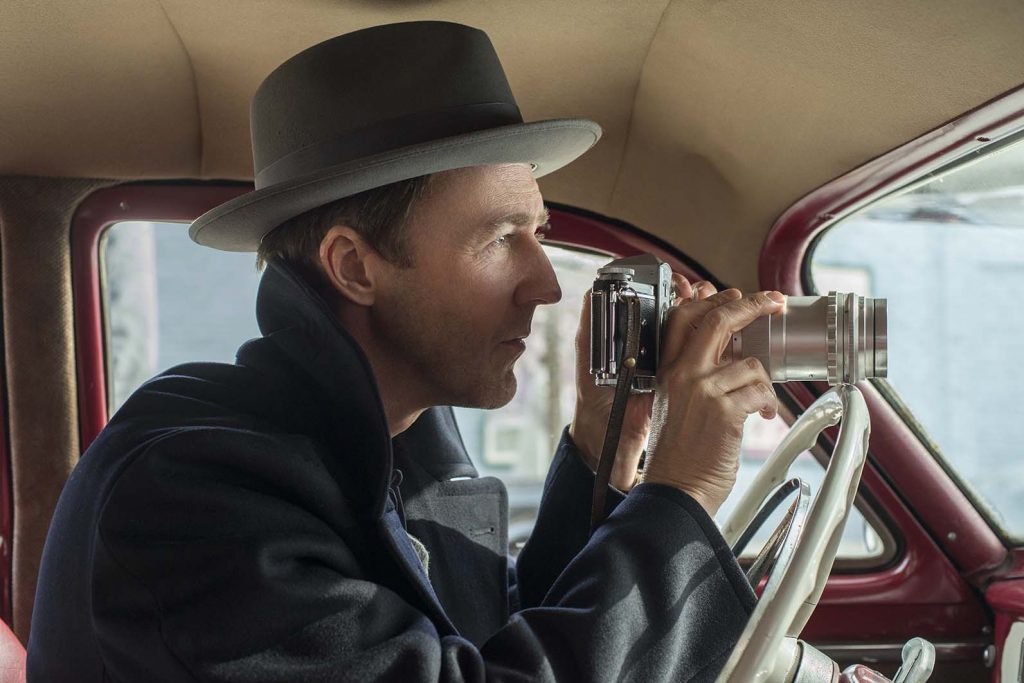 That was in 2000. Now, almost two decades and dozens of great performances later, Norton went back to the director’s chair and filmed his long-gestating project Motherless Brooklyn, a 1950s story of love, betrayal, power, morality, guilt, justice, and one driven gumshoe afflicted with Tourette Syndrome. Apart from directing, producing and writing the film (it being his official screenwriting debut), Norton also took it upon himself to play the main part and made it yet another remarkable character in his impressive oeuvre. The festival’s participants will be able to see it for themselves, as Motherless Brooklyn will be screened in Toruń, an event surely not to be missed, with heavyweights Willem Dafoe, Alec Baldwin, and Bruce Willis, giving their star power to this character-driven film. We could not think of a better recipient for the Krzysztof Kieslowski Award than Edward Norton. Hence, Edward Norton will join our previous recipients, including Gary Oldman, Charlize Theron, Ralph Fiennes, Irene Jacob, Viggo Mortensen, Julia Ormond, John Malkovich, Jessica Lange, and Kenneth Branagh. He will meet with the audience after the screening of Motherless Brooklyn.