During the jubilee, 30th edition of the EnergaCAMERIMAGE festival, we will honor five decades of creative activities, in which Ulrike Ottinger’s aim has always been to expand narratives and formal conventions in various fields of art: film, photography, theater, opera and exhibitions. Her works have always tackled the comforts of viewers’ expectations and forced them to reflect upon something new.

Ulrike Ottinger was born in 1942 and from an early age she showed an interest in the visual arts. Her first art projects were created in the studio in her hometown of Konstanz, then in Paris, where from 1962 to 1969 she studied and worked as an independent artist. The interest in painting, photography and performance art pointed her into the realm of cinema. After returning to East Germany, she founded the "Visuell" Film Club, presenting independent productions from around the world, as well as New German Cinema. 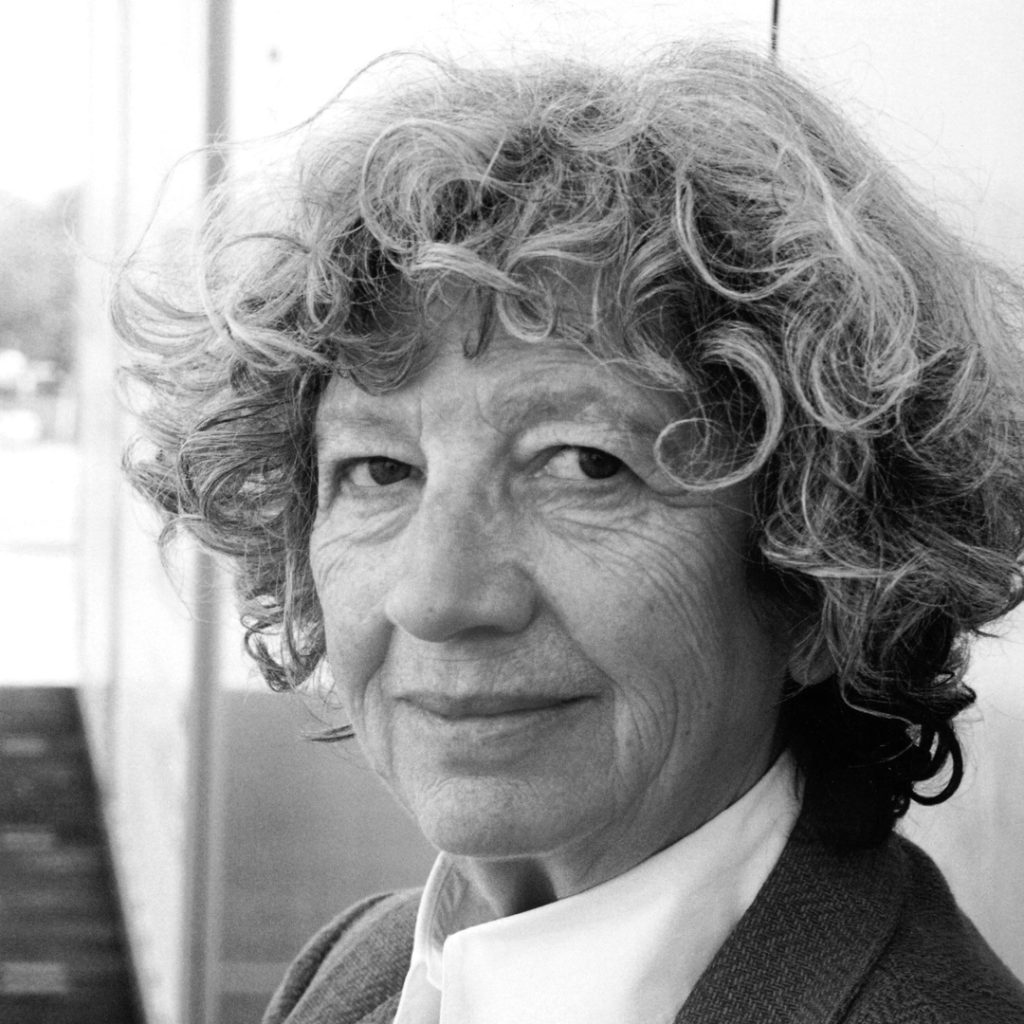 Ulrike Ottinger made her debut in film in 1973 with Laocoön & Sons, in which she outlined her aesthetic and philosophical credo. She fearlessly began the dialogue with culturally dominating male patterns and stereotypical behaviors. In the next movie titled Madame X: An Absolute Ruler (1977), the artist recalled the concept of anti-art and popular cinematic conventions in order to start a dispute about the male point of view. The motion picture brought her international success and was declared a manifesto of the feminist movement in Europe and across the globe. The film tells a story of a group of women escaping the convenient, bourgeois life to become part of all-female pirate crew. This clear reference to the popular back then adventure movies let the author reverse the mythical and fairy-tale conventions and manifest the rebellion against perceptual habits of the spectators and social norms which had prevailed for centuries.

The Berlin Trilogy – the three subsequent films by Ulrike Ottinger - are fascinating stories about the dark sides of city life. Their anti-social meaning clearly refers to the expressionist cinema of the 1920s. In Ticket of No Return (1979) we follow the main protagonist's journey through the gloomy corners of the metropolis and gradually losing herself to alcohol addiction. However, Ottinger is not interested in imitating of reality. The protagonist of the film is accompanied by a mysterious choir commenting on her experiences, as if in an ancient tragedy, while her extravagant outfits shockingly distinguish her from the gray surroundings. We can also find a direct reference to expressionism in Dorian Gray in the Mirror of the Yellow Press (1984). In this film, Delphine Seyrig, an icon of feminist cinema, stars as the diabolical Frau Mabuse. In this variation of a story previously told by Fritz Lang, she becomes the owner of a tabloid in order to influence her surroundings through a series of articles. The power she obtains lets her distort the life of the titular Dorian Gray, whose character was created by Veruschka von Lehndorff, infusing him with androgenic features. That topic of sexual fluidity was also raised in Freak Orlando (1981), in which the director mixed the anti-capitalist notion with aesthetic transgression and the title character, taken straight from the prose of Virginia Woolf. This mysterious being is not obeyed by the laws of nature, and the culmination of his journey over the centuries was the taboo-breaking competition of ugliness. In the postmodern world of Freak City, identities become fluid and temporary, and according to Ottinger, the only link connecting everyone is a thoughtless act of buying and consuming. 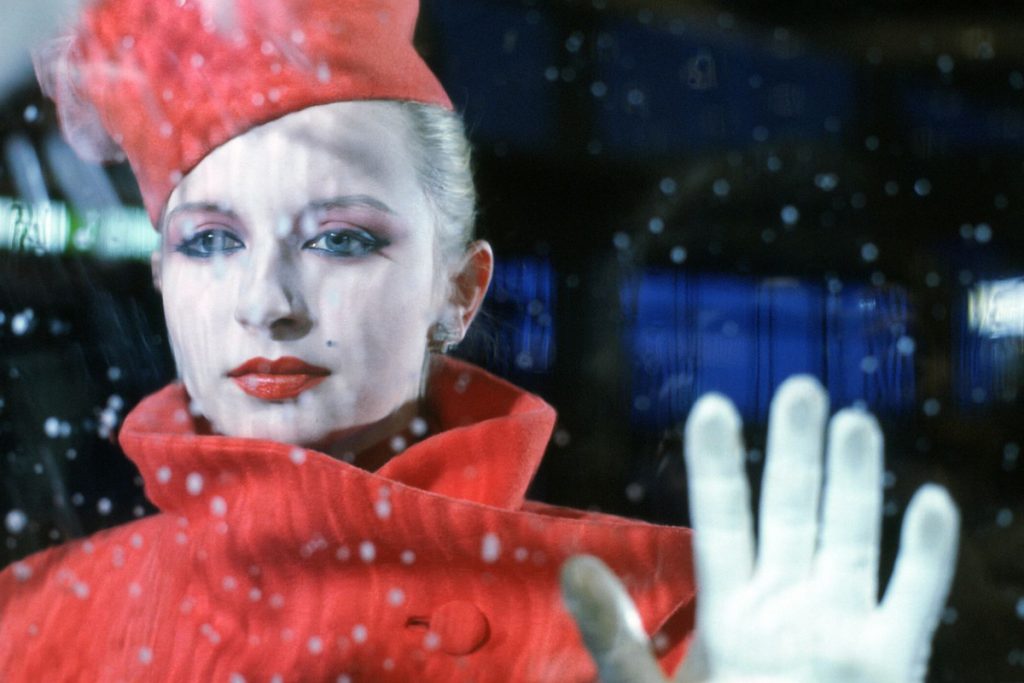 The essence of what critics referred to as the “poetics of fluidity” in Ulrike Ottinger’s work is fully revealed in Joan of Arc of Mongolia (1989) – another emancipatory story about female identity and social constructs. In it, we observe four heroines traveling on the Trans-Siberian Railway, who are kidnapped by the titular princess. In the film, presented as part of the main competition at Berlinale, the director is referring to legends, archetypes and myths, once again creating a female community where the boundaries between the masculine and the feminine are questioned. We witness fictional people, as seen through the eyes of the protagonist-anthropologist, while the film itself takes on the form of an ethnographic reflection on the contrasts between Eastern and Western civilizations. Ottinger used a similar quasi-documentary collision of these two worlds in her next avant-garde production, an adaptation of the drama by Ilya Ilf and Yevgeny Petrov titled The Twelve Chairs (2004). The juxtaposition of the literary prototype with documentary images of Russia in the 19th and 20th centuries and a commentary in German contrasting with the dialogues in Russian, allowed the director to answer the question: what does “Russianness” mean at the beginning of the new millennium? This movie proves particularly relevant today.

The same ethnographic reflection organizes Urlike Ottinger’s documentary films, particularly the ones that are focused on Asia. In her first feature documentary project China – The Arts – The People (1985), the artist focused on everyday rhythm of life in the Middle Kingdom – portraying it in a broad spectrum, from the crowded streets of Beijing to the smallest of villages. The work on the set of Joan of Arc of Mongolia inspired the creation of Taiga (1992), an 8-hour epic on the life of nomads living in that country.

In Countdown (1990), a documentary depicting Berlin after the fall of its wall, the director portrayed integration process between Western Europe and the East. Within this social and political phenomenon, Germans themselves, as well as Poles, Romanians and the Roma became nomadic peoples perceiving emigration as a chance for a new life. The following documentaries of Ulrike Ottinger reflected her numerous travels: Southeast Passage (2002) is a chronicle of rediscovering seemingly forgotten places in Central and Eastern Europe. Prater (2007) constitutes a depiction of a district in Vienna that serves as an amusement park and a meeting place, while Under Snow (2011) depicts a story of residents of Japanese region Echigo, covered with ice for most of the year. In The Korean Wedding Chest (2009), the artist once again portrayed the evolution of a traditional ceremony in the globalized word of permeating cultures. In her most recent and personal documentary, Paris Calligrammes (2020), Ulrike Ottinger returned to the memories of her life in the capital of France in the sixties, its dynamics of artistic bohemia’s lifestyle as well as both political and social turmoil, which shaped major cultural changes in Europe and the world.

Ulrike Ottinger’s body of work is distinguished by unique formal searches, unlimited visual imagination and bold technical experiments. It should be emphasized that the director was also the cinematographer for most of her films.

Join us for the 30th edition of the International Film Festival of the Art of Cinematography EnergaCAMERIMAGE for a chance to meet Ulrike Ottinger, the master of avant-garde cinema.