Stephen Henry Burum, ASC is one of the foremost American cinematographers, who worked during the 1980s on a number of visually impressive films that shaped the cinematic tendencies of the decade. A regular collaborator of Brian De Palma during the last quarter of the twentieth century, Burum lensed several unforgettable feature films that are still widely recognized all over the world.

Stephen H. Burum was born in November of 1939 in Visalia, a small California town near Fresno. His father worked as a distribution manager for the ‘Visalia Times Delta’, and the grandmother on his father’s side was a journalist at ‘The Alta Advocate’. His mother’s side of the family owned ‘The Dinuba Sentinel’, another newspaper published in the same town. Despite his family’s journalistic roots, Burum chose to pursue his interests in photography and cinema. As a teenager, he shot his first films with Kodak Brownie 8mm camera loaned from a photography shop owned by his best friend’s father. 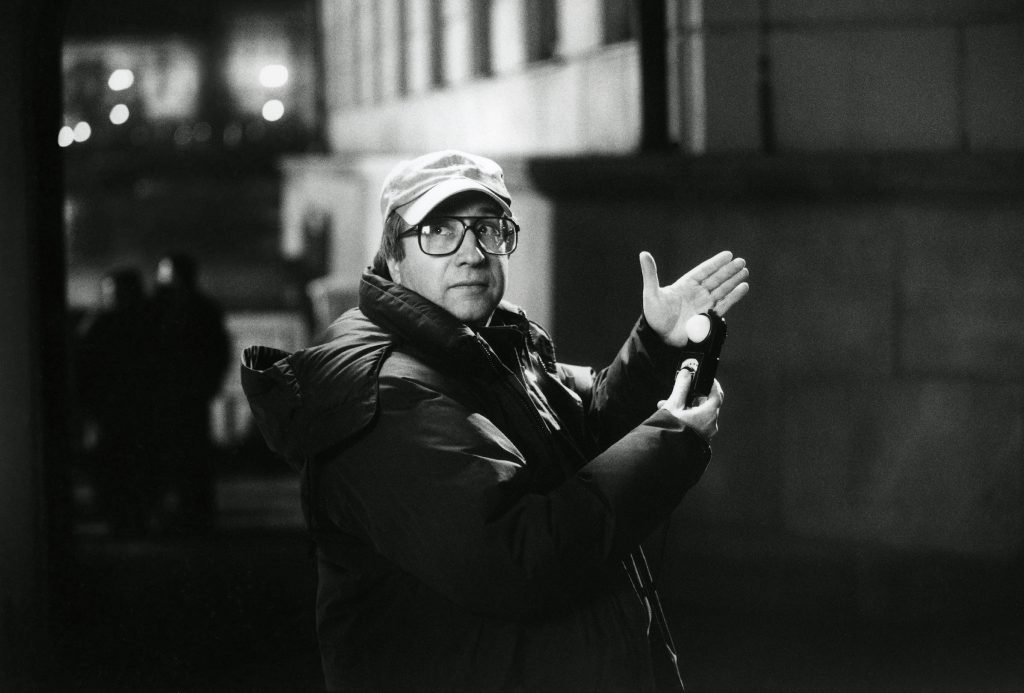 Stephen H. Burum on the movie set
(image courtesy of the ASC Archives)

Burum’s first career steps date to the early 1960s and the UCLA School of Theatre, Film and Television in Los Angeles, where he was guided by some of the most prominent film industry professionals, including cinematographer Charles G. Clarke, ASC (remembered for such films as Moontide, Hello Frisco, Hello, and Carousel), and one of the very first female directors in the history of cinema, Dorothy Arzner, whose films included Working Girls, The Bride Wore Red, or Dance, Girl, Dance. A committed and hard-working student, Stephen H. Burum photographed about fifty student films, shot mainly in black-and-white. During this period of time, he also became a teaching assistant for Charles Clarke’s and Stanley Kramer’s classes.

His first professional experience of working behind the camera came in 1964 on the wildlife television series, The NBC Wonderful World of Color, produced for the Disney Studios. After he was drafted in 1965, Burum shot training films for the U.S. Army Pictorial Center in New York. Following his two-year military service, Burum returned to California. Due to initial difficulties in joining the union, he first worked on commercials and TV programs, as well as low-budget and independent film productions. These included Scream Bloody Murder directed by Marc B. Ray, and very popular TV series, Little House on the Prairie, for which Burum shot countless MagiCam inserts. His creative potential was recognized already when he shared a technical craft Emmy Award for visual effects on the popular science TV program, Cosmos (1980), aired on PBS.

In 1976, Stephen H. Burum worked as the second unit cameraman and director on the set of his first feature film, Apocalypse Now, directed by Francis Ford Coppola, whom he befriended at UCLA, and then on the second unit of The Black Stallion, directed by his other UCLA colleague, Carroll Ballard. Even though he began his career as cinematographer in 1964, Burum’s formal debut as a fully-fledged director of photography in a feature film dates to 1982 when he worked on The Escape Artist, a story of a boy exploring the magician’s world, directed by Caleb Deschanel.

A year later, Burum joined Coppola on two adaptations of very popular novels by Susan Eloise Hinton. Lyrical in its expression, The Outsiders and, most of all, the provocative Rumble Fish, constitute not only a modern take on the juvenile crime but also, due to its avant-garde form, these two films significantly influenced the stylistic direction and the development of a music video as a film genre. Stephen Burum’s black-and-white images with their artful interplay of light and shadow in Rumble Fish take us to a timeless, dream-like reality of the 1950s. The world of juvenile criminals from Oklahoma is filled with strong emotions. Alike in terms of composition, The Outsiders and Rumble Fish feature unexpected framing, shadow play, and show some affinity with the expressionism of silent films and classic Hollywood musicals. 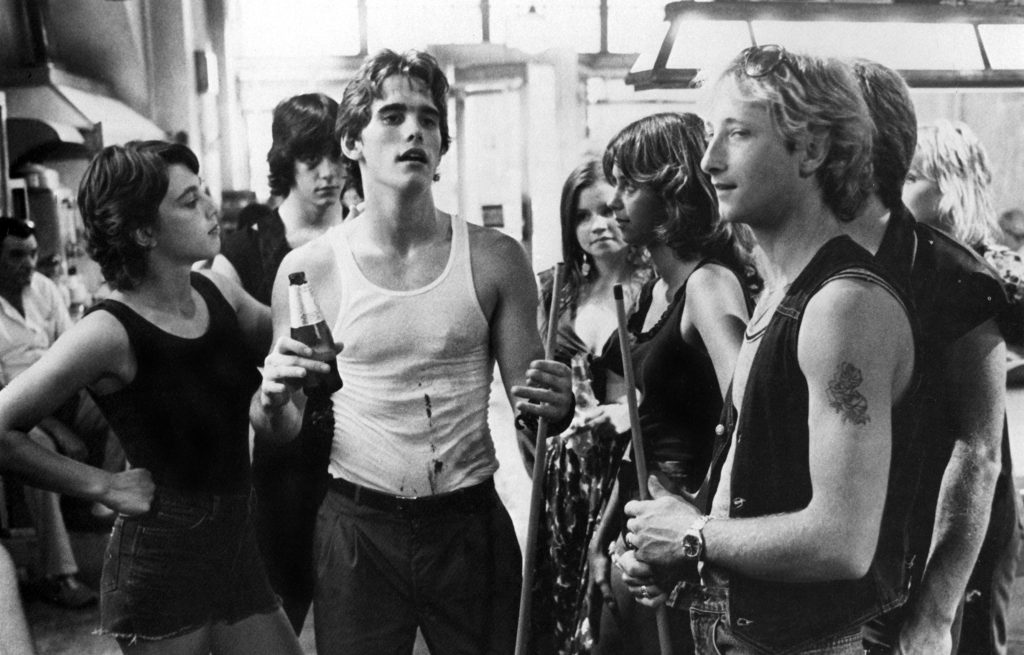 Burum’s career began to flourish in the early 1980s. The fascinating war drama Uncommon Valor (dir. Ted Kotcheff), a bittersweet story of a group of friends entering adulthood St. Elmo’s Fire (dir. Joel Schumacher), or the fast-paced crime film 8 Million Ways to Die (dir. Hal Ashby), all come from this period of time. At this point in his career Burum also met Danny De Vito for whom he shot a grotesque black comedy The War of the Roses (1989), and Hoffa (1992), a critically-acclaimed biopic, for which he received a nomination for the Academy Award® in the Best Cinematography category.

Above all, however, Stephen H. Burum is most famous for his collaboration with the director Brian De Palma with whom he made a total of eight films exploring variety of genres. They included Body Double (1984), The Untouchables (1987), Casualties of War (1989), Raising Cain (1992), Carlito’s Way (1993), Mission: Impossible (1996), Snake Eyes (1998) and Mission to Mars (2000). Working alongside De Palma shaped Burum’s visual style and transformed him into an experienced and mature cinematographer, sensitive to the aspects visualizing a story and fulfilling director’s expectations. 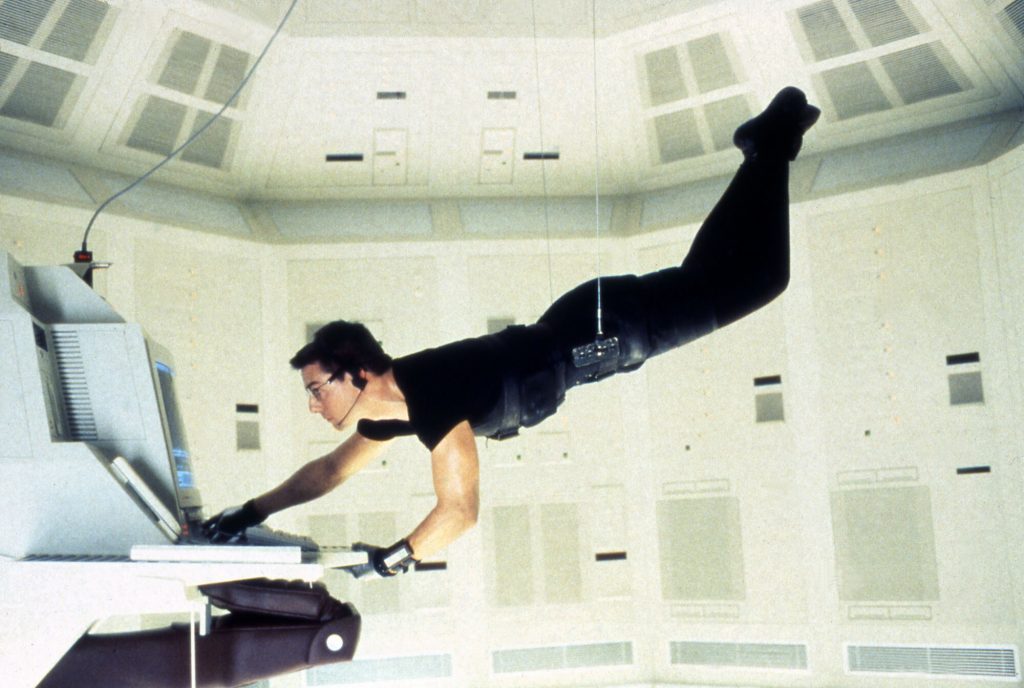 In the Academy Award® for Best Supporting Actor winner, The Untouchables – a story of a determined federal agent who chases the merciless Al Capone – Burum and De Palma presented a universal story of a battle between good and evil that fits perfectly into the archetype of this type of cinema. Burum also fully supported the directorial vision on Carlito’s Way, a story of a Puerto Rican criminal who shortly after leaving prison tries to redefine his life. This purposefully slow-paced dramatic tale underscores deep social issues. Burum’s elegant photography ideally complements the intimate and contemplative mood, making this gangster action movie difficult to classify. 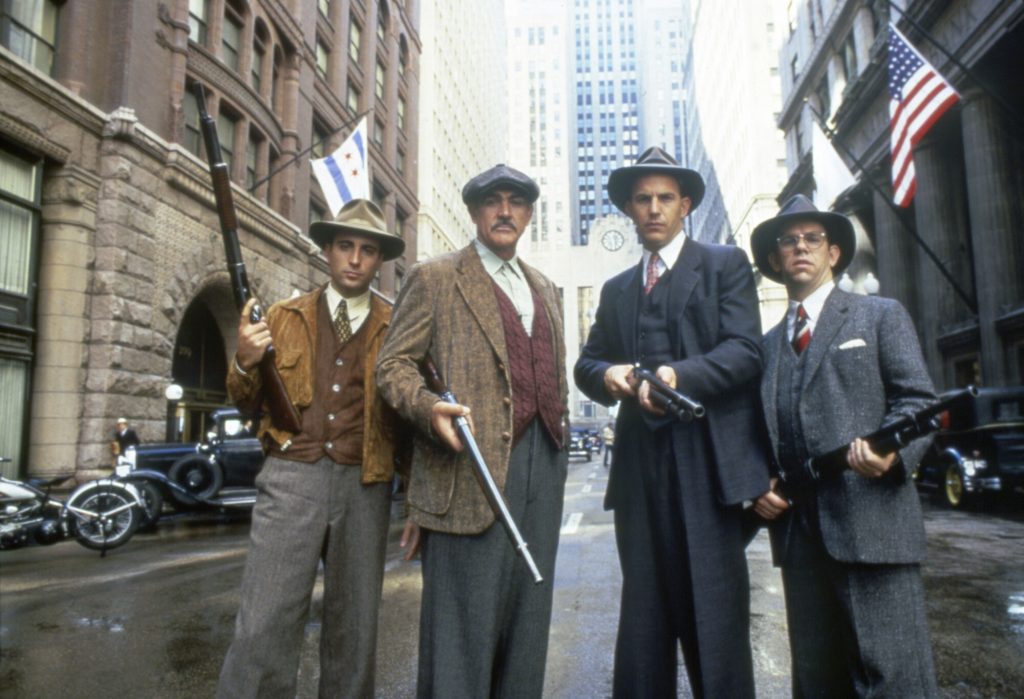 In a heartrending war drama, Casualties of War, the Burum – De Palma duo painted a horrifying image of the Vietnam War that set aside pompous battles and patriotic heroism by concentrating on individual human tragedies and men facing incomprehensible cruelty. The movie is both cerebral and painfully truthful – a feat achieved through Burum’s naturalistic and devoid of unnecessary showiness cinematography.

Snake Eyes, on the other hand, revealed Burum’s ability to develop a complex plot in a methodical and multi-dimensional way. With its references to chiaroscuro and the 1940s film noir themes, Stephen Burum’s photography perfectly depicted the distinctive dynamism of action corresponding with the charismatic performance by Nicolas Cage. The impressive initial sequence lasting twenty minutes was made in a master shot style which left a strong imprint on the classic action cinema. 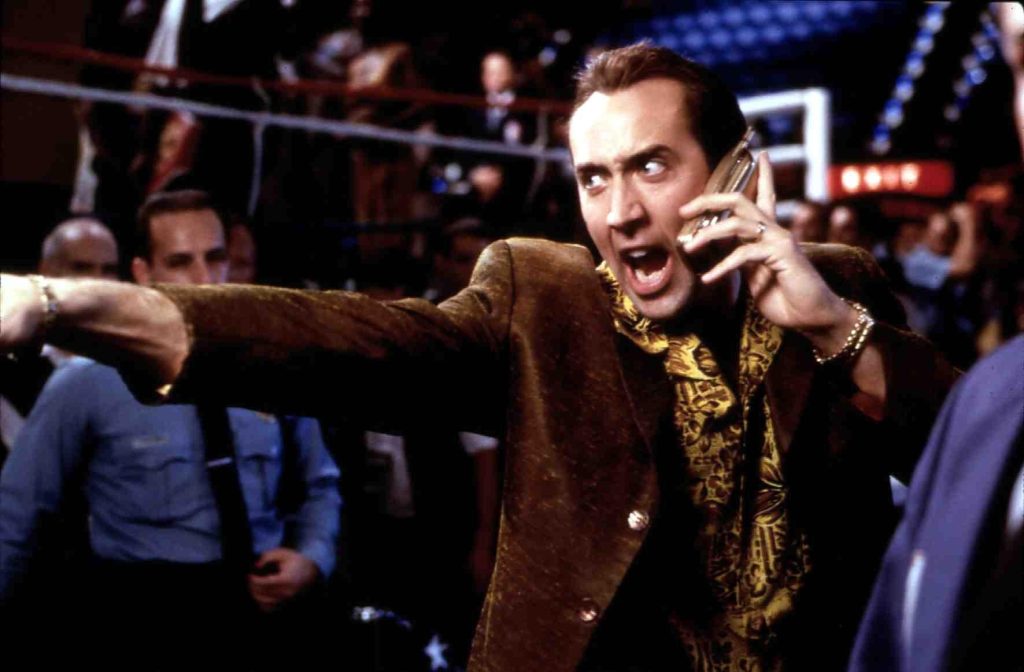 Towards the end of his professional career that spanned almost forty years, Burum returned to his roots by conducting special film classes as part of The Kodak Cinematographer-in-Residence program at his alma mater, the UCLA Film School.  As a dedicated and passionate teacher for a new generation of filmmakers, Burum’s UCLA residency in 2006-2007 not only proved very popular but also gave him a chance to share his extensive knowledge and experience with younger generations of cinematographers.

Regardless of the genre, Stephen H. Burum is one of the cinematographers who feel comfortable in any established convention and style, and are able to accurately interpret director’s intentions. His intuitive sensing of the atmosphere of a story and the ability to convey its features in an image was appreciated not only by the international audiences, but also throughout the film industry. Burum’s images and his willingness to adopt novel approaches and stylistic solutions earned him universal respect and acclaim among his audiences and colleagues.

Stephen H. Burum’s achievements led to the American Society of Cinematographers Award nominations for The Untouchables (1988) and The War of the Roses (1990), and the prestigious ASC Award for Cinematography in Hoffa (1993), which also brought him the Oscar® nomination. He is also a laureate of the Lifetime Achievement Award granted in 2008 by the American Society of Cinematographers. The EnergaCAMERIMAGE Festival is pleased to recognize Stephen H. Burum with the 2022 Lifetime Achievement Award.

Stephen H. Burum, ASC will collect the award in person in Toruń, during the jubilee edition of EnergaCAMERIMAGE 2022, which is held from 12th till 19th November and festival participants will have the opportunity to admire some of his films.