We announce the line-up of the TV Series Competition of the 30th edition of EnergaCAMERIMAGE International Film Festival.

The eight episodes follow the mysterious circumstances around the voyage of an immigrant ship from Europe to New York. The passengers, all of different backgrounds and nationalities, are united by their hopes and dreams for a new century and their future abroad. When they discover a second ship adrift on the open sea that has been missing for months, their journey takes an unexpected turn. What they find on board will turn their passage to the promised land into a nightmare-like riddle, connecting each of the passenger’s pasts through a web of secrets. 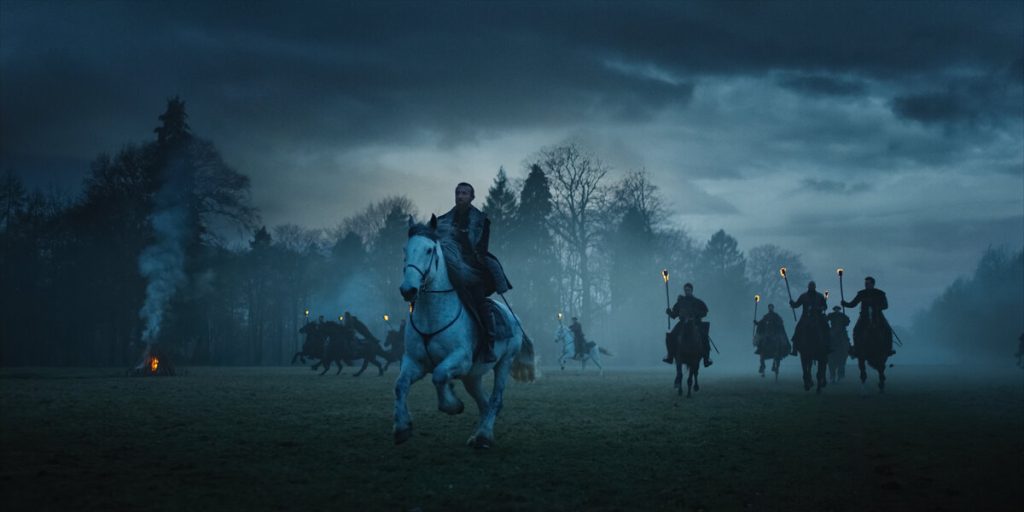 Becoming Elizabeth is the untold story of England’s most iconic Queen, long before she ascended to the throne. Henry VIII’s death throws a young orphan, Elizabeth Tudor into the unpredictable and dangerous English court. As her 9-year-old brother is crowned king and the great families of England and the powers of Europe vie for control of the country, Elizabeth can become either pawn or player. 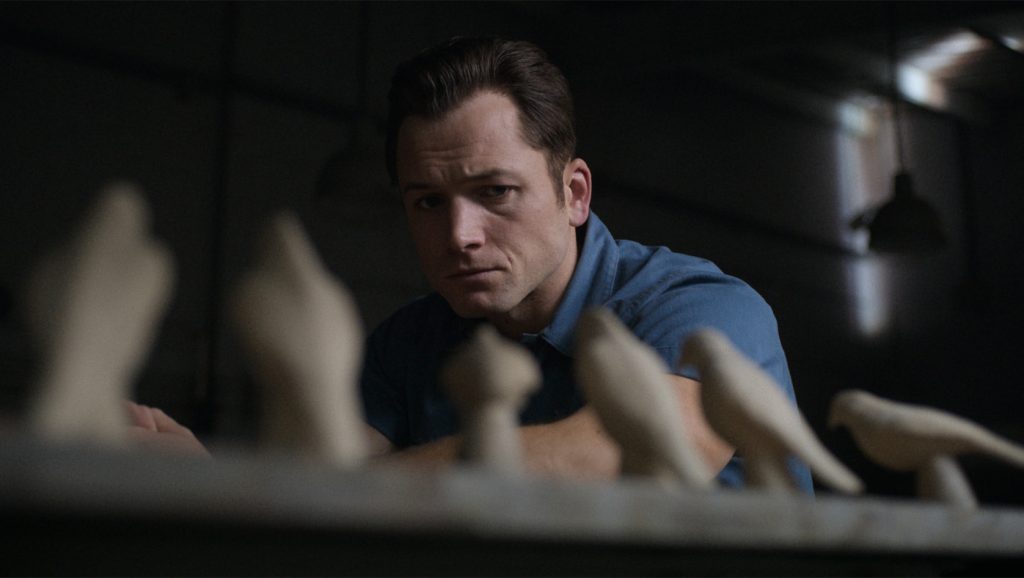 Inspired by actual events: when high school football hero and decorated policeman’s son Jimmy Keene (Taron Egerton) is sentenced to 10 years in a minimum-security prison, he is given the choice of a lifetime — enter a maximum-security prison for the criminally insane and befriend a suspected serial killer Larry Hall (Paul Walter Hauser), or stay where he is and serve his full sentence with no possibility of parole. Keene quickly realizes his only way out is to elicit a confession and find out where the bodies of several young girls are buried before Hall’s appeal goes through. But is this suspected killer telling the truth? Or is it just another tale from a serial liar? This dramatic and captivating story subverts the crime genre by enlisting the help of the very people put behind bars to solve its mysteries. 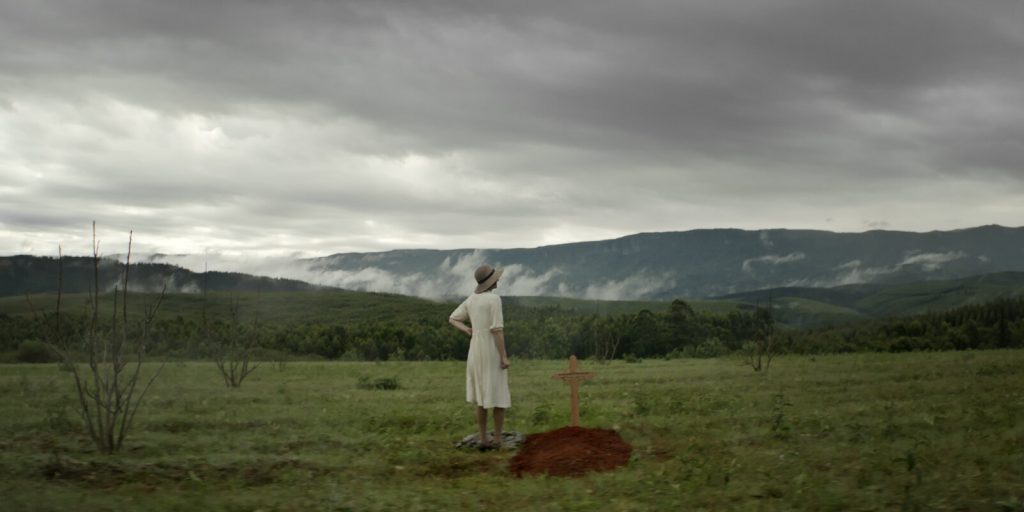 The Dreamer – Becoming Karen Blixen is a six-part drama series set in the 1930s and tells the story of how Karen Blixen became a world-famous writer. Connie Nielsen plays Out of Africa author Karen Blixen. The series is the story of one woman’s struggle to find her place in life while freeing herself from the expectations of family and society. The series takes place in the 1930s and follows Karen Blixen’s return to her childhood home in Denmark after many years in East Africa. Penniless, sick, divorced and with her dreams in ruins, the series shows Blixen’s journey from her lowest point to becoming a renowned writer. The series includes visualizations of her deepest thoughts and the magical universe of Blixen’s stories as well as flashbacks to her years in East Africa 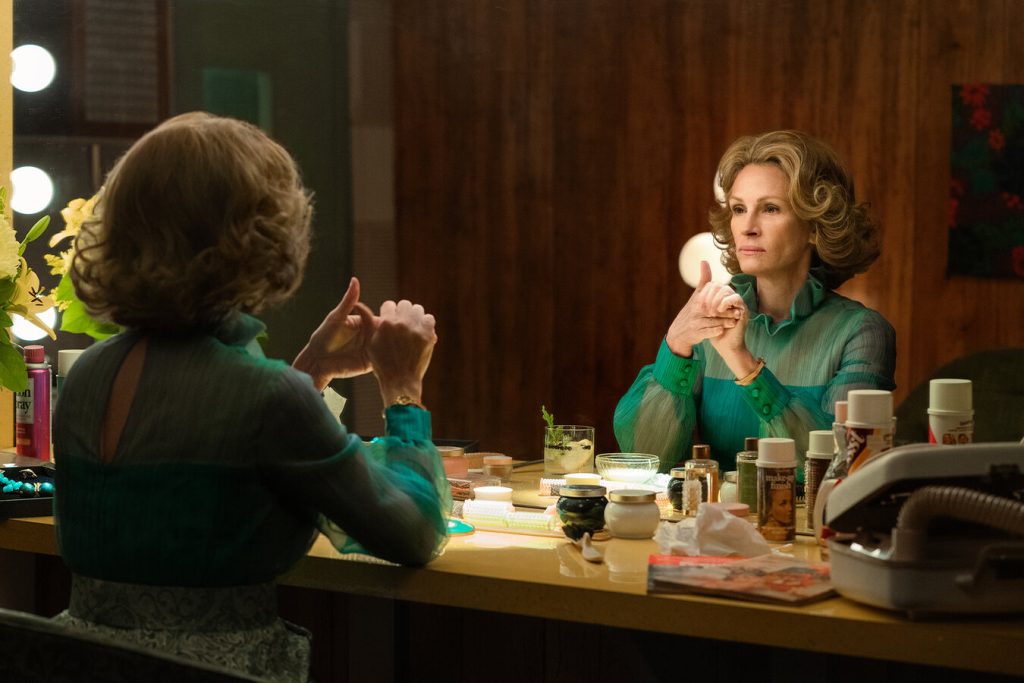 Gaslit is a modern take on the Watergate scandal through the long-neglected lens of the lesser-known but no-less-key players involved in the downfall of America’s 37th president – from Nixon’s bumbling, opportunistic subordinates, to the deranged zealots aiding and abetting their crimes, to the tragic whistleblowers who would eventually bring the whole rotten enterprise crashing to the ground. 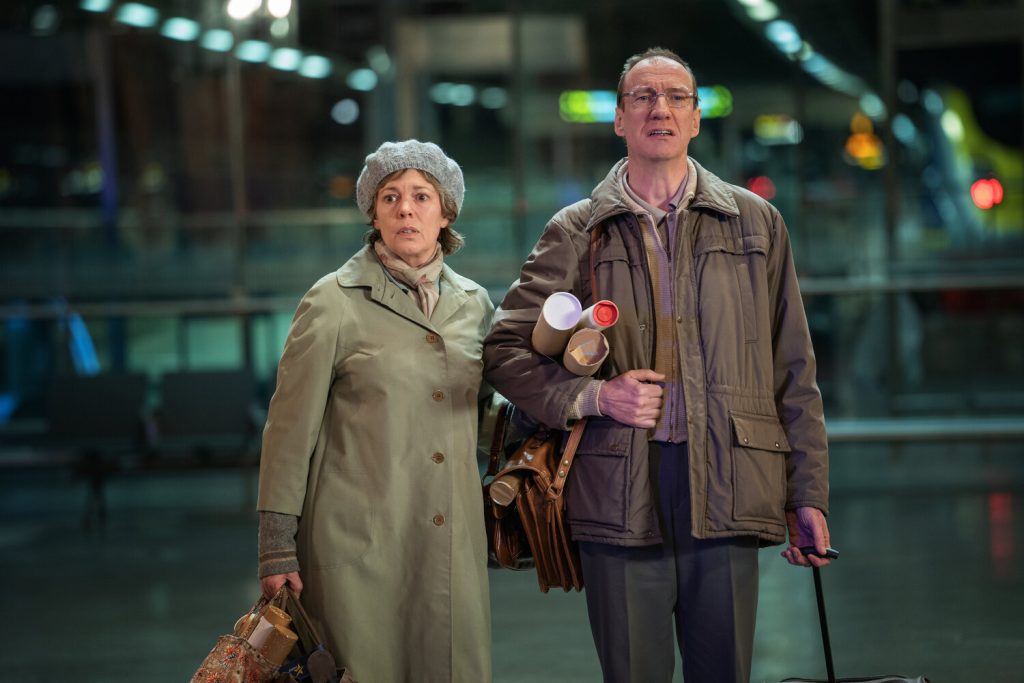 Inspired by real events, Landscapers tells a unique story of a seemingly ordinary couple, Susan and Christopher Edwards, misfits on the run from reality, who cast themselves as Hollywood heroes in a love story tainted by a secret buried in the garden. Landscapers tells a unique love story involving a seemingly ordinary couple who become the focus of an extraordinary investigation when a couple of dead bodies are discovered in the back garden of a house in Nottingham. Mild-mannered husband and wife Susan (Olivia Colman) and Christopher Edwards (David Thewlis) have been on the run from reality for over 15 years. When Christopher makes a startling call home to his step-mother, their role in a terrible crime that remained undiscovered for over a decade begins to emerge into the light. As the investigation moves forward, inspired by Susan's obsession with old Westerns and classic cinema, the fantasists cast themselves as Hollywood heroes in narratives of their own invention.


THE LORD OF THE RINGS - THE RINGS OF POWER: A SHADOW OF THE PAST 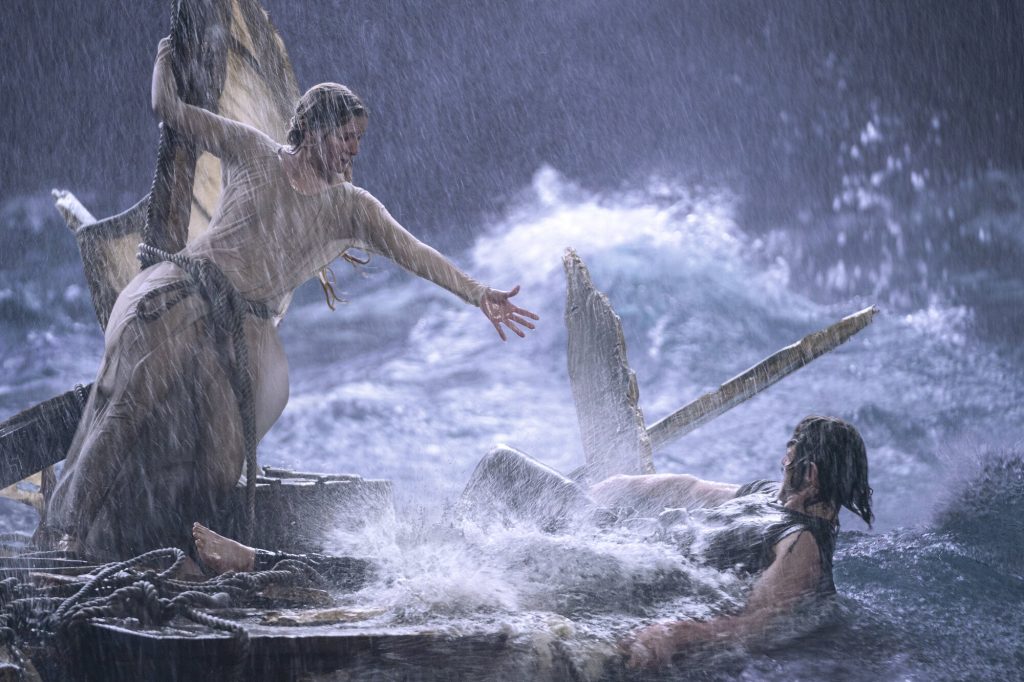 Prime Video's The Lord of the Rings: The Rings of Power brings to screens for the very first time the heroic legends of the fabled Second Age of Middle-earth's history. This epic drama is set thousands of years before the events of J.R.R. Tolkien’s The Hobbit and The Lord of the Rings, and will take viewers back to an era in which great powers were forged, kingdoms rose to glory and fell to ruin, unlikely heroes were tested, hope hung by the finest of threads, and the greatest villain that ever flowed from Tolkien’s pen threatened to cover all the world in darkness. Beginning in a time of relative peace, the series follows an ensemble cast of characters, both familiar and new, as they confront the long-feared re-emergence of evil to Middle-earth. From the darkest depths of the Misty Mountains, to the majestic forests of the elf-capital of Lindon, to the breathtaking island kingdom of Númenor, to the furthest reaches of the map, these kingdoms and characters will carve out legacies that live on long after they are gone.

THE MAN WHO FELL TO EARTH: HALLO, SPACEBOY 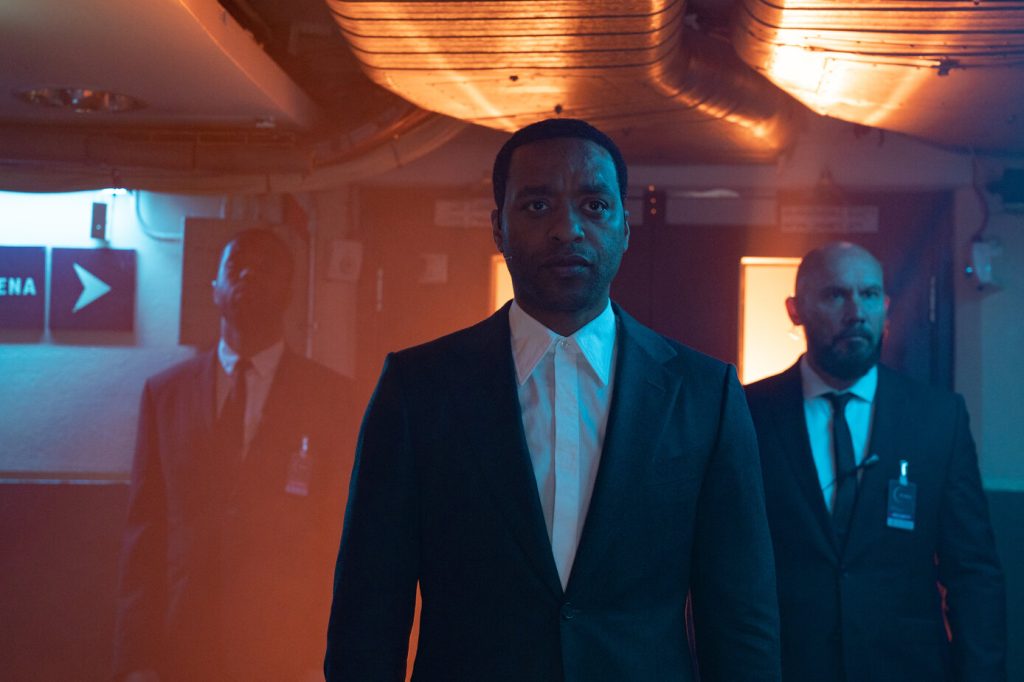 Inspired by the Walter Tevis novel of the same name and the iconic David Bowie film, The Man Who Fell to Earth follows a new alien character (Chiwetel Ejiofor) who arrives on Earth at a turning point in human evolution and must confront his own past to determine our future. Naomie Harris plays Justin Falls, a brilliant scientist and engineer who must conquer her own demons in a race to save two worlds. 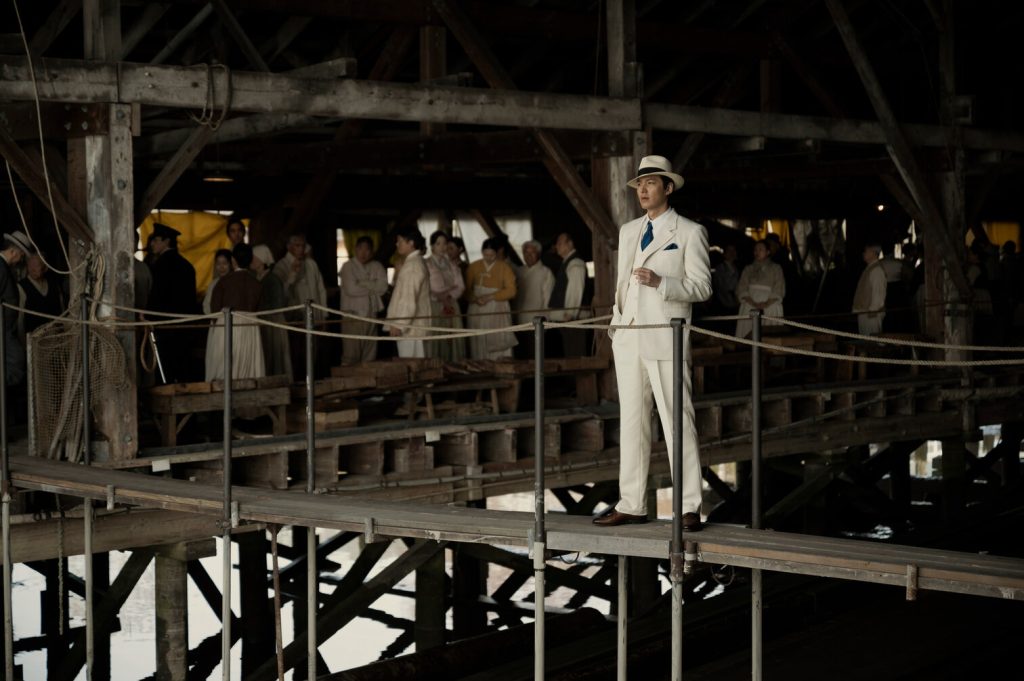 Epic in scope and intimate in tone, the story begins with a forbidden love and crescendos into a sweeping saga that journeys between Korea, Japan and America to tell an unforgettable story of war and peace, love and loss, triumph and reckoning.

PISTOL - TRACK 1: THE CLOAK OF INVISIBILITY 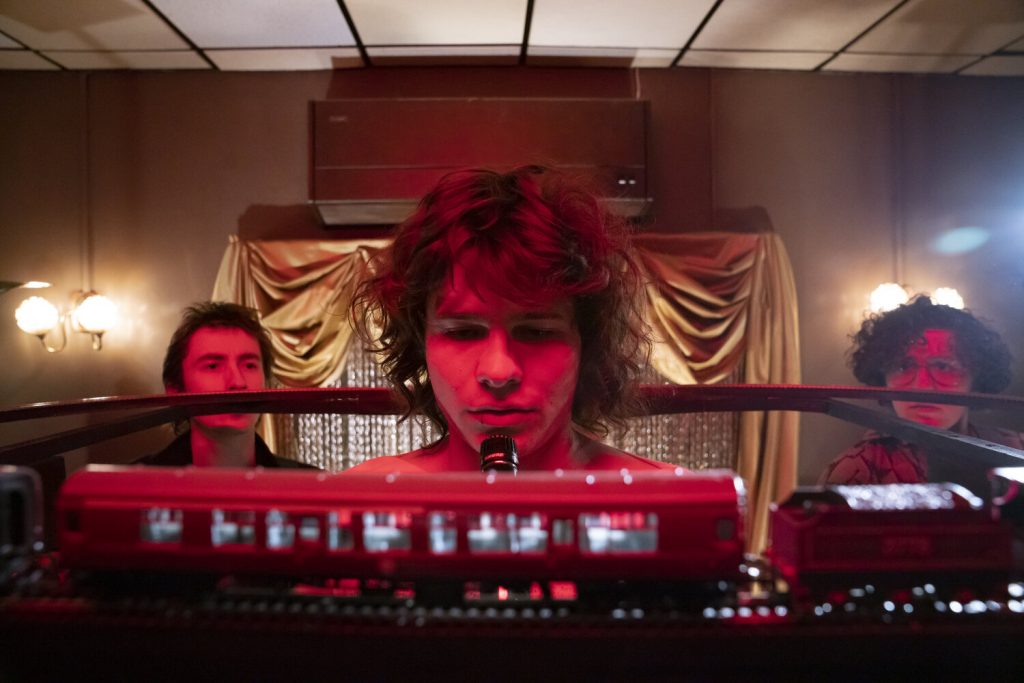 Pistol is a six-episode limited series about a rock and roll revolution. The furious, raging storm at the center of this revolution are the Sex Pistols - and at the center of this series is Sex Pistols’ founding member and guitarist, Steve Jones. Jones’ hilarious, emotional and at times heart-breaking journey guides us through a kaleidoscopic telling of three of the most epic, chaotic and mucus-spattered years in the history of music. Based on Jones’ memoir Lonely Boy: Tales from a Sex Pistol, this is the story of a band of spotty, noisy, working-class kids with “no future,” who shook the boring, corrupt Establishment to its core, threatened to bring down the government and changed music and culture forever.