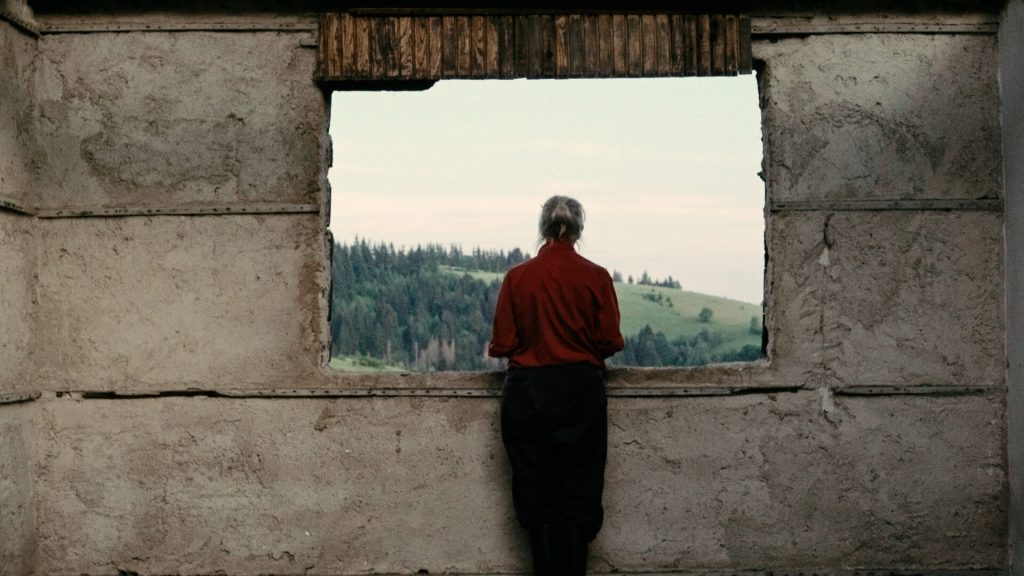 Boja is living the last years of her life, working hard on the family farm located among the war-scarred ruins of Močioci, a ghost village in the mountains above the city of Sarajevo (Bosnia and Herzegovina). Her brother’s patriarchal reign additionally weights on the inescapable routine of Boja’s life. To escape, Boja searches for solace in the pastoral visions of nature, as she roams through the memories of days gone by.

Chemnitz used to be an East German industrial metropolis and for the young people the path to adulthood was usually well defined - they obtained their training and sometimes remained in the same company for decades. These certainties no longer exist. Nowadays, the young generation in their early twenties has big dreams and all the possibilities, at least in theory - but they also have parents who experienced the exact opposite back in their twenties. So it’s very easy for both generations to feel misunderstood. Chemnitz is no longer the industrial metropolis it once was, but this is also nothing new… Chemnitz is something in-between and if it realized this fact, the young generation could be its future.

Every year in northern Canada, polar bears migrate to Hudson Bay to hunt seals. From October to November, while waiting for the pack ice to form, they take up residence on the outskirts of the town of Churchill – with a population of 800. Hunted since the old days and now safari stars, the bears have become a tourist attraction and therefore a considerable source of income for Churchill. The small town is a unique illustration of the complex links between our modern world and the so-called ‘wild’ or natural one. 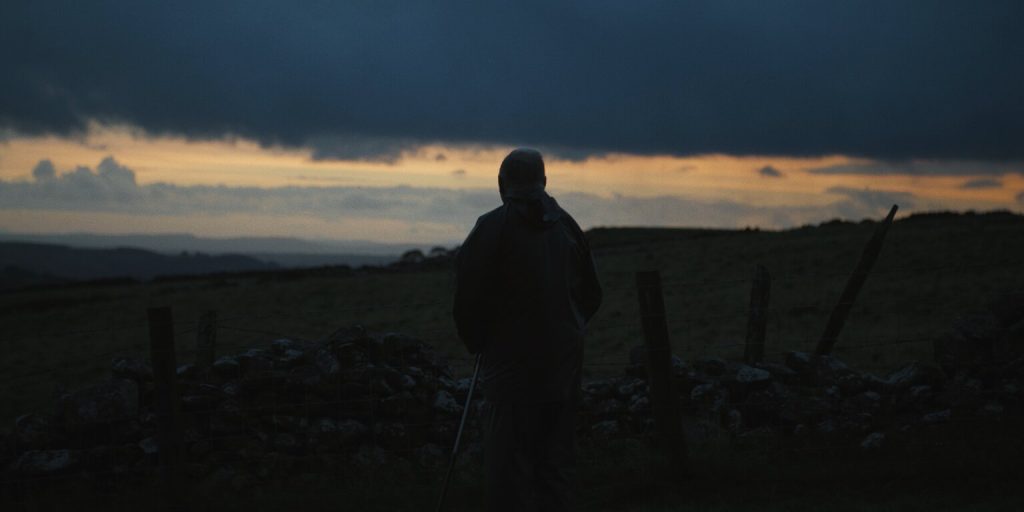 Heart Valley follows a day in the life of Wilf Davies, a shepherd from the small village of Cellan in Wales. Kind and inquisitive, the film looks at the world through Wilf’s eyes, asking questions about the things that we should truly value. 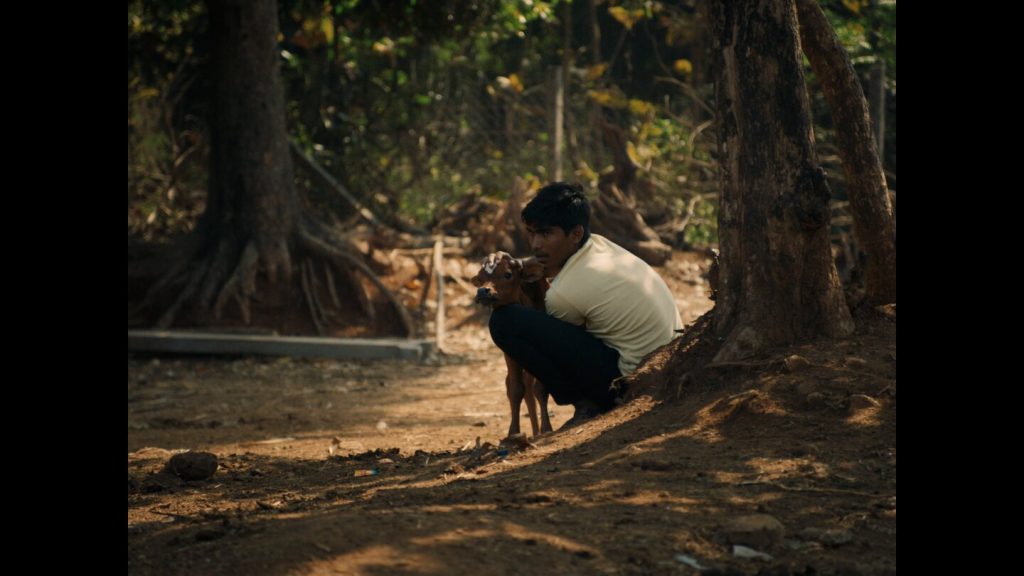 A Hindu teen and his friends tread the bizarre world of a ‘cow protection’ vigilante group to end cow slaughter, exploring what it means to be a saviour of the holy cow in modern day India. The film takes a hybrid approach to shed light on the growing Hindu nationalist influence on youth and their brand of retributive justice in the name of the cow. All while the stray cattle forage the garbage dumps, on the streets of the same country that considers it sacred.

Two women sustain a world where care is in ruins. Gladys, from her everlasting confinement in the house where she works as a live-in servant. Ima, in her everlasting waiting on the seashore for the next ship breaking its nets. Both have unrecognised jobs in which duties invade them until there’s no room for their own lives. It doesn’t matter what time their phones ring. Gladys can never answer, Ima is obliged to answer at all times. They both have to leave their families behind. Spaces that are work, work that is about houses and houses that are not always homes. The memories of their experiences are intertwined in a sensory story that leads us to a question: whose hands are the ones to change the situation? 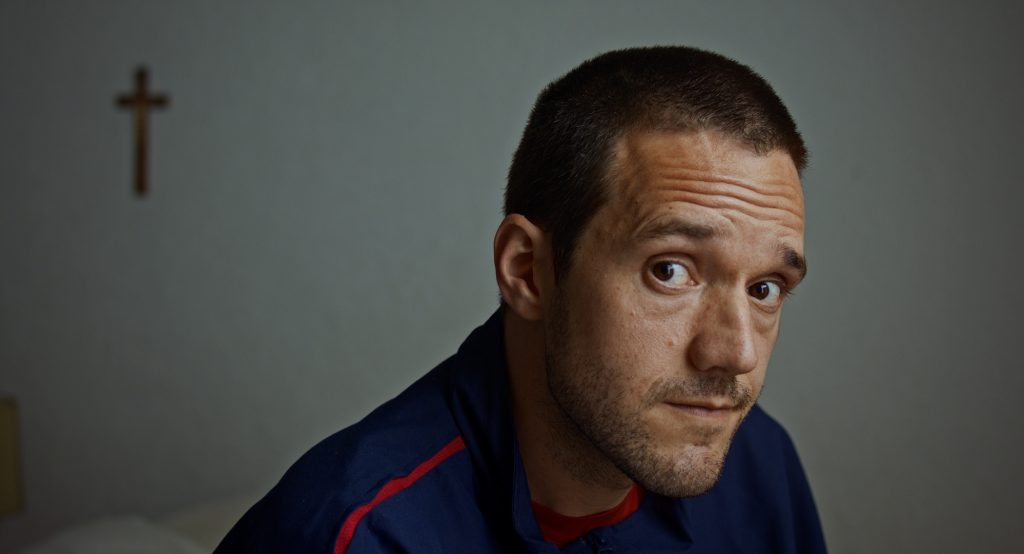 Jaime, a 33 years old man, has been in a mental institution for almost half of his life. Through a series of conversations, Jaime shares his world view, his fears, his feats and a secret. 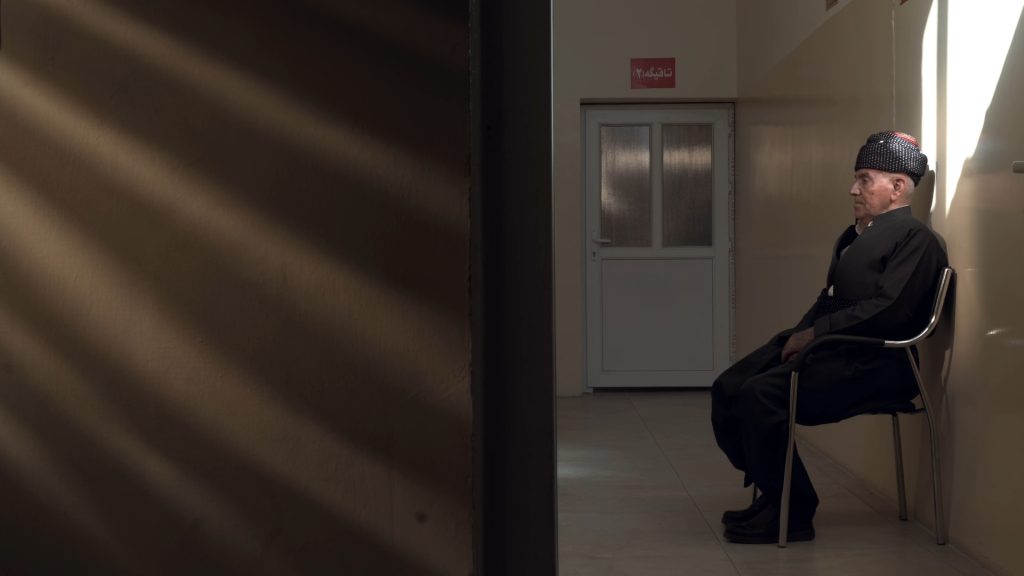 The documentary Laboratory No. 2 is the story of an old man who has been working in the autopsy department of Sulaymaniyah University of Medical Sciences for 14 years. During these years, he works on a corpse. Finally, he retires and decides that...

Long Line of Ladies intimately observes the months-long process of one girl and her tight-knit Karuk community as they come together to prepare for her Ihuk, the coming-of-age ceremony for girls which went dormant for over 120 years due to the violence and destruction brought on by the Gold Rush. In the weeks leading up to her Ihuk, Ahty learns traditional dances and songs and mentally and physically prepares to spend four days blindfolded and fasting. Meanwhile, the women and men around her work tirelessly to pass down knowledge, prepare regalia, tools and food, and above all, to promote the continued revitalization of their traditions. 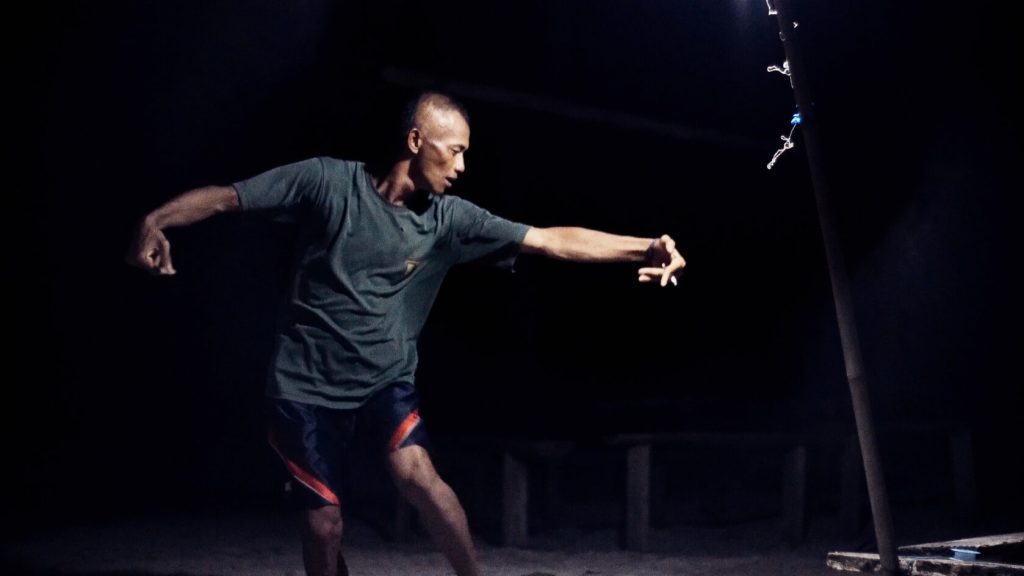 Mudi, a natural-born dancer, and his old mother live completely alone on a tiny tropical island in Indonesia. The movie is a dreamlike story of their love-hate relationship, loneliness in "paradise" and connection with the spirit world.

A MOUTHFUL OF PETROL 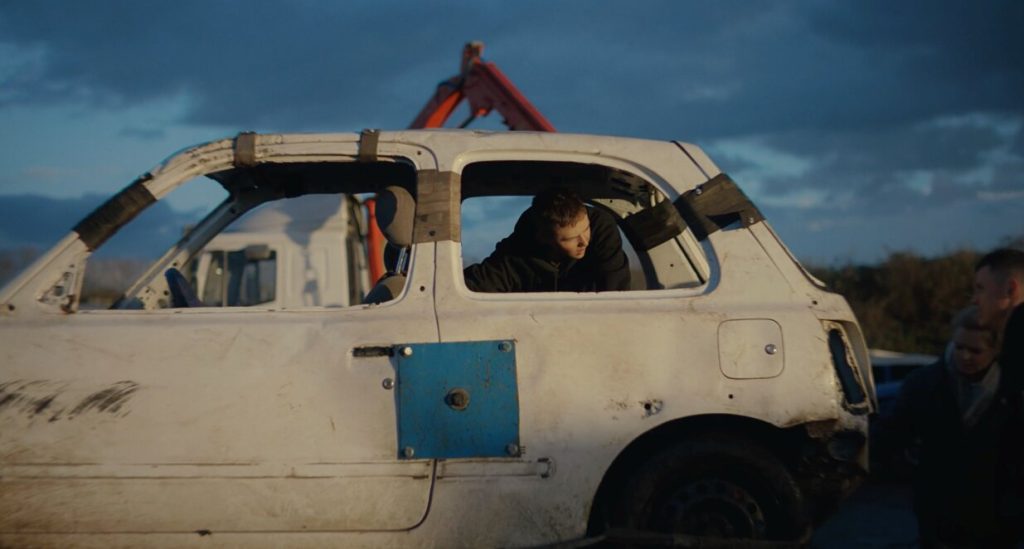 Wayne started banger racing in his 20’s. Now it’s time for his 12-year-old son, JayDee, to carry the torch. As his first race draws closer, so does the pressure: to make his dad proud, keep himself from getting injured, and to win the race. 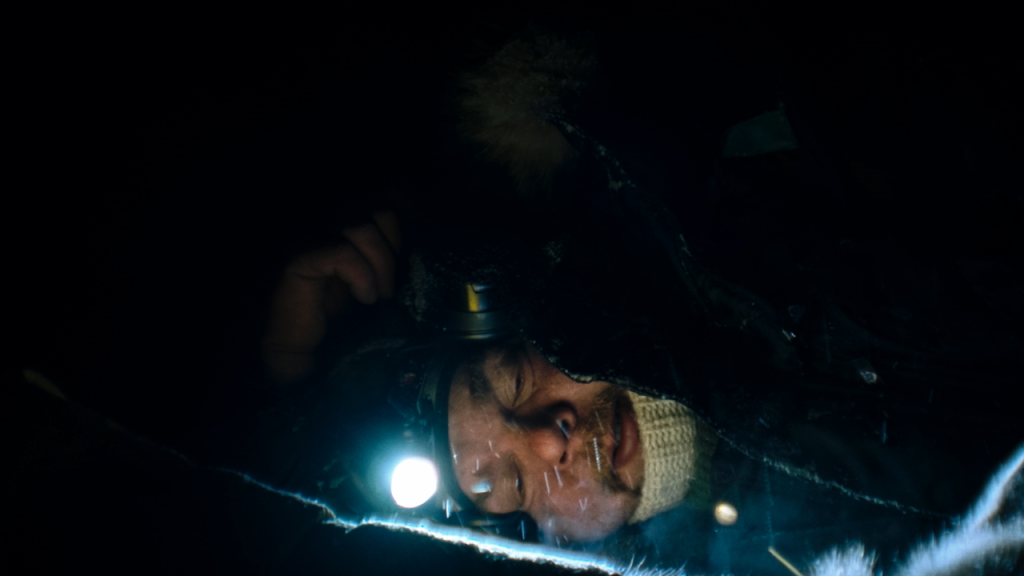 Polar Night Light is a short documentary about love for the sled dogs. Antti, a musher from Northern Finland, won’t give up his way of life despite being advised to do so. In the dogsled world there is no going back after hopping on the sled. The film follows him during the polar night while his freedom to do what he wants is being compromised. 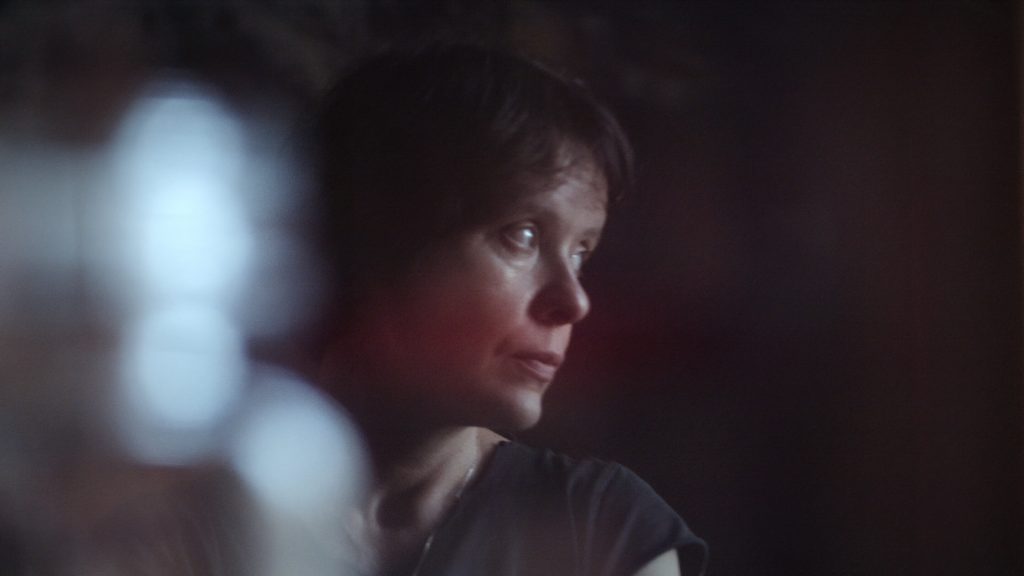 Set during a pandemic, the story unfolds in the family home of two women – a mother and her adult daughter. In one part of the house is the mother’s music school, which she runs online. She is a piano teacher, a strong and organised woman who only has contact with her students and therefore has an endless sea of children around her. In the other part of the house is the daughter’s painting studio. The two worlds rarely come into contact with one another, representing a metaphor for human loneliness. Ultimately, however, the protagonists are brought together by the tragic story shared over the phone and involving the death of Katya, the daughter of their friend Inna. 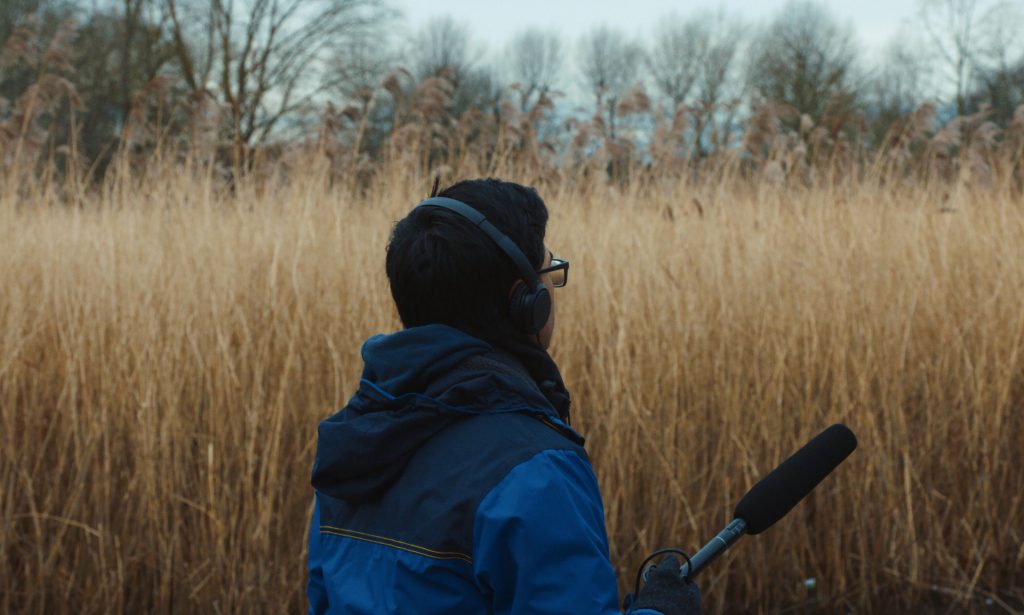 Skyward follows two young birdwatchers - Mya and Arjun - as they navigate their passion for nature, wildlife and conservation against the backdrop of school, their peers and the challenges of coming of age. The film follows them from their solitary concern to being able to share their art with the world; as Mya gains notoriety and Arjun steps into his future. With sparse dialogue, rich sound design and immersive music, the film places the audience in the position of birdwatcher and asks us to observe with meditation and patience. A creative documentary exploring our relationship with nature and wildlife.