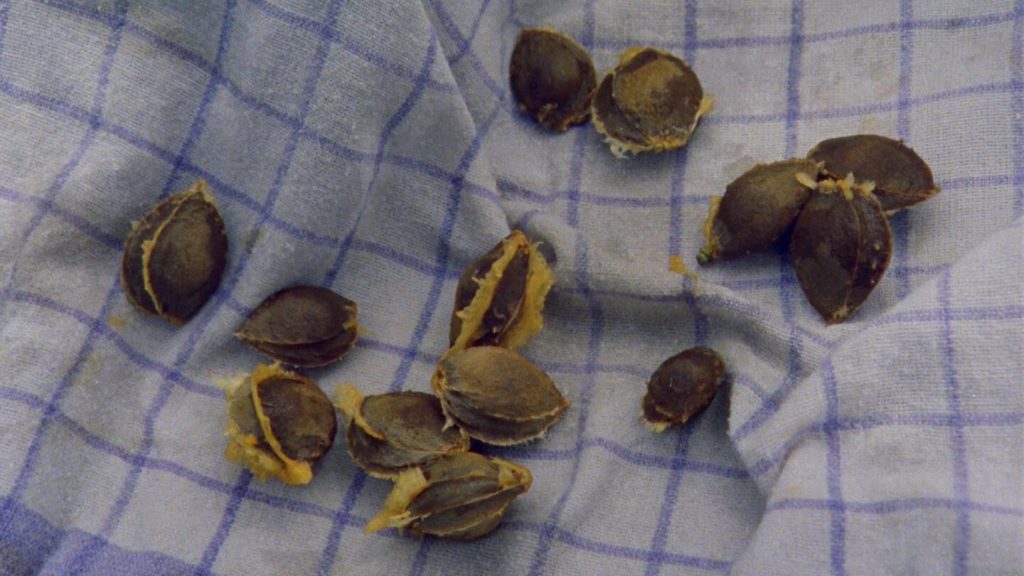 A train colliding with a suicide is unstoppable, just like this world. Fractions of a second decide what the driver will dream about and how it will affect their psyche. The film deals with coping with a tragic event, presented by means of a collective portrayal of men from the train cab and the helplessness they experience when they apply the brakes and close their eyes at a speed of 100 kilometres per hour.

BOTH OF ME, THE 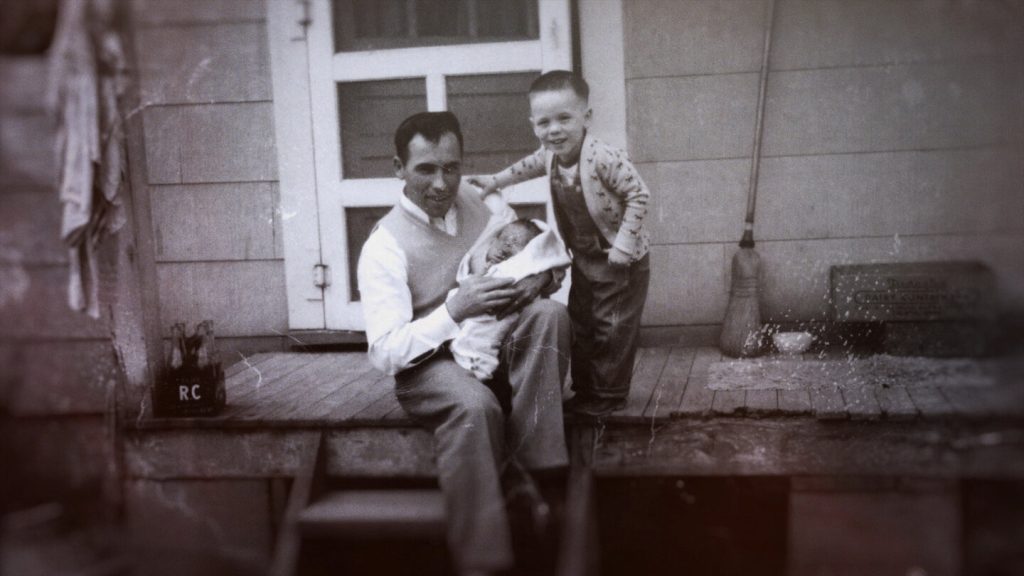 Chuck Nelson was a 3rd-generation, underground, West Virginia coal miner for nearly 25 years. We meet him in the twilight of his life, ill with black lung disease, having just lost his wife, as he reflects on the industry that helped to build and destroy everything he's ever known. He discusses what it meant to learn the ways of his forefathers, how the industry has changed, what corporate greed and environmental destruction have done to his beloved mountain community and how the very thing he once viewed as a way of life has all but killed him. The Both of Me is an elegy for a man and a place. 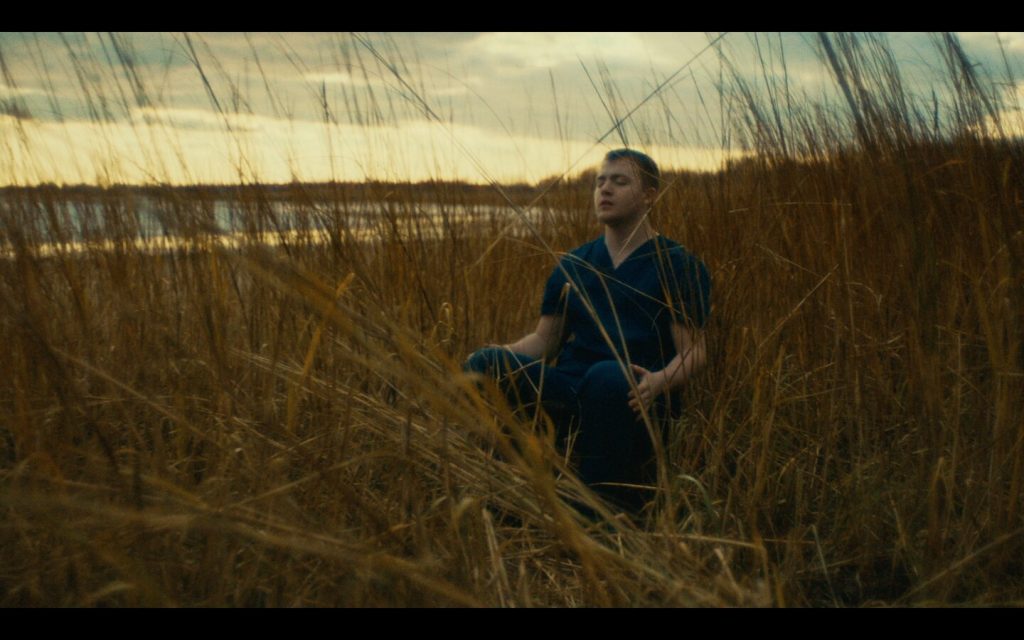 The Box is a short film that combines documentary, stop-motion animation, and cinematic vignettes to immerse our audience in the world of solitary confinement. We interview three people who have spent a combined 9 years in solitary, one of whom is one of the two directors of the film, James Burns. All three stories are told at the same time and progressively build onto one another, each subject telling a different chapter from the same book. This is a story about the value of human connection and a group of survivors who lost everything but found light in the darkness. We see how they ended up in solitary, how that experience brought them to the darkest place imaginable, and how they struggled against all odds to find freedom and a meaningful life on the outside.

When a Haitian voodoo priestess, a Mambo, dies, it is up to the children to celebrate the deity she served. It’s time for my mother to come home to perform this ritual in honour of my late grandmother. 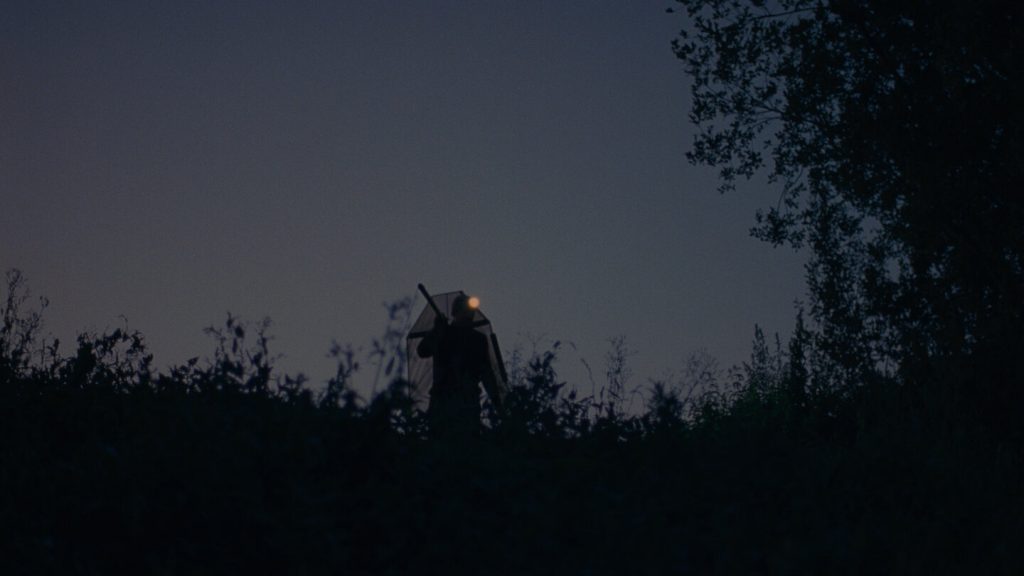 After a day working in a print factory in Gloucester, Dave drives to the moonlit banks of the River Severn to hunt for an elusive fish, the rare elver (baby-eel), supposedly worth more than their weight in gold. Over the course of a night, we experience the mysterious world of the Elvermen: the addictive gamble and fathers, sons, brothers and friends on stake-out. Phone calls of frustration and joy echo down a river lit by headtorches.

After being estranged from his family for his homosexuality, we observe a young Arab over four seasons and from far away, as he navigates his solitude - all the while attempting to reconnect with his mother.

The whistle blows. It is getting noisy in the stands of the stadium. The players protest angrily. The game commentators follow the action on the pitch. In the middle - the referee. The whole stadium is looking at him. Now he must make a decision. Together with the referee Fedayi San, we experience the ups and downs of a football game, learn what it means to earn respect on the pitch and direct the energy of the entire stadium. 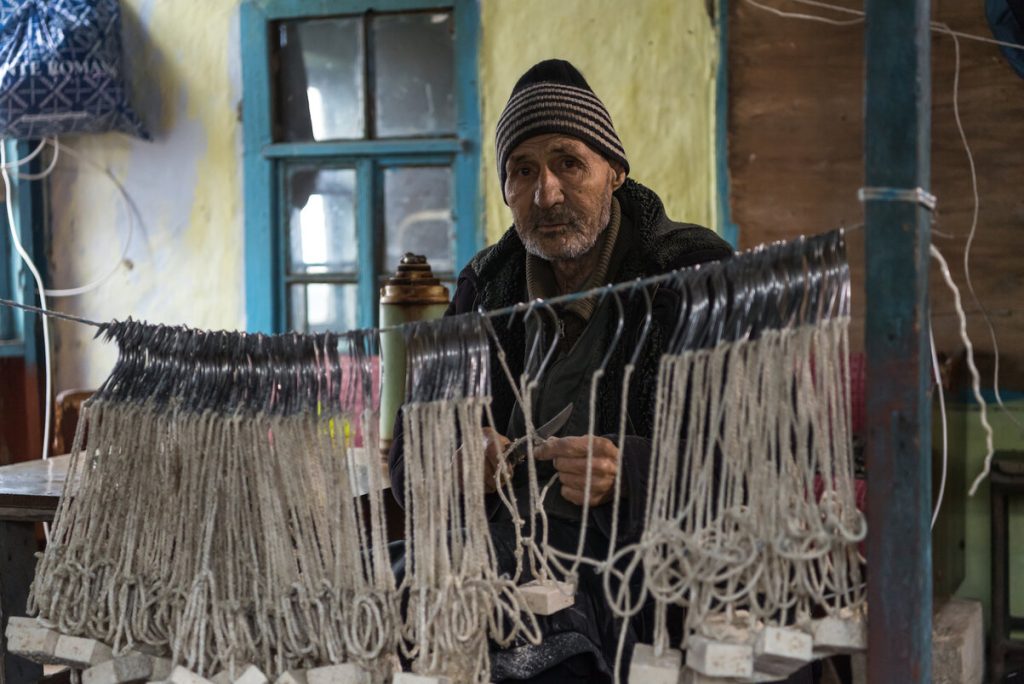 When Vitaly Pronin was born, life was in full swing in Kurdili. As the years passed, the water level rose and Kurdili became an island. An unsuitable place to live. Most of the inhabitants left the island in search of a better life. Without gas or electricity, few people remained on the island that became isolated. The animals returned to nature and nature regained its rights, encroaching on even the smallest buildings. Everyone left, except the 68 years old Vitaly… He didn’t want to leave his island, despite his age and despite the harsh living conditions… The island breathed Vitaly, and Vitaly breathed his last breath there… By chance, right in front of the camera.

LITTLE BIT OF PARADISE, A 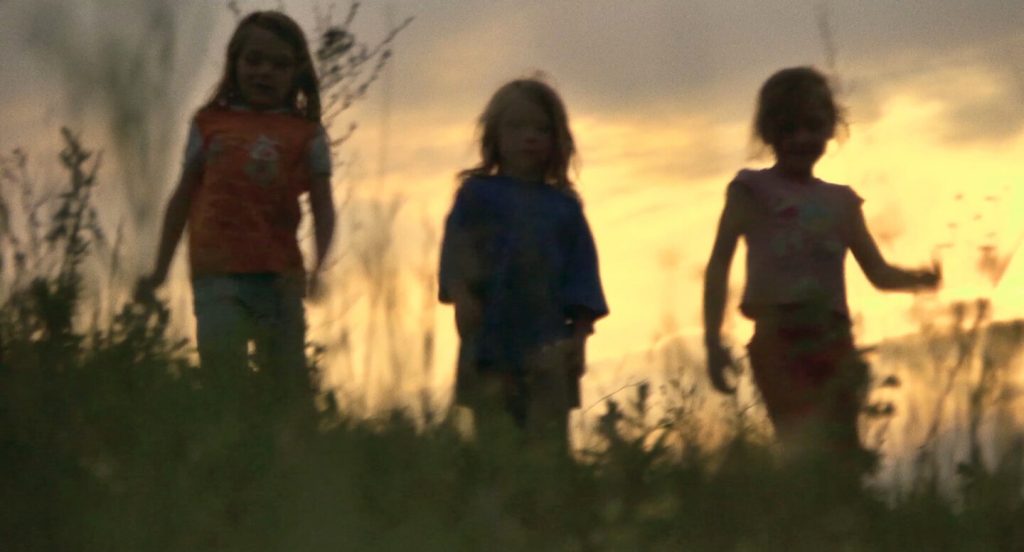 A documentary narrative on the verge of realism and fairy tale, A Little Bit of Paradise is a film about a Silesian family. Living in a remote corner of the metropolis, they reveal their world to the viewer and share moments of a life inextricably bound with the surrounding nature. 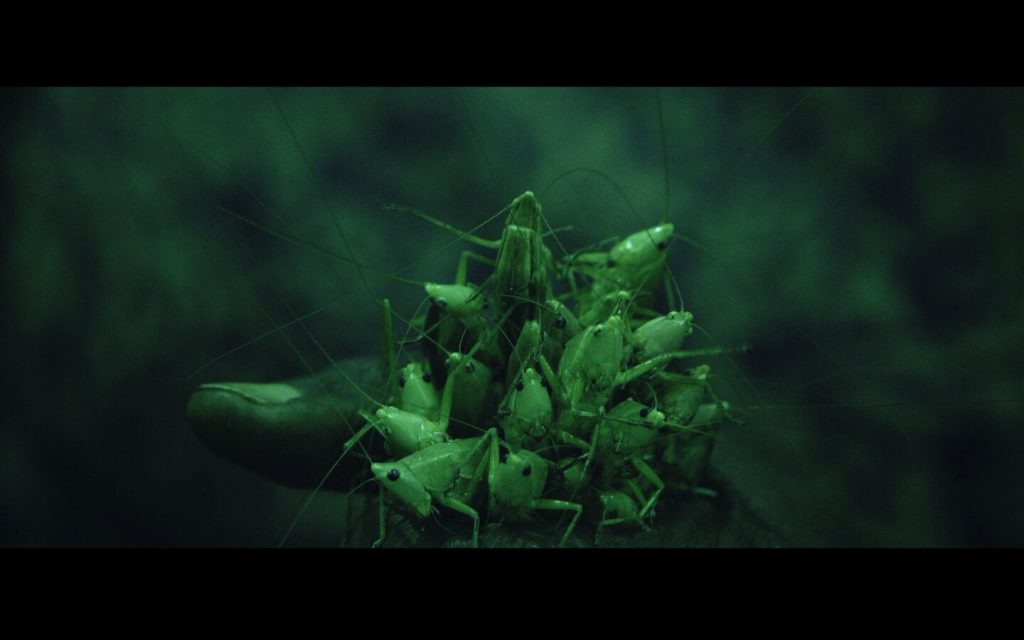 In this poetic portrait of a Ugandan tradition, Masaka's grasshopper catchers light up the sky. 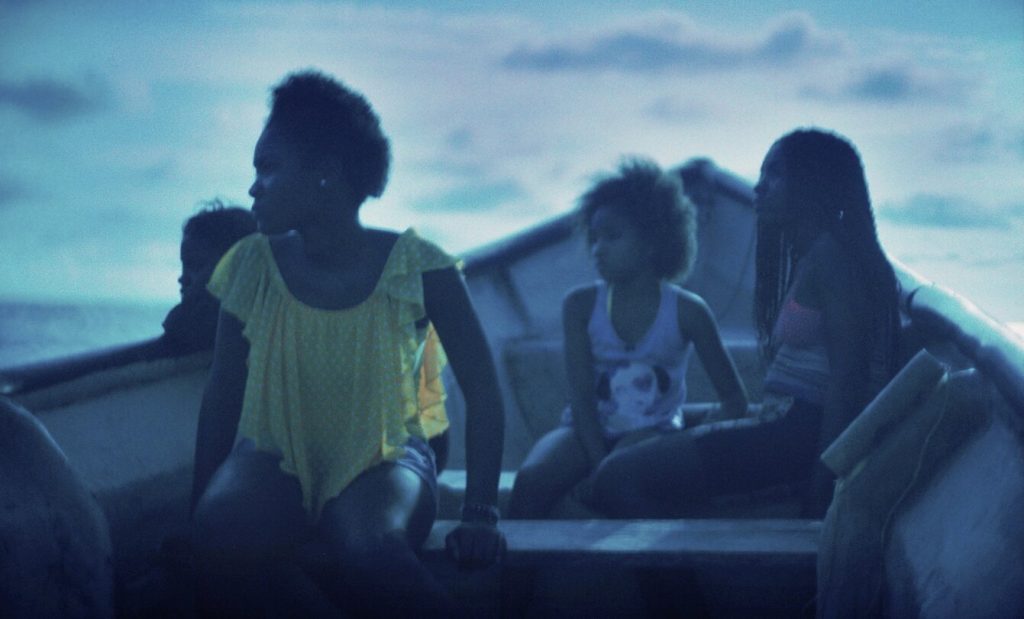 Long ago, on the Colombian Pacific coast, women made pacts with mystical forces to master the art of singing. But little by little, all this knowledge that our ancestors passed on to us was forgotten. Since then, we have felt that something is missing. 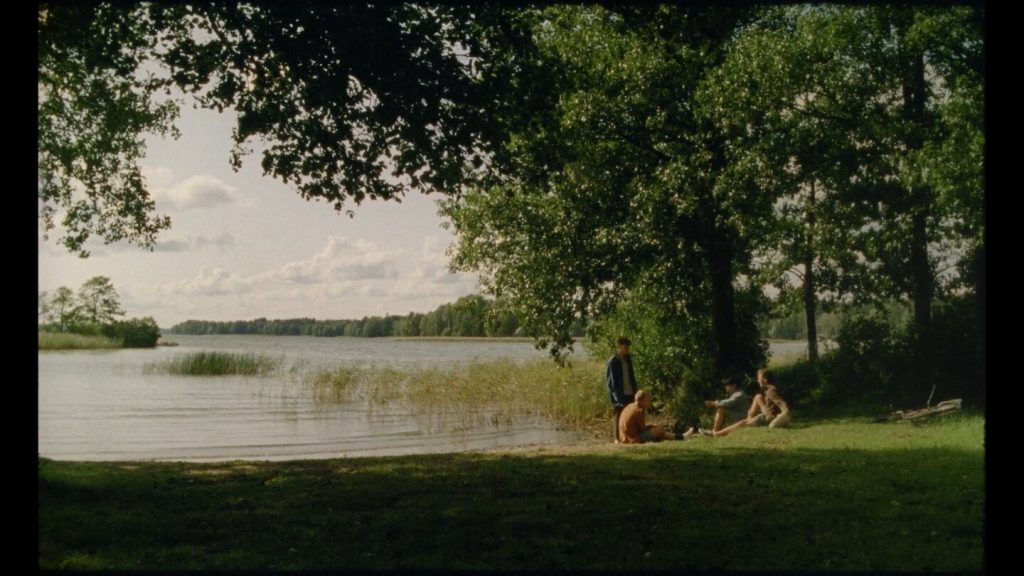 Aleksi was a teenager when he realized that he is sexually attracted to children. He thought he was the only one who feels like this and has kept the secret with himself for years. In this documentary Aleksi breaks his silence and tells what it is like to live with a sexual orientation which is still hugely taboo. He describes living with deep loneliness, self-hatred and feeling of being on the outside, as he has realized some aspects of normal life might never be possible for him. Aleksi poses a question: “How would you feel if you were never able to express your sexuality?” 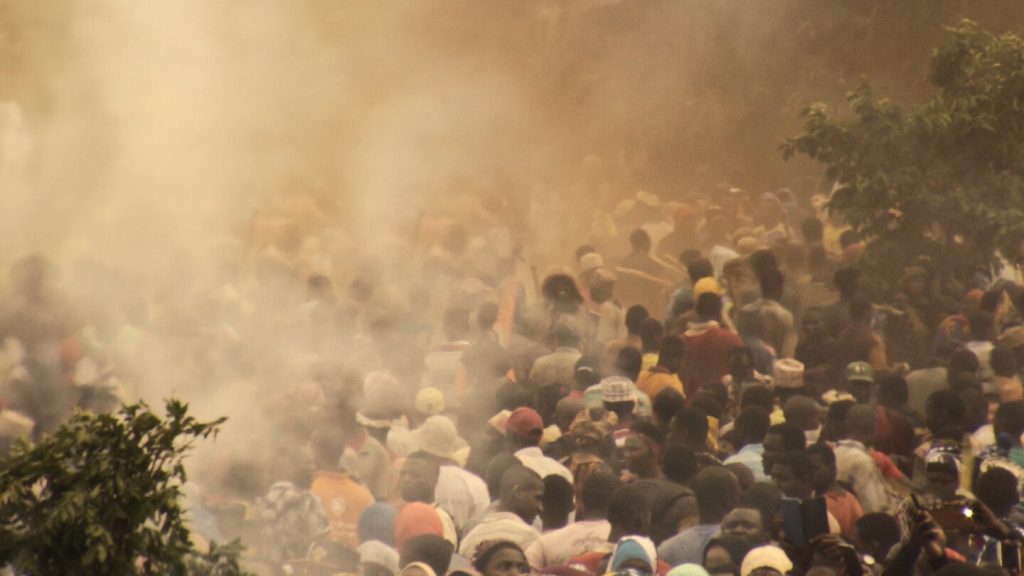 A sentimental odyssey about the illusions and prejudices of a European man who goes to live in Zanzibar, told through his letters to his beloved woman, at a time when globalization and mass tourism are shaking up and transforming the tropical island, its people and culture. 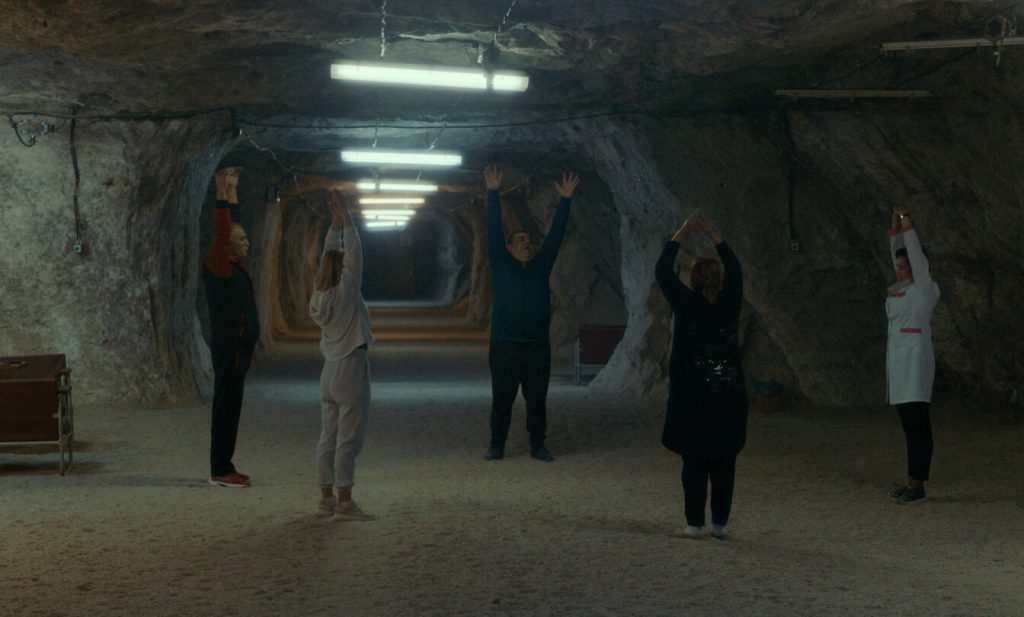 Yerevan, capital of Armenia. 230 metres underground, in the Avan salt mine, men and women walk in order to breathe easier. Physical activities and medical consultations set the rhythm of the timeless world of this underground clinic, where lives intersect, and stories are told.

Leon doesn't want to die. After years of a physically disintegrating daily routine on the streets of Kassel, the 27-year-old finally wants to beat his heroin addiction. His goal: survival. After a failed gas station robbery, he hopes to find his way back to life in a therapy facility. His ageing father Hans-Joachim is afraid of dying. His goal: eternal life. The 80-year-old artist is obsessed with the idea of overcoming death and wants to transform himself into a homo digitalis by means of his numerous diaries. Leon and Hans-Joachim are in a painful confrontation with their own bodies, their past and their relationship. For the first time after a long break, Leon visits his father Hans-Joachim in the Hessian hills. It will be the last time they see each other. The film accompanies them in their endeavours and explores the relationship between father and son. 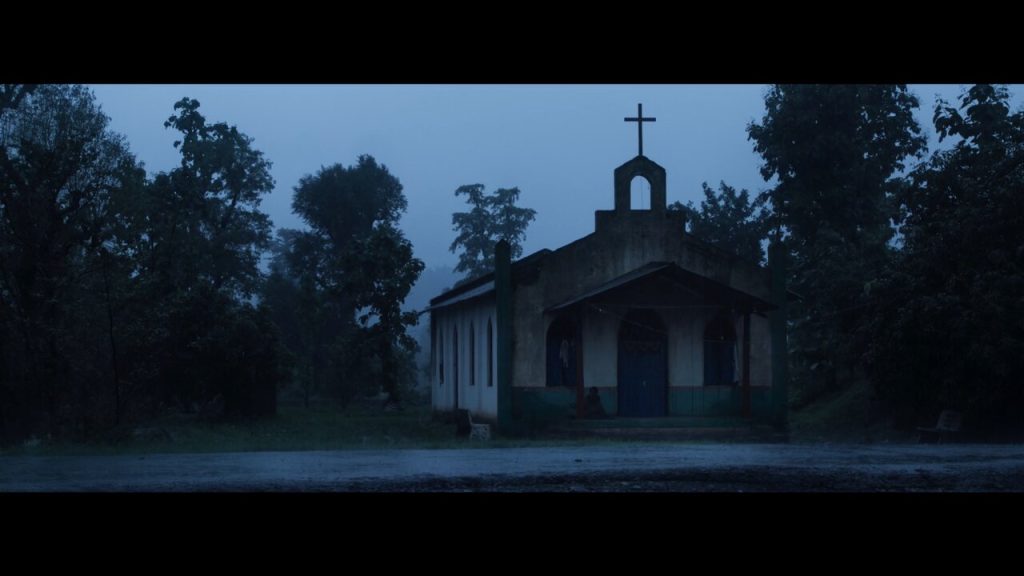 Testimony of Ana is a story about Anaben Pawar, an elderly tribal woman accused of witchcraft in rural India. People usually travel from other villages to visit Ana and get treatment for their ill-health. She performs prayers to Indian Gods to heal them. Though some men in her village wanted her land. They spread a rumour that she worshiped Satan. Ana recounts the horrific details of the night she was assaulted. She was dragged out of her house, almost beaten to death, as the villagers kept shouting: "Kill this Witch!". She relays her insecurities about getting the justice she deserves. Four of her attackers were arrested after the incident in 2017, and two of them are now out on bail, roaming around the same village where she lives. Frequently, even now, a random mob would turn up at her door, beat her, and leave. Yet, she still remains in her own house in the same village, fearless.