On a small island in Lake Victoria, Kenya, fishermen believe that they are entitled to everything. Meanwhile, women and girls are forced to carry the weight of their silence. In a close journey through her childhood memories, a young woman decides to tell her story to lighten her burden and find hope.

Amidst a blood shortage crisis and near-constant standstill traffic in Nigeria, it can take over 24 hours to transport blood to patients in critical need. Joseph, one of the city's motorcycle "blood riders", can deliver blood to hospitals in under an hour. For mothers in labour, this is often the difference between life and death.

Stretching along the River Ganges rests Varanasi, the holiest of India’s seven sacred cities, and a place where devout Hindus go to die in hopes of achieving moksha – becoming liberated from the cycle of rebirth. Several so-called “death hotels” exist to accommodate believers who abandon their lives and come here to wait for death – some for as long as 40 years. 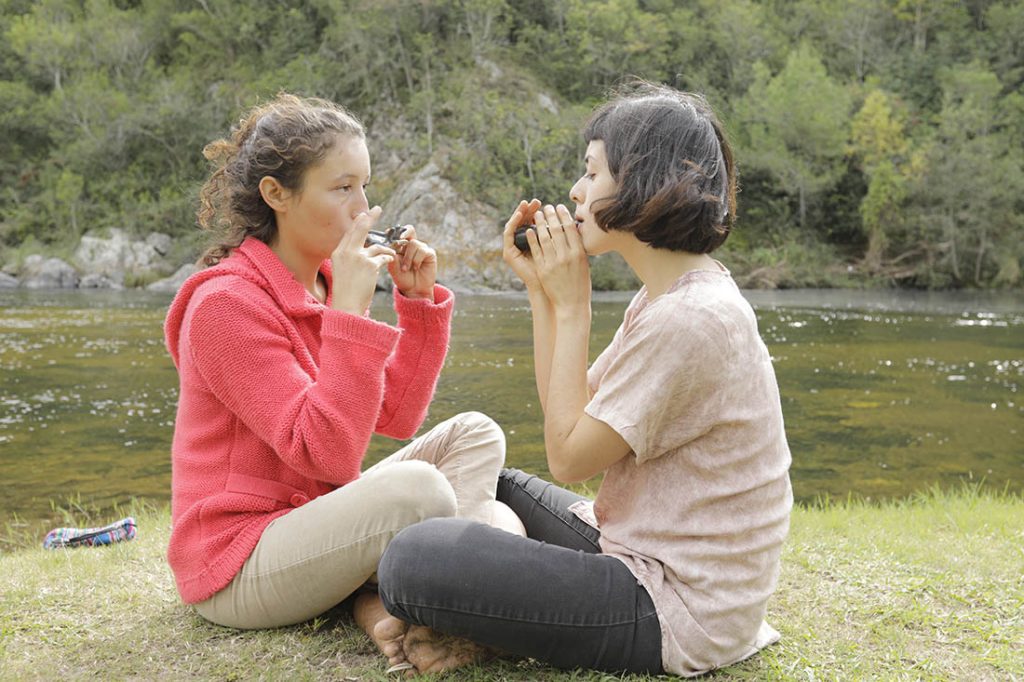 When Mica was three years old, her mother was kidnapped and disappeared. As the police ignored the case, Mica´s grandmother Susana Trimarco began a legendary fight against human trafficking. In the public eye, Mica became the daughter of “the kidnapped”. Now 20, Mica wants to define her identity herself. 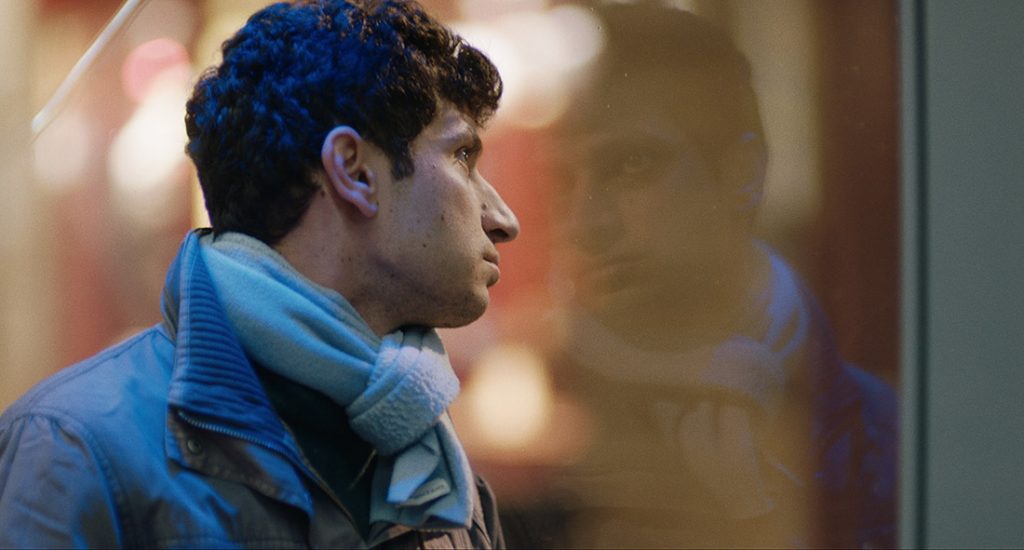 Dino, a young man with physical co-ordination disorder dyspraxia, takes us on a dream-like journey through his disability as he reflects on his place in society and his struggle to find himself. 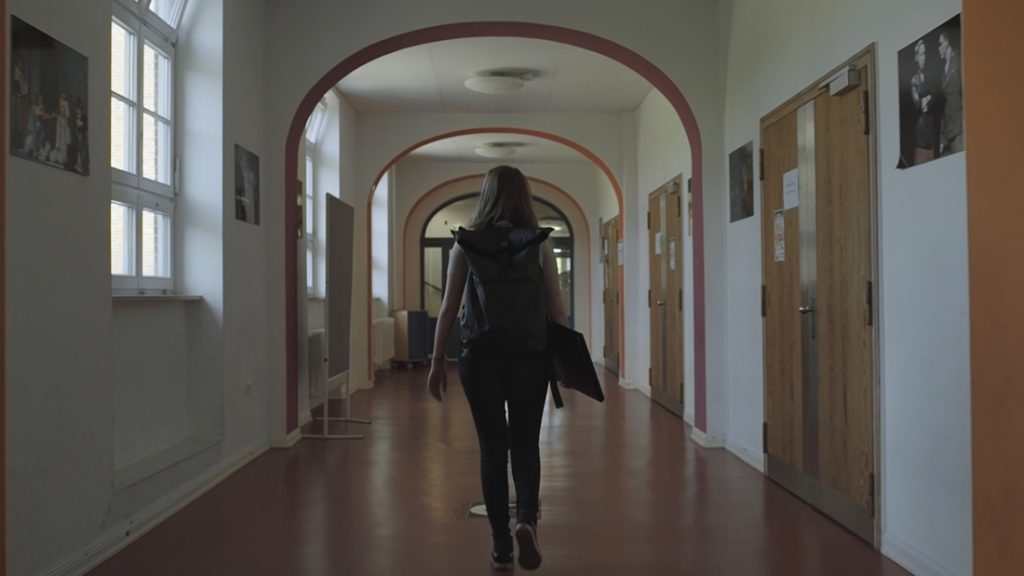 Elsa is 20 and graduated from high school last summer. She spends her days sleeping, reading, and thinking. Everyone else has made up their minds: voluntary social year, world trip, or studies. Elsa can't decide. She wants anything but to be confronted with the fact that the future is a wide field – undescribed and directionless. Her attitude towards her situation changes between "luxury" and a real problem. Completely free and unbound, easy and carefree – but at the same time infinitely burdened by the serious decision: who do I want to be? Who will I be? A film about this moment of not-yet-being and the pressure to make a decision. 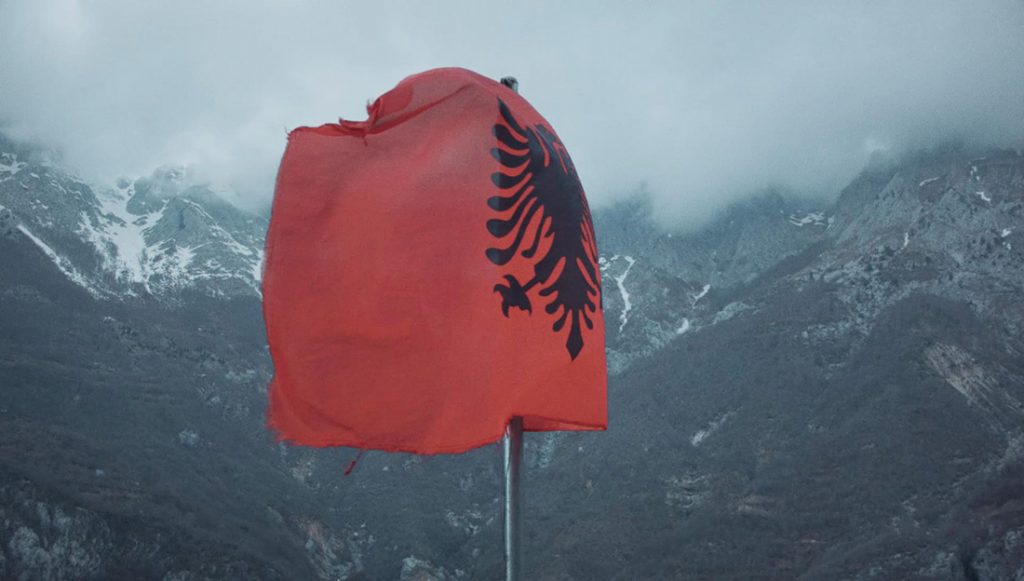 Hearing Eagles is an experimental short film in the form of a documentary trip about the creative process and everything it involves – doubts, certainties, memories, and impressions. A mix of images and sounds captured over five years on various trips to Albania made by the director, Marco Lledó Escartín, through which he reflects on the experience lived during the production of the feature film The Invocation of Enver Simaku, the first Spanish film shot in the Balkan country. 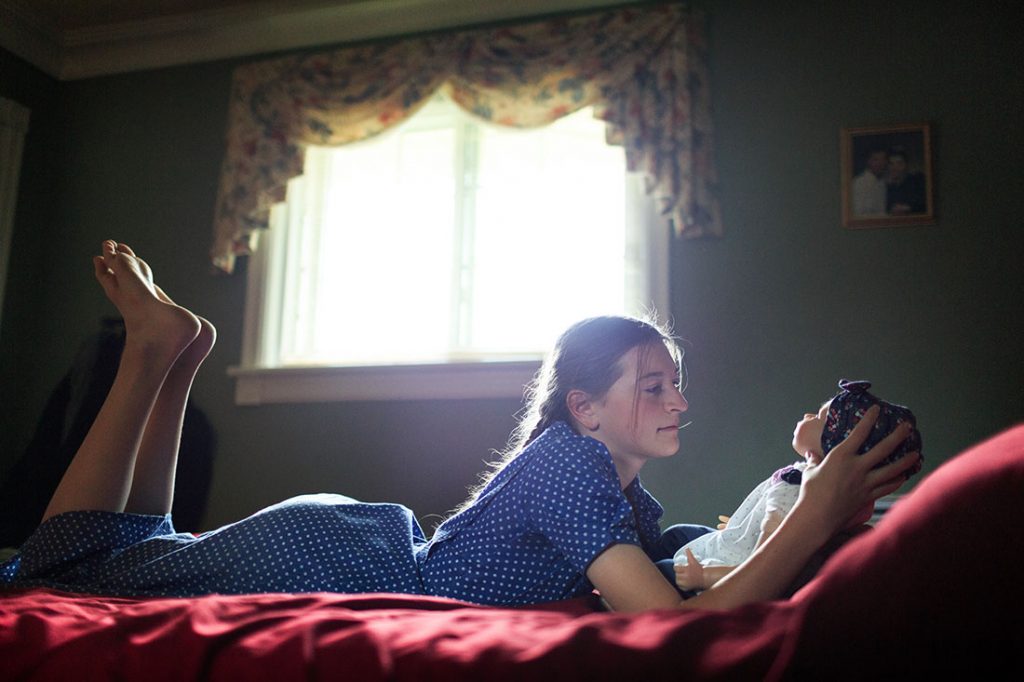 As 14-year-old Hollie sews her first dress with her mother, she faces the decision all Mennonite girls must make when they reach adulthood. Will she put on the dress, become a full member of the Mennonite church, and assume her role as a mother, or will she join the wider world?

HORSE HAS MORE BLOOD THAN A HUMAN, A

An older Azeri couple leave Tehran and return to their idyllic home town on the Turkish border, but their dreams of quiet retirement are shattered by the realisation that their town has become a smuggling gateway into Europe, and everyone they know is involved.

The screening is possible thanks to Movistar+

Aminodin’s father always smiles because he says, “happy people live longer”. That’s why, at eight years old, Aminodin puts his best smile on while working at the Papandayan dump, where he lives with his family. His cousin, Aliman, on the other hand, lost his smile when bombs started falling from the sky in the city of Marawi. 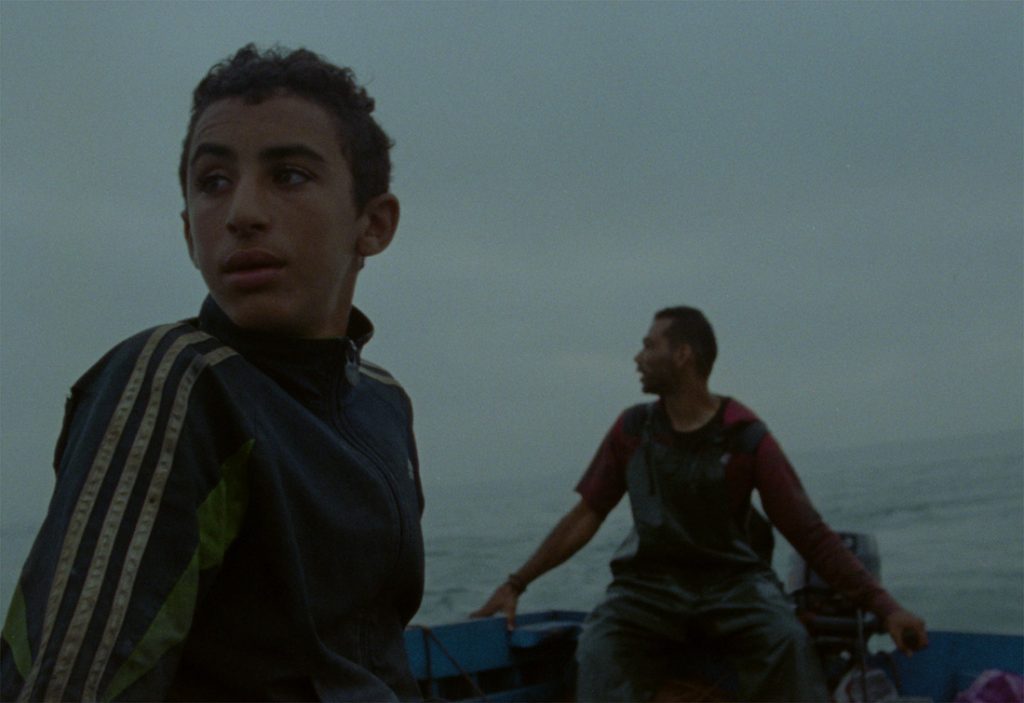 Loose Fish portrays a few days in the life of Ismail, a boy growing up in a port town in Morocco as he prepares to escape into a different life than the one in store for him. 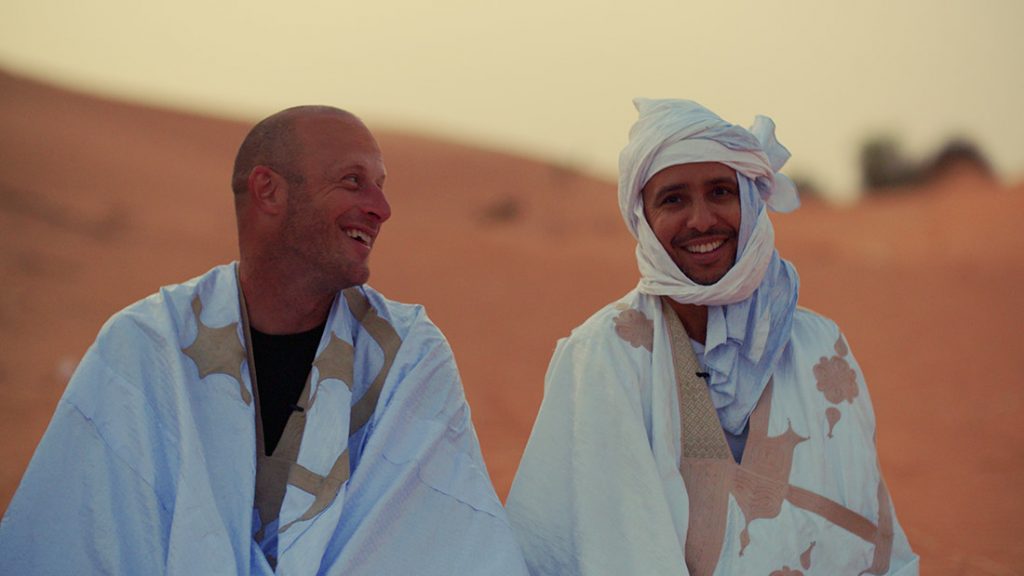 My Brother's Keeper is about the remarkable friendship between former Guantánamo detainee, Mohamedou Ould Salahi, and his one-time American prison guard, Steve Wood, who gradually became convinced of his innocence. Two years after Mohamedou was released, the two men are reunited in Mohamedou’s home city of Nouakchott - a city perched on the edge of the Sahara - where they rekindle a friendship that profoundly changed their lives forever. 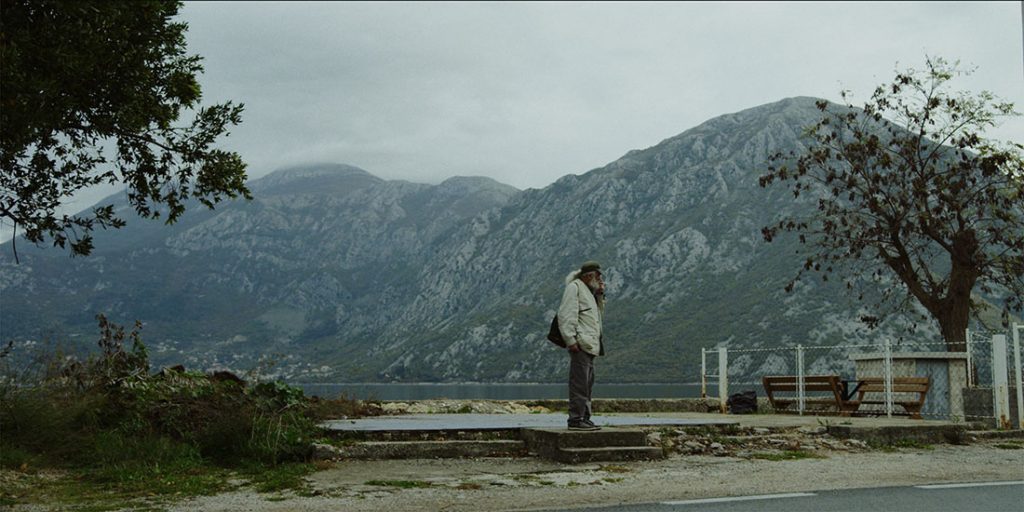 Obrad is a quiet old man who diligently does his job day after day. The film follows a man who, despite the unusual circumstances, does his job with great care and love.

SHADOWS OF YOUR CHILDHOOD 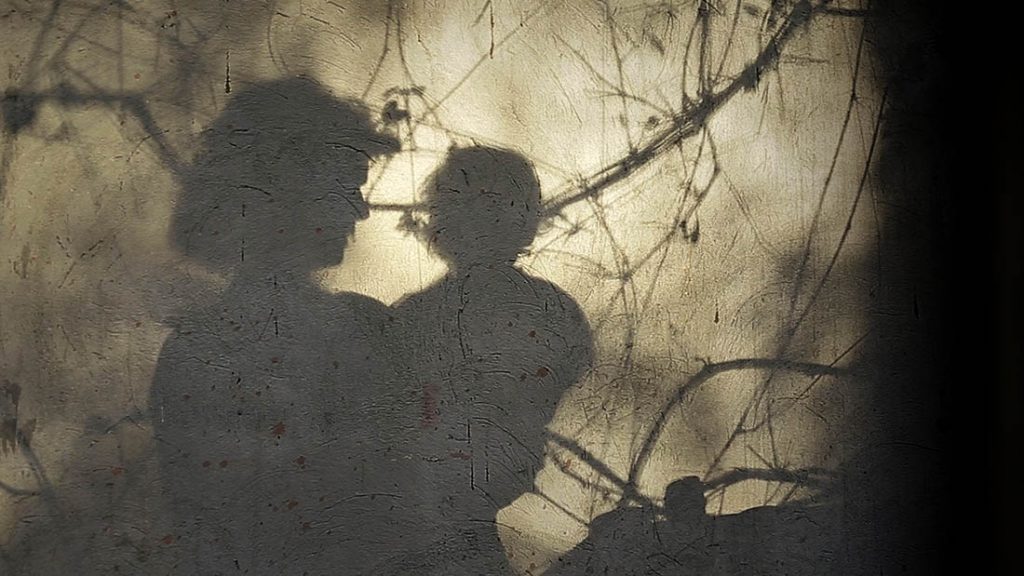 The house becomes shrouded in the silence of night. It grows long shadows, accentuated by the random flickers of the kerosene lamp. For little Stesha, the darkness becomes a way into another world that is both frightening and fascinating. Fragments of elusive memories, voices, and shimmers of light – these are the flickering sensations of childhood, and they stay with us forever. 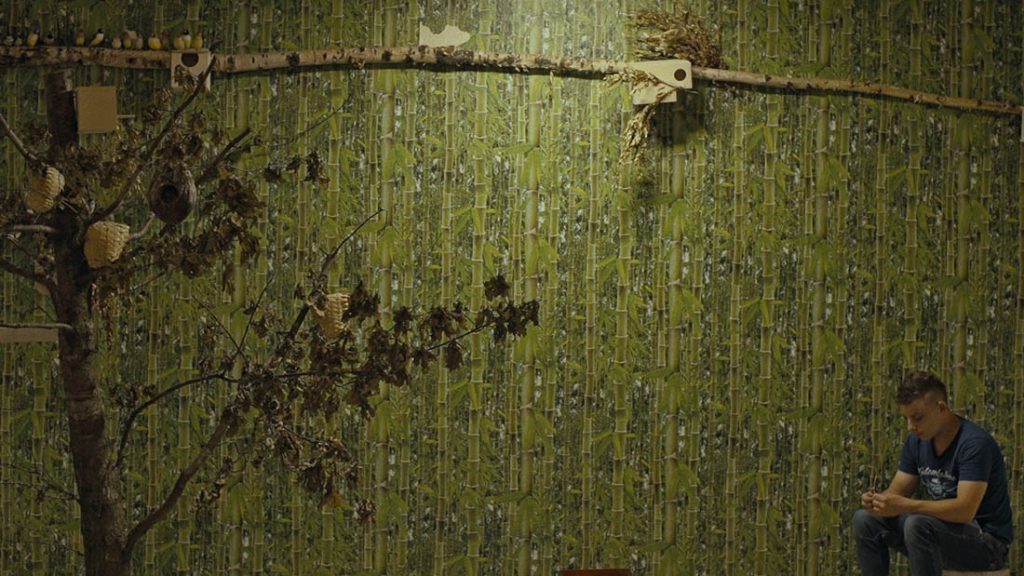 This film is a very subtly told story about a difficult love between father and son and the image of a constant struggle for freedom. There are not many words, these are gestures and actions that speak about a family relationship. Marcin, our main character, has been deeply hurt by his parents. His mother drank during the pregnancy, and as a result, he was born with FAS (fetal alcohol syndrome). Because of their addiction to alcohol, at the age of twelve, he was taken away from his parents. The orphanage took his childhood away. There, he felt like he was in the army. Despite many bad experiences, after reaching adulthood, he decided to return to his father and try to fix their relationship. Finding his own place – a refuge, which for Marcin turns out to be a birdhouse – gives him hope. Still, the constant care for a father who is an alcoholic clips his wings. 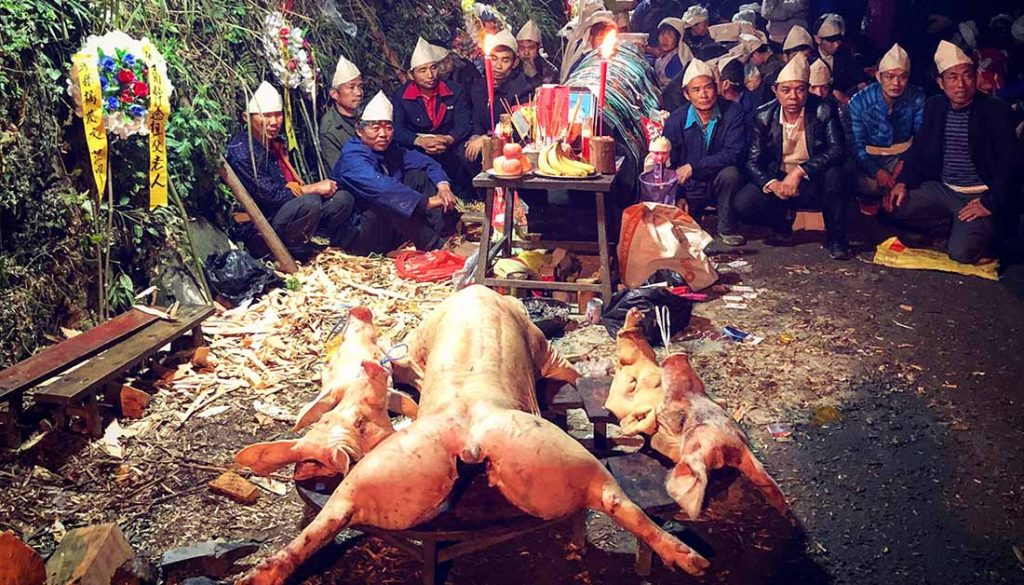 A funeral ceremony is the last ritual of life. It marks the departure of a person from their family and society. When an elderly person passes away, it is known as “white joy”. An ensemble of suona plays throughout the days of mourning, the sound both joyful and full of sorrow. The joy signifies the completion of a life cycle and the sadness for grieving the deceased. This piece captures the last day of the funeral ceremony – the banquet, the procession, and the burial. This is a profile into Dong people’s peculiar ritual, their idea on life and death, moral ethics, religion, family, and social structure.