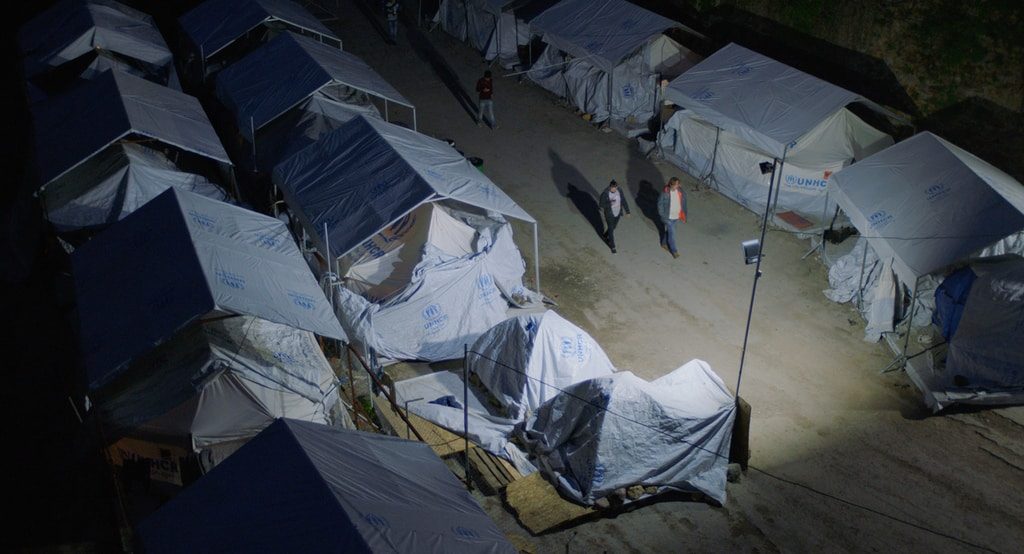 In 2016 a controversial deal was signed between the European Union and Turkey to stop refugees from making the short, yet perilous crossing to the Greek islands. The refugees who do make it to these islands, must wait indefinitely for their asylum cases to be processed. This documentary portrays the unusual transit zone the island of Lesvos has become, through the eyes of two Pakistani refugees and a local fishing community. 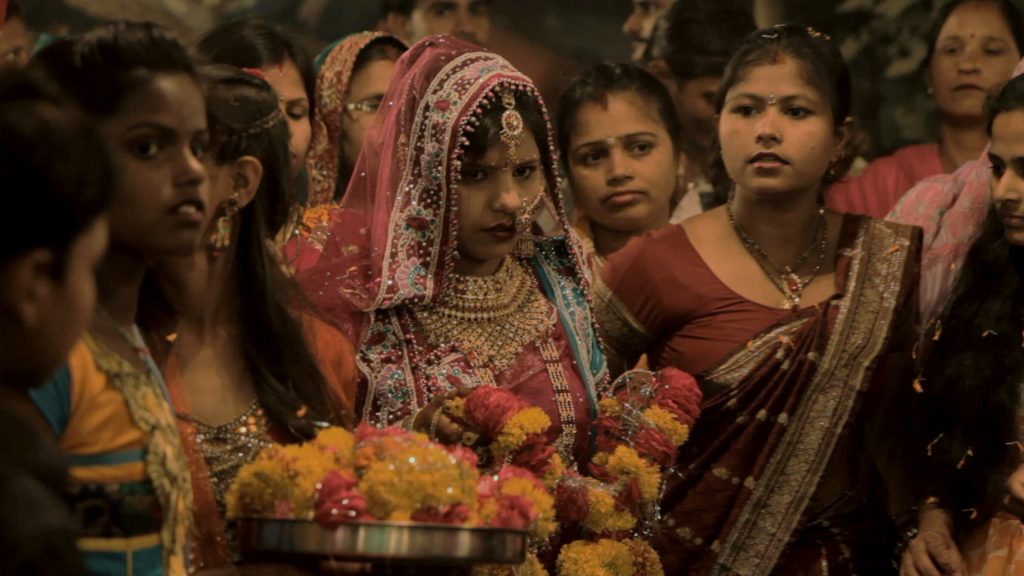 Circle is a haunting portrait of a rape survivor who is caught in the devious ploys of her family. Through the poignant and personal story of 13-year-old Khushbu, Circle explores her gang-rape, her emotional abuse at the hands of her grandmother (who orchestrated the rape), and her child marriage to a man she does not know. Where does the circle begin? And can there be any release? With astonishing access, and crafted with the artistry of a narrative film, Circle is a moving and poetic contemplation of the human spirit and its resilience in the darkest hour. 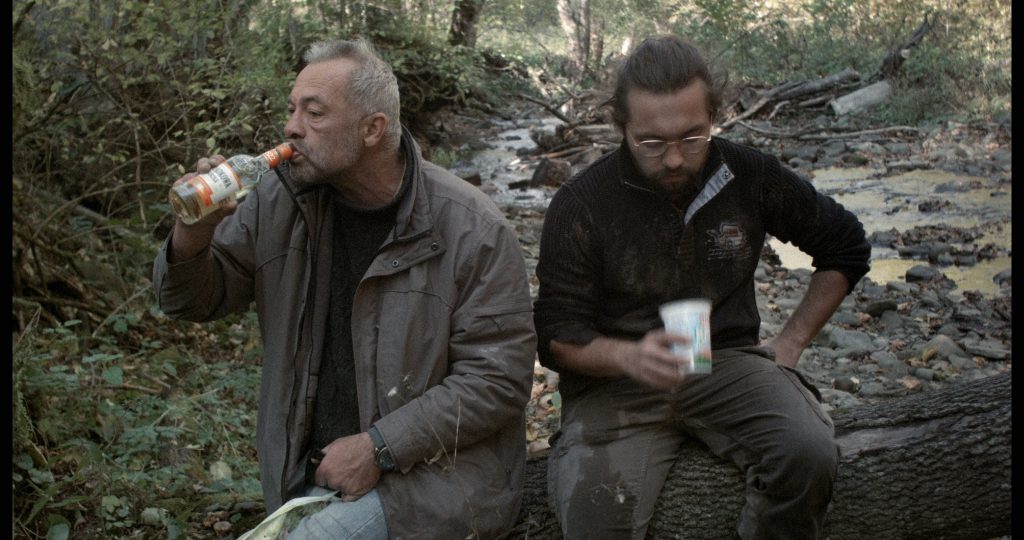 A son takes his father, whom he cut contact with years ago, on a journey. They go to a place of mountain solitude where they once built a small cottage. Surrounded by the wilderness, together they will face their inner weaknesses. 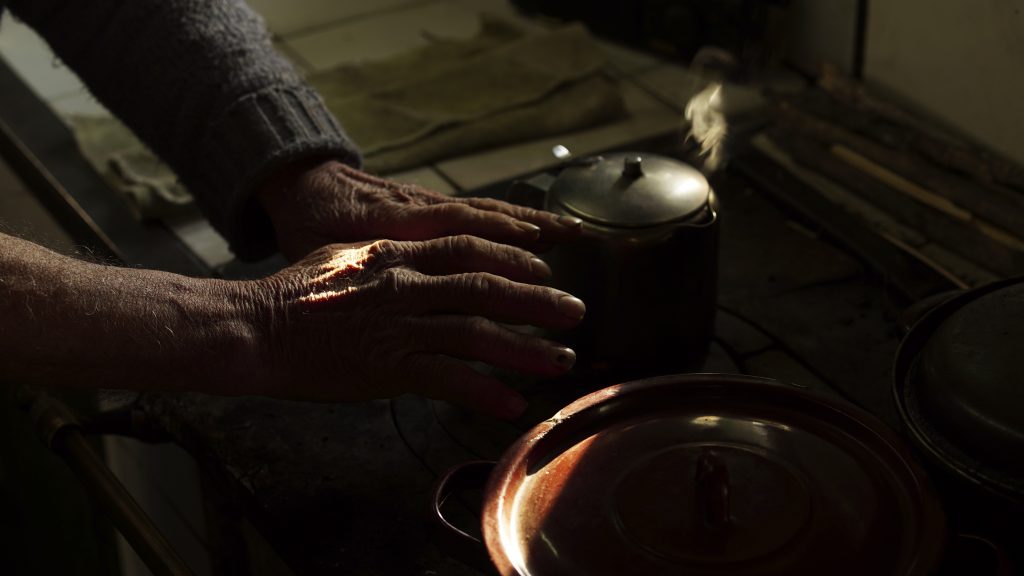 An old man is the last inhabitant of a village lost in the mountains. Day by day, he looks from his house at the decay and ruin of what was once full of life. The protagonist’s life then revolves around a conversation with those silent neighbors; a conversation with death: a call and an answer. 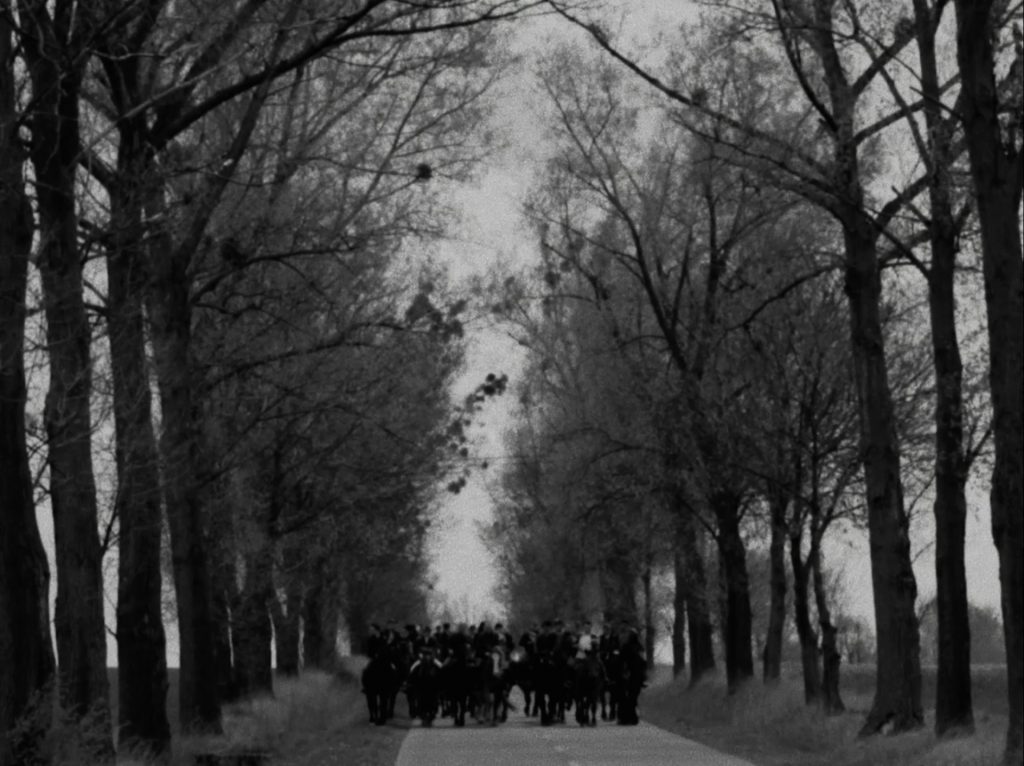 The residents of a village near Opole are celebrating Easter Sunday. People and horses have gathered near the church. It is a traditional component of Easter celebrations, which include prayers, a horse ride around the nearby households, and fervent singing under the influence of alcohol. Enigmatic editing and black and white photographs reflect the dignified atmosphere of the holiday in which the sacred is combined with the profane in a bizarre chase.

How to Become a Pope?

A warm-hearted comedy about a 10-year-old boy who wants to become the Pope. The protagonist is an altar boy who finds out about an audition for the part of John Paul II in a musical. The boy approaches this task as if it were a holy mission, but his parents don’t treat him seriously. What will he learn?

The Northerners is a cycle of film essays with a focus on northern individualism. Each one of the three parts plays out in different places around the Kola Peninsula over the space of one day. The story revolves around the everyday life of three people that share no formal ties. Igor, who belongs to a family of pilots, is a polar aviation squad commander; Vassily is a Murmansk merchant port tug master; Volodya is a woodcutter and leader of a wood harvesting guild. Like most of the people living in the north, they came here for work, and though they weren’t initially planning on staying on, they ended up staying forever. They share this peculiar perception of reality, a special rhythm of life and the way they see themselves and others. They have taught themselves not to fear to surrender their lives to natural cycles, to be proactive, to count on no one but themselves yet to always help everyone, even strangers, not to make plans and not to get down. 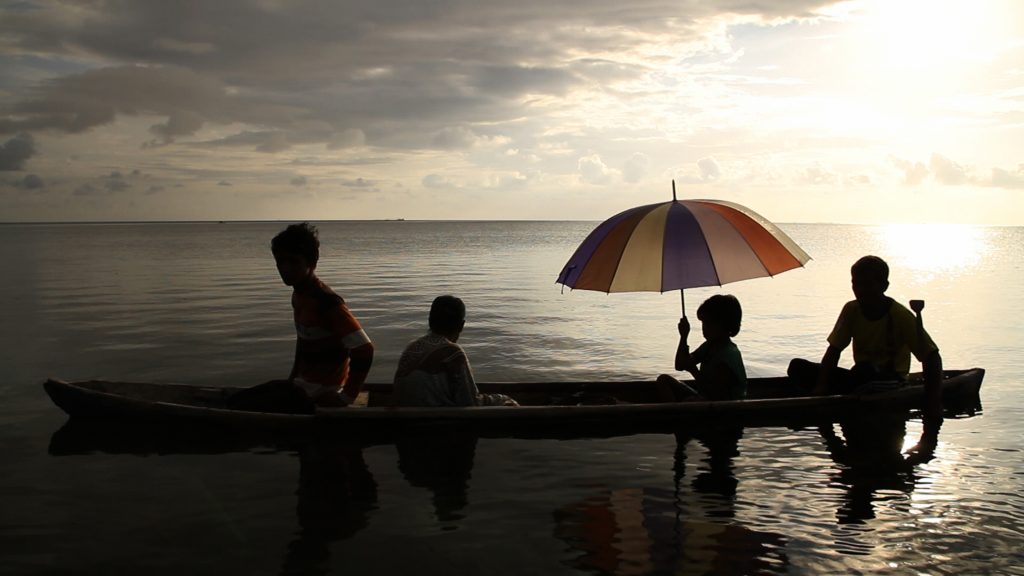 The sea nomads of Indonesia believe that with every newborn there is a twin brother born in the form of an octopus. Rituals are carried out to appease the waterborne brother and prevent misfortune. When dishonour occurs, Jakarta is portrayed as the apocalyptic revenge of the brother octopus. 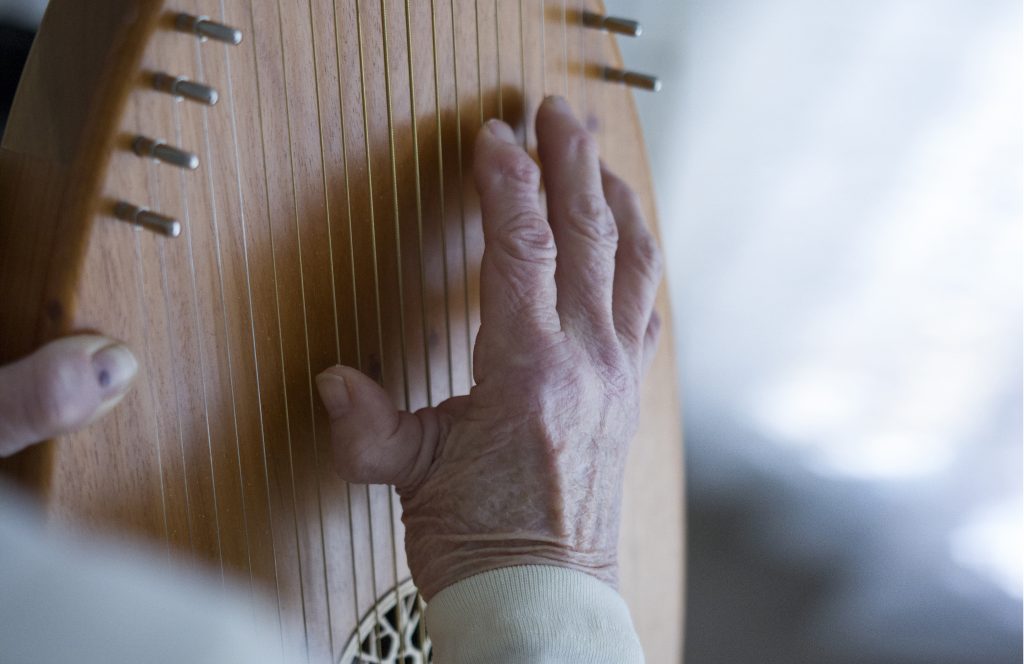 One day. One room. One take. After her spinal surgery, she was always in pain, intense pain, unendurable pain. Painkillers have been her refuge for a long time, but one day she decided to stop.

The charismatic composer Stanisław Radwan is working on the music for a play, creating it not only from musical tones, but also from other sounds, including the actors’ footsteps, whispers, shouts, and screams. 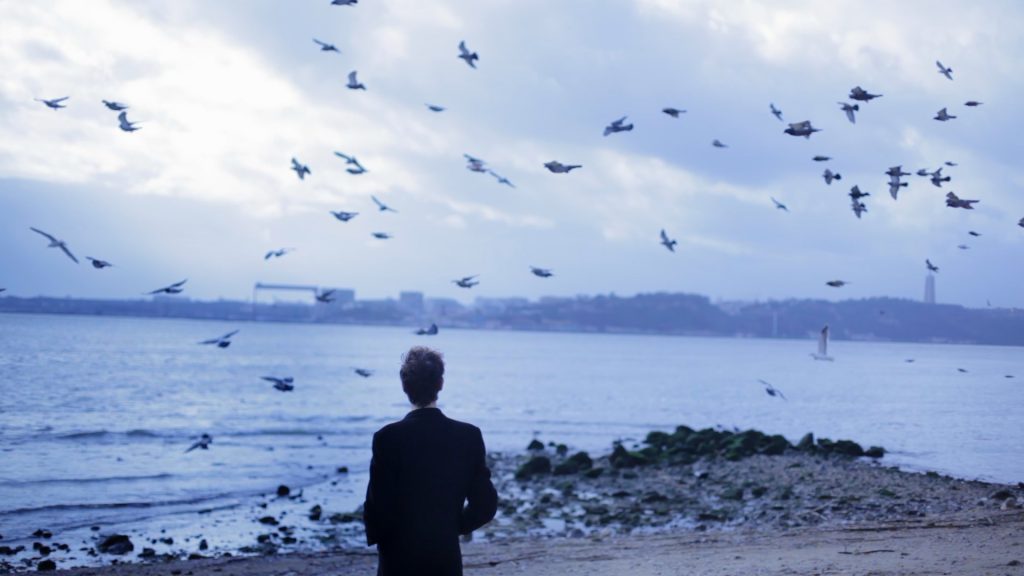 Sarabande started as a personal documentary on the classical music virtuoso Petrit Çeku, who back in 2014 was about to record the Bach Cello Suites in Spain. But then it became a road movie on borders and illegality wrapped into a journey of two friends travelling between the invented ideas of Orient and Occident, past and future. 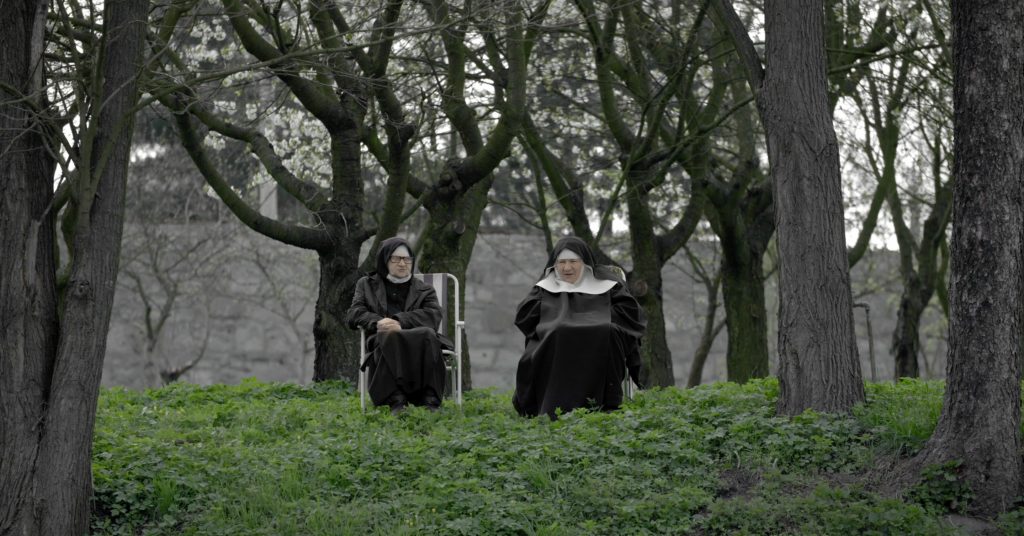 Behind the mighty eighteenth century wall of the oldest enclosed convent in Poland – a Benedictine convent in Staniatki, near Krakow – the lives of twelve nuns in their seventies goes on. Despite their age and the world of rapid change happening beyond their walls, every day they try to comply with the ‘Ora et Labora’ rule set over ten centuries ago. Our protagonists, nuns Anuncjata and Benedykta (40 years in convent), introduce us to the world behind the wall by telling us about their lives and their decisions with their own unique charm. They show us the world of a convent in its true colours, without stereotypes, which is often touching and amusing at the same time. Sisters is a film about silence spoken aloud.

The dusty Mexican border town of El Centro serves as the backdrop for a 13-year-old BMX rider named Erik and the hero who fuels his passion. In this visceral and tactile film, we experience the world as a messy heap of impressions and obstacles, including emotional and physical challenges begging to be overcome by the right recipe of grit and determination. There is a fierceness, a rawness to the imagery that puts us in the mind of the child from the small, sweltering town. Erik doesn’t know much about the outside world at his young age, but in the glowing light of his father’s support and admiration, that hasn’t stopped him from dreaming big. For Erik and his father, and every kid riding the streets of El Centro, this is the prequel to a story of triumph over adversity, of hope blooming in an unlikely place.

At the beginning there are only black and white spots, the feeling of uncertainty is clear. The heaviness in the air brings shadows that form strange objects, and with time, they transform into a person.