We announce the line-up of the Polish Films Competition of the 30th edition of EnergaCAMERIMAGE International Film Festival. In this competition the award goes to both the cinematographer and the director of the winning film. 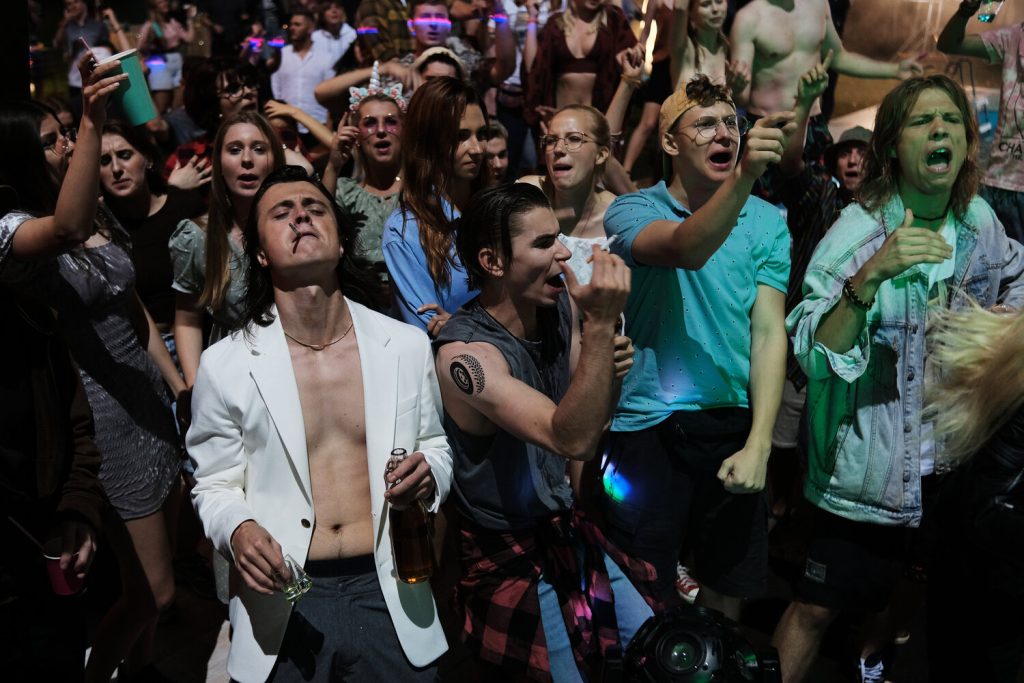 Kamil, a soon-to-be high school graduate, organizes the party of a lifetime at the seaside estate of his millionaire father. A bunch of his friends arrive at the party, eager, just like him, to let off steam after the lockdown caused by the pandemic. At first, everything goes well: young people enjoy the beauty of the beach, drink alcohol, dance, have sex, and experience emotional excitement and dilemmas. It is only nature that sends worrying signals: strange infections abound, the concentration of cyanobacteria in the Baltic Sea reaches high levels. As time goes by, the fun spins out of control. This, however, will not be the worst of it. It is the first Polish zombie film, which is a bit of a horror story, but mainly a visionary moral film, with references to ecology and a good deal of humor. “It is an entertaining, psychedelic and adventure film, about young people, but not only for young people,” said the director of Apokawixa Xawery Żuławski. 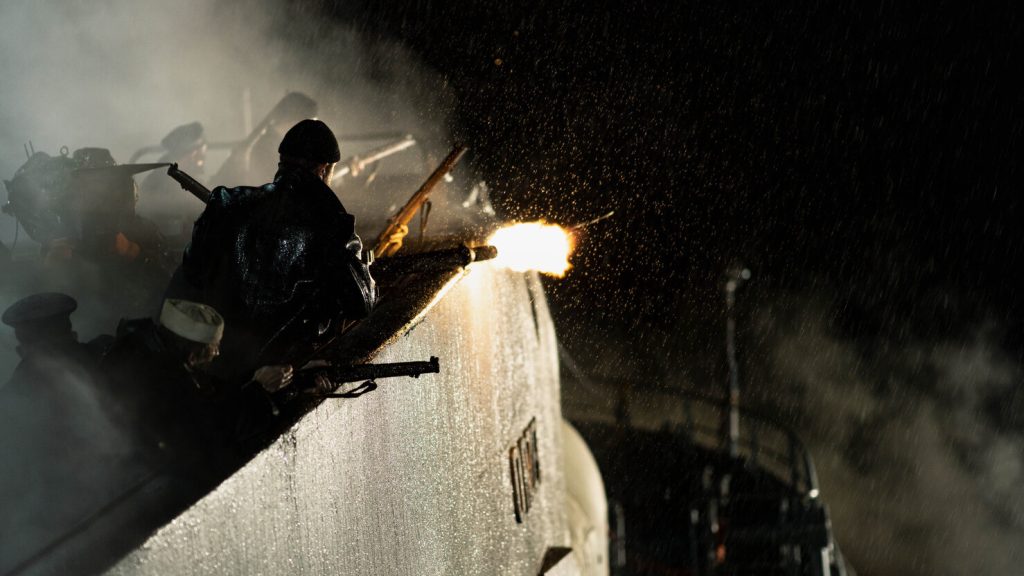 1940. While the evacuation of Allied troops is underway at Dunkirk, the Polish submarine ORP “Orzeł” sails into the North Sea on a risky mission. The threat from the navy and air force of the enemy – Nazi Germany – is the greatest, but not the only one awaiting the crew commanded by Capt. Jan Grudziński. The authors pay a lot of attention to depicting the experiences of the submarine’s crew, who, crowded into its cramped, sultry, half-dark interior, are forced to confront claustrophobia and physical and mental exhaustion. The “Orzeł” sailors have no pompous slogans on their lips – they just want to do their task well. And to survive.

In mid-20th-century socialist Poland, Adam, who is just a few years old, lives with his mother. He dreams of the return of his father, a pilot, whom he never met, because he fought during World War II in Great Britain and disappeared without a trace. Security Service officers visit Adam’s mother at home. They are also interested in Adam himself, who even at his elementary school is forced to resist ideological indoctrination. When Adam becomes a teenager, he is magically transferred at the cinema to Brigitte Bardot’s boudoir and from there to the mysterious Hotel, where he meets other icons of mass culture of his time, like Elizabeth Taylor, Raquel Welch and the Beatles. This part of the film especially, which is kept in the convention of a dream, refers to the Homeric motif of Telemachus wandering in search of his father. It is also rich in references to classic cinema masterpieces.

In 1988, Maciej Berbeka participates in an expedition of Polish Himalayan mountaineers who want to climb K2, the highest mountain in the Karakoram, in winter. This goal turns out to be unreachable, but another eight-thousander, Broad Peak, is tempting nearby. Although the idea of climbing does not come from Berbeka, it is he who, overcoming extreme hardships, reaches the summit. From there the triumphant news flows to the base camp and to the whole world. Upon his return to the country, Berbeka is greeted like a hero. Then, one day, he comes across a certain newspaper article about his achievement... Broad Peak is a fact-based, epic film about extreme climbing enthusiasts who confront the elements of nature and their own weaknesses in high mountains. It is also, above all, about one of the most dramatic episodes in the history of Polish Himalayan climbing. The story of Maciej Berbeka still raises controversies in the community of mountaineers. The film was shoot in the authentic scenery of the Karakoram and in the Swiss, French and Italian Alps. 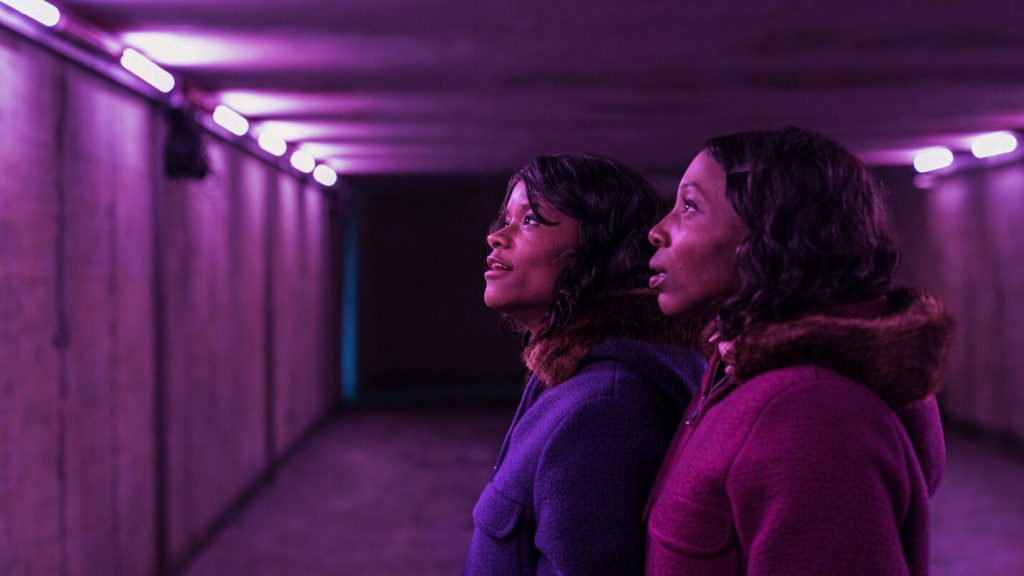 Agnieszka Smoczyńska’s first English-language film, based on the book by Marjorie Wallace, tells the true story of June and Jennifer Gibbons – black twin sisters born in 1963 in Wales to a family of Caribbean immigrants from the island of Barbados. Literarily gifted and endowed with artistic imaginations, the sisters talk to each other freely when they are alone. In front of others, even among their loved ones, they don’t say a word. The mysterious conspiracy of silence is not the only element of the sisters’ odd pact, which over time becomes toxic and dangerous to both themselves and their actually somewhat xenophobic surroundings. The unusual sensitivity of the heroines will collide with the heartlessness of those who determine their fate. The film combines realistic live-action sequences with puppet animation and the seriousness of drama with the dreamlike fairy-tale and even the lightness of a musical. Hence, a large part here is given to the musical setting.


WOMAN ON THE ROOF

Mira Napieralska – a highly regarded midwife of pre-retirement age – lives with her husband and around thirty years old son. Over the years, the ties in this family have apparently loosened, although the son shows Mira a bit more empathy and understanding than her husband. The morning begins trivially: Mira busies herself with her daily household chores and after leaving home makes a small purchase at a pet store. Then, unexpectedly, she decides to do something that no one would expect from an elderly woman. This desperate step, even before we know the reasons for it, will have serious legal consequences, and will also begin to leave its mark on family relations, professional career and the protagonist’s psycho-emotional state. The sensational plot twist of Woman on the Roof becomes a starting point for an existential drama: a study of the life catastrophe a person can be driven into by a sense of loneliness among loved ones, and thus helplessness in the face of a difficult situation.