We announce the line-up of the Documentary Features Competition "IMAGE OF THE WORLD AND WORLD IN IMAGES" of the 27th edition of the International Film Festival of the Art of Cinematography EnergaCAMERIMAGE.
The aim of the competition is to recognize the art of documentary filmmaking as creative interpretation of reality. Putting emphasis on the visual and aesthetic aspects of the selected nonfiction entries, the jury awards the best cinematographers in the competition.

BY THE NAME OF TANIA 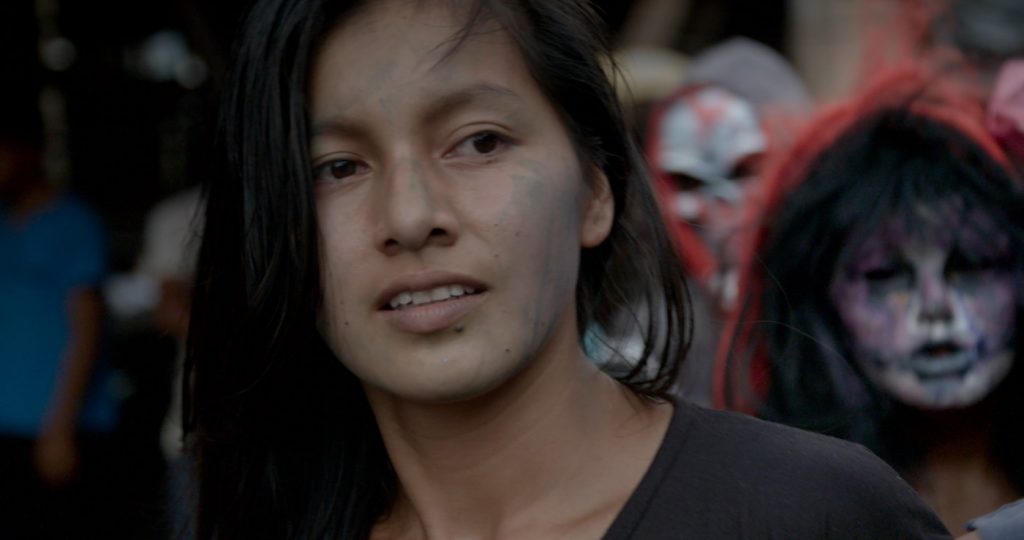 The Amazon flows lazily through the goldmine-gashed landscape of northern Peru. Using real eyewitness accounts, directors Bénédicte Liénard and Mary Jiménez tell the story of a young woman, who winds up forced into prostitution when her initially hopeful attempt to escape the stifling limitations of village life goes wrong. Step by step, she is robbed of her moral and physical integrity. The film reconstitutes a space of dignity and returns a voice and identity to that which has been rendered nameless. With its powerful imagery, the girl’s traumatic odyssey embodies the horrific devastation visited upon the natural world by contemporary industrial society. 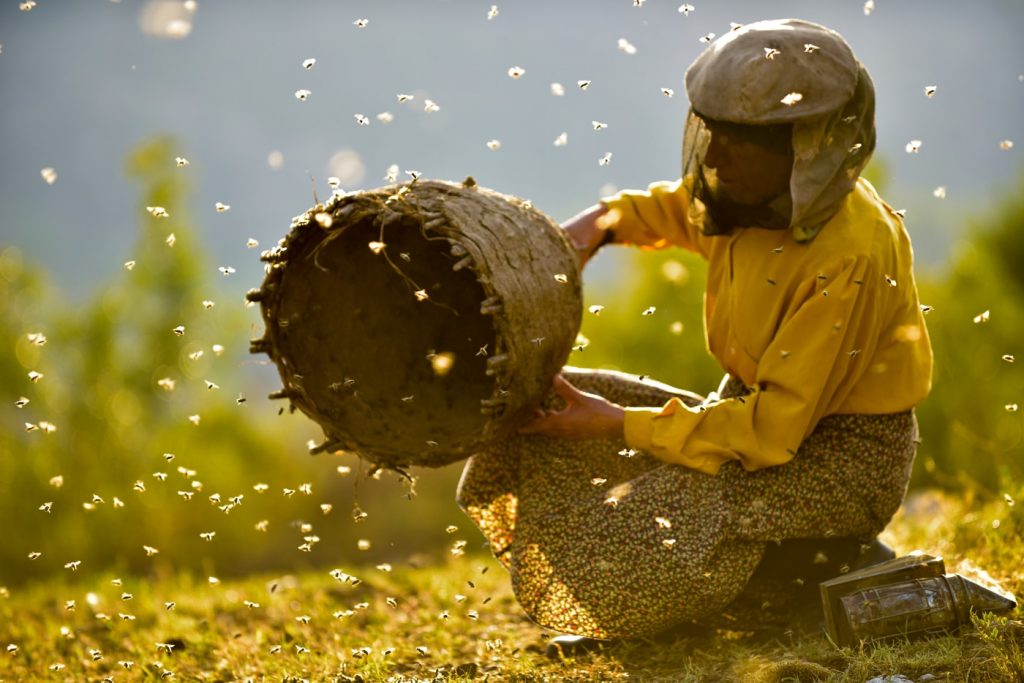 Nestled in an isolated mountain region deep within the Balkans, Hatidze Muratova lives with her ailing mother in a village without roads, electricity, or running water. She’s the last in a long line of Macedonian wild beekeepers, eking out a living farming honey in small batches to be sold in the closest city – a mere four hours’ walk away. Hatidze’s peaceful existence is thrown into upheaval by the arrival of an itinerant family, with their roaring engines, seven rambunctious children, and a herd of cattle. Hatidze optimistically meets the promise of change with an open heart, offering up her affections, her brandy, and her tried-and-true beekeeping advice.

HOUSE FOR YOU, A 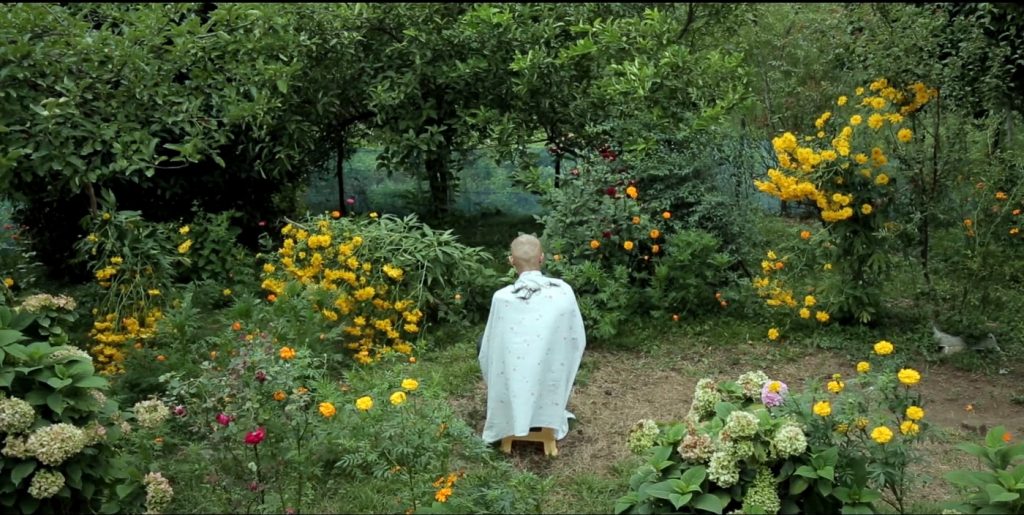 A 30-year old man from a faraway village in northern Iran is bankrupted, and at the same time, finds out he has progressive lung cancer. He makes a series of new decisions for continuing his life. 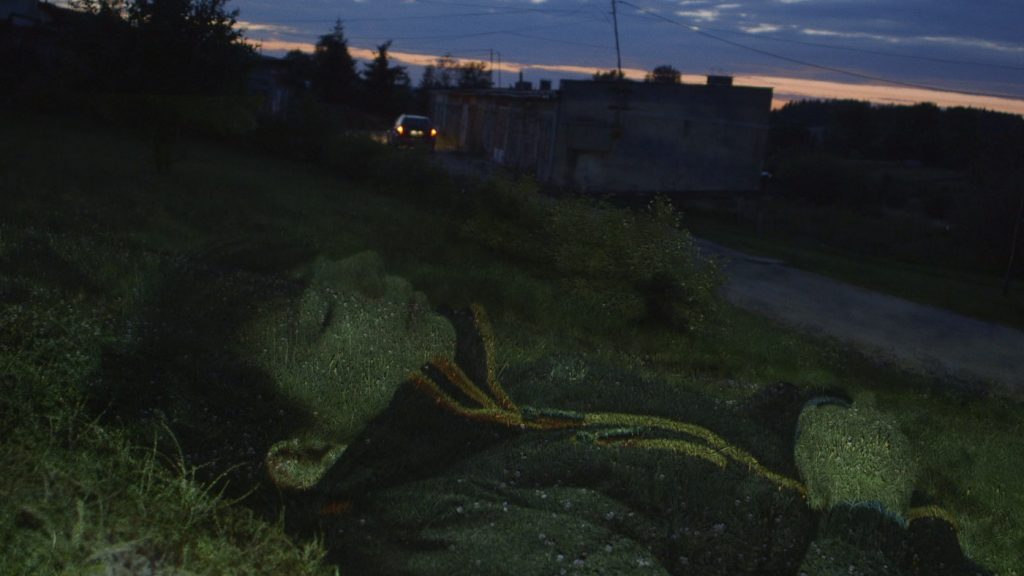 In Touch is a story about people from a little Polish village called Stare Juchy (in Polish – Old Blood). The village is located in Masuria, an area often referred to as “The Land of a Thousand Lakes”. Around 400 people from this village (over half the population) have emigrated to Iceland since the 1980s and not one has returned. Those who stayed behind – most of them from the older generation – are hoping for a reunion. But by now their children and grandchildren have settled into new lives on the other side of Europe. The distance separating them is great and the journey expensive, so they don’t get to hug each other very often. The best alternative is virtual meetings on Skype. 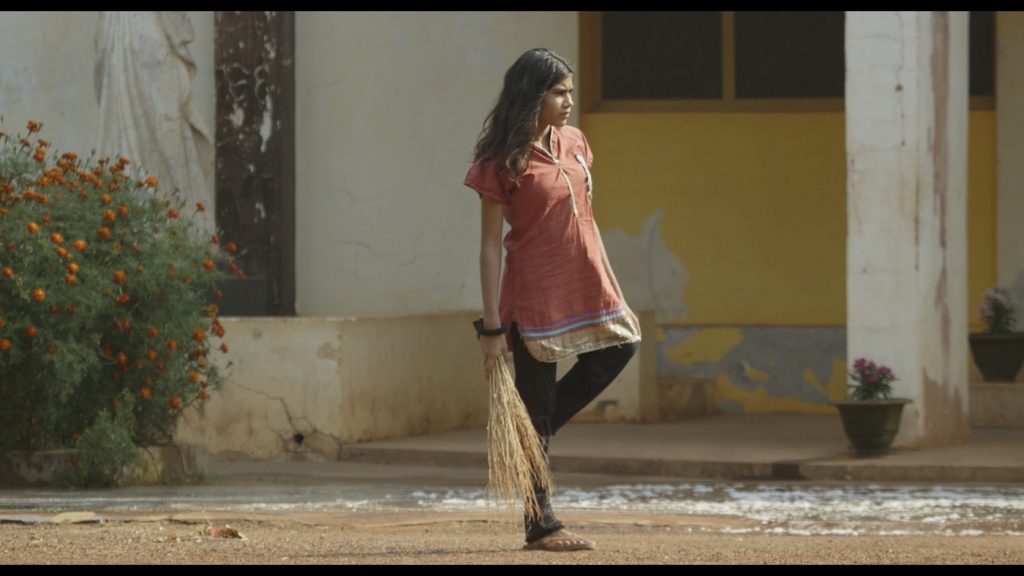 Helena is a doctor who should have retired a long time ago due to poor health, but she finds herself unable to leave her patients. Thirty years ago, she moved from Poland to India, where she has worked at the Jeevodaya centre for leprosy patients and their children ever since. To her youngest patients, she is not only a doctor, but also a motherly figure, and everyone at the centre calls her ‘mum’. There is only one person who seems to have a problem with her: the new Head of the institution. Unwilling to accept Helena’s authority among the patients, he has been trying to get rid of her. Despite being a Catholic priest, he does not appreciate her charitable work and has given her a derisive nickname, ‘Mother Teresa’.

MAGIC LIFE OF V, THE 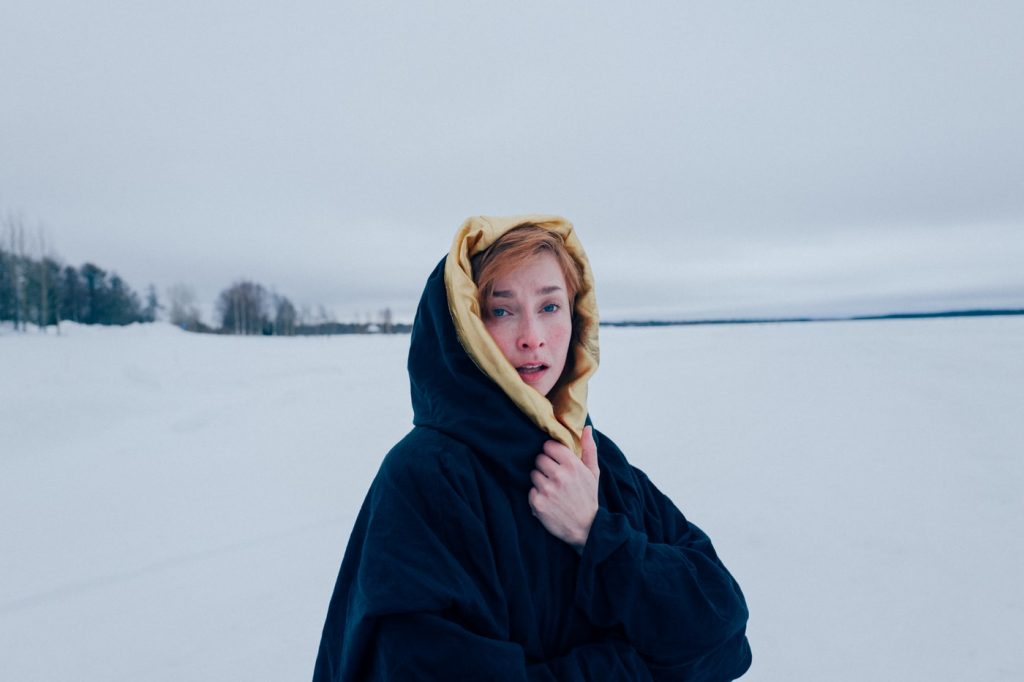 An intimate film about a young woman who uses the magic of LARPing (live-action role-playing) to address childhood trauma, protect and bring normalcy for her disabled brother, and become the hero of her own story.

MAREK EDELMAN ...AND THERE WAS LOVE IN THE GHETTO 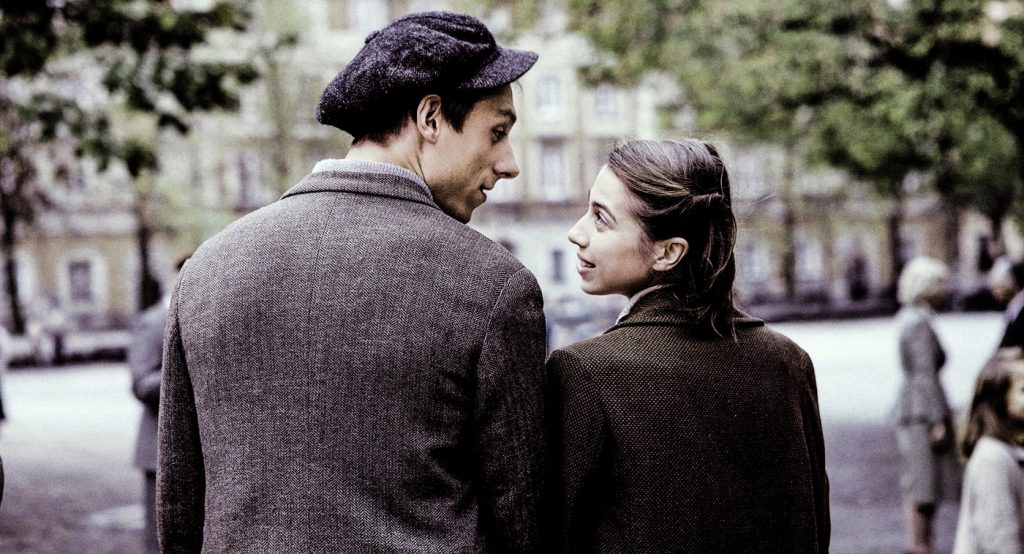 Imagine that the city where you were born is suddenly split in two, with a better half and a worse half. And you’re enclosed in the latter, by a wall 3 metres high, with broken glass and rolls of barbed wire along the top. If you cross it, they’ll kill you. If you stay, you’ll slowly die of starvation anyway. That is precisely what happened in Eastern Europe, in Poland’s capital city of Warsaw in the 1940s. “Why does nobody ask me if there was love in the ghetto? Why is nobody interested?” asked Marek Edelman, resistance fighter and the last leader of the Warsaw Ghetto Uprising, shortly before his death in 2009. In this film, he answers that very question, telling us that good and beauty did exist in the hell of the ghetto. And there was love, too. That was of the greatest value – even greater than life itself. A strong, unconditional love where you are prepared to make the ultimate sacrifice and give yourself completely to another person, body and soul. 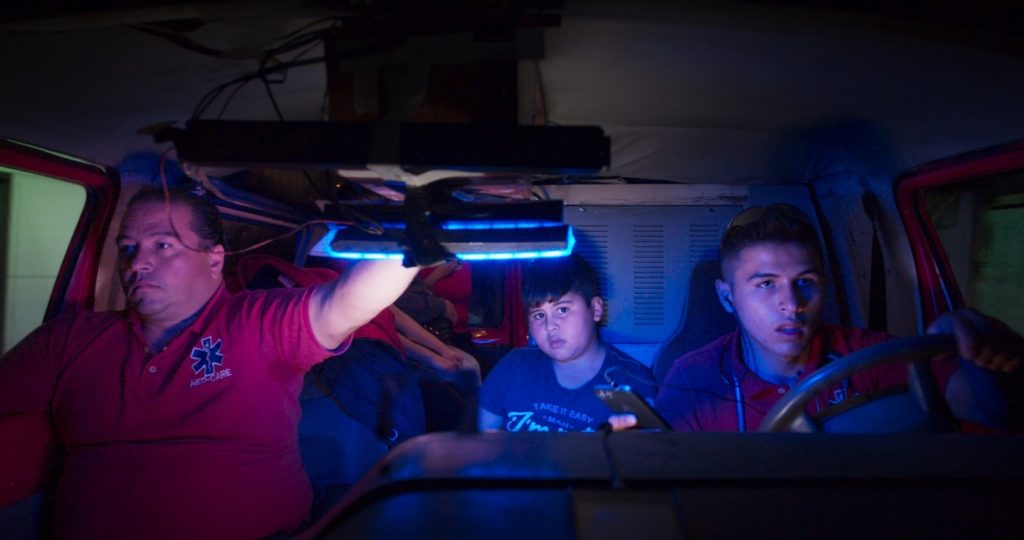 The Ochoa family runs a for-profit ambulance service in Mexico City, competing with other EMTs for patients in need of urgent help. While making a living in this cut-throat industry, they struggle to keep their financial needs from jeopardising the people in their care. When a crackdown by corrupt police forces the family to try to legitimise their operation, their desperate financial situation pushes them into questionable practices, even as they continue providing essential emergency medical services. In humanising the Ochoas’ ethically compromised business, Midnight Family explores important questions around healthcare, the failings of government, and the complexity of personal responsibility.

NAKED KING - 18 FRAGMENTS ON REVOLUTION, THE 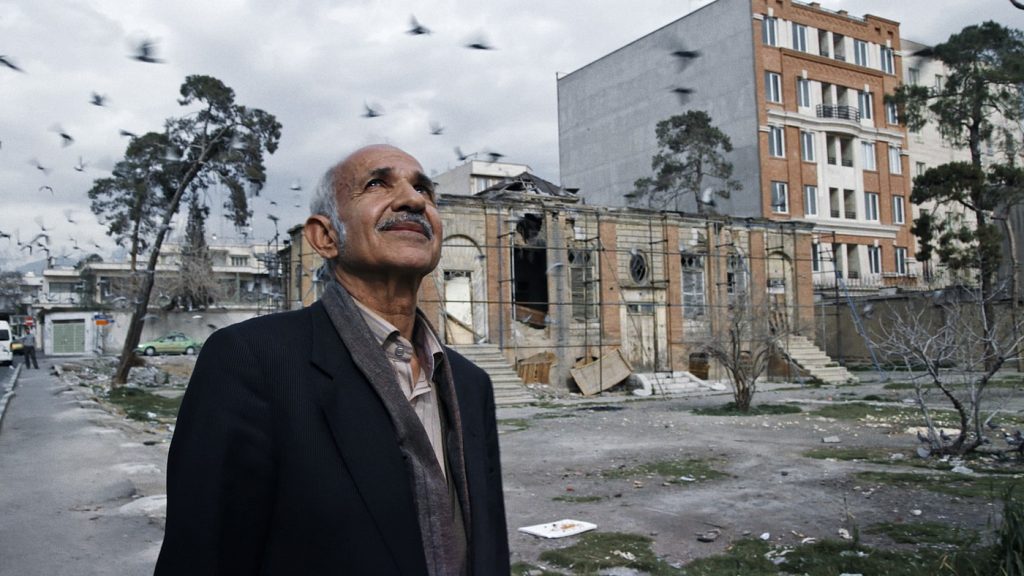 1979 - revolution in Iran. 1980 - revolution in Poland. The fall of the Shah, the "King of Kings" in Iran, mass strikes and the "Solidarnosc" movement in Poland. What happened in the minds of the young men and women who were involved in the revolutions of that time? What happened to them when the revolution was suppressed or - as in Iran - when a religious authoritarian elite took power? The director Andreas Hoessli lived in Poland as a research fellow. There, he met the reporter Ryszard Kapuscinski, who reported on the revolution in Iran. Kapuscinski's notes are the starting point of the film’s narrative, in which the director also collects the Polish secret service’s files about himself, where he discovers that he is to be recruited as an informant under the name "Hassan" for the secret services of the Polish People's Republic. 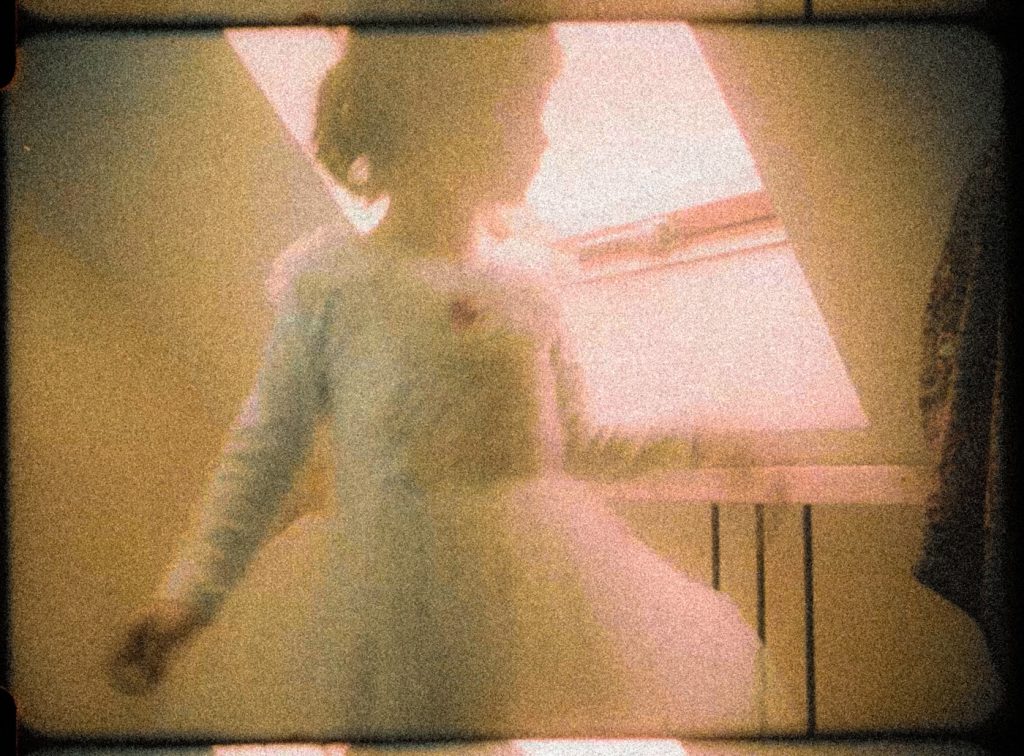 This film was shot over a period of 10 years, as the personal diary of the director/cinematographer and his wife, Ewa. The 16mm spring camera footage turns into a family story spanning over a decade - the story of time passing, describing the difference between the two worlds of children and adults, touching life and its unexpected end. Family. Different worlds.

We have all received those e-mails from strangers announcing that you have won the lottery or that an attractive woman would like to chat with you… But who are the people that try to deceive us? What human stories lie behind this phenomenon of internet fraud? In Ghana, there is a high rate of youth unemployment. This has led many young men and women to practice internet fraud, with the help of animism/voodoo to earn a living. Sakawa is the name given to this practice. Sakawa is a film about a new generation in Africa dealing with a digital world in their very own way. Ama is a young mother and a newcomer on the scamming scene. OneDollar tries to save the money he earns so that he can travel to Italy. Francis, the most experienced of them all, teaches the youngsters the tricks of the trade. These stories are intertwined with the path of E-Waste. What starts as Western waste dumped in Ghana ends up as the means for the Ghanaian youth to make money. A circle that shows the resilience of this generation.

Parents split up, and a family falls apart. Two separate worlds emerge from what once was considered unity. In constant transition, children now live between two homes. Where We Belong broaches their reality and focuses not only on how fragile children are, but also how brave and smart, and how humorously they respond to their situation.