We announce the line-up of the Documentary Features Competition "IMAGE OF THE WORLD AND WORLD IN IMAGES" of the 26th edition of the International Film Festival of the Art of Cinematography EnergaCAMERIMAGE.
The aim of the competition is to recognize the art of documentary filmmaking as creative interpretation of reality. Putting emphasis on the visual and aesthetic aspects of the selected nonfiction entries, the jury awards the best cinematographers in the competition. 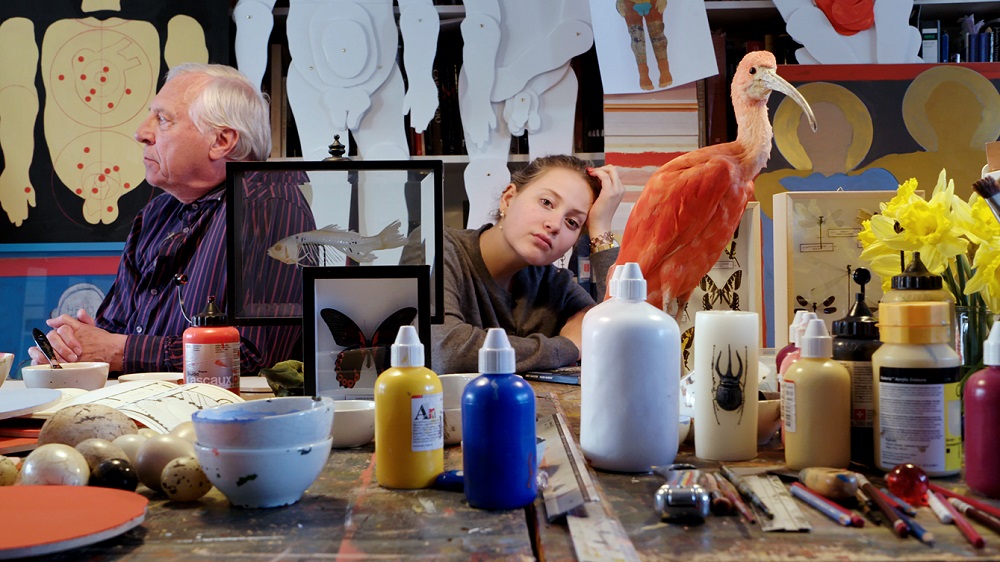 Peter Greenaway constructs an alphabet for and with his daughter Zoë as a blueprint of his life. The fascinations of filmmaker Peter Greenaway, whose motto is “art is life and life is art”, are captured like butterflies and arranged in an alphabet, a form suiting him perfectly as an encyclopedist. In intimate conversations with his perceptive 16-year-old daughter Zoë, we discover the “whos, whats, and whys” about Greenaway. They begin with A, which stands for Amsterdam, but could also stand for autism, Zoë suggests. Greenaway’s boundless creativity and unconstrained flow of words brings this to mind indeed, and he admits to wearing the label with pride. The playful conversations don’t shy away from painful topics: we hear that Greenaway hasn’t seen two other children of his for years. Later, heartbroken and in tears, Zoë asks him if for once he can stop talking like a commentator. Zoë’s spontaneous questions penetrate Greenaway to the core, enabling his wife, multimedia artist Saskia Boddeke, to make a deeply personal portrait not only of the artist, but also of Greenaway the father in his battle against time. 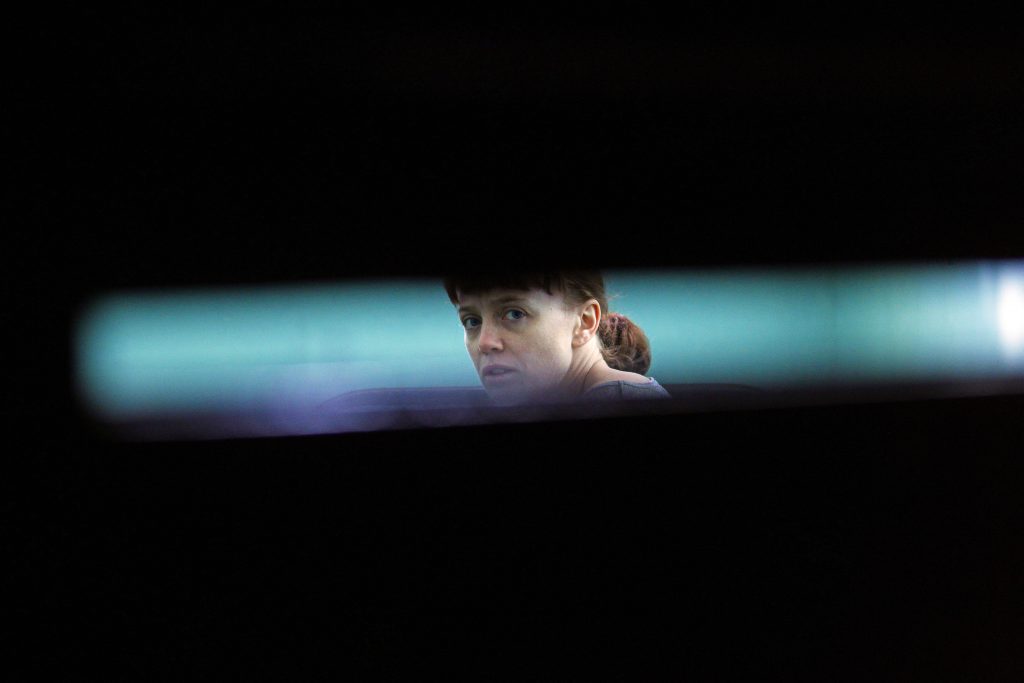 A cinematic, yet intimate and complex, portrait of Dolours Price. Two years before she died, the militant IRA activist, hunger striker, and dissident Republican gave a filmed interview on the condition that it would not be broadcast in her lifetime. This shocking film brings us deep inside the IRA and charts one woman’s journey from a passionate idealist to a disillusioned cynic, haunted by the memories of the terrible things she did for a cause she once so strongly believed in, and killed for, but which she believes was ultimately betrayed. Dolours Price resists easy stereotyping – she was a ruthless revolutionary/terrorist who did not shirk a single task, however brutal. She demanded her equal place among the male-dominated IRA and was pitiless in her scorn for those who did not share her total commitment. Passionate but fragile, dogmatic, yet tortured, she was also a beautiful, charismatic woman, loving mother, devoted sister, and friend. Fascinating, moving, and at times deeply disturbing – this is her story. 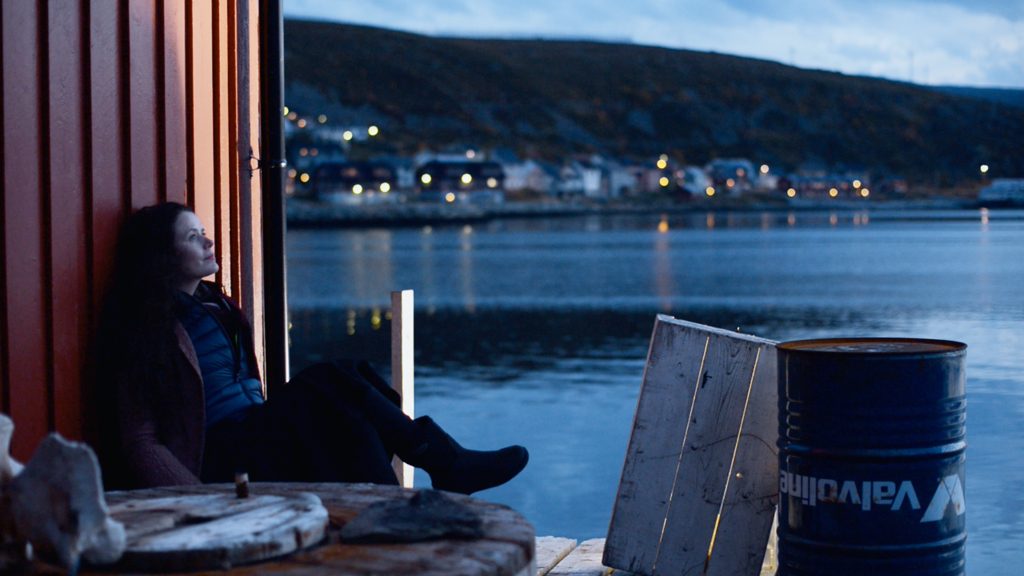 Norwegian actress Gørild Mauseth is challenged by the almost impossible task of playing Anna Karenina in a language she’s never spoken, and in the author’s home country. She embarks on a journey to learn Russian and discover the real reasons why Tolstoy wrote the novel. What Gørild does not know is that Anna Karenina will become the role of her life and change her forever. Gørild’s quest takes her 11,000 kilometres on the Trans-Siberian Railway to the Gorky Drama Theatre in Vladivostok. Along the way, she visits theatres, film studios, and opera houses, while also meeting fellow artists, Tolstoy’s relatives, and ordinary Russians. The film provides a unique insight into how an actor explores the boundaries between fiction and reality. Literature, theatre, and real life come together, portraying Anna Karenina like no Hollywood or Moscow blockbuster have ever done. It is about understanding love, enduring loneliness, pursuing hopes and dreams, and living life to the fullest. 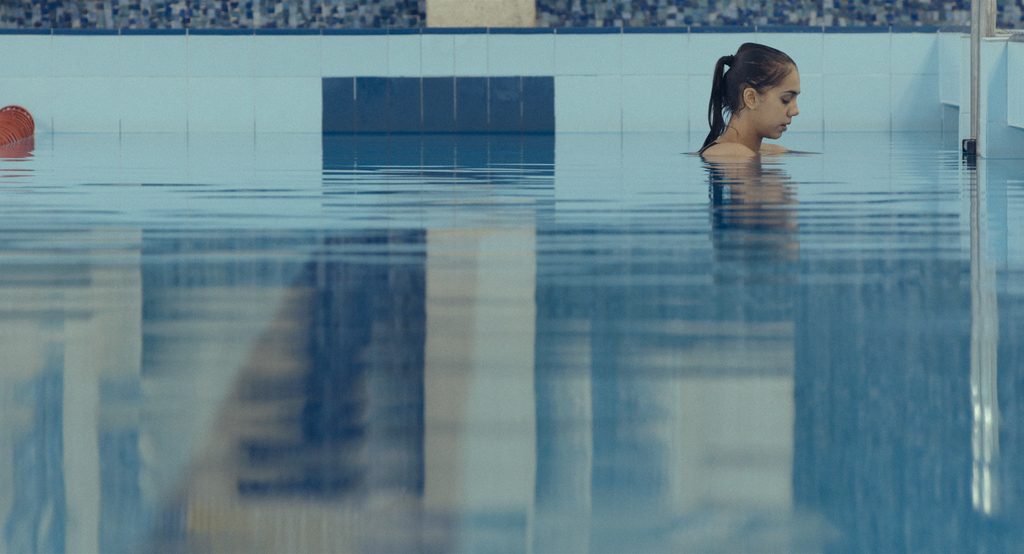 Margarita Mamun, an elite Russian rhythmic gymnast, is struggling to become an Olympic champion. It is the most important year of her career and her last chance to achieve the ultimate goal, an Olympic gold medal. The film creates a captivating portrait of a young woman who is desperately trying to handle her own ambitions and meet the expectations of the official Russian training system. It offers exclusive access to the hidden world of elite gymnastics and a unique insight into the triangle between the young sportswoman and her two trainers: Amina Zaripova and Irina Viner. Over the Limit is an intimate drama about the brutal relationships that lead to success.

Prince and the Dybbuk, The 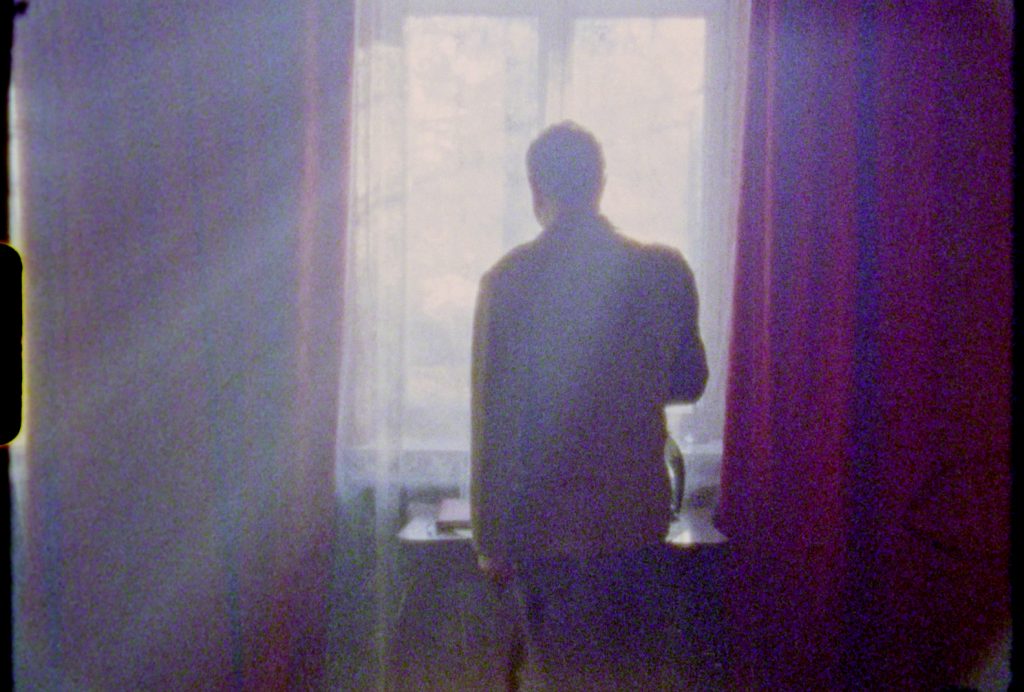 A cinematic journey through the life and work of Michał Waszyński, the director behind a number of recognized pre-war films featuring Eugeniusz Bodo and the mystical adaptation The Dybbuk. He was a producer of Hollywood hits with Sofia Loren and Claudia Cardinale. The film tries to unravel the mystery of Waszyński, a true human chameleon constantly rewriting his own biography. Some have remembered him as a distinguished aristocrat and husband to an Italian countess, others regard him as a talented, openly homosexual director and brilliant producer. 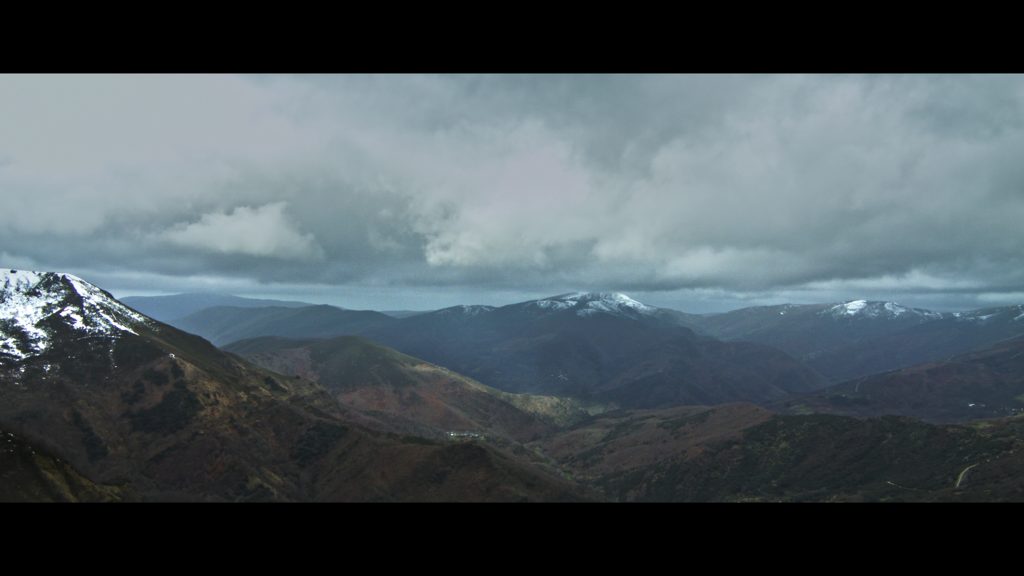 Alba is 12 years old and wants to discover the mysterious, fascinating, and unknown reality of death. With her best friend Samuel, she enters abandoned houses, travels through forgotten villages, and explores remote mountains that hide another parallel world. Hers is a journey to reveal the unexplainable conflict between the living and the dead.

Every year on 9th May, people gather in Treptower Park in Berlin. They come dressed in their best outfits or in Soviet military uniforms. They carry flags, banners, and posters. They lay flowers at the Soviet War Memorial. They sing, dance, and drink. They celebrate the victory of the Soviet Union over Nazi Germany. This film is a direct reportage from Treptower Park 72 years after this victory. 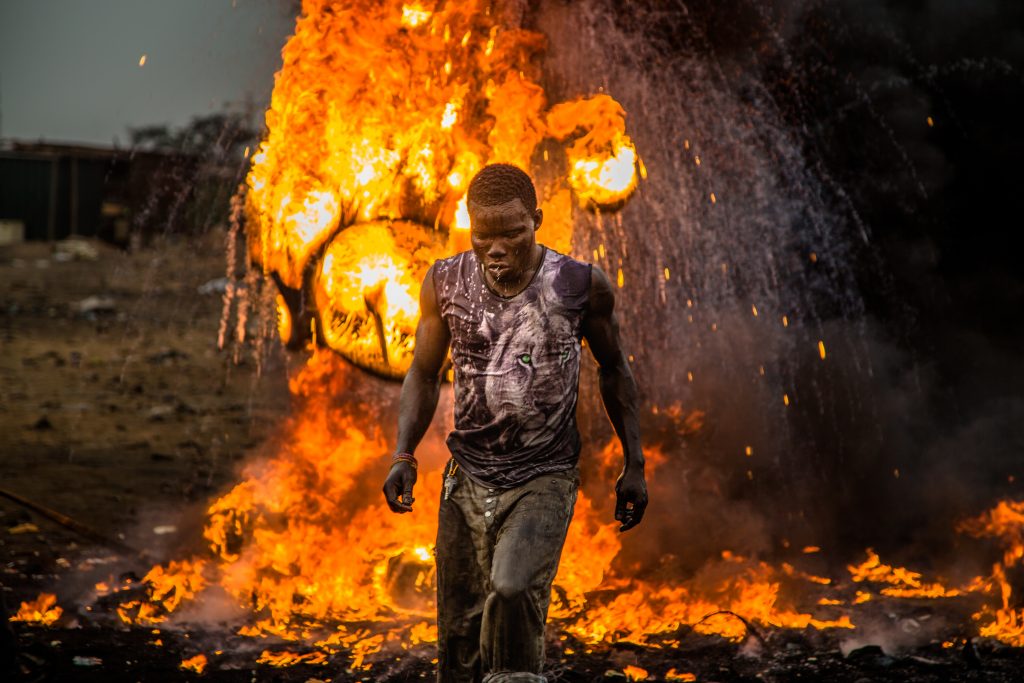 Cleverly interwoven, the destinies of the various protagonists unravel the complex story of this apocalyptic society. Their very personal inner voices allow a deep insight into life and work in this place – and of Sodom itself. Life on the landfill becomes a picture puzzle of our modern globalised civilisation; short-lived technology becomes a metaphor for our luxury, throw-away capitalist society. The seemingly apocalyptic setting is, for those who live there, a place full of perspective. There is no sign of the “end of days”, quite the opposite in fact. In hope of a better future, they have converted the landfill into a bustling place full of life and “get up and go” attitude. Everybody here in Sodom is in some way or another living off the blessings of the computer age, and many die as a result of them. The film portrays people whose existence and everyday lives are not only formed by modern technology, but threatened by it too. This is a place where the curse of digital consumer madness has manifested itself. Sodom is the true end of our modern digitalised world – and it will most probably be the final destination of the tablet, the smartphone, and the computer you buy next.

In a Kenyan town bordering wildlife conservation land, two men try to hold onto their increasingly fragile status quo. A small-time ivory dealer fights to stay on top while forces mobilise to destroy his trade. When he turns to his cousin, a conflicted wildlife ranger who hasn’t been paid in months, they both see a possible lifeline. The plummeting elephant population in Africa has captured the attention of the world, and as the government cracks down, the poachers face their own existential crisis. For them, conservationists are not only winning their campaign to value elephant life over its ivory, but over human life as well. Who are these hunters who risk death, arrest, and the moral outrage of the world to provide for their families? Director Jon Kasbe followed the film’s subjects over a three-year period, gaining an extraordinary level of access and trust as he became part of their everyday lives. The result is a rare and visually arresting look through the perspectives and motives of the people at the epicentre of the conservation divide.

When the Bull Cried 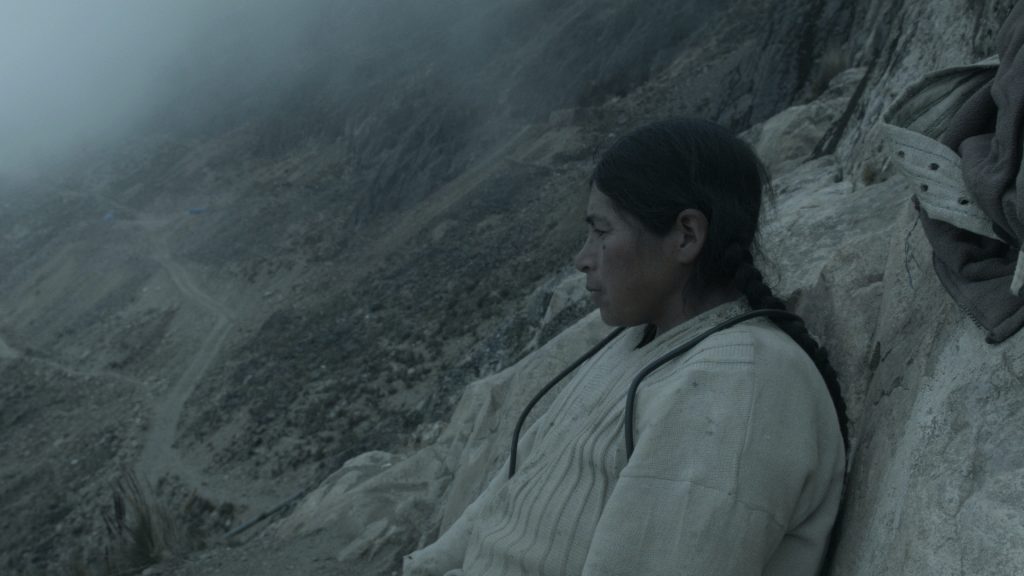 When the Bull Cried offers a poetic look at a mystical mining camp, high up on a Bolivian mountain, where life revolves around tin. Men and women of all ages search for their luck in the belly of a powerful peak, which they rip open with dynamite. Work in the ice-cold mineshafts is hard and dangerous, so the miners ask 'El Tio', Lord of the Darkness, for protection by honouring him with copious amounts of alcohol. When the mountain eventually stops rewarding them with metal, life becomes even tougher, so they prepare for an offering to pay it back.