We announce the line-up of the Documentary Features Competition "IMAGE OF THE WORLD AND WORLD IN IMAGES" of the 25th anniversary edition of the International Film Festival of the Art of Cinematography CAMERIMAGE.
The aim of the competition is to recognize the art of documentary filmmaking as creative interpretation of reality. Putting emphasis on the visual and aesthetic aspects of the selected nonfiction entries, the jury awards the best cinematographers in the competition. 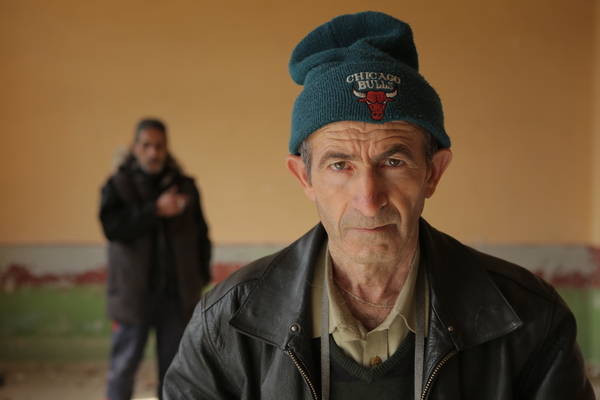 A small Bulgarian village just by the Turkish border has found itself in the middle of a European crisis – at night asylum seekers sneak past the border. The forgotten village has become the most important secret loophole of Europe. Ivan, the local postman, has a vision. He decides to run for mayor and bring the dying village back to life by welcoming refugees. His opponents want to close their eyes, close down the border, and reintroduce communism.
Original title: Hyvä postimies
Polish title: Dobry listonosz
Director: Tonislav Hristov
Cinematographer: Orlin Ruevski 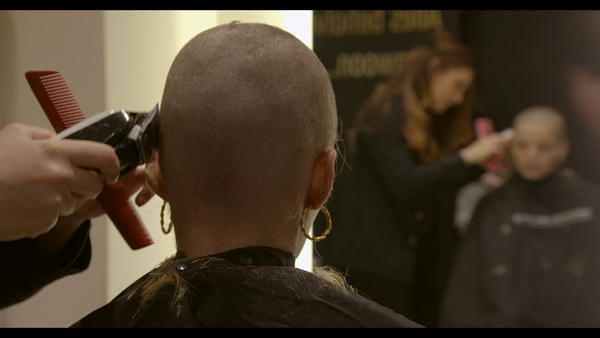 In Grey Matter, director Jan Louter follows neurosurgeons Clemens Dirven and Arnaud Vincent during the treatment of various patients with brain disorders, a very intensive process for both surgeon and patient during which – besides life and death – personality, the essence of the patient, is at stake.
Original title: Hersenleed
Director: Jan Louter
Cinematographer: Roel Van 't Hoff
Produced by: Basalt Film
Netherlands, 2017 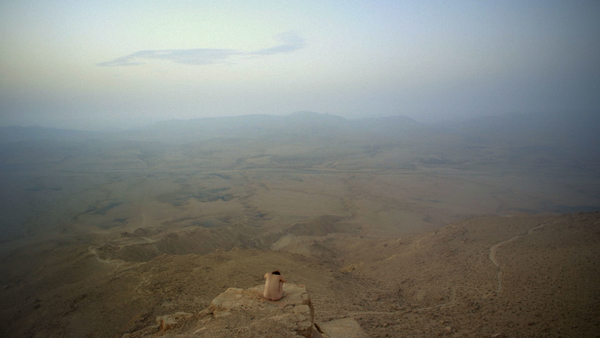 A young woman detaches herself from her family as she goes on an ecstatic journey to the birthplaces of her Ukrainian-German-Jewish self. Instead of finding support, she loses herself in the midst of national and religious conflicts. Leaving her cultural past behind, she embraces the idea of having no identity at all – in the void of the biblical desert. Kreatura is biographical and fictitious, like identity itself.
Director: Viki Aleksandrovich
Cinematographer: Dino Osmanovic
Produced by: Pronoia
Germany, 2017 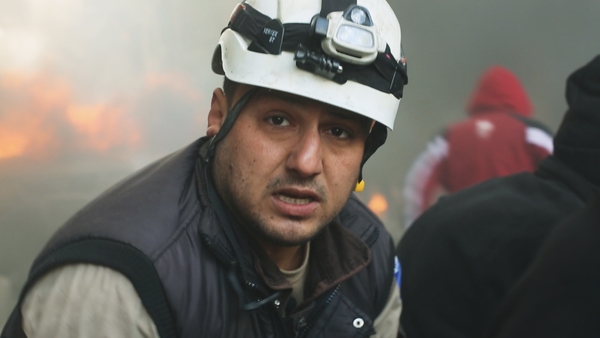 After five years of war in Syria, Aleppo’s remaining residents prepare themselves for a siege. The main characters of the film – Khalid, Subhi, and Mahmoud – are members of the White Helmets, also called the Syrian Civil Defence, which consists of common people that decided to stay in the city to help the victims of bombing. Until now, they have managed to save over 60,000 lives, often by pulling them from debris with their bare hands. The film, directed by Feras Fayyad, makes us experience not only the huge devastation of war, but also the personal story of everyday people that became real heroes in the face of a mass tragedy playing out in front of the eyes of the entire world.
Original title: De sidste mænd i Aleppo
Polish title: Ostatni w Aleppo
Director: Feras Fayyad
Cinematographers: Fadi Al Halabi, Mojahed Abo AlJood, Thaer Mohammed, Hassan Kattan 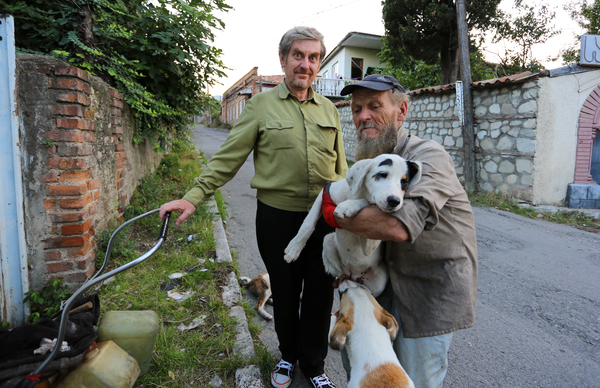 There are five main characters in the film, and each of them has their own history. They live in Telavi (Eastern Georgia) in the same neighbourhood. Two homeless German men. One of them plays the piano at the Charity House. He is a former fireman. He saved Tsinandali Museum from burning down. He lives in an abandoned canning factory and is trying to set up a chicken farm, but he keeps getting robbed. It has been 20 years since the electricity supply was cut off for the other German man. He invented a stove which produces electricity. He calls his semi-dilapidated house the symbol of ‘the Broken Soviet Union’ and he considers himself as the museum exhibit. The third character is an 80-year-old former communications office director. His house is a historical monument protected by the government. But the house is in poor condition. As soon as the owner tries to repair it, he is fined by City Hall. The fourth character is a former engineer, a former lecturer of Telavi University, but now he only stays at home and listens to rock music and complains about his life. He has a dream to establish an elite pool in Telavi and is in search of the first million dollars. So far, he only lives on the support of his wife. The fifth character is a successful farmer and businessman. He needs some additional workers to assist him, but he can’t find anybody. Nobody wants to work. On his farm he has a mini chapel where he prays for the best future.
Original title: Eto jizn
Director: Vakhtang Kuntsev-Gabashvili
Cinematographer: Vakhtang Kuntsev-Gabashvili
Produced by: The Production Studio "Akrobat"
Georgia, 2016

New Wild, The: Life in the Abandoned Lands 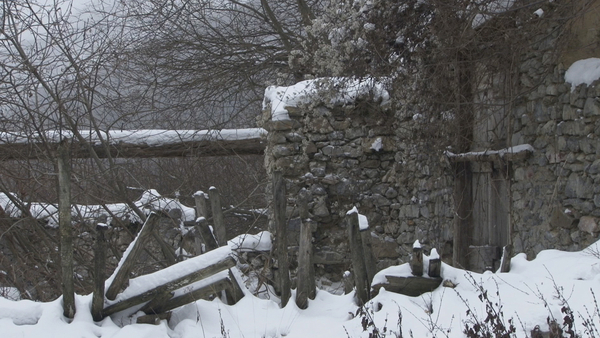 As rural populations age and decline, new and surprising landscapes are appearing across Europe. Farmland lies abandoned, reclaimed by a self-willed natural world: trees are growing where once there were fields; wild animals roam free amongst the debris. Away from the pull of our economic centres, marginalised regions are witnessing a demographic and cultural collapse. Ways of life become stories, stories become history, and as the city grows the memory fades. But things grow from the cracks of ruin, and in the cracks of great change are small stories. In an abandoned alpine valley, one village’s precarious attempt to survive offers a series of reflections on our changing relationship with the countryside and as such with the natural world itself.
Director: Christopher Thomson
Cinematographer: Christopher Thomson 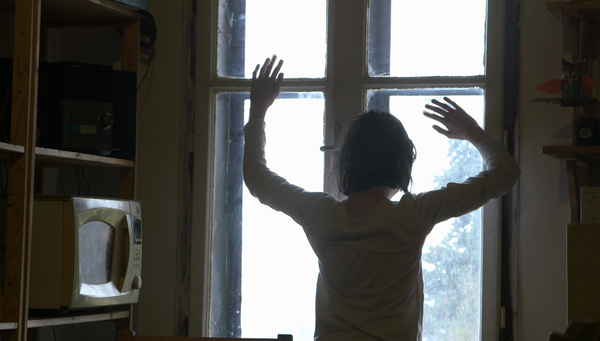 Direct and thoughtful, Luka has a distinctive sense of humour; he loves movies and he writes his own screenplays. Piano virtuoso Denis is able to play demanding classical pieces; he is also incredibly intelligent and well-read. He adores The Little Prince so much that he keeps rereading it. Majda likes to rap and isn’t shy about it; her bold lyrics expose the surrounding world with disarming accuracy. Marjamka is able to tell long stories in English, while her tireless brother Ahmed is uncommonly friendly. Five remarkable children that society has consistently and unflatteringly labelled ‘autistic’. A foremost Czech documentarian with a unique authorial vision challenges us once and for all to stop perceiving autism as a medical diagnosis and to try to understand it as a fascinating way of thinking that’s often maddeningly difficult to decipher. Because who’s to determine what’s normal? Living in a constant rush while disregarding the absurdity of modern life, or wistfully seeking order, peace, and tranquillity in the world?
Original title: Normální autistický film
Director: Miroslav Janek
Cinematographer: Miroslav Janek

On Yoga the Architecture of Peace 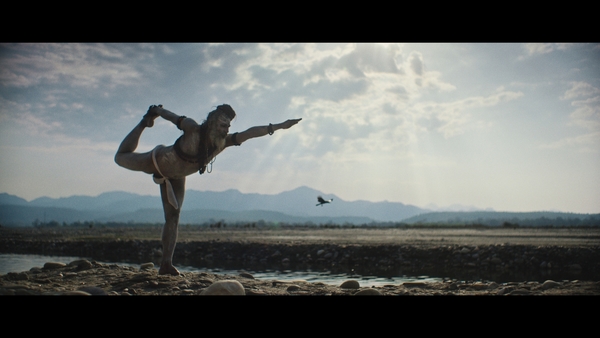 The film is based on Michael O’Neill’s book of the same name published by Taschen. This project tells the story of the ten years the author spent photographing yoga’s great masters. It has been created as a deep extension of the original book. By posing very human questions from our current perspective and mixing them with elements of movement and experiential sound, a new view of the Art of Yoga will emerge.
Director: Heitor Dhalia
Cinematographer: Adolpho Veloso 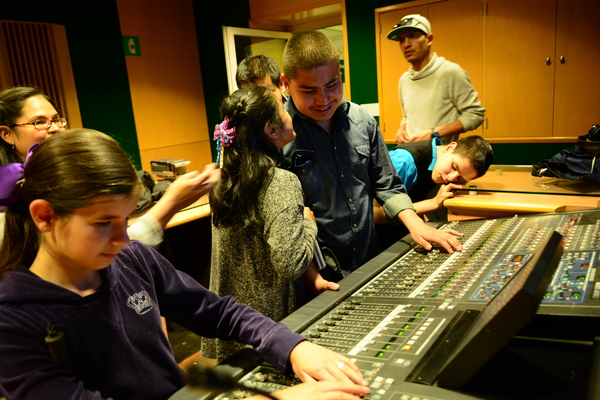 Potentiae is an intimate portrait of people with different disabilities. These people form groups according to their specific condition, becoming then a living organism, a blend through which individuals are supplemented through the capacities of others, thus developing, as a multiplicity, new strengths and possibilities. The camera follows them closely in their everyday activities, and a minimal story serves as an excuse, a provocation to bring them all together in a thread of perceptual experiences that lasts one single day. The film becomes a one-day epic of senses and lives.
Director: Javier Toscano
Cinematographer: Ricardo Garfias 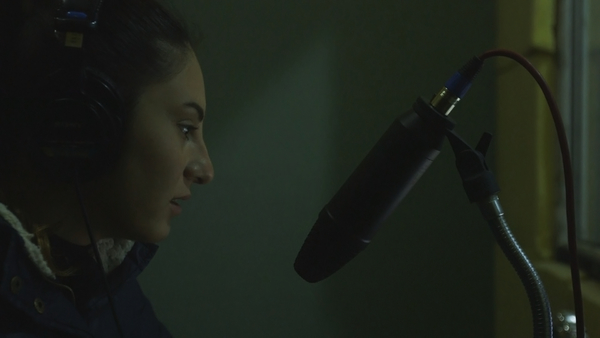 The Syrian border town of Kobanî was occupied and destroyed by IS. When liberation came, 20-year-old Kurdish reporter Dilovan started a radio station. She and her friend Biter report on refugee camps, talk to survivors, and interview fighters and musicians. The broadcasts seem to offer their listeners comfort and a sense of stability as reconstruction gets underway and they cautiously dare to think about the future again. The film documents events in Kobanî over a three-year period, both during and after the fighting. Over subdued images of the war torn town, Dilovan reads a letter to the child she hopes to have one day, describing the merciless terror to which IS subjected Kobanî and the terrible effects this has had on the lives of her friends and family. Slowly but surely, Dilovan is able to enjoy the lighter sides of life again: listening to music, flirting in the park, falling in love.
Director: Reber Dosky
Cinematographer: Nina Badoux

To Stay Alive: A Method

In 1991, an unknown writer Michel Houellebecq published an essay titled Rester Vivant (To Stay Alive). The relatively short text fascinated Iggy Pop, who recognized the French writer’s anguish as his own pain accompanying him on stage for so many years. Houellebecq's essay is a brilliant collection of tips for “those who are about to give up”. It is a praise of creative freedom and a lesson that an uncompromising realization of “self” comes with great suffering. Iggy Pop, the pop culture icon, plays a major role in the film – that of our guide. To Stay Alive: A Method follows Iggy to Michel’s house... Although it’s not exactly Michel, and it’s not exactly his house...
Polish title: Przeżyć: metoda Houellebecqa
Directors: Arno Hagers, Erik Lieshout, Reinier van Brummelen
Cinematographer: Reinier van Brummelen
Produced by: AT - Production