Directors’ Debuts Competition was initiated in 2010 due to the Festival’s increasing openness to the noteworthy artists and the new film phenomena they create. The selection committee nominates first or second non-documentary feature films made by young directors and cinematographers. The idea of creating additional competition sections was a natural consequence of our previous activities. For years we have been promoting innovative projects that combine intellectual freedom, remarkable insight into world affairs and a desire to inspire other artists of the screen.
Directors’ Debuts Competition brings new discoveries: great movies of high artistic value and great filmmakers whose new ventures surprise not only the Jury members but all audiences around the world as well.
Competition is under the patronage of Polish Filmmakers Association. 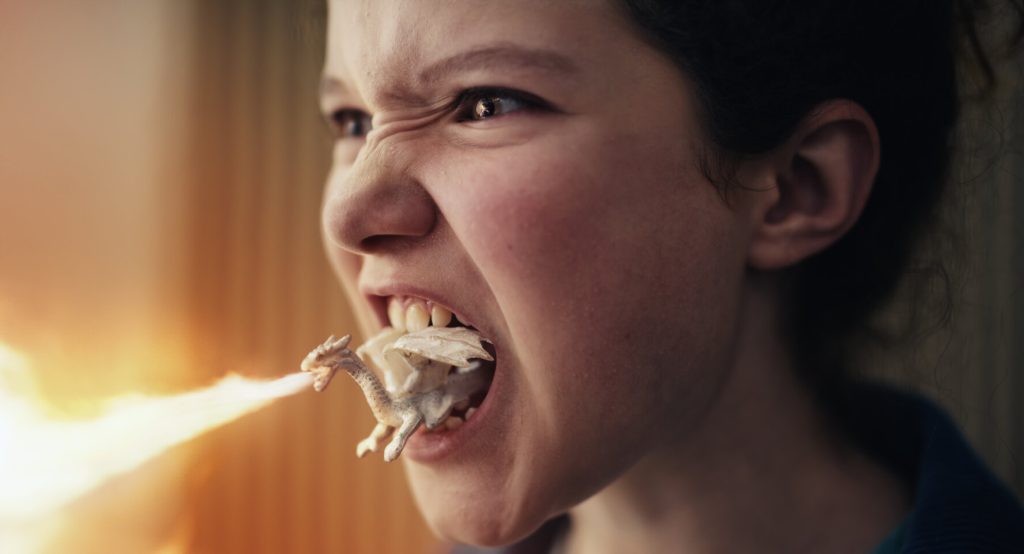 Blaze, a teenager, is the sole witness to a woman being violently attacked. Left catatonic with shock, she struggles to make sense of what she saw. She retreats into imaginary worlds, where the shimmering magic dragon who has been her companion since childhood, allows her to activate her own rage and ultimately find renewal. And while her childhood is shattered forever, she is finally able to walk into the future unafraid. A unique hybrid of VFX, live action, puppetry and animation, Blaze is an ode to female courage and a celebration of the power of the imagination. 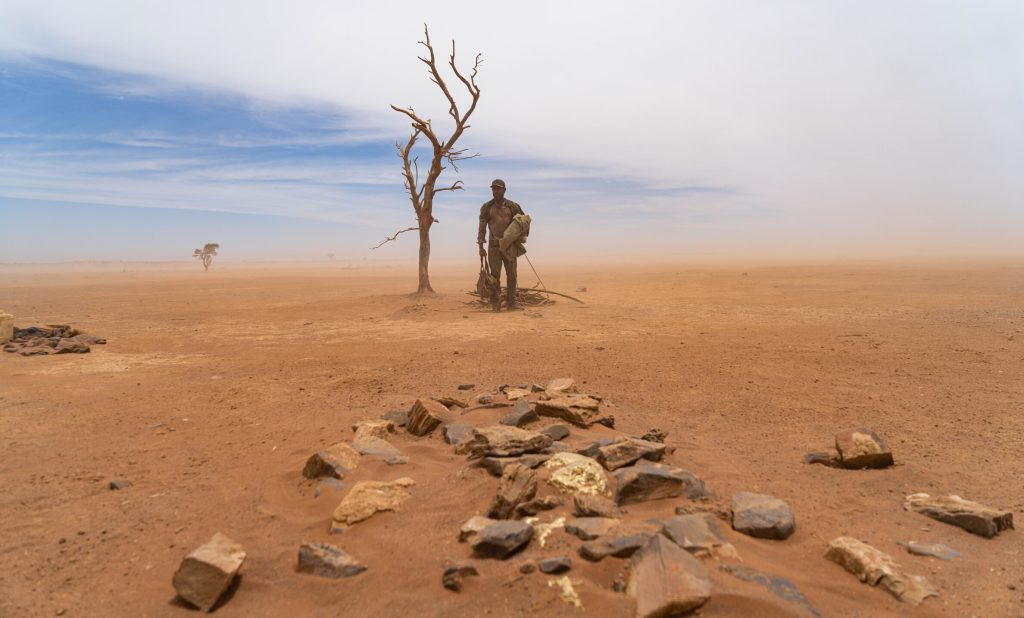 A suspenseful thriller about how far people are ready to go to protect their wealth. When two men crossing the desert discover the largest nugget of gold ever found, they are overcome by greed and visions of an unlimited fortune. They quickly devise a plan to get the lump of gold out and protect it. One of them sets out to get the necessary equipment. The other stays to fight against nature’s adversity, wild dogs and mysterious intruders. And also with the growing conviction that he has been abandoned to his fate. 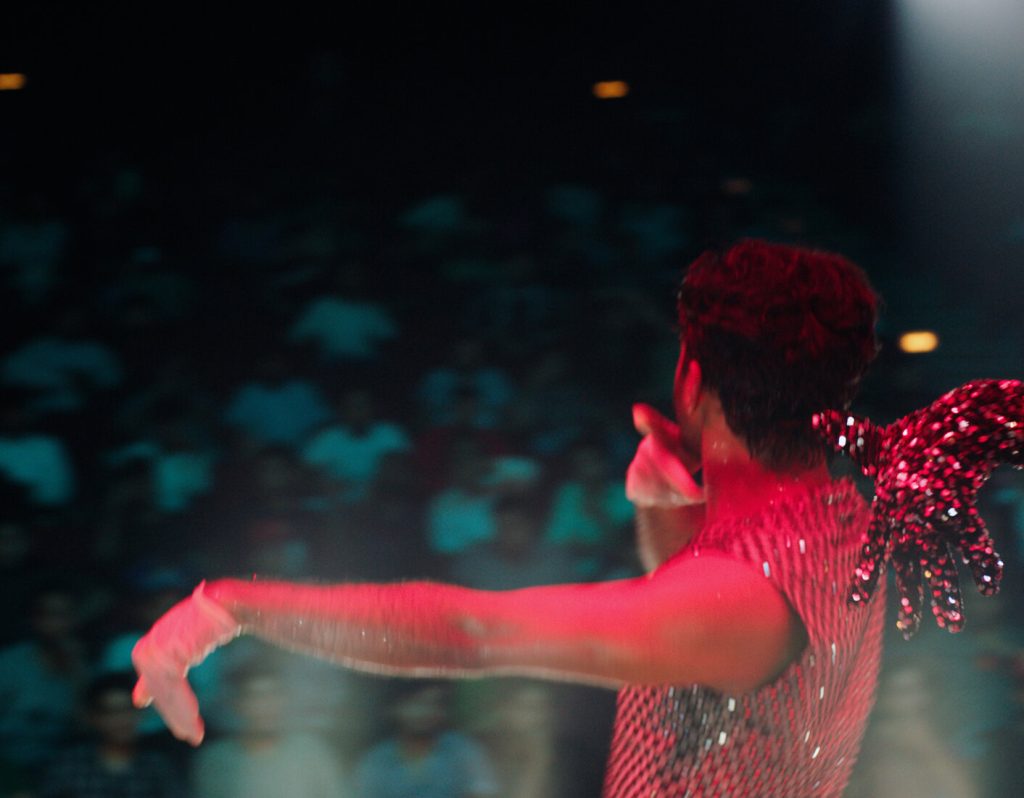 In the heart of the metropolitan yet conservative city of Lahore lives the Rana family, a lower middle class joint family comprising of the old patriarch, the elder son and pregnant wife with three daughters, and the youngest son Haider and his wife Mumtaz. As the Rana’s eagerly anticipate the birth of a baby boy to continue their family line, Haider secretly takes up a job as a background dancer at an erotic theatre where he is drawn to an ambitious trans starlet, Biba. Slowly yet suddenly, Haider and Biba are engulfed in a secret summer romance which surreptitiously takes over his home, unraveling the dichotomy between desire and morality for the entire Rana family.

LOVE ACCORDING TO DALVA 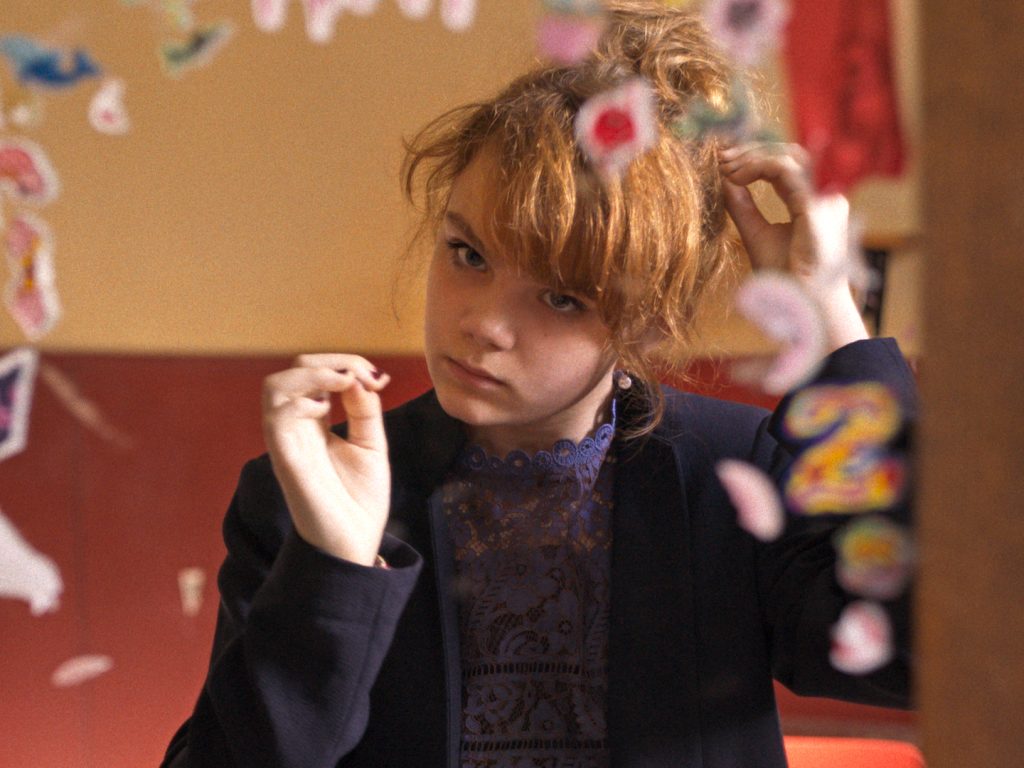 Dalva, 12, lives only with her father. One evening, the police storms into their home and takes her into foster care. As Dalva befriends her new roommate Samia and social worker Jayden, she gradually comes to understand the love she shared with her father was not what she thought. With their help, Dalva will learn to become a child again. 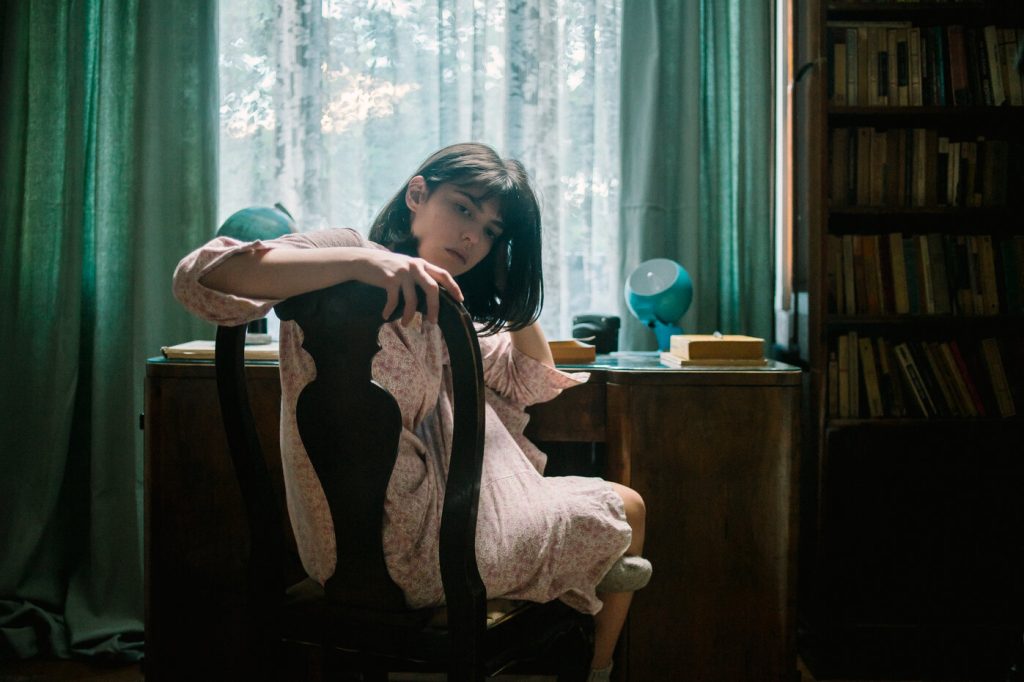 Bucharest, 1972. Ana, 17, dreams of love and freedom. One night, while partying with her friends, they decide to send a letter to Metronom, the musical program which Radio Free Europe broadcasts clandestinely in Romania. It is then that the Securitate, Ceausescu’s secret police, arrives...
Director: Alexandru Belc
Cinematographer: Tudor Vladimir Panduru
Produced by: Strada Film
Country and year: Romania, France, 2022

Alicia had “the perfect life” and lost it. Her six-year-old son died in an accident. Her grief is plagued by guilt, which has made her disassociate from society, from married life, and from herself. She now lives in the Old Quarter of Panama, a rich colonial enclave surrounded by Panama’s poorest neighbourhoods. There she meets Chief, a street-smart 13-year-old who takes care of cars in front of her apartment and insists on getting paid for his job. Alicia keeps a safe distance from him, until one night Chief arrives at Alicia’s apartment bleeding from a gunshot wound and begs her to let him inside. How far would you go to help a stranger? 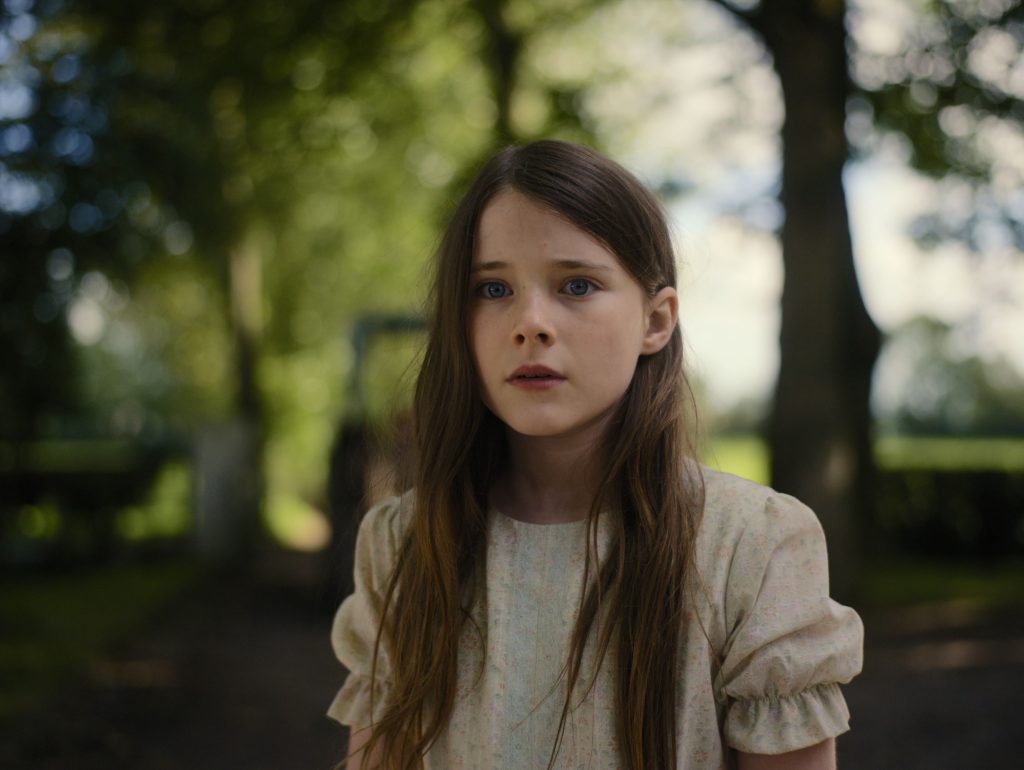 Cáit is a nine-year-old girl from an overcrowded, dysfunctional and impoverished family. Quietly struggling at school and at home, she has learnt to hide in plain sight from those around her. As summer arrives and her pregnant mother’s due date approaches, Cáit is sent to live with distant relatives. Without knowing when she will return home, she is left at the strangers’ house with only the clothes she is wearing. The Kinsellas, a middle-aged couple she has never met, dress the girl in whatever clothes they have. They are farming people, like her own, but hard-working and wanting for nothing, it seems. Despite a warm reception from the woman, Eibhlín, the man of the house, Seán, keeps his distance from Cáit and she from him, but over time, their strained relationship begins to deepen. Slowly, in the care of the Kinsellas, Cáit blossoms and discovers a new way of living. But in this house where affection grows and there are meant to be no secrets, she discovers one painful truth. 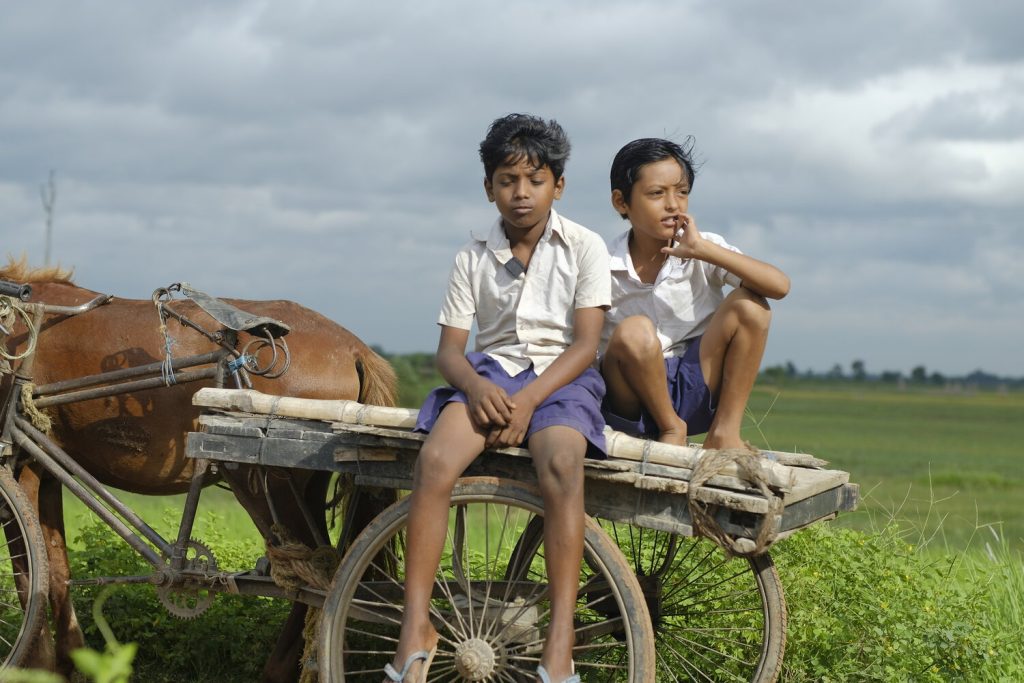 The aftermath of Babri Mosque demolition and the Bombay blasts in India, 1992-1993, found its violent echoes even in a remote village of West Bengal adjacent to the India-Bangladesh border where the story begins to unfold. A story of friendship between two little boys belonging to two warring religious communities. Palash (8) is the son of a Hindu Brahmin, while Safikul (8) is the son of a Muslim weaver. The innocence of Palash and Safikul receives its sustenance from nature. The greenery of the village, the river and the vast stretch of paddy fields playfully rebound the echoes of the voices and the laughter of the boys. However, relentless fate arrives quietly, when separation becomes the destiny of their friendship. How the boys face the farewell and spread wings to fly again.