Cinematographers’ Debuts Competition was initiated in 2010 due to the Festival’s increasing openness to the noteworthy artists and the new film phenomena they create. The idea of creating additional competition sections was a natural consequence of our previous activities. For years we have been promoting innovative projects that combine intellectual freedom, remarkable insight into world affairs and a desire to inspire other artists of the screen.
Cinematographers’ Debuts Competition brings new discoveries: great movies of high artistic value and great filmmakers whose new ventures surprise not only the Jury members but all audiences around the world as well.
Competition is under the patronage of Polish Filmmakers Association. 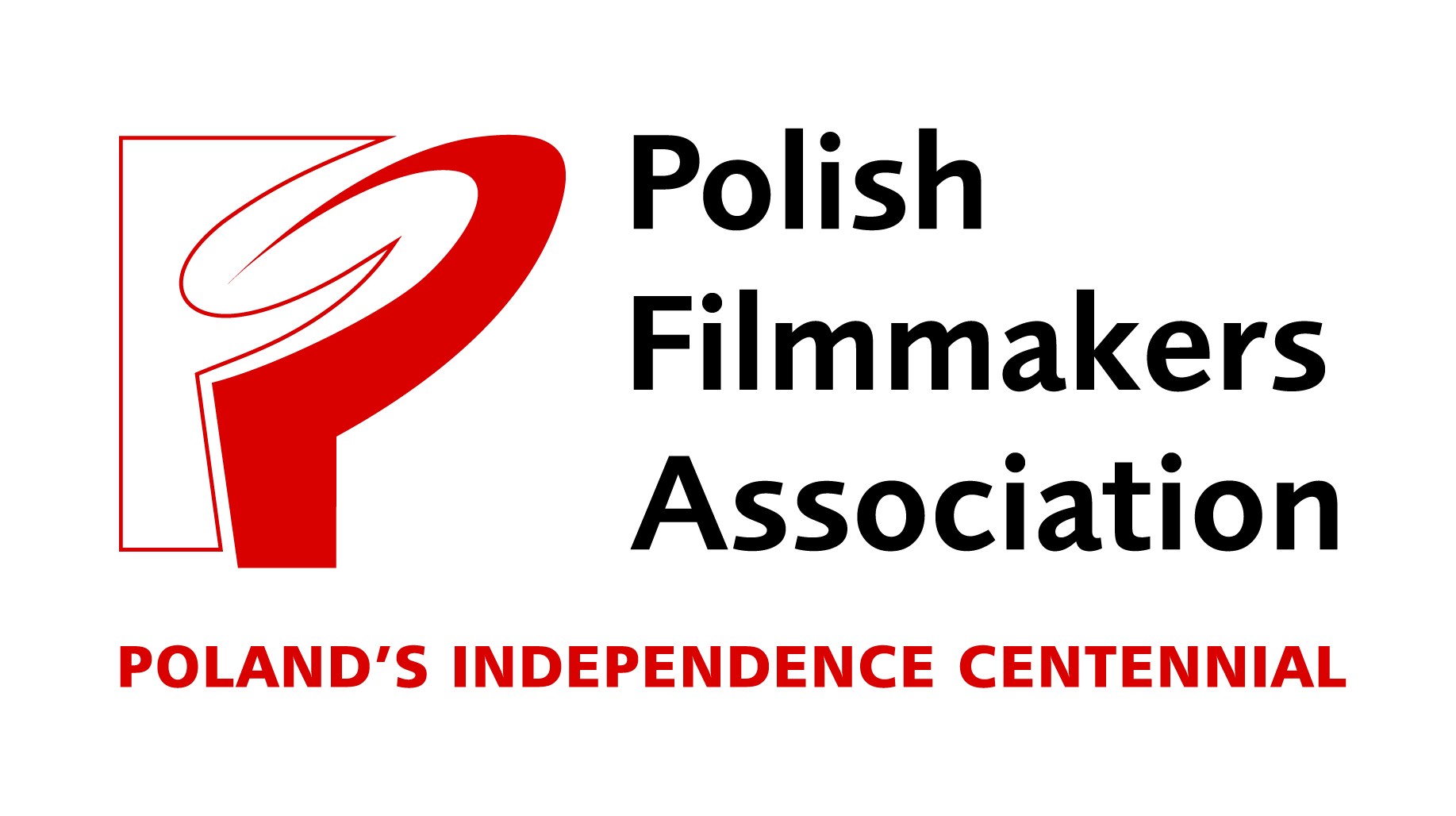 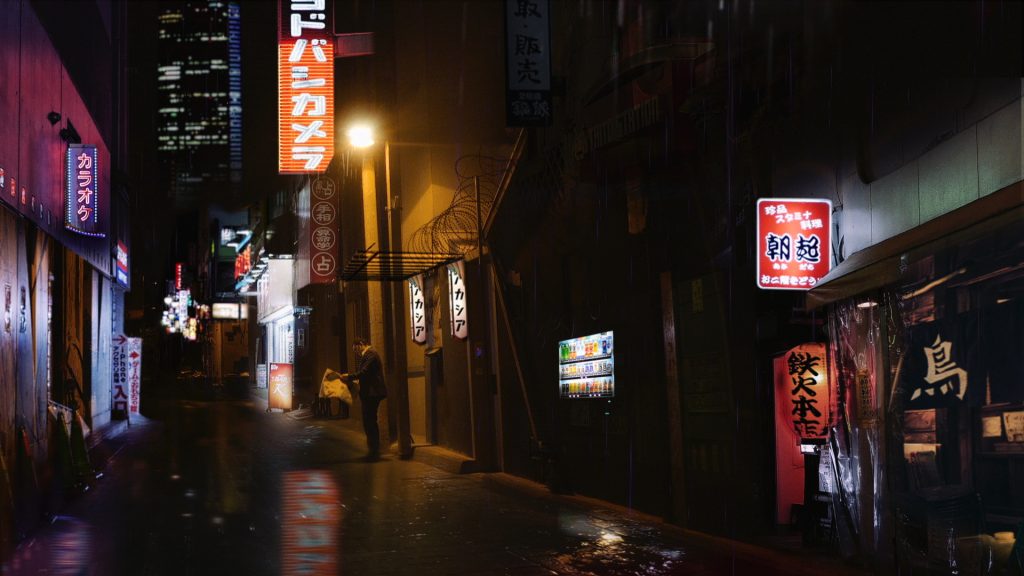 If dreams are thinly veiled projections of one’s consciousness, expressions of the dreamer’s hopes, fears, desires, and disillusions – does that mean making them physical and real will materialise the things they are a response to? Eko is an inconspicuous woman living in an apartment building hopelessly lost in the guts of a giant metropolis. While observing, through the nonchalant rain, the nocturnal spectacle of light that makes Tokyo seem feverishly unreal, Eko decides to place a curious ad in a local newspaper. In it, she encourages readers to call her and describe their dreams in detail. Then, she pays them a visit and transforms their lyrical or perverted fantasies into tangible form. She exists in limbo – a state of confusion somewhere between the reality and the illusion of the imaginations of others, and soon the woman loses herself in her new passion. Will she be strong enough to escape this sophisticated trap of the senses?
Director: Ran Slavin
Cinematographers: Maayan Blech, Neil Cohen, Yuri Gershberg, Ran Slavin
Produced by: Plan B, Nocturnal Rainbow Films

Parents can harm their children in myriad ways, both purely physically, which tends to finally heal with time and leaves only a few scars, and psychologically – reverberating intensely for many years, sometimes to one’s final breath. With this in mind, what could Zain’s parents have possible done to be put on trial by him for giving him life in the first place? The answer is not as obvious as it may seem. It echoes in the narrow streets of Beirut’s slums where it’s every man for himself, and friends can turn into predators in a flash. It can be seen on the faces of the poverty-stricken people that Zain, our main character, who’s around twelve years old, meets on his turbulent odyssey through the city’s circles of human hell. “Around twelve” – because the destitute parents never thought of registering his birth in the proper office, and subsequent pregnancies ultimately warped their perception of time. Unfortunately, in Zain’s world such a case is not something anyone would even remotely care about.
Original title: Capharnaüm
Polish title: Kafarnaum
Director: Nadine Labaki
Cinematographer: Christopher Aoun
Produced by: Mooz Films
Polish distributor: GUTEK Film SP. z o.o.
Country and year: Lebanon, 2018 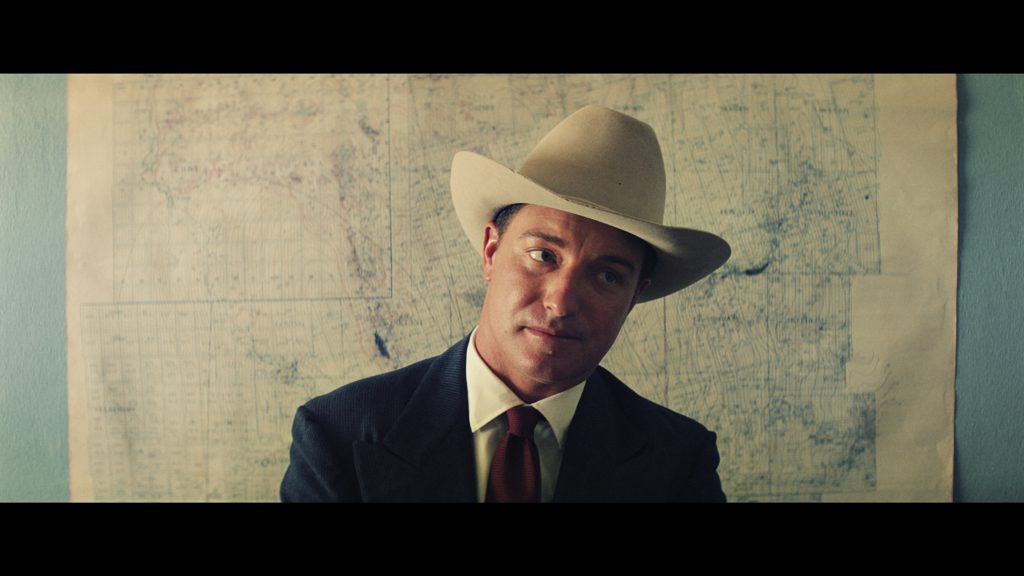 The year is 1939. Europe prepares for war, while the United States slowly overcomes the trauma of the Great Depression. Young and ambitious, Jim McNeely arrives in Texas – a state gushing with oil and filled with the bodies and broken minds of men who once dreamt of riches. Jim has something to prove to all the parents of pretty girls who refuse to let their daughters marry boys from lower classes. His Texan adventure initially consists of blood, sweat, and tears in addition to long working hours in scorching sun and cold nights being insulted by fellow workers. But Jim seems to have what it takes to get to the top of the oil chain and conquer this brave new world of tough, relentless men and beautiful women who will do everything in their power not to become merely trophy wives. On his way up, Jim meets a wide variety of people – including at least several types of righteous men, eccentrics, and scumbags – who came to this unwelcoming land, tarnished with unfulfilled plans and dreams, for the same thing he did.
Director: Ty Roberts
Cinematographer: Mathieu Plainfossé
Produced by: Santa Rita Pictures, Wildcatters Network
Country and year: USA, 2018

The setting is India, in modern times, and sisters Preeti and Sonia live in poverty in a destitute village spending much of their time helping their father – a farmer sinking into debt. Despite a life of hardship and physical exhaustion, the girls try to stand strong and support each other in overcoming the obstacles. When Preeti leaves for Mumbai to earn some real money, Sonia believes that fortune has smiled upon her sister and dreams that one day they’ll be reunited in the big city. But it turns out that the girl was sold by her desperate father to work as a prostitute. Shocked as she is, Sonia decides to save Preeti, only to share her fate in one of the nameless brothels. The girl is forced to fully experience a world in which a human being is reduced to a piece of meat, sold to anyone willing to pay for whatever he wants. Despite witnessing countless real-life horrors, Sonia does not stop believing in a better, brighter tomorrow.
Director: Tabrez Noorani
Cinematographer: Łukasz Bielan 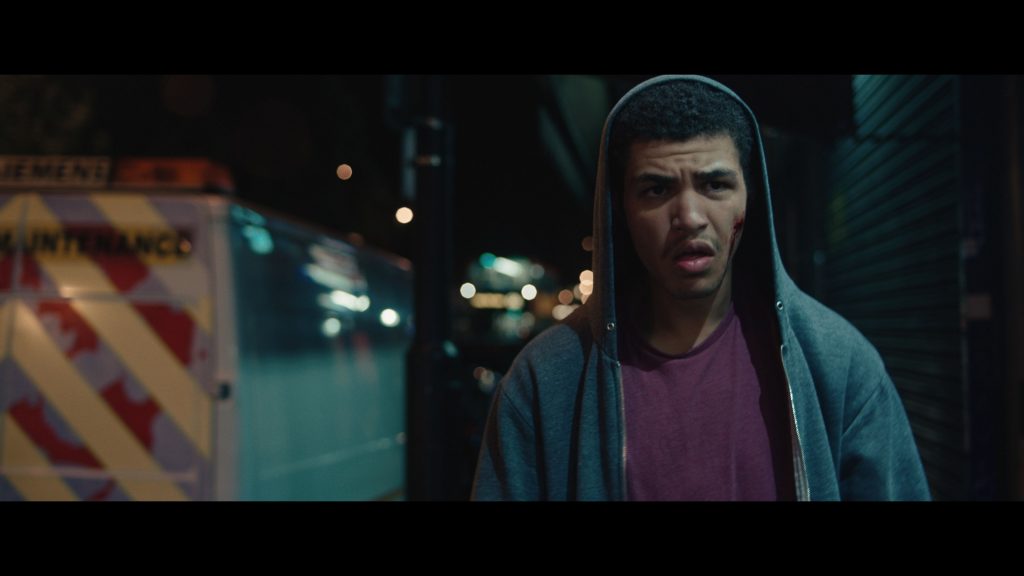 Leon is a black 19-year-old with a basketball player’s physique and a life full of hardship. He lives in a poor East London borough with his downtrodden, alcoholic mother. The boy spends much of his time at the boxing gym or wandering the streets with his smooth-talking friends. Leon was taught to live a quiet life of subordination to the rules of others, and he’s not equipped to control the anger that fills him each and every day. Everything changes when he meets the crazy and ambivalent Twiggy – a rebellious, white, blonde beauty raised in a world that could not be more different from his. The girl’s presence influences him to look at reality in a new way. It’s August, 2011. After the police shooting of Mark Duggan, London is tumultuous with public unrest. Officers in full riot gear fearfully face the infuriated youth. The decisions made by Leon in these savage circumstances will scar him for life.
Director: Jamie Jones
Cinematographer: Albert Salas

Produced by: Beyond Fiction
Country and year: UK, 2017

One day, the safe and predictable – even if completely messy – world of thirtysomething Anna, mother of three loving and lovable children whose actions make her scream with frustration from time to time, begins to crumble. The woman has good reason to suspect that her husband, the man she’s devoted her time, love and physical beauty to, may be having an affair. So, when she fails to perform one of the million everyday chores to satisfy her children’s needs, while simultaneously earning some extra money as a part-time Italian teacher, Anna cannot help but wonder if her life will ever become even remotely similar to what she once dreamed it would be. Can she even remember the ambitious and charming girl she used to be before the period of intense motherhood? Each and every time she begins to succumb to dark thoughts and despair, a selfless smile from one of her children, or a few moments of healthy and happy fun time with another makes her gather her strength and prepare to fight for the world she’s built for her family.
Original title: Egy Nap
Polish title: Pewnego dnia
Director: Zsófia Szilágyi
Cinematographer: Balázs Domokos
Produced by: Partnersfilm Ltd. 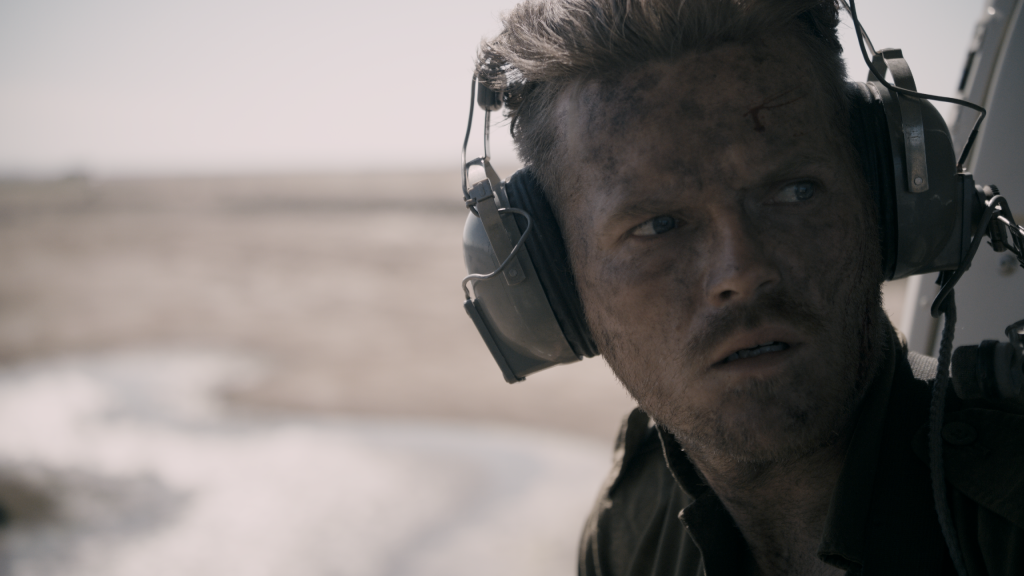 The South African Border War was a military struggle between South African, Namibian and Angolan forces lasting from the mid-1960s to 1990, but to this day, it is relatively unknown internationally. On a grand scale, the democratic West fought the communist East for the future of the entire continent. At ground level though, young men became human wrecks, both physically and mentally; they came home to wives they never knew and families they felt no connection with. Henk is a “recce” – a highly trained operator in the South African special forces. He’s sent on a mission behind enemy lines. Separated from his pregnant wife, he cannot give his best and makes a costly mistake which will haunt many people for years to come. Focusing on Henk, the film-makers tell a story of the war’s impact on a whole nation – on fathers and sons, mothers and daughters, husbands and wives, brothers and sisters, and soldiers and civilians. 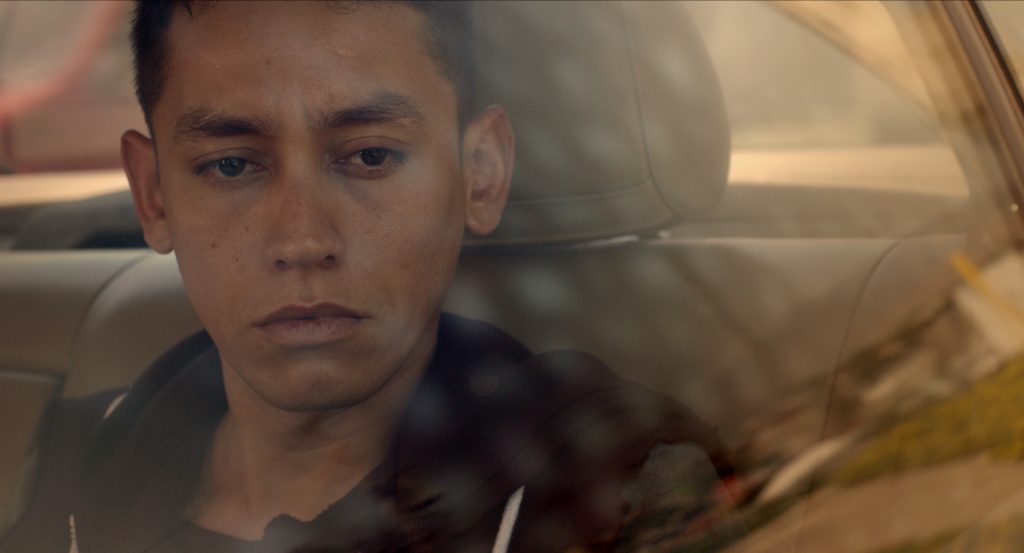 Redemption – a very broad concept that, in our story, encompasses both a desire to amend for at least some of the horrors one was responsible for at school, and an attempt to repent for taking someone’s life. For each of the three protagonists, redemption means something entirely different. Twenty years ago, Mario killed a Mexican presidential candidate, but now, after being released from prison, he wants to make a new start, though he is appalled by the realisation that the country hasn’t changed much. Jennifer is a homeless American who finds a pistol – a stylish revolver – and has to travel all the way to Mexico to sell it on the black market. But fate gives her a hard time. Chicali is a young but already experienced Tijuana cop who starts working as an assassin for the local mafia while avoiding the realisation that he has passed the point of no return. Their paths intertwine in a surprising way, but nothing will shift the burden of responsibility for their own lives.
Original title: Mente Revólver
Director: Alejandro Ramírez Corona
Cinematographer: Víctor Dávila Camacho
Produced by: Instituto Mexicano de Cinematografía - Mexican Film Institute (IMCINE)
Country and year: Mexico, 2017