Yesterday’s Oscar® ceremony has officially concluded the exciting film awards season. For the last two months, the cinematography fans have had a chance to witness the awards being granted by the following associations: BAFTA, Critics’ Choice, ASC, Film Independent and many more. The cinematography category abounded in the filmmakers who already had a chance to show their works to the EnergaCAMERIMAGE audience back in 2021.

This year’s Academy Award competition has become an incredibly tight race. From the very beginning, the biggest chances had two distinguished filmmakers. The Power of the Dog by Ari Wegner received the Critic’s Choice Award and nominations from the British Society of Cinematographers (as well as nominations for the BAFTA and ASC Awards). On the other hand, Greig Fraser’s Dune brought him the BAFTA and the American Society of Cinematographers Awards (also nominations for the awards from the BSC and the CCA). The newest Jane Campion’s and Denis Villeneuve’s productions have also brought them the greatest number of the Academy Award nominations. However, there could be only one winner.

It is also worth mentioning that both movies were screened at the EnergaCAMERIMAGE 2021. Greig Fraser together with his collaborator – Denis Villeneuve, personally presented the first part of their sci-fiction saga to the international audience, which was appreciated by the jury receiving the Bronze Frog. Ari Wegner also visited EnergaCAMERIMAGE and talked about her experience concerning the collaboration with Jane Campion.

After this year’s fierce competition, the Oscar® for Best Cinematography went to Greig Fraser for Dune. Congratulations Greig on the well-deserved award! 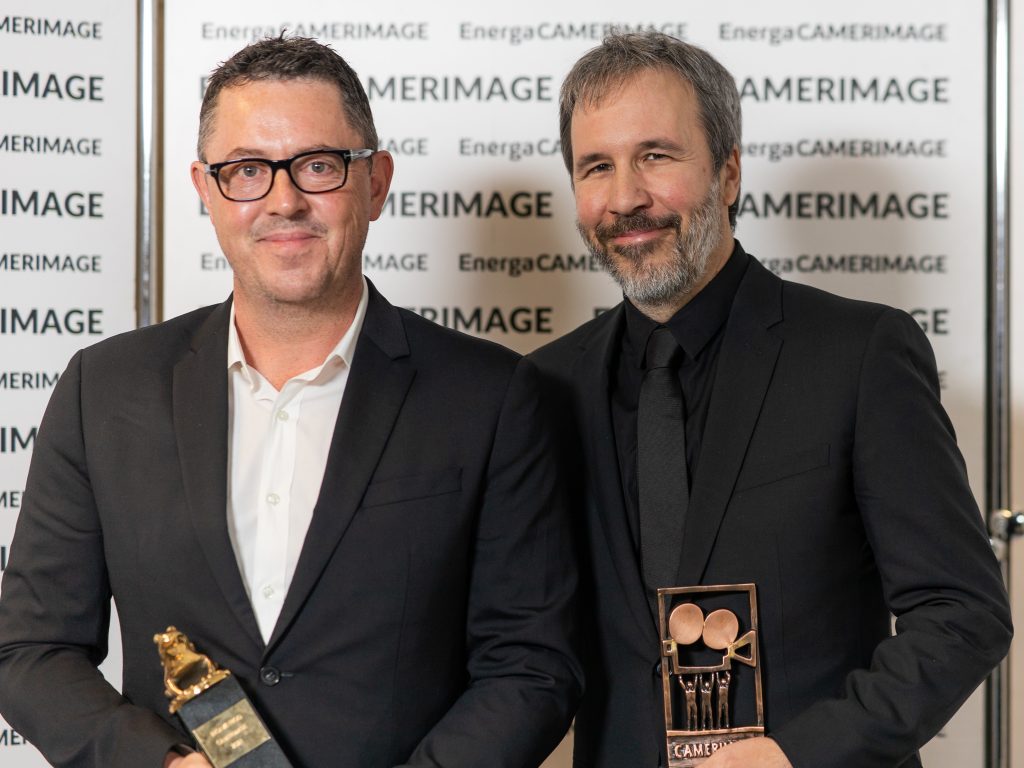 In 2021, the audience of the EnergaCAMERIMAGE Festival had a chance to enjoy other films awarded by the Academy®, including: The Eyes of Tammy Faye (Best Actress in a Leading Role – Jessica Chastain, Best Makeup and Hairstyling), King Richard (Best Actor in a Leading Role – Will Smith), Belfast (Best Original Screenplay), No Time to Die (Best Music (Original Song)) and Summer of Soul (...Or, When the Revolution Could Not Be Televised) (Best Documentary (Feature)). The Oscar® statuette in the Best Directing category was awarded to Jane Campion for The Power of the Dog, while Dune won in such categories as: Best Production Design, Best Visual Effects, Best Film Editing, Best Music (Original Score) and Best Sound.

The choice of films competing in the Best Cinematography category was very consistent. Apart from the works of Ari Wegner and Greig Fraser, the other six productions were on the list of international associations with a potential distinction, four of which were shown at the EnergaCAMERIMAGE 2021. Kenneth Branagh together with Haris Zambarloukos arrived at the Festival in order to show the effect of their cooperation – Belfast received nominations for the BAFTA, ASC and Critics’ Choice Awards. Joel Coen supported Brunon Delbonnel in person in the race for the Golden Frog in the EnergaCAMERIMAGE Main Competition. The Tragedy of Macbeth presented as the opening screening (nominations for the Oscar®, BAFTA, ASC, BSC, Critics’ Choice Awards) left Toruń with the Silver Frog. The screening of No Time to Die (the BAFTA nomination) at the Closing Gala ceremony was also honoured by the presence of the filmmakers: Linus Sandgren and Cary Joji Fukunaga handed the awards in the Student Etudes Competition, and conducted a seminar which was devoted to their work on the last adventures of James Bond with Daniel Craig in the title role. During EnergaCAMERIMAGE 2021, Joe Wright – the head of the Main Competition jury – presented his latest movie Cyrano (the BSC Awards nominations) together with Seamus McGarvey, the cinematographer.

In 2022, the nominations for the Film Independent Award were not the reflection of other awards in the American film industry. This year’s laureate was Eduard Grau for his film Passing (directed by Rebecca Hall). The director’s work was appreciated at our Festival by being included in the Directors’ Debuts Competition. The cinematographer met the audience after the film screening.

As in previous years, alongside other film awards stirring emotions and stealing the attention with its Hollywood style, the European Film Awards were granted. This year’s laureate of the European Cinematography was Crystel Fournier, which was the appreciation for her work on the movie Great Freedom Sebastian Meise with this movie was nominated for the Directors’ Debut Competition at the EnergaCAMERIMAGE 2021. The main award went to Jasmili Žbanić’s Quo Vadis, Aida? beating other competitors, among others, Paolo Sorrentino’s The Hand of God and Julia Ducournau’s Titane.

Congratulations to all the filmmakers!