We announce the Special Screenings of the 30th edition of EnergaCAMERIMAGE Film Festival.


THE BANSHEES OF INISHERIN 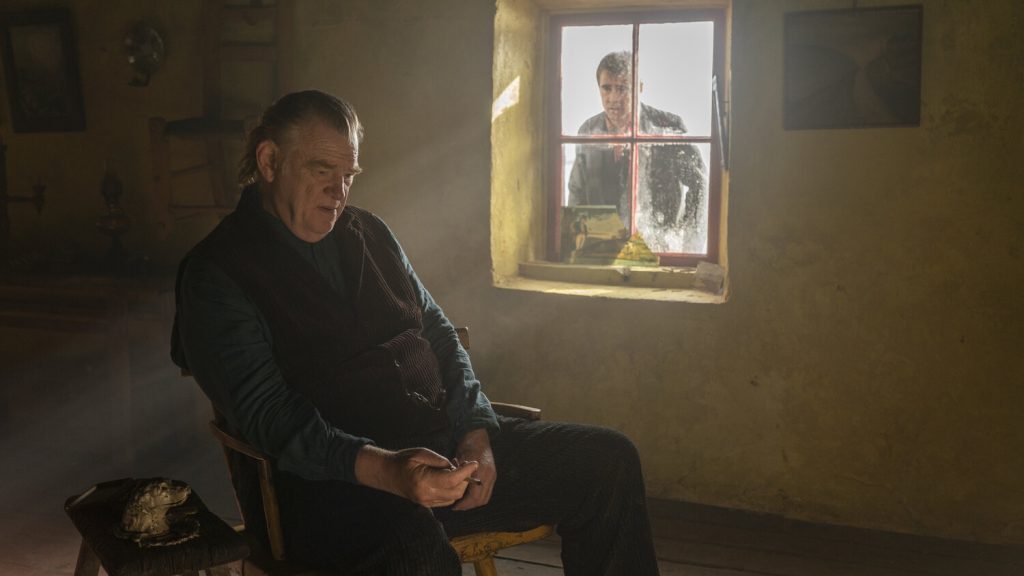 Set on a remote island off the west coast of Ireland, The Banshees of Inisherin follows lifelong friends Pádraic (Colin Farrell) and Colm (Brendan Gleeson), who find themselves at an impasse when Colm unexpectedly puts an end to their friendship. A stunned Pádraic, aided by his sister Siobhán (Kerry Condon) and troubled young islander Dominic (Barry Keoghan), endeavours to repair the relationship, refusing to take no for an answer. But Pádraic’s repeated efforts only strengthen his former friend’s resolve and when Colm delivers a desperate ultimatum, events swiftly escalate, with shocking consequences. 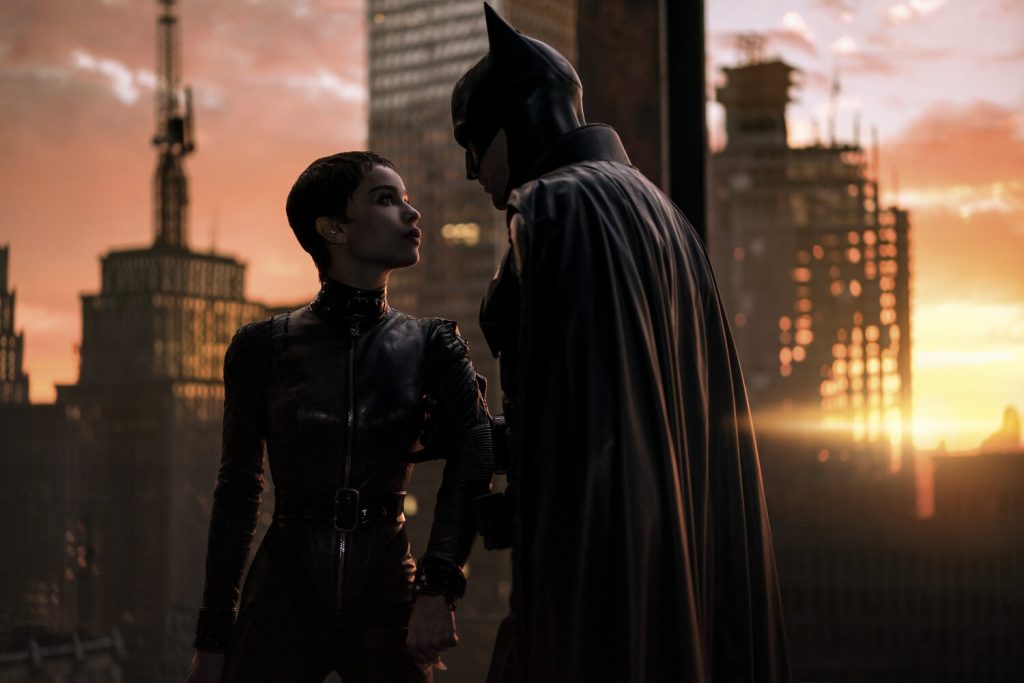 Two years of stalking the crime-riddled streets as The Batman, striking fear into the hearts of criminals, have turned Bruce Wayne into a nocturnal animal, driving him deep into the shadows of Gotham. Amidst the city’s corrupt network of officials and high-profile figures, he has established himself as the sole embodiment of vengeance. When a sadistic killer leaves behind clues addressed to the lone vigilante, the revelations shock him to his core. And as the evidence begins to lead closer to home and the scale of the perpetrator’s plans becomes clear, he must overcome his scars to become the hope Gotham needs.

Queen Ramonda (Angela Bassett), Shuri (Letitia Wright), M’Baku (Winston Duke), Okoye (Danai Gurira) and the Dora Milaje (including Florence Kasumba) fight to protect their nation from intervening world powers in the wake of King T’Challa’s death. As the Wakandans strive to embrace their next chapter, the heroes must band together with the help of War Dog Nakia (Lupita Nyong’o) and Everett Ross (Martin Freeman) and forge a new path for the kingdom of Wakanda. 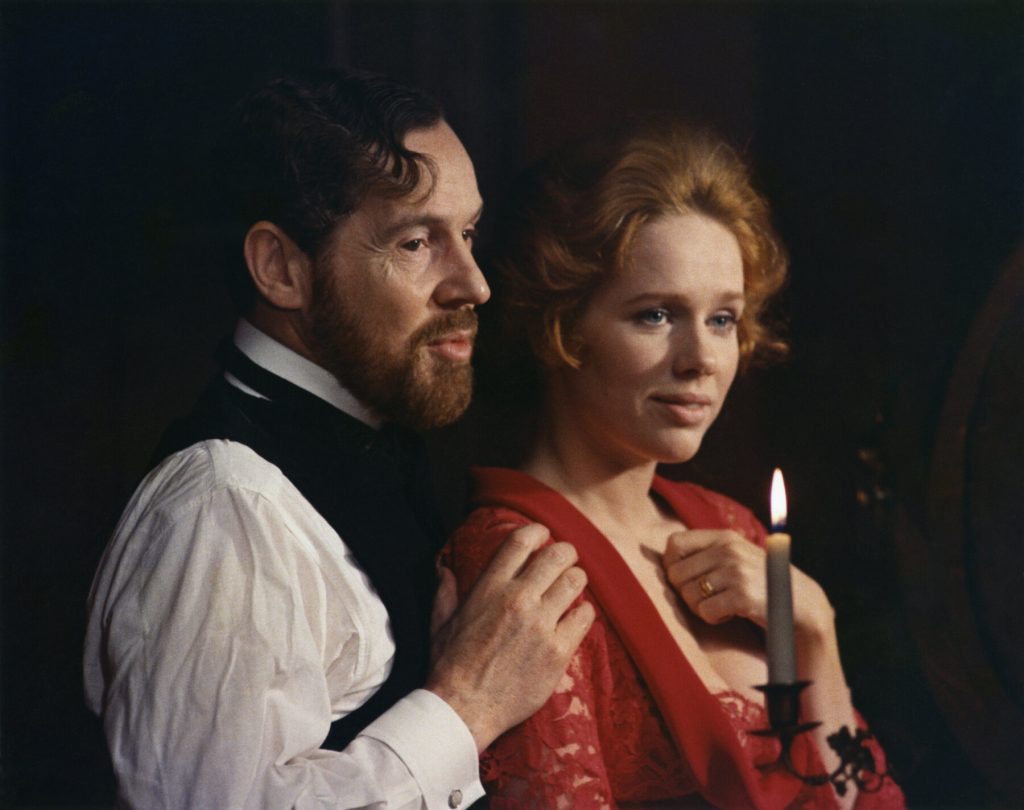 Three sisters meet in a large empty house – the women, despite their relationship, are complete strangers to each other, separated by a wall of indifference and convention. The meeting takes place because one of them, Agnes, is dying of cancer in excruciating pain, and custom dictates they be with the dying. However, even at such a moment, the sisters are unable to overcome their alienation. For Agnes, the sisters’ presence is an additional torture, bringing an awareness of heart-breaking loneliness. In the diary she keeps secretly, which is the only patient confidant of her pain, Agnes desperately tries to find moments of understanding and closeness to another human being in her life. 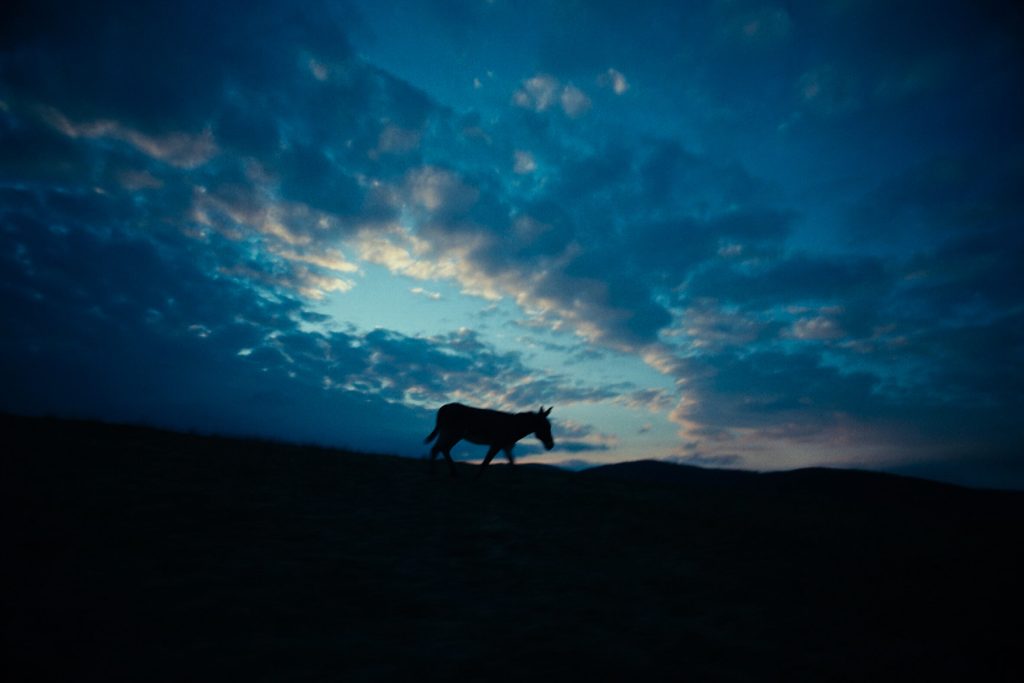 The working title of this latest film by Jerzy Skolimowski is Baltazar, which is a direct reference to Robert Bresson’s Au Hasard Balthazar (1966). Both filmmakers made the journey of the good-natured donkey the canvass for parabolic stories about the world and its human inhabitants. In the Polish director’s film, the donkey named EO, admittedly does meet sympathetic people as he is being passed from hand to hand – one of whom is a young caretaker from the circus – but what prevails, are clashes between the innocent, defenceless animal and the arrogance, the heartlessness and the mindless cruelty of humans, sometimes also of a particular social environment. Skolimowski does not duplicate Bresson’s original. In its stylistic aspect alone, his film, being a poetic reflection with digressions, narratively similar to a road movie, is situated on the antipodes of formal asceticism for which the work of the French maestro is famous. It is a reflection that was born, as the closing credits proclaim, out of love for animals and nature. 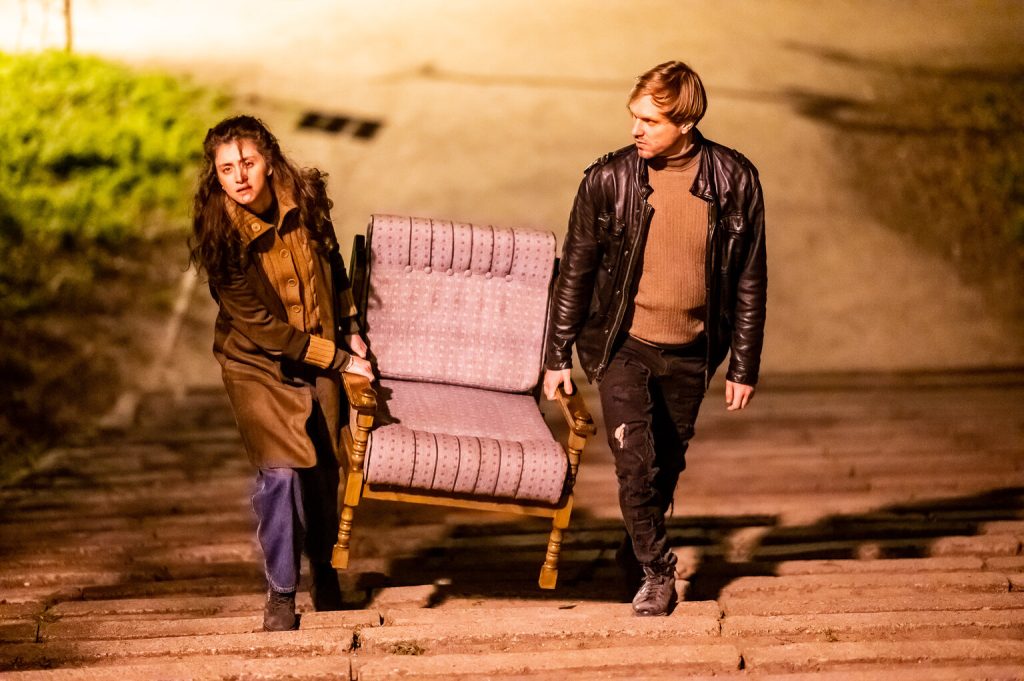 - A diminutive word to describe an art exhibition;
- Most often furniture or other things considered useless or unwanted by one person, but sought after and valuable to those, who are willing to offer them a second life;
- To mislead or stand someone up
The film Exhibition is a story about Jerzy, a young painter, who is looking for both his personal and artistic paths in life. It is also a film about a young couple in love who are about to graduate from the university in Torun, and about growing up, during which one must verify their attitudes to life.

GLASS ONION: A KNIVES OUT MYSTERY 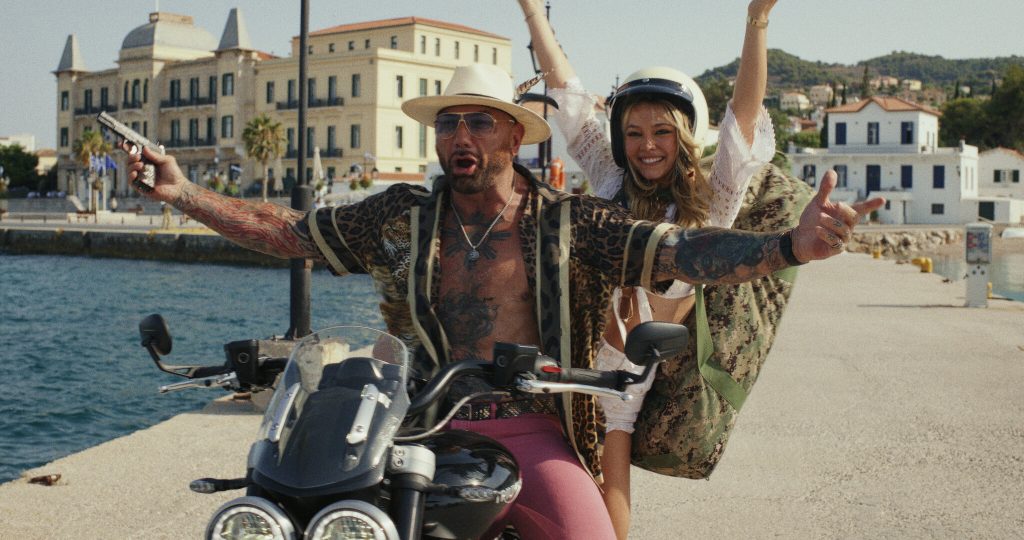 Rian Johnson's latest crime story sees Benoit Blanc returning to solve yet another mystery. This time the fearless detective investigates in a sumptuous mansion on a Greek island, though neither he, nor the audience knows how and why he got there. Soon, Blanc acquaints himself with a motley crew of people who came to the place at the invitation of billionaire Miles Bron. The guest list includes Miles's former business partner Andi Brand, the current Connecticut governor Claire Debella, a successful scientist Lionel Toussaint, fashion designer and former model Birdie Jay, her trusted assistant Peg, as well as Duke Cody the influencer with his girlfriend called Whiskey. 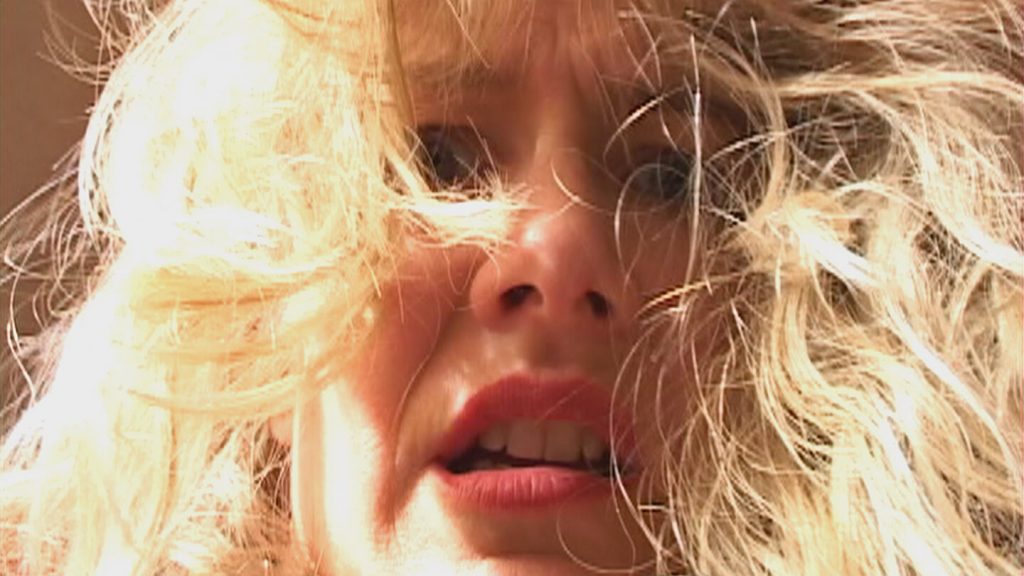 The married actress Nikki Grace (outstanding Laura Dern) plays in a remake of a film about love, betrayal and revenge, the production of which was interrupted by the death of the two main actors. The actress is having an affair with her film partner, the married actor Devon Berk. It is difficult for them to hide their relationship from their spouses. The fiction in the film starts to resemble reality and strange things begin to happen on the set. Inland Empire is a film shot partly in Poland, with the assistance of people connected with the Camerimage Film Festival, featuring Polish actors. The surprising, extraordinary and expressive cinematography was made by David Lynch himself. 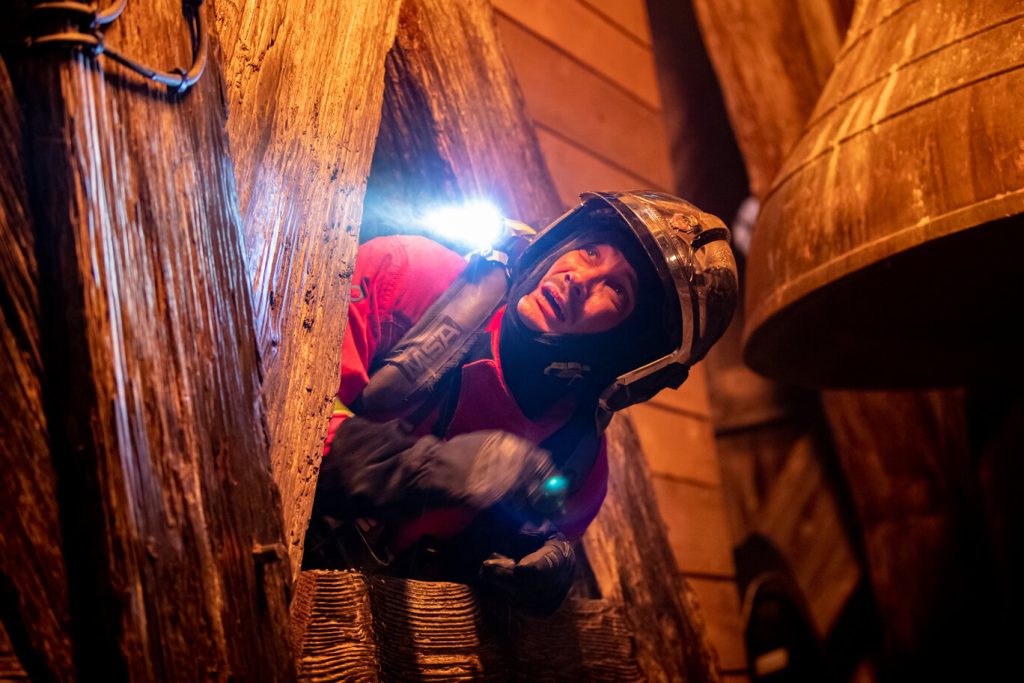 On Monday, April 15, 2019, just a week before Easter, the world is hit with dramatic news: Notre-Dame Cathedral in Paris is on fire! Catholics are not the only ones holding their breath as they watch hundreds of fire-fighters standing to battle the flames. Conditions are extremely difficult, as the fire is spreading through the hard-to-reach attic, and the stakes are immensely high, as it is not only a matter of saving one of the most magnificent religious buildings on Earth, but also its priceless relics. Among other things, Christ’s crown of thorns is kept in the Cathedral’s reliquary. 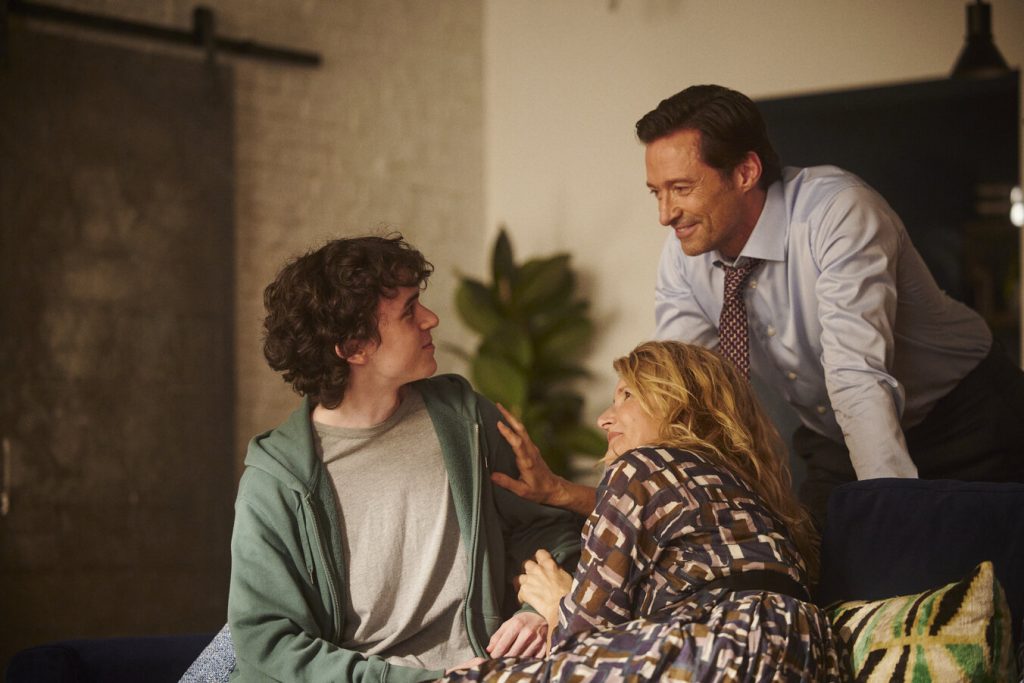 A drama that follows a family as it struggles to reunite after falling apart. The Son centres on Peter (Jackman), whose hectic life with his infant and new partner Beth (Kirby) is upended when his ex-wife Kate (Dern) appears with their son Nicholas (McGrath), who is now a teenager. The young man has been missing from school for months and is troubled, distant, and angry. Peter strives to take care of Nicholas as he would have liked his own father to have taken care of him while juggling work, his and Beth’s new son, and the offer of his dream position in Washington. However, by reaching for the past to correct his mistakes, he loses sight of how to hold onto Nicholas in the present. 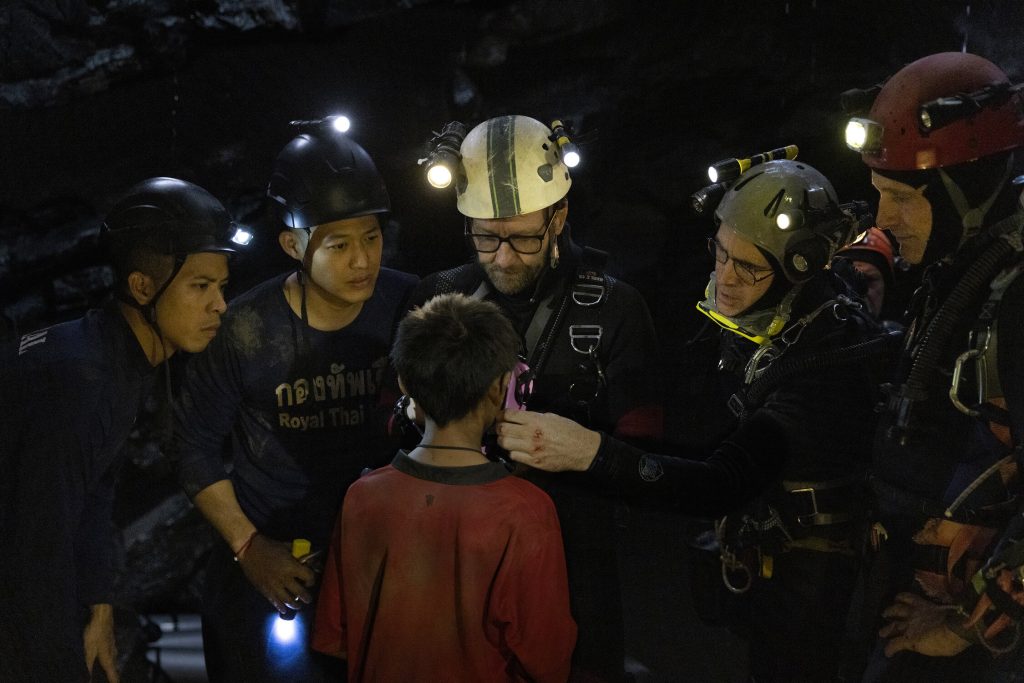 In the true story of Thirteen Lives, twelve boys and the coach of a Thai soccer team explore the Tham Luang cave when an unexpected rainstorm traps them in a chamber inside the mountain. Entombed behind a maze of flooded cave tunnels, they face impossible odds. A team of world-class divers navigate through miles of dangerous tunnels to discover that finding the boys is only the beginning. 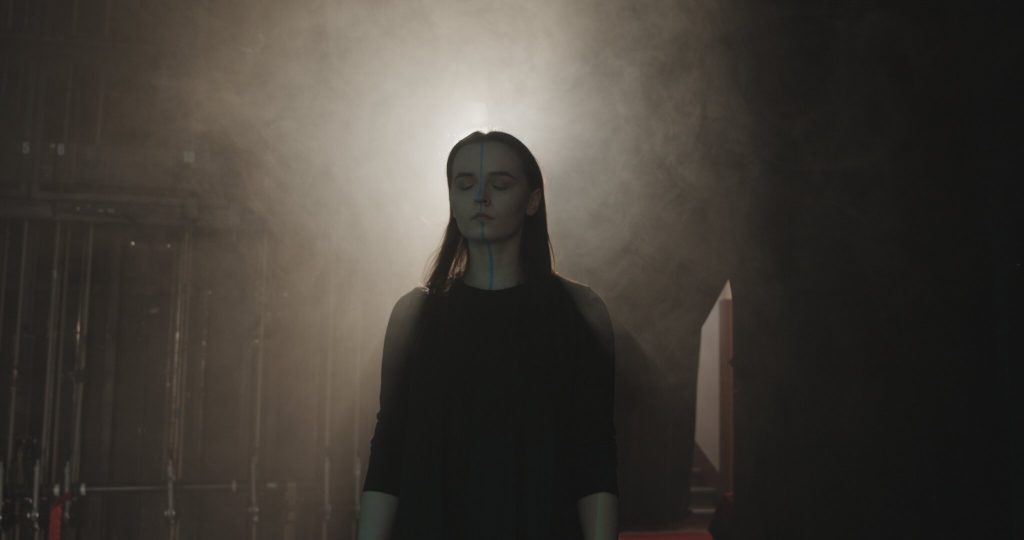 The film tells the story of a dancer who had to give up her passion to take care of her daughter Karolina, who suffers from Rett syndrome. The woman bravely overcomes the adversities of everyday life, which intensifies her bond with her child. As a consequence, the main character is increasingly troubled by loneliness and a strong longing, which builds in her the hope that someday everything is going to get back to what it used to be. 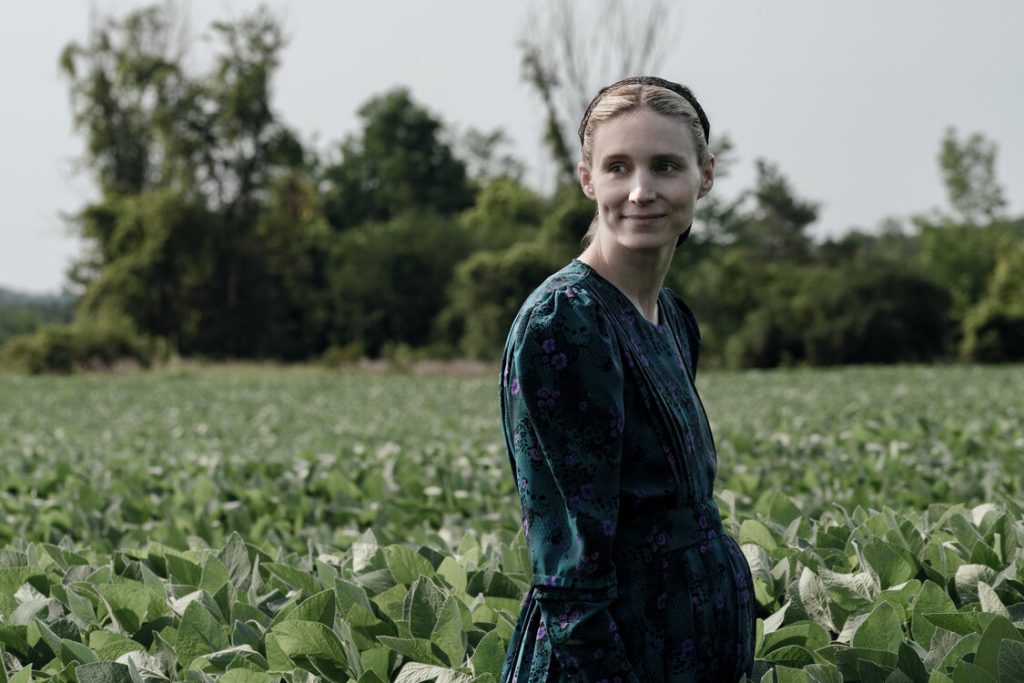 In Women Talking, a group of women, many of whom disagree on essential things, have a conversation to figure out how they might move forward together to build a better world for themselves and their children. Though the backstory behind the events in Women Talking is violent, the film is not. We never see the violence that the women have experienced. We see only short glimpses of the aftermath. Instead, we watch a community of women come together as they must decide, in a very short space of time, what their collective response will be.