We announce the Special Screenings of the 29th edition of EnergaCAMERIMAGE Film Festival. 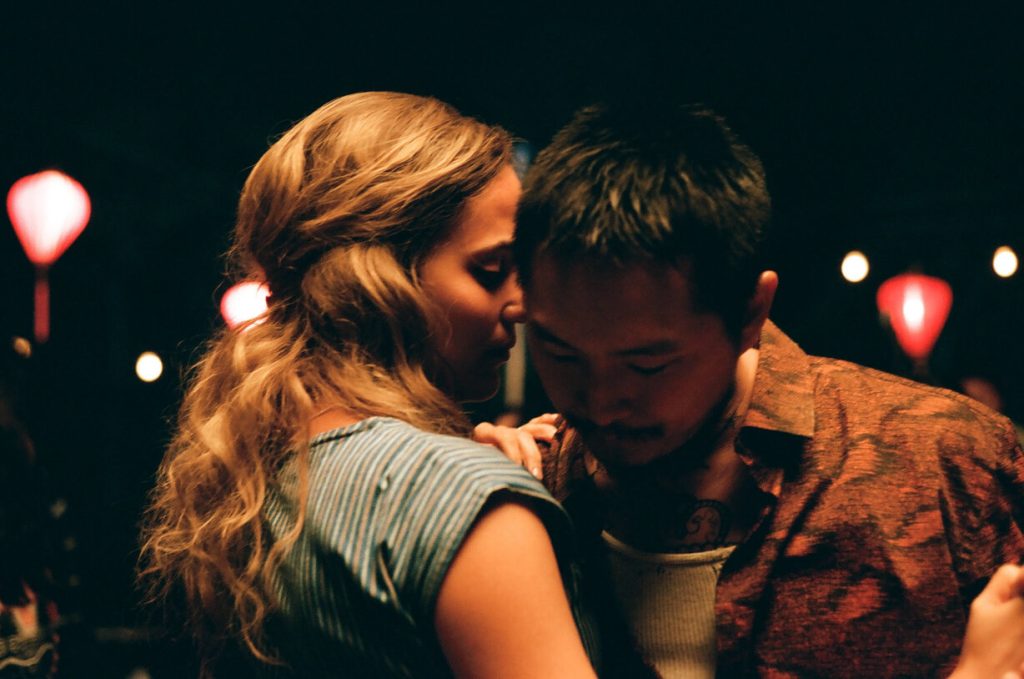 Although Antonio was born in Korea, he had been adopted and moved to the United States when he was three. In the result, he does not know any other homeland, and feels one hundred percent American. Unfortunately, not everyone thinks so. It is difficult for him to find a stable job to provide for his pregnant wife and her daughter from her previous marriage, and he never knows if the rejections stem from his ethnicity or some of the silly mistakes of his youth. As if his everyday struggle was not enough, one day Antonio is taken by force to the local U.S. ICE field office where it turns out his adoptive parents did not fill out all of the necessary documents. And because of this he faces deportation. 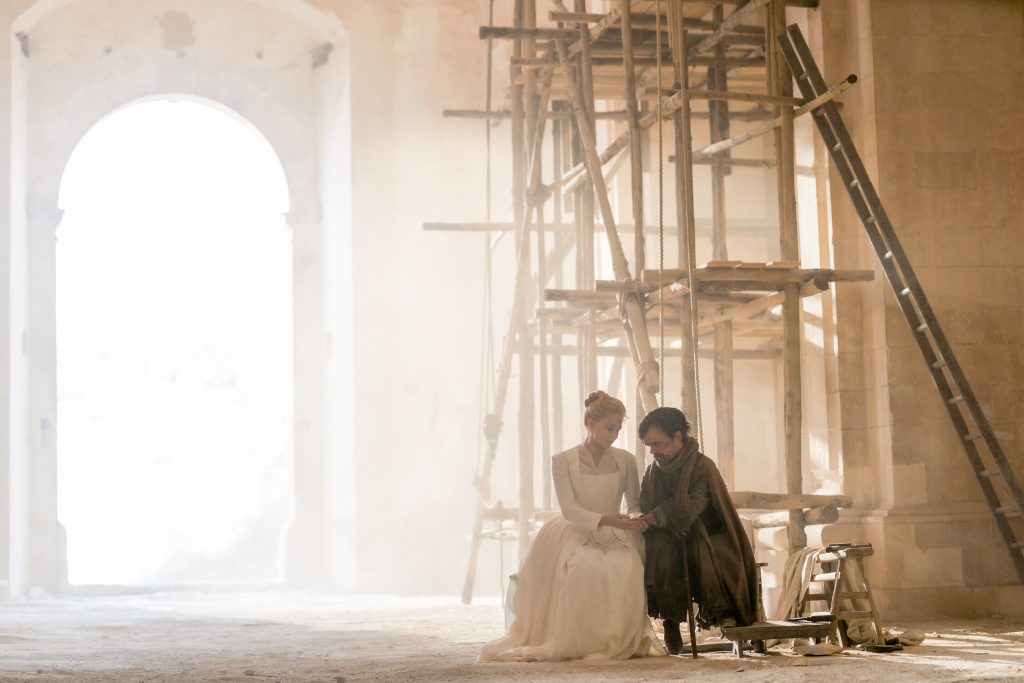 It is the second half of the 17th century. Cyrano, a soldier of small stature and big heart, is in love with the fair Roxanne, his childhood friend. He is a true romantic and he could tell her how he feels in a thousand different poetic iterations, but he is fully aware of the fact that she would not accept him because of his looks. Or would she? Everything changes when Roxanne finds yet another admirer, a new solider in the regiment called Christian – a handsome and ferocious young fellow who doesn’t have a way with words. So he asks Cyrano for help and… receives it. This is a new film interpretation of Edmond Rostand’s beloved classic.

EYES OF TAMMY FAYE, THE 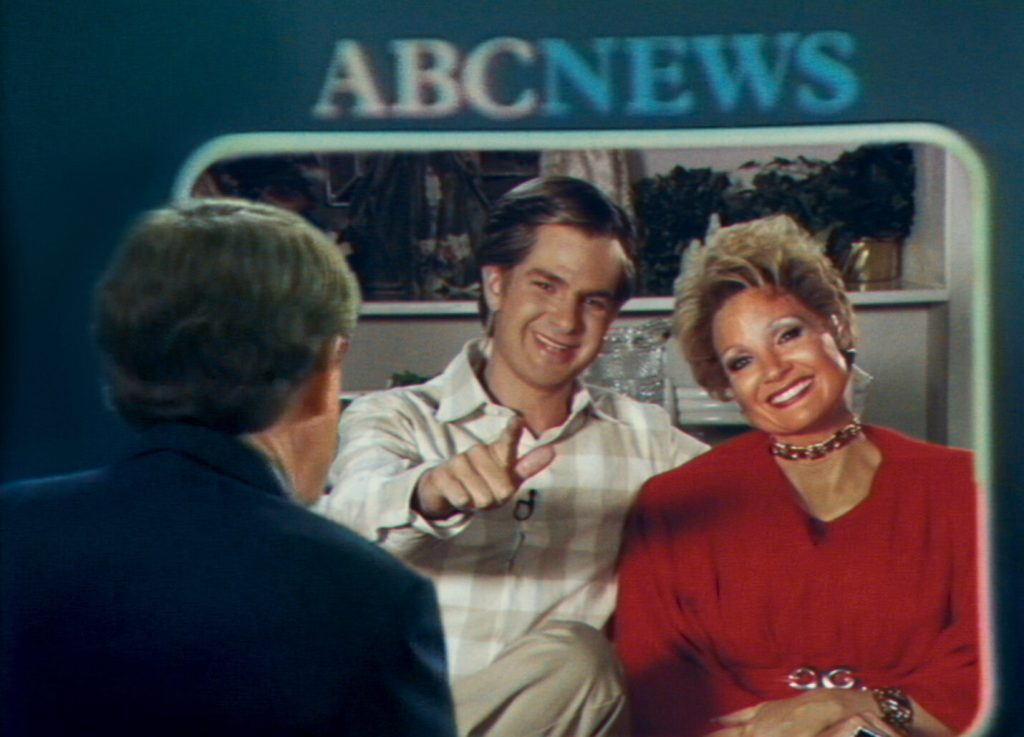 The Eyes of Tammy Faye is an intimate look behind the extraordinary rise, fall and redemption of televangelist Tammy Faye Bakker. In the 1970s and ‘80s, Tammy Faye and her husband, Jim Bakker, rose from humble beginnings to create the world’s largest religious broadcasting network and theme park. Renowned for her message of love, acceptance and prosperity, Tammy Faye became inseparable from her indelible eyelashes, her idiosyncratic singing, and her eagerness to embrace people from all walks of life. However, it wasn’t long before financial improprieties, scheming rivals, and scandal toppled their carefully constructed empire.

Modern day New York. In the culturally and socially diverse neighbourhood of Washington Heights, young people dream their beautiful dreams and sing about them. Spectacularly staged musical numbers help them navigate the tumultuous waters of the indifference of the outside world. Usavi is one of such dreamers. He is an immigrant from the Dominican Republic who would love to return to his homeland, but he lacks sufficient financial means to do so. He also does not have any courage to leave, because he already established such a deep connection with the colourful Heights community that he cannot imagine himself living anywhere else. He will learn that dreams are important, even if just for the sake of dreaming them. 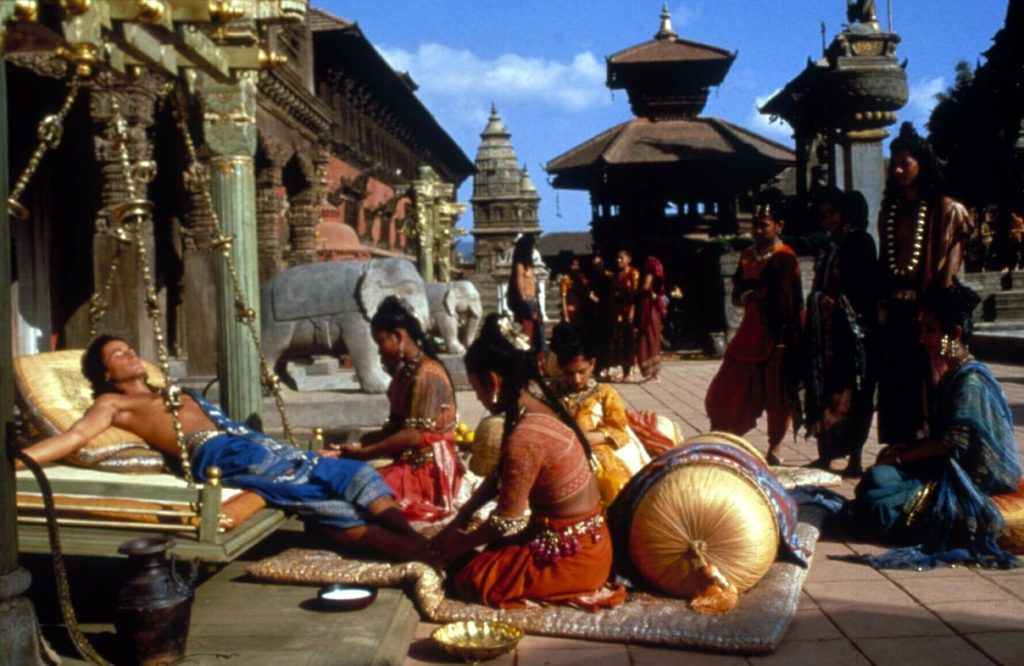 Dean is an architect whose recent project failed. Lisa is a schoolteacher who still feels passionate about her job. They have their ups and downs but never lose sight of what is the most important in life. However, nothing could prepare them for a visit from a Tibetan monk claiming that their son, Jesse, may be a reincarnated Buddhist teacher who had passed away almost a decade ago. He may, but he may also not be, as there are other candidates who are taken into consideration. Despite the many doubts they have, Jesse’s parents agree for their son to travel to Tibet accompanied by Dean, who is looking for a spiritual renewal. How will their journey end?

NO TIME TO DIE 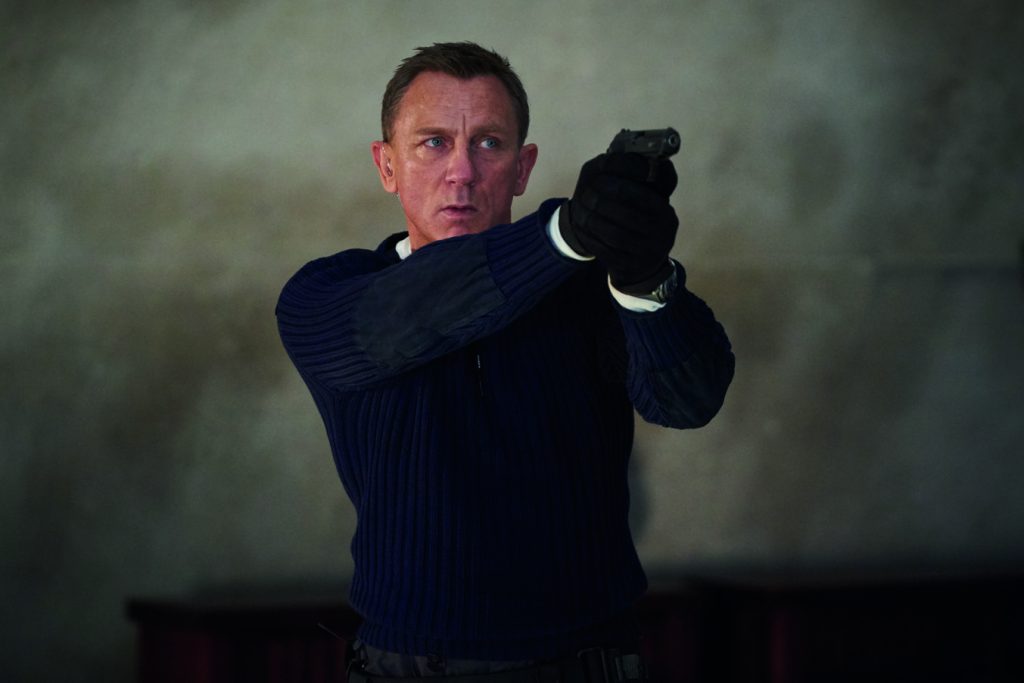 His name is Bond, James Bond, and he had retired from active service because he was not able to connect to the world’s breakneck technological changes anymore, nor could he face his inner demons. He would love to enjoy the tranquillity of his Jamaican paradise; however some events demand his return. Especially the kidnapping of a certain scientist from the MI6 headquarters who is responsible for creating quite possibly the most dangerous weapon ever known to mankind. So, Bond agrees to go on yet another mission which forces him to face both the past and the future. The famous agent thus tries to finish his journey he had started more than fifteen years ago. And makes a hell of an ending of it. 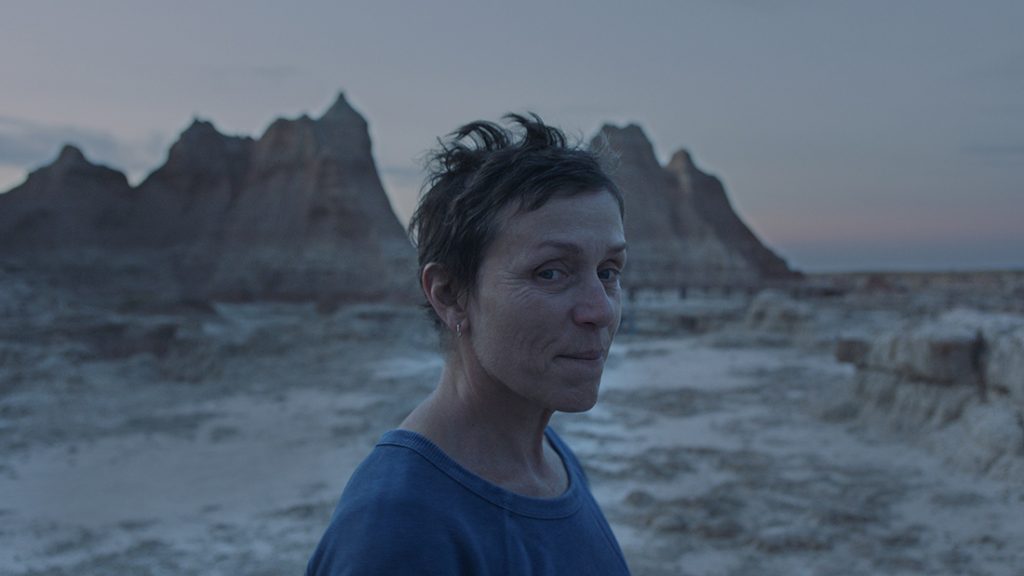 Following the economic collapse of a company town in rural Nevada, Fern (Frances McDormand) packs her van and sets off on the road exploring a life outside of conventional society as a modern-day nomad. The third feature film from director Chloé Zhao, Nomadland features real nomads Linda May, Swankie and Bob Wells as Fern's mentors and comrades in her exploration through the vast landscape of the American West. 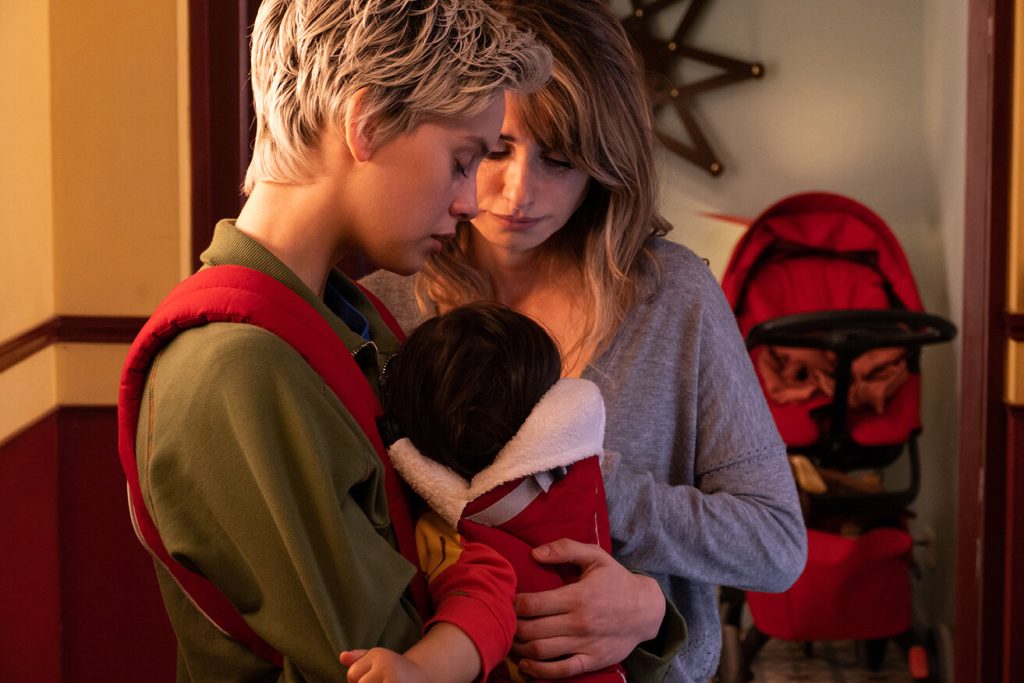 Janis is a veteran photographer who had devoted herself to her work, however one day a romantic meeting with a married man results in a pregnancy, turning her life upside down. Ana is a young girl from a broken family who would like to forget about the boy, who got her pregnant. They meet in a hospital ward they share before giving birth. There is an instant connection between the two women, strengthened by the fact that their children are born basically at the same time. Two single mothers who care for one another and do not suspect that their paths and those of their children will intertwine in the most dramatic circumstances.

Paris’s multicultural 13th District is full of imposing skyscrapers filled with thousands of anonymous stories of lonely people trying to get a grip on their lives. Three young people attempt to find out who they really are in a modern world of opportunities and limitations that surrounds them. Emilie graduated from a prestigious school but works at a dead-end call centre job. Camille is a blue-collar schoolteacher who flirts with every pretty girl he sees. Nora is a single woman in her thirties, who would like to finish her studies that she had to abandon years before. For some of them having sex is the main goal in life, others want to develop stronger relationships, but not one of them can come to terms with who they are when they look at themselves in the mirror.

POWER OF THE DOG, THE 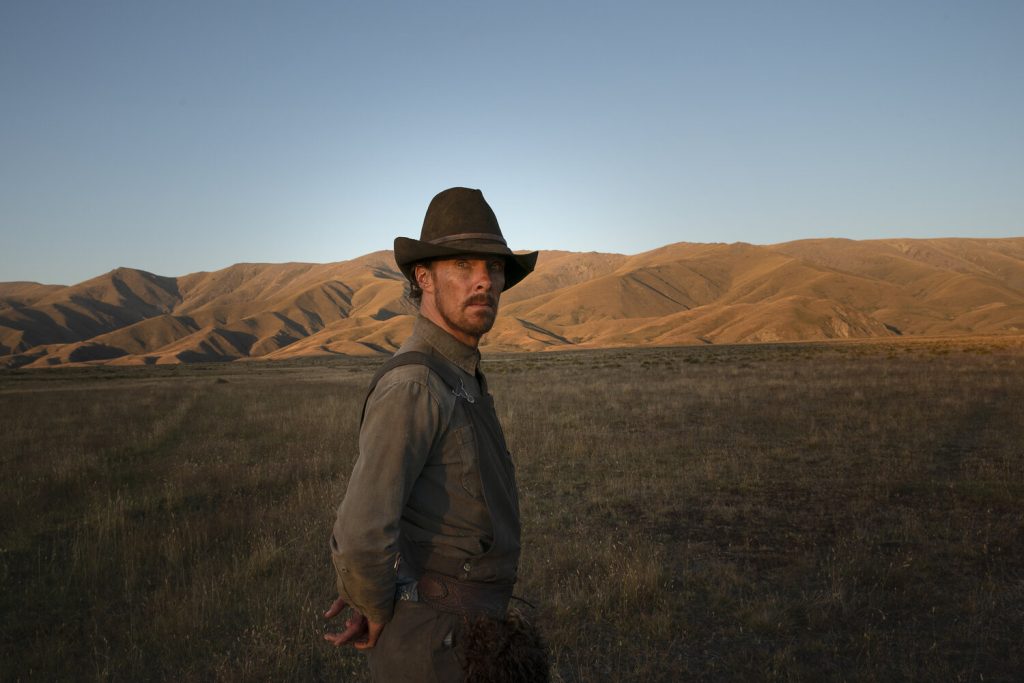 The year is 1925 and the main characters of this bitter tale of love and redemption are brothers Phil and George, two wealthy ranchers from Montana. Phil is a typical loner and predator, who lives close to nature and can smell the weakness of any man or woman he finds on one of his many paths. George has more warmth and empathy towards people than his brother, no wonder then that it is he who marries a confused widow Rose and becomes a substitute father to her son, Peter. This is not to Phil’s liking, thus the lone wolf does everything in his power to make the woman and her child feel miserable. This in turn leads to a conflict no one saw coming. 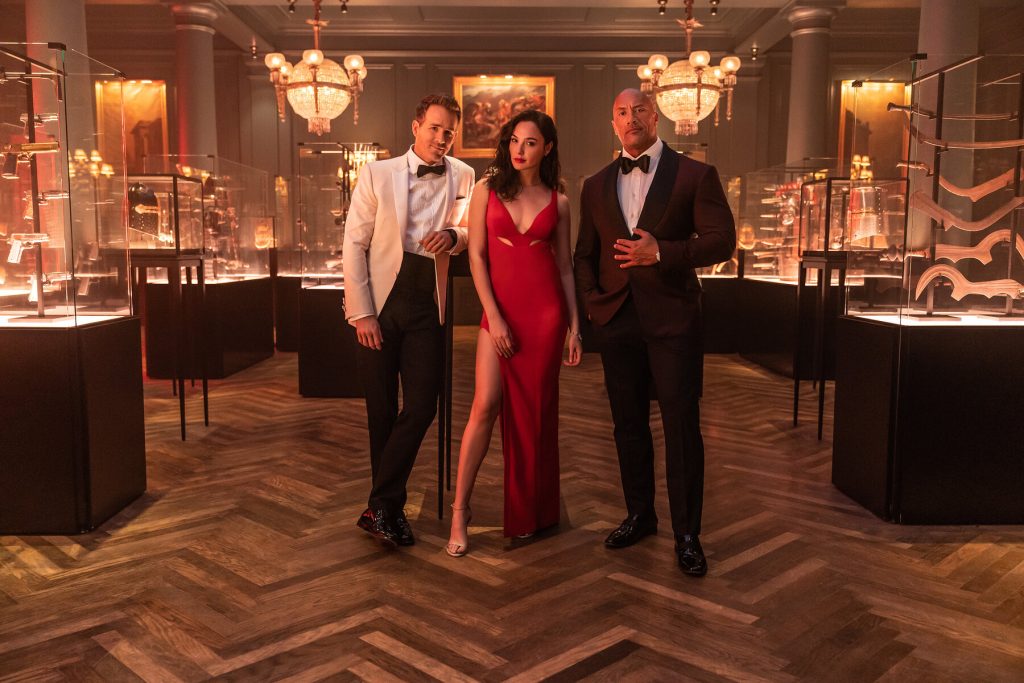 An FBI agent with a reputation for tracking all the most insolent, seemingly untraceable criminals, faces probably the most difficult assignment of his entire career. He must arrest a notorious female art thief who has already eluded probably all the world’s law enforcement agencies. The agent seems confident in his abilities, yet he quickly finds out that the thief is always a couple of steps ahead of him. Thus, he enlists another notorious art thief for help, her biggest rival. Will the forced collaboration between a cop and a thief succeed?

STORY OF MY WIFE, THE 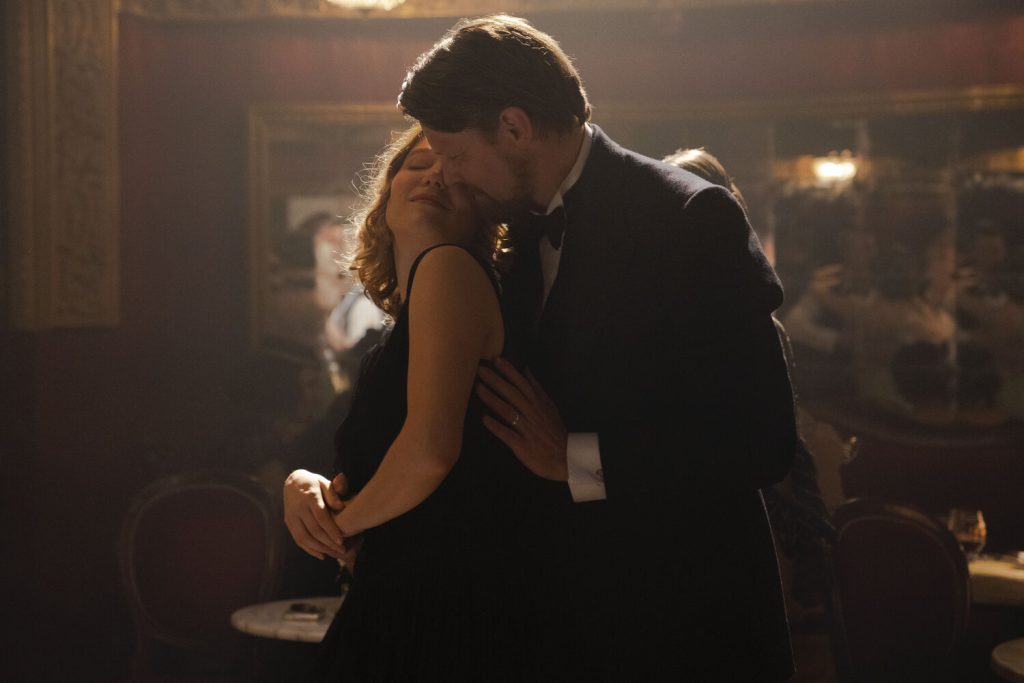 Captain Jakob Störr is at his best when he is at sea. He always knows what to do and say, and he even risks his own life to save people in need. The man is completely different at land, though. Maybe this is the reason why he agrees to his friend’s humorous suggestion to change his life and marry the first woman to walk into the restaurant where they are sitting. Enters the enchanting Lizzy, a French woman full of surprises, who after some time accepts the marriage proposal. Their relationship, born from a whim of fate, will make them more bitter and bitter in years to come. 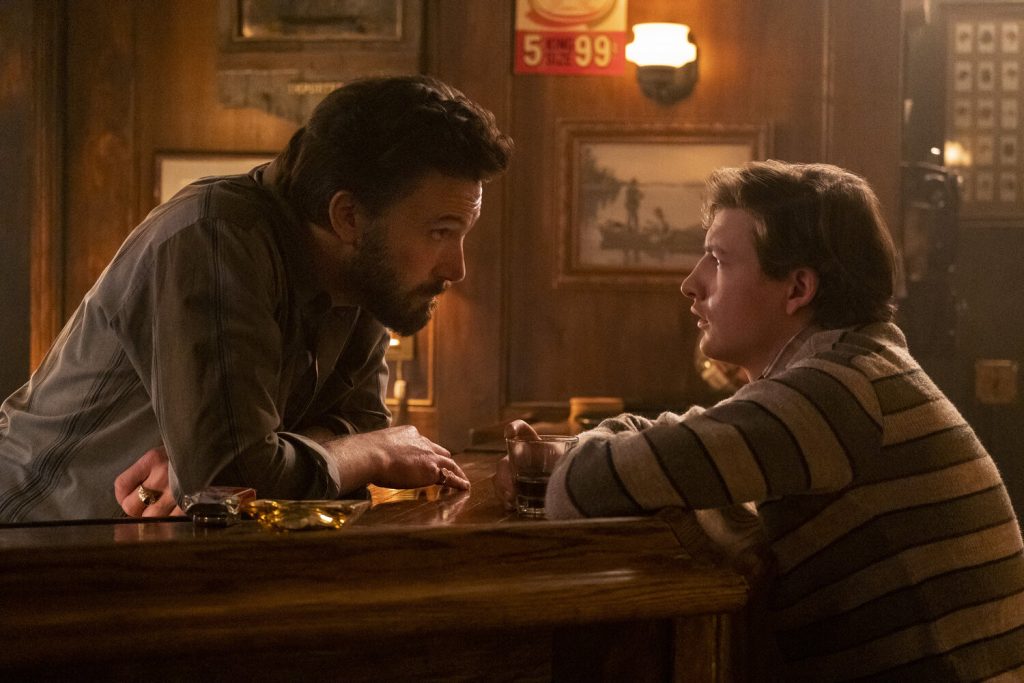 It is the beginning of the 1970s and young J.R. has no idea who he would like to be in the future. The only thing he is certain of is moving with his single mother to her parents’ house that is constantly filled with different members of his family will do them good. J.R. needs a father figure – someone who would fill his head with adult wisdom and help him carve his own path – and he finds the ideal candidate in his uncle Charlie. Charlie runs a local bar that is decorated with countless books and visited by warm-hearted small-town folks. Even if he will not be able to be the kind of father J.R. needs, he will certainly teach him how to love books – and make the boy want to become a professional writer. 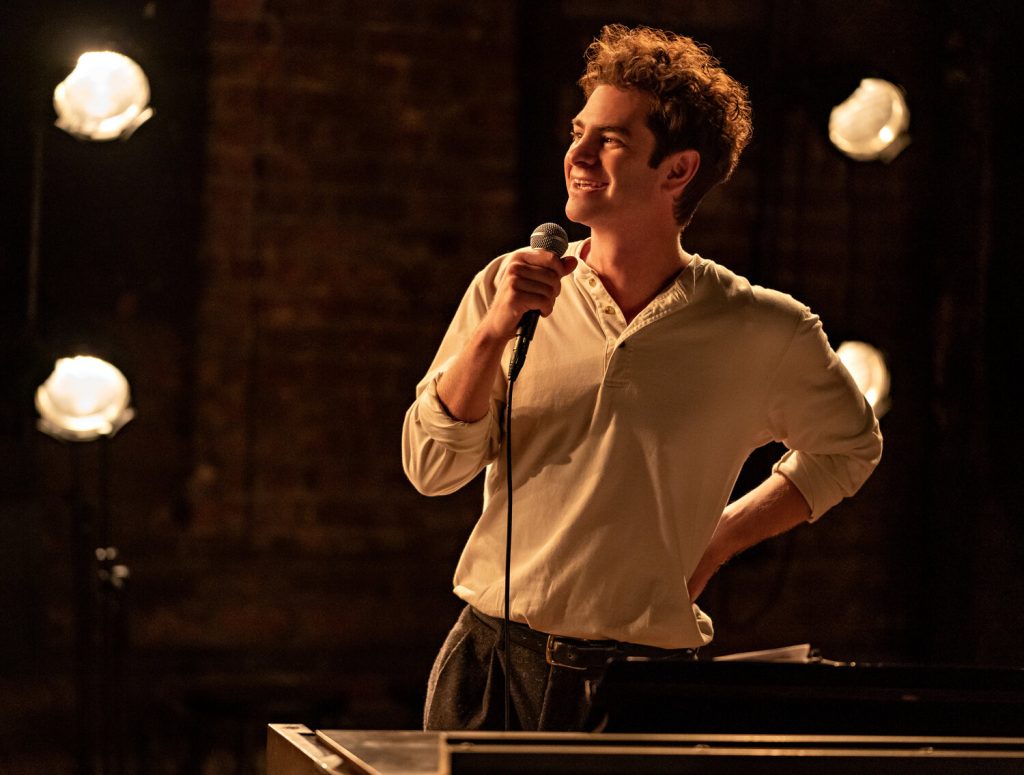 Before Jonathan Larson wrote Rent, a breakthrough rock opera dealing with drug addiction and living with AIDS, he tried again and again to push his way through the world that was refusing to take any interest in him. The film tells the story of the time when Larson worked in a small New York diner, experienced numerous ups and downs with his small circle of friends and tried to finish writing something that was supposed to be his true masterpiece. But seeing how the AIDS epidemic crushes lives of many of the similarly inclined dreamers, Jonathan begins to wonder if it is really worth sacrificing everything for one dream?