We announce the Documentary Special Screenings of the 30th edition of EnergaCAMERIMAGE Film Festival. 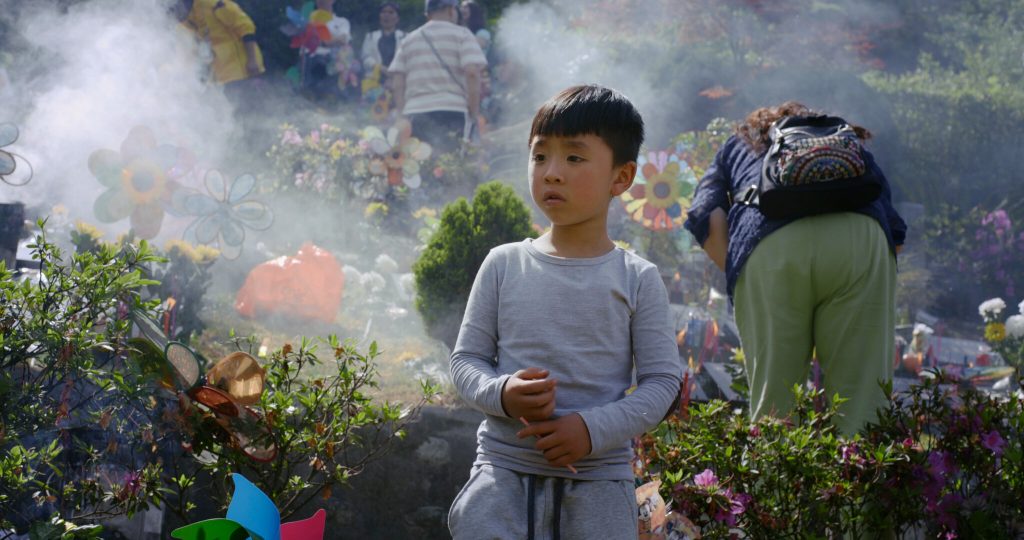 After an earthquake razed a Chinese city to the ground in 2008, more than six thousand parents were encouraged to replace the children they lost and move on with their lives. The film follows two of these families for over a decade. Haunted by fear, resentment, and unspeakable grief, the families find hope beyond intergenerational trauma to build an uncertain tomorrow. 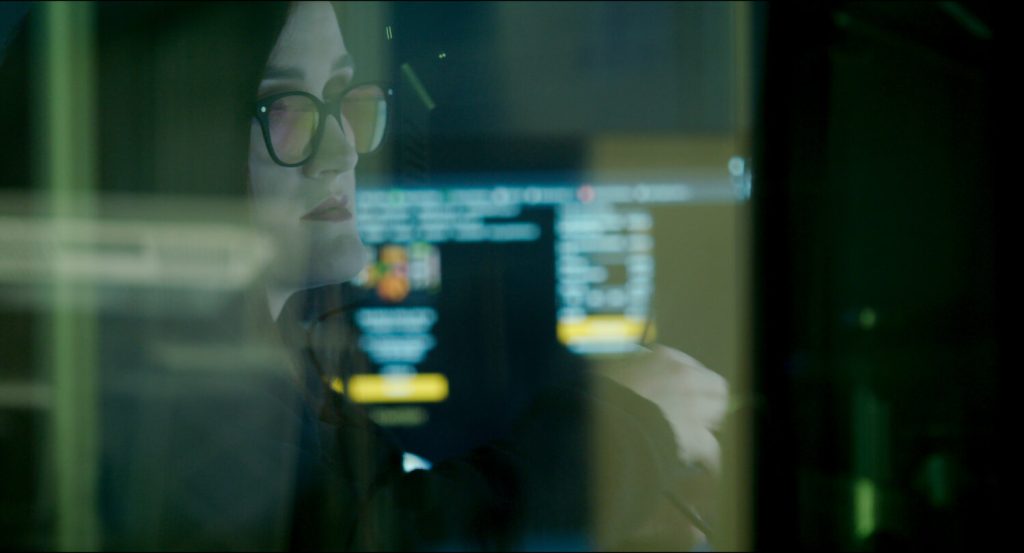 The emergency call center 112 receives numerous phone calls every day. The operators are attempting to deal with a variety of problems, both outside as well as with tensions within their office, meanwhile setting boundaries and dealing with their own emotions. 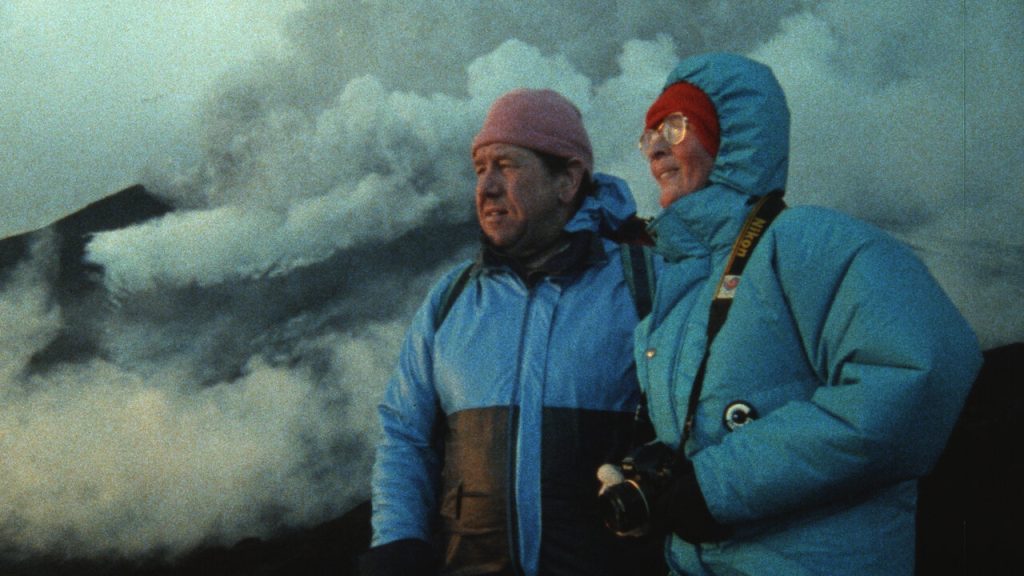 The film focuses on Katia and Maurice Krafft, their love of each other, and getting as close as possible to fiery volcanoes. For over two decades, the daring French volcanologist couple was seduced by the thrill and danger of this elemental love triangle, roaming the planet, chasing eruptions and documenting their discoveries in stunning photographs and breath-taking film to share with an increasingly curious public in media appearances. They died together in 1991, due to a volcano eruption in Japan. 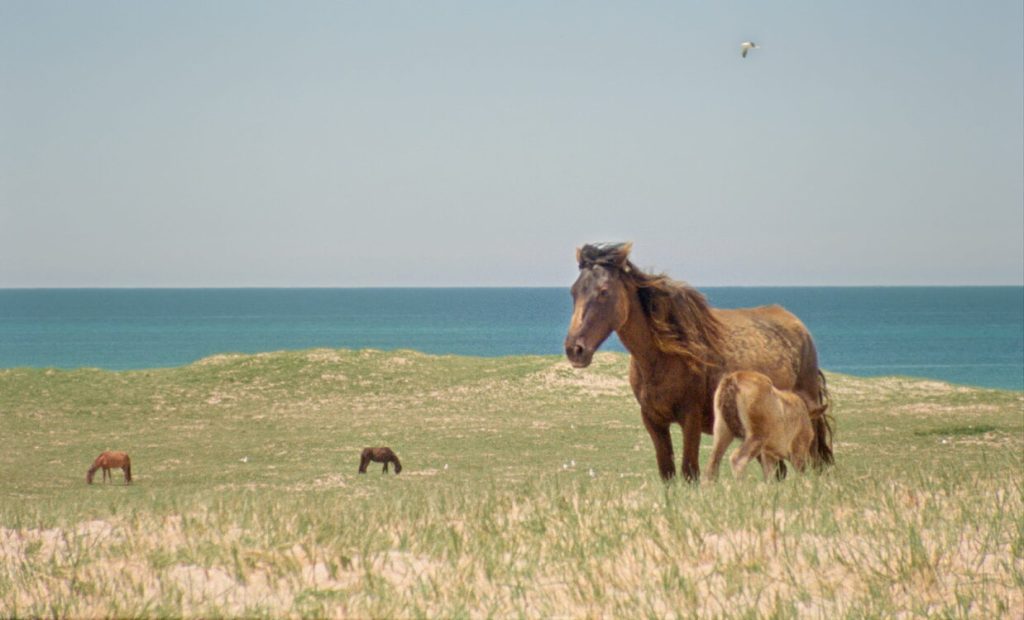 The film is an immersion into the rich ecosystem of Sable Island, guided by naturalist and environmentalist Zoe Lucas who has lived over 40 years on this remote sliver of land in the Northwest Atlantic Ocean. Shot on 16mm and created using a scope of innovative eco-friendly filmmaking techniques, this experimental documentary is a playful and reverent collaboration with the natural world. Much like a field book, the film tracks its protagonist’s labor to collect, clean and document marine litter that persistently washes up on the island shores.

The film tells the inspirational true story of Opportunity, a rover that was sent to Mars for a 90-day mission but ended up surviving for 15 years. The film follows Opportunity’s groundbreaking journey on the red planet and the remarkable bond forged between a robot and her humans millions of miles away. 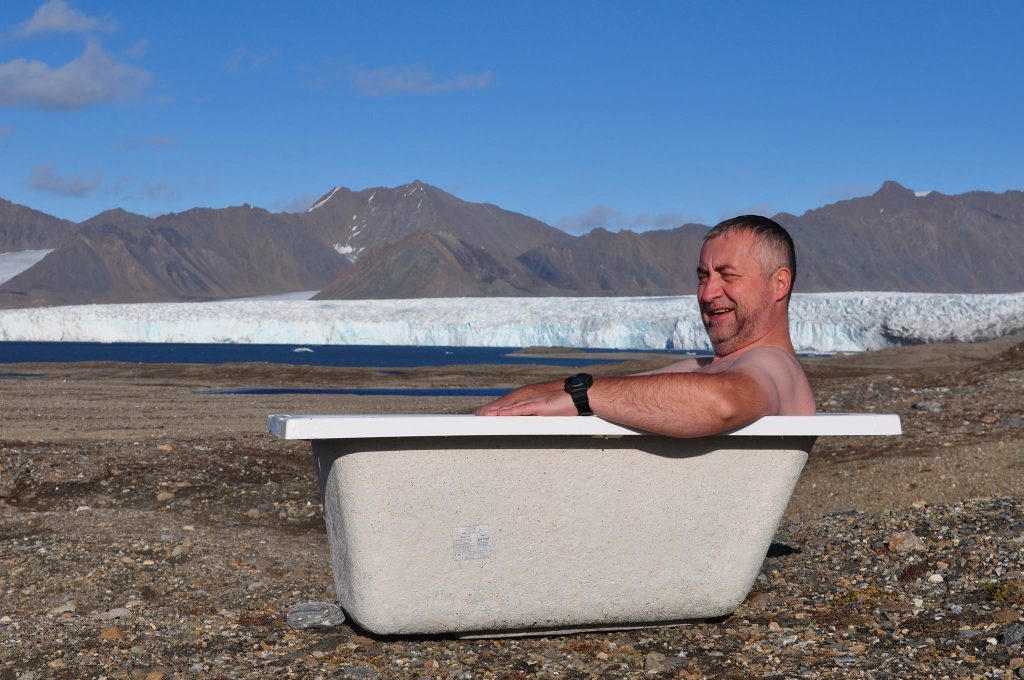 Irek Sobota is a professor at the Nicolaus Copernicus University in Torun and head of the Polar Research Centre. His scientific activity is strictly related to managing the Polar Station on Spitsbergen. Within the span of the last 20 years, he participated in more than 30 research expeditions. One could say that the Arctic is his second habitat, as he spends a couple of months there, every single year. This is a man torn between two homes and two totally different worlds. When paying a visit to one of them, he usually misses the other. Hahut is a documentary dedicated to passion, which can also become one’s occupation. 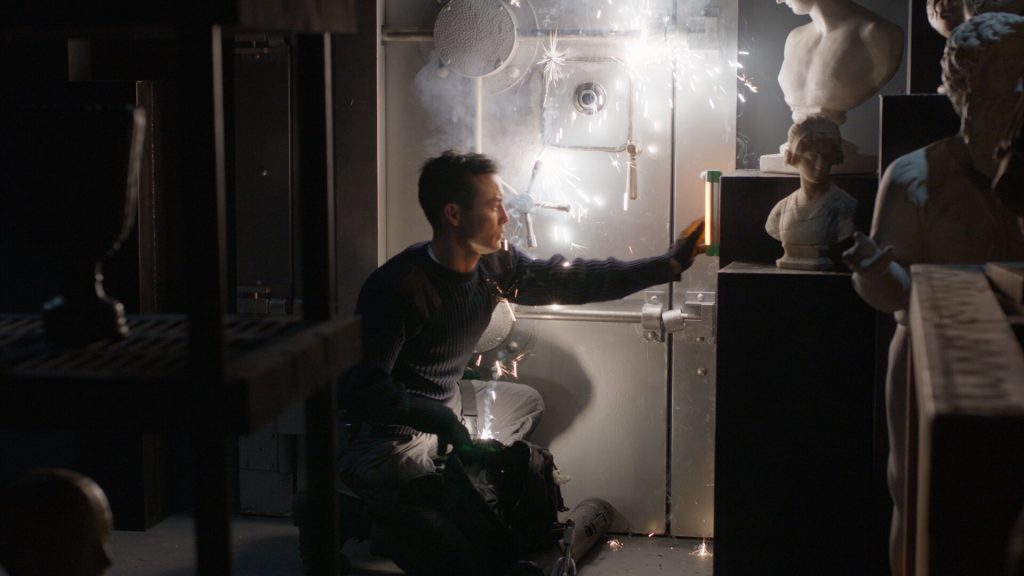 The HBO Camera Assessment Series, started over 10 years ago, is a project that seeks to create a rich and expansive image library, available to producers, directors, and cinematographers across the entire Warner Bros. Discovery family. The goal of this one-of-a-kind project is to not determine what camera is “best”, but to determine what camera is appropriate for each individual scenario we face across the vast quantity of productions made by the HBO, and the wider Warner Bros. Discovery. 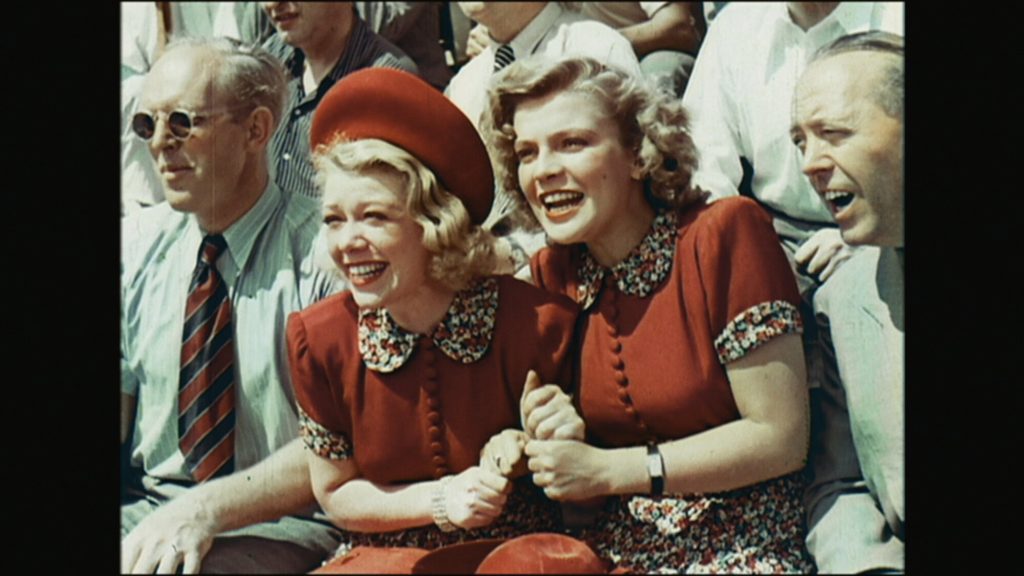 Documentary looking at the German film industry between 1933 and 1945, showing how their state-funded productions shaped public opinion during this time. The film explores the overly flamboyant dramas used to distract the masses from the horrors of war and even to encourage war martyrdom for the sake of the progression of the Third Reich.

HOW DO YOU MEASURE A YEAR? 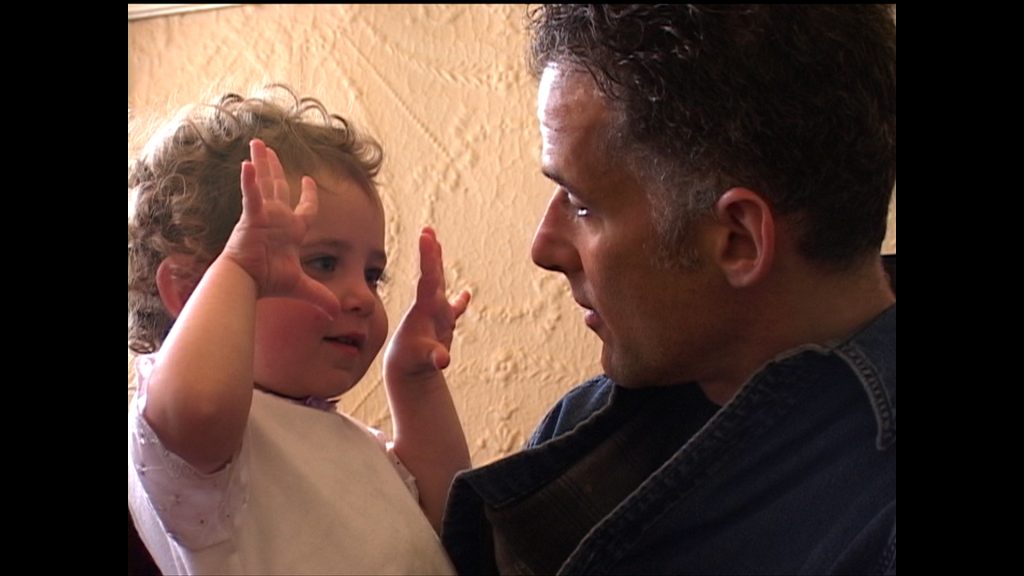 For 17 years, Jay Rosenblatt filmed his daughter Ella on her birthday, asking her the same questions. In just 29 minutes, we watch her grow from a toddler to a young woman with all the beautiful and awkward stages in between. Each phase is captured fleetingly but makes an indelible mark. Her responses to her father’s questions are just a backdrop for a deeper story of parental love, acceptance, and ultimately, independence. 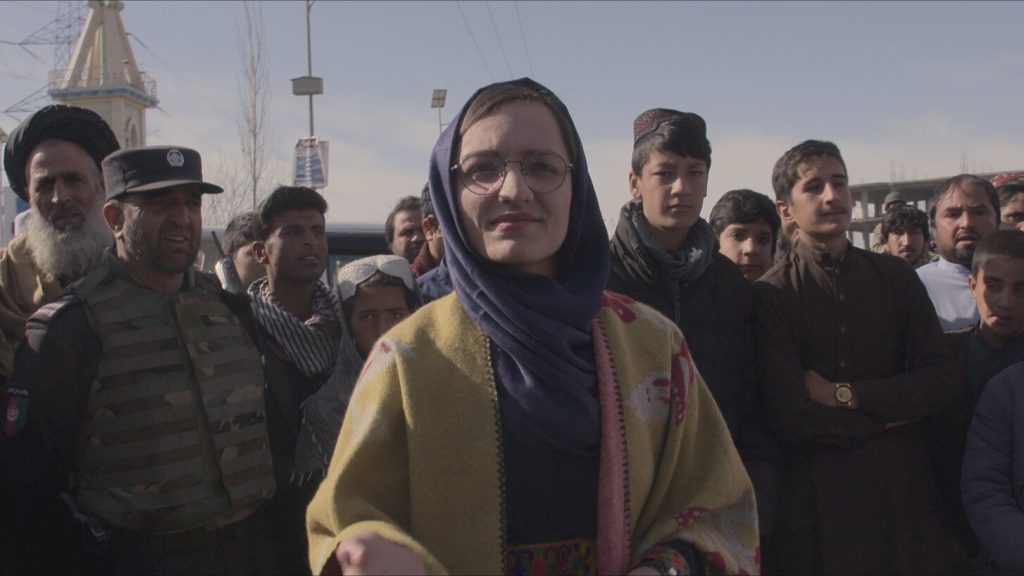 Filmed across two turbulent years, In Her Hands tells the story of Zarifa Ghafari, who at 26 became one of Afghanistan’s first female mayors and the youngest to ever hold the position. The film documents her fight for survival against the backdrop of her country’s accelerated unravelling. As Western forces announce their retreat and the Taliban start their sweep back to power, Zarifa and women across the country face a new reality. Amid these tectonic changes, Zarifa must make the most difficult decision of her life.

Over a period of one year the adolescent inmates of the Juvenile Correctional Facility in Serbia search for a way to escape their destiny. The annual New Year’s Eve celebration in the facility may be their only visible hope. These are the only few hours in the entire year when the boys and the girls will be allowed to spend time together and possibly find love.

Evi is Finland’s most experienced karaoke hostess. Yet again, she packs her equipment and starts a car engine to travel through the northern landscapes of Finland. Her journey interconnects with the stories of the film. Toni, the shyest guy in the world, catches everyone’s eyes when on stage. Kari is searching for love and sings in his empty karaoke car repair shop. Elina can hardly walk because of Parkinson’s, but punk songs make her dance. Laura sings because talking is too painful. It looks like Finns have found a unique way out of loneliness: they sing. 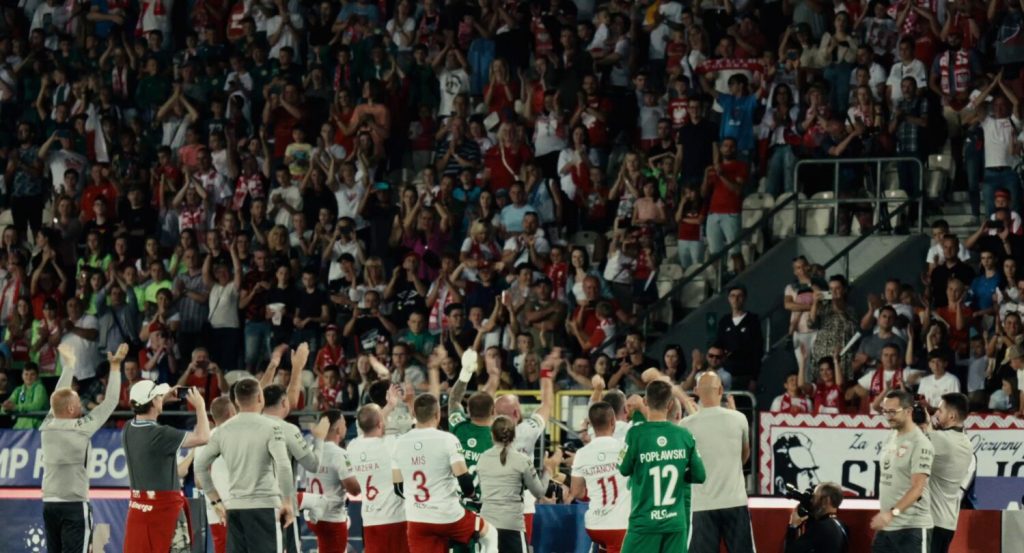 It’s not soccer, it’s more than football, it’s amp futbol. The cutthroat season, filled with uncertainties involving the Coronavirus pandemic, leads the players and the coaching staff to the limits of human capacities. They are on tenterhooks, the pressure rises and there comes a question: who can truly put up with this? Is it the brotherhood that holds them together or perhaps their enormous determination in achieving their goal? What is their goal? Natural Born Winners is a documentary picturing the team players with limb amputations and their teamwork struggle on the path to European Championship.

ONCE UPON A TIME IN QUIZCA 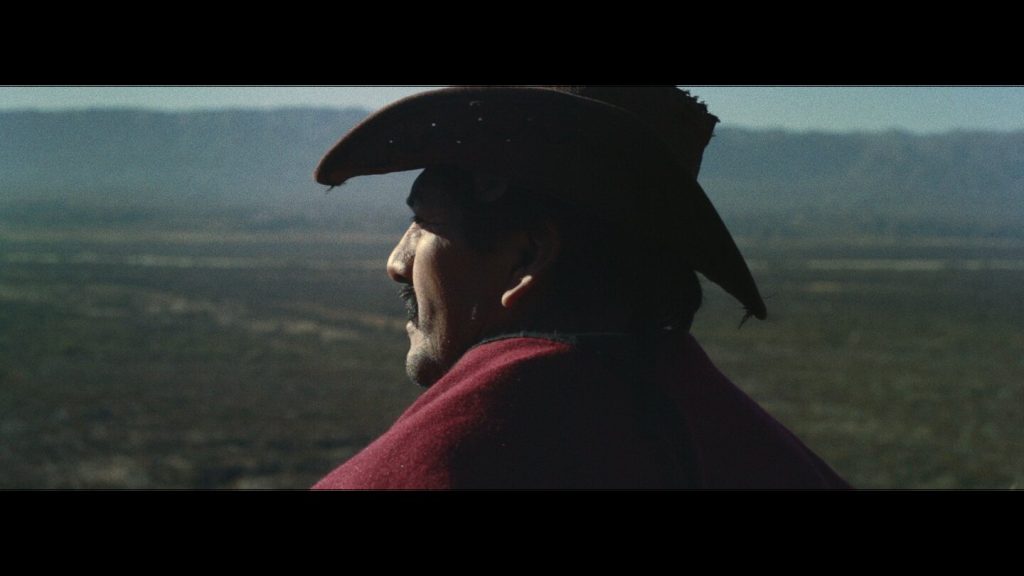 From a small town in the mountains, the voice of an old peasant emerges to bring back a lost memory: the solo death of one of his closest friends. Some horsemen, also old friends, embark on a restorative odyssey. 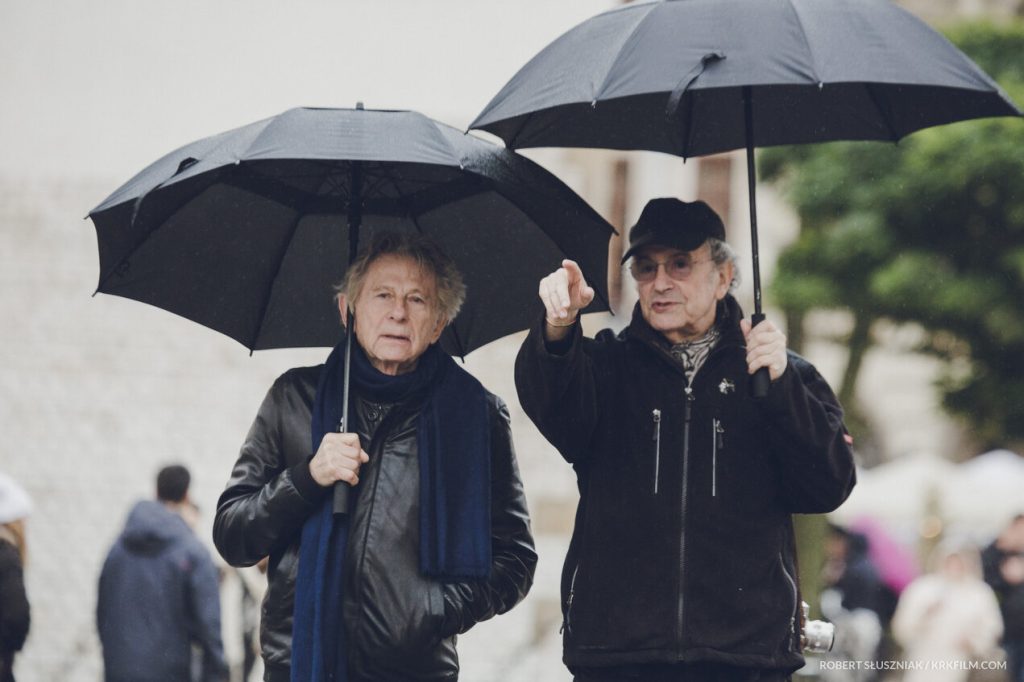 Two artists, photographer Ryszard Horowitz and director Roman Polański, met after decades in their hometown and are on a walk-about around Kraków, following the trail of their wartime experiences. They walk through the streets of Kazimierz and the former ghetto, look into the apartments where they spent their childhood and remember those who are no longer alive, as well as those who helped them survive the Holocaust. The film is a colourful tale about childhood, friendship, the same Jewish fate and, above all, about the place that continues to remain their home.

Retrograde captures the final nine months of America’s 20-year war in Afghanistan from multiple perspectives: from that of one of the last U.S. Special Forces units deployed there, from the perspective of a young Afghan general and his corps fighting to defend their homeland against all odds, and the perspective of the civilians desperately attempting to flee, as the country collapses and the Taliban take over. The film offers a cinematic and historic window onto the end of America’s longest war, and the costs endured by those most intimately involved.

An observational documentary set in post-conflict Belfast’s district of Ardoyne, where a marginalized, working class community has for generations been plagued by poverty, drugs and guns. This film charts the dream of Headmaster Kevin McArevey and his dedicated visionary team, illustrating how critical thinking and pastoral care can empower and encourage children to see beyond the boundaries and limitations of their own community. We see how philosophy can encourage them to question the mythologies of war and of violence, and challenge the narratives of their community.