The most widely recognized Polish photographer, claimed to be a pioneer in commercial photography, will participate in the anniversary edition of the EnergaCAMERIMAGE Festival. The Ryszard Horowitz Photocompositions 1969-2022 exhibition will be open to visitors at the Tumult Foundation's headquarters (Rynek Nowomiejski street) as well as at the Contemporary Art Center Znaki Czasu starting November 13. The artist will not only present his most important works, but also meet with the festival guests and the residents of Toruń. The exhbiition will be available at the Contemporary Art Center until November 27, yet you will be able to experience it also at the Tumult Foundation until mid-March 2023.


Ryszard Horowitz was a pioneer in using special effects in photography in the digital imaging era. Many works have been created as a result of technological development with the use of innovative techniques and computer programs. He became a model for designers and photographers working on commercials, he was a world trendsetter and an inspiration for generations of photographers. Horowitz is at the same time a very interesting character whose life, as he himself underlines in interviews, could be a complete movie script. He was born on May 5, 1939 in Cracow. Four months later, Poland fell under the Nazi Germany occupation, his entire family was arrested and its members were kept in various concentration camps. Their survival was a miracle, and when the war ended, they settled again in Cracow just like many other Jewish families. Ryszard Horowitz belongs to the youngest survivors of Auschwitz. He attended the High School of Fine Arts in Cracow, and then studied at the Academy of Fine Arts in his hometown. In 1956, which was a short period of political and cultural rest in Poland, the time of government subsidizing innovative, original artistic forms, Cracow suddenly became a center for avant-garde jazz, painting, theater and film. Seventeen at that time Horowitz took full advantage of that revival and eventually became fascinated with American photography. In 1959, he emigrated to the United States and started studies at the famous New York Pratt Institute. At that time, he received a scholarship from Alexey Brodovitch – one of the most influential persons in the publishing graphics and photography circles. He worked in many cinematography institutions, design and photography studios. The proof of the high reputation he earned at that time was entrusting him with a position of an art director at one of the largest and best advertising agencies in the world, the New York-based Grey Advertising. In November 1967, he opened his own photography studio which he still runs. Photography is not only a profession, but also his life passion. For the next forty years, his works have been exhibited, published and got into world’s collections. Ryszard Horowitz received all major awards and titles granted to photographers. In the early phase of his career, the artist used various techniques of photography, retouching, multiple plates exposure or manipulation in a darkroom. When computer image processing techniques did not exist, he achieved extraordinary aesthetic effects and created images that are iconic. His works often present surreal worlds intriguing with the play of meanings and symbols, which remain in the memory for a long time. 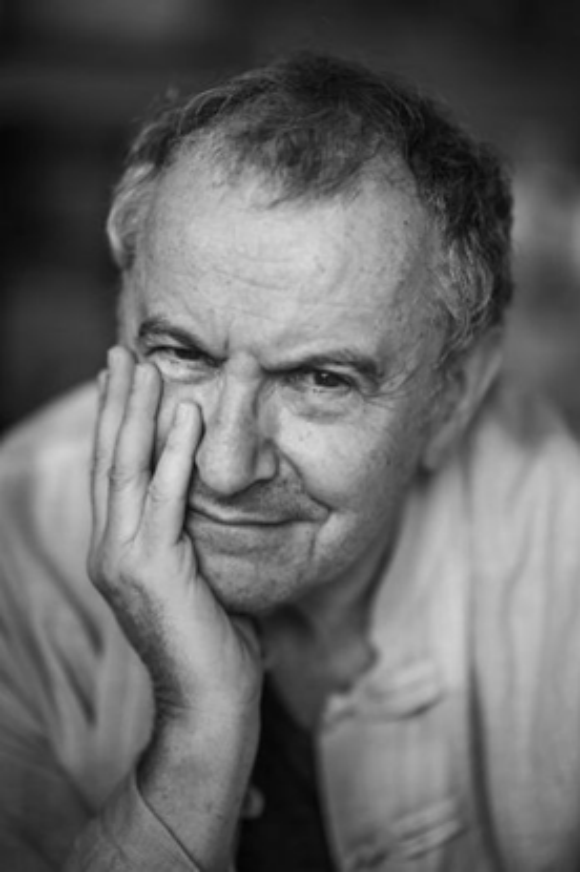 Ryszard Horowitz belongs to the group of the Festival’s closest friends. His photocomposition became a symbol of the very first edition of Camerimage in 1993. Back then, the artist also participated in the works of the competition jury, shaping the criteria for the evaluation of the image in the film compositions shown at the Festival. The guests of the second edition of Camerimage could admire the exhibition of his works, which attracted a great attention. In the following years, the artist participated in the event several times as a guest and a member of jury, and in 2015, designed the festival poster for the second time – the event at that time was held in Bydgoszcz.


During this year's, anniversary edition of the EnergaCAMERIMAGE Festival, Horowitz's works will be on display at the Center of Contemporary Art Znaki Czasu in Toruń and at headquarters of the Tumult Foundation. Among the works presented at the exhibition, one will find a diptych of festival posters consisting of photocompositions from 1993 and 2022, which sets a seal on the 30 years of Camerimage activity. Both posters from the diptych, signed by the master, will go to the first 30 lucky winners who apply for their purchase. The artist will also take part in an open meeting with the residents of Toruń and the guests of the EnergaCAMERIMAGE Festival. The event will be accompanied by a screening of the documentary Polański, Horowitz. Hometown, which tells the story of the childhood of the two great artists whose lives were intertwined during the Second World War. The opening of the exhibition will take place on Sunday, November 13, at 5p.m. at the CCA. Horowitz's works will be displayed there only for a fortnight until November 27, 2022, yet the part exhibited at the Tumult Foundation will be available until March 12, 2023. Therefore, do make your plans to visit the exhibition Ryszard Horowitz. Photocompositions 1969-2022.

The exhibition is free of charge for EnergaCAMERIMAGE Entry Card holders during the Festival. 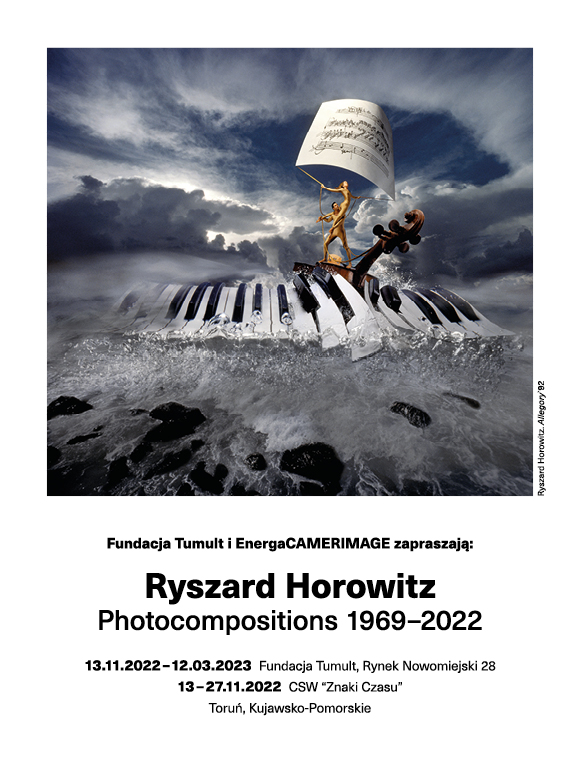