Life deals us all dfferent cards to play with, some better, some worse, yet for most of the time it is up to us to decide how and in what way we are to use them. What happened - and is still happening - this year in Ukraine is a tremendous tragedy that stripped away millions of people of any kind of control. We, as a film festival, cannot change this but, within our capabilities, we would like to at least give a voice to the people behind an impressive artistic event that could not be organized the way it should because of the Russian aggression. We are happy to announce a partnership between EnergaCAMERIMAGE International Film Festival and Ukrainian Film Festival of Art of Cinematography KINOKO.

KINOKO is the first Ukrainian film festival dedicated to the art of cinematography. It was founded in 2018 as an annual student film festival, bringing together young cinematographers from different regions of Ukraine for a two-day screening of student works from various film schools. For 4 years, KINOKO has been growing dynamically to become a prominent platform for creative exchange of ideas and experiences between young cinematographers and professionals. In 2021, the festival included competitional screenings of short and feature films, an exhibition of current film technologies from Ukrainian rental houses (Patriot, Filmotechnic, etc.), and a series of educational and promotional events, including masterclasses from industry-leading figures.

For the 2022 edition, KINOKO has invited representatives from European film schools to participate in the competition, as well as well-known professionals to form an international jury. Due to the Russian war against Ukraine, holding the festival turned out to be impossible. Acknowledging this difficult situation, EnergaCAMERIMAGE Film Festival provided support for KINOKO and decided to give it space to present one feature and one documentary film recognized by the festival in previous years, which stand out due to their unique visual style. We will screen Nariman Aliev's Homeward (Додому) and Simon Mozgovyi's Salt from Bonneville (Сіль з Бонневілю). 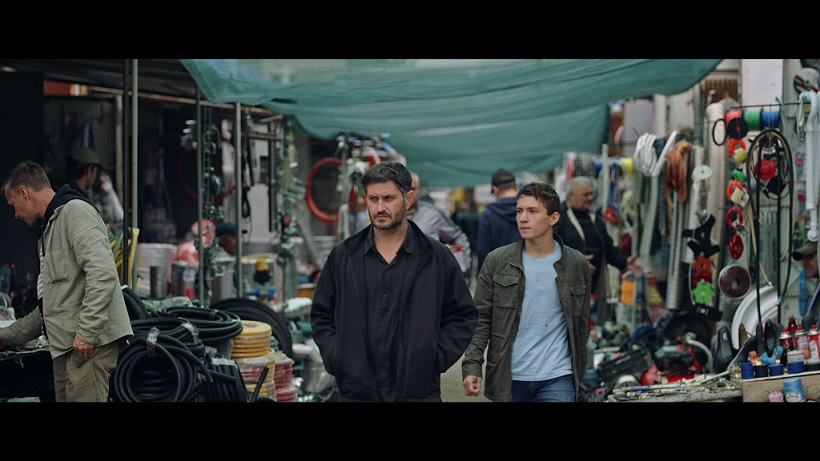 Still from "Salt from Bonneville"


Also this year, both festivals will join forces and hold a vital panel discussion "Cinematographers at War" on filmmakers working near the frontline.

After a full-scale Russian invasion of Ukraine the whole industry shut down in one quick moment. Film professionals were forced to regroup very fast and find a new place suitable for themselves in this sudden reality. Everybody was doing volunteer work: transforming their own restaurants to volunteers' hubs where they were cooking free food for those in need; taking part in people evacuation from front-line towns and villages; some joined the Ukrainian defense forces, but everybody was also documenting the reality of war. This panel discussion will bring together Ukrainian cinematographers who will share their experiences since February 2022. The seminar will revolve around filming in front line areas, working with film equipment in these conditions as well as the question of whether to film or not: where does this line lie in the reality of war. The participants will watch some fragments of materials and also try looking into what is the future of filmmaking in Ukraine and how is it going to look like in the nearest time ahead.

The partnership with KINOKO Film Festival is another initiative aimed to support our Ukrainian friends. A few weeks ago we informed about our collaboration with the “OKO” International Ethnographic Film Festival that will be organized as a part of this year' edition of EnergaCAMERIMAGE.