We announce the line-up of the Documentary Features Competition "IMAGE OF THE WORLD AND WORLD IN IMAGES" of the 28th edition of the International Film Festival of the Art of Cinematography EnergaCAMERIMAGE.
The aim of the competition is to recognize the art of documentary filmmaking as creative interpretation of reality. Putting emphasis on the visual and aesthetic aspects of the selected nonfiction entries, the jury awards the best cinematographers in the competition.

The year 2021 marks the 500th anniversary of the Spanish Conquest of Mexico. To commemorate the historic occasion, director Rodrigo Reyes offers a bold, hybrid cinema experience that mixes non-fiction and performative elements with components of a road movie. Through the eyes of a ghostly conquistador, Reyes recreates Hernán Cortez’s epic journey from the coasts of Veracruz to the Aztec capital of Tenochtitlan, the site of contemporary Mexico City. As the anachronistic fictional character interacts with real victims and subjects of Mexico’s failed drug wars, the filmmaker portrays the country’s current humanitarian crisis as part of a brutal and unfinished colonial project, still in motion 499 years later. 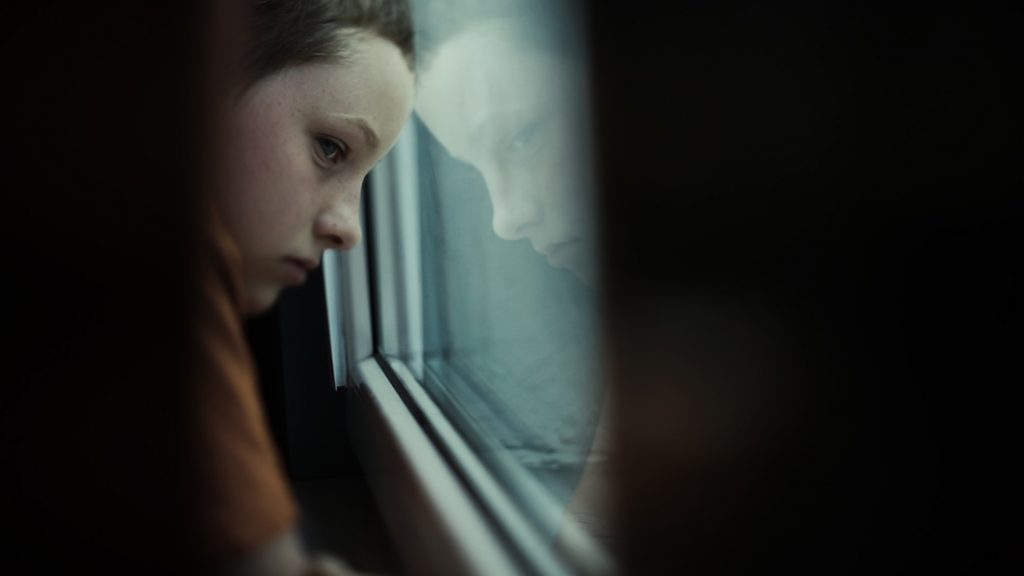 Altered States of Consciousness is a film about the possibilities of our brain. A poetic journey deep into the world of thoughts of people with autism and Asperger’s Syndrome. Where do the boundaries of our minds lie, and how much does culture confine or even extinguish our creativity in everyday life and even in love? In the film, we meet people of various ages who experience autism to differing degrees on the spectrum of the illness. With some, there is practically no contact at all, whereas others at first glance give the appearance of being “healthy.” Each of our subjects is a separate world and a unique means of seeking his or her own path in life. 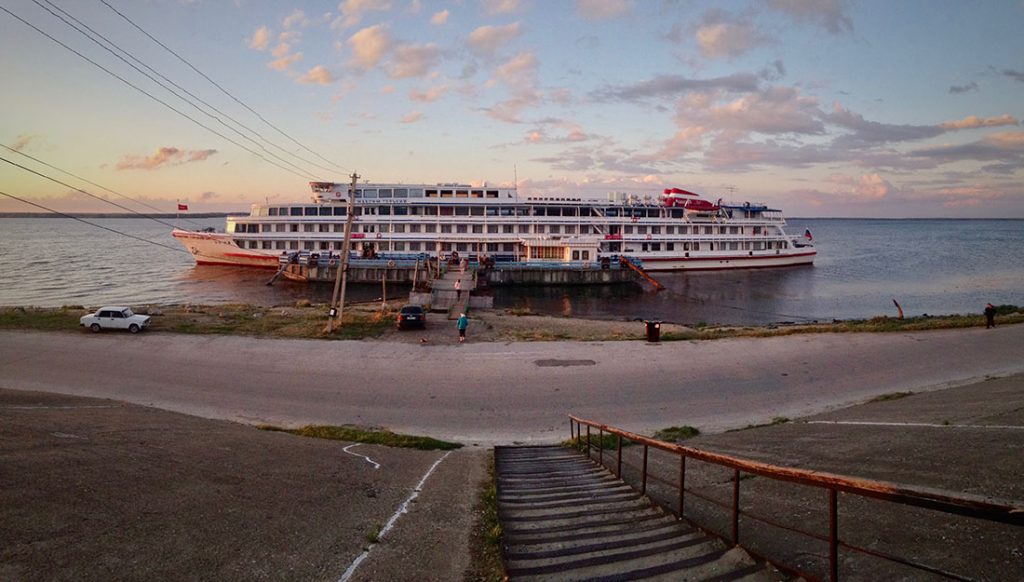 A lovesick misfit, a mysterious beauty, a retired civil servant, a randy fortune teller, and a doubtful young couple meet in late summer on a Russian river cruise on the Volga. As do many other passengers, they board the ship with broken hearts and shattered illusions, but hoping for a change for the better, seeking peace and the space to come to terms with the meaning of their lives. What does fate have in store for them?

Oscar, not quite a child anymore, scavenges for scrap metal for his father. He spends his life in improvised landfills among remains and leftovers. Worlds apart, yet close by, there is Stanley. He tidies the church in exchange for monetised hospitality, picks fruits, and herds sheep – anything that keeps his foreign body busy. Oscar, the young Sicilian, and Stanley, the Nigerian, don’t seem to have much in common, except for the feeling of being thrown into the world to suffer the same refusal, the same overwhelming wave of choices imposed on them by others. 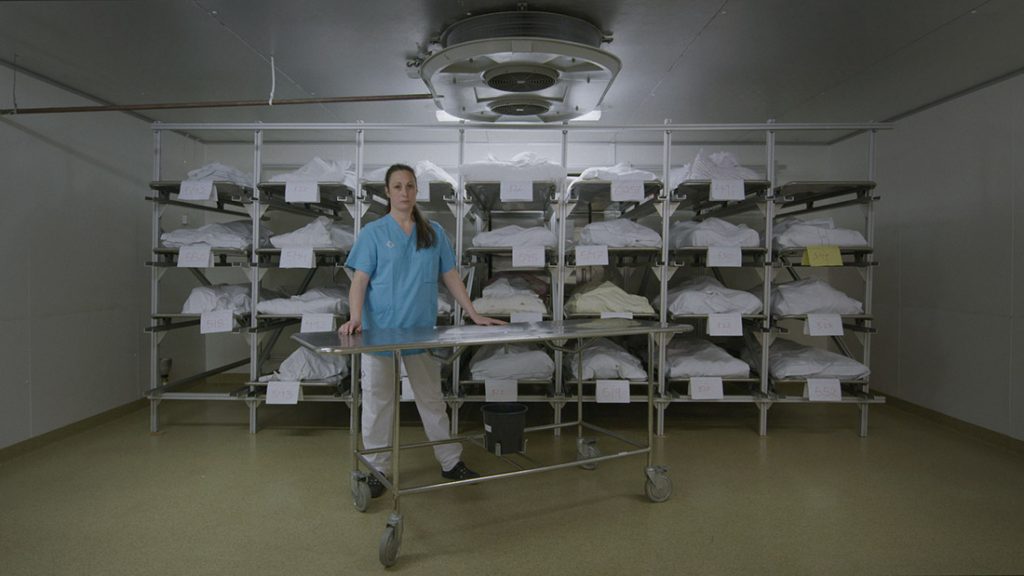 Meanwhile on Earth is a film about death that speaks about life. Constructed as a collage of scenes and situations – each a tableau – the film investigates the human relationship with death in our society, based on the people that have made death part of their everyday lives. We meet a variety of people who work with death, in parallel with encountering a man who is an involuntary visitor in this industry, as he is about to lose his mother. Meanwhile on Earth is a study of the human nature: her fears, her insecurities, and her relationship with the definitive end.

Pablo is a 34-year-old blind man who lives by himself in a house on the remote Uruguayan coast. While working on his craft liquors, he records his thoughts on a cassette player and sometimes returns to his own old stories. Valeria and Óscar are his friends, also blind, with whom he goes camping at the seaside and enjoys rock 'n' roll music and concerts. Together they transport us to a sensory world that transcends the image.

REASON I JUMP, THE

Based on the best-selling book by Naoki Higashida, The Reason I Jump is an immersive cinematic exploration of neurodiversity through the experiences of nonspeaking autistic people from around the world. The film blends Higashida’s revelatory insights into autism, written when he was just 13, with intimate portraits of five remarkable young people. It opens a window for audiences into an intense and overwhelming, but often joyful, sensory universe. Moments in the lives of each of the characters are linked by the journey of a young Japanese boy through an epic landscape. Narrated passages from Naoki’s writing reflect on what his autism means to him and others, how his perception of the world differs, and why he acts in the way he does: the reason he jumps. The film distils these elements into a sensually rich tapestry that leads us to Naoki’s core message: not being able to speak does not mean there is nothing to say.

SIDIK AND THE PANTHER

For 25 long years, Sidik has been searching for a snow leopard in the war-scarred mountains of Kurdistan in northern Iraq. Once, there were many leopards here. If they return, Sidik believes his people and his homeland will survive. If he can capture one of the magical creatures on film, the region will be declared a national park, and bombs will never fall again. Sidik has still not found his leopard, but he refuses to give up hope. As he travels through the Kurdish mountains, he meets animals, rivers, plants, and people, and their memories and stories mesh with his own. 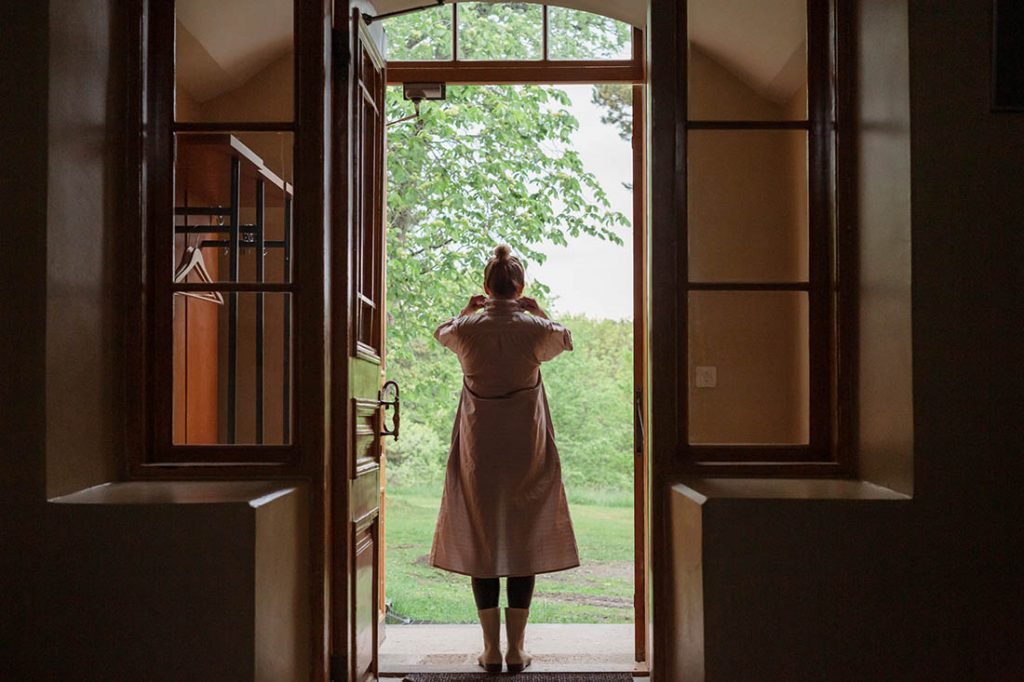 For centuries, a closed institution served as a final destination for socially transgressive women at Själö, an isolated island in the Baltic Sea. The outcast women were kept there in detention to be observed, studied, and measured – in much the same way as the scientists now focus on the surrounding nature at the research centre the place has been converted to. While a young scientist is collecting samples on the island, the past emerges in the whispers of the hospital's unsent letters and empty rooms. The space fills with hidden memories as the invisible archives become alive. Whose stories are remembered and whose are forgotten?

WHALE FROM LORINO, THE

Chukotka, a place at the far end of Siberia where winter lasts ten months, is a harsh land where only the strongest can survive. For centuries it has been inhabited by one of the oldest Siberian peoples whose traditions, culture, and way of living in touch with nature were violently eradicated by the Soviet regime. Following the USSR's fall, abandoned, deprived of their forefathers' wisdom, and devoid of hope for the future, tribe members strive to survive. One of the few remaining ways to make a living and maintain their tradition is whale hunting. But whales are endangered, too. For the Chukchi, they are a chance to survive another winter, so once the land of Lorino warms in the sun, the hunters set off, thus provoking a clash of two worlds that, with every confrontation, inevitably approach the borders of extinction.