The filmmakers’ development and their paths tend to be very challenging, their areas of artistic interest – even more diversified. Some of them choose the beaten track, but there are others who search for their aesthetics and inspiration in similar or completely distant fields of art. Bruno Nuytten began his career as a cinematographer, and continued it as a screenwriter and director, to finally concentrate on photography.

Born in 1945, in the suburbs of Paris, Nuytten passionately pursued the profession of a cinematographer for over 20 years of his career. As a cinematographer for feature movies, he accompanied many acclaimed directors, such as Jacques Doillon, Bob Raphelson, Stuart Rosenberg, Andrzej Żuławski, Alain Resnais, Claude Berri, and Jean Luc Godard among many others.

Later, he focused on directing and screenwriting. Over the period 1986-2001, Nuytten made following films: Albert souffre, Passionnément, Jim, la nuit and Camille Claudel (awarded with César).

He is a triple laureate of the prestigious César Award granted by the french Academy of Cinema Arts and Techniques for the Best Cinematography in Barocco, Tchao pantin and for the Best Film – Camille Claudel. He received the Palme d'Or at the Cannes Film Festival for Best Artistic Contribution in Invitation au voyage and the BAFTA Award for Best Cinematography in Jean de Florette. 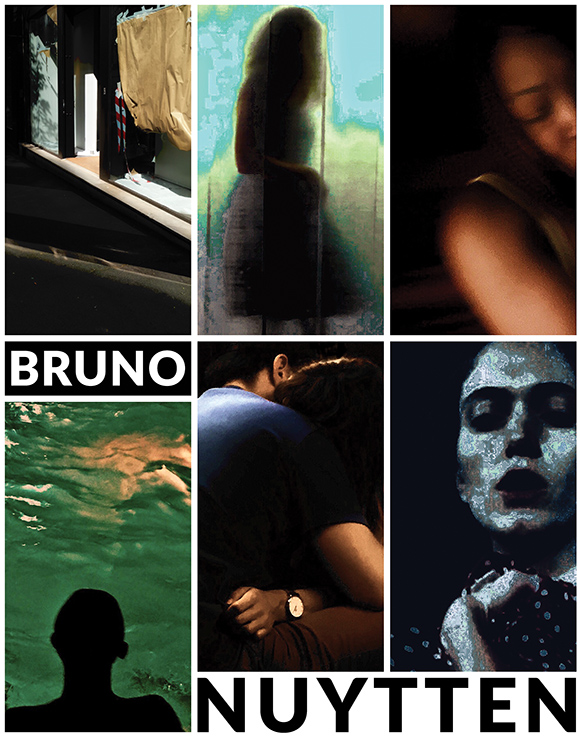 Despite his long-standing dedication to the Tenth Muse, Bruno Nuytten moved himself away from cinematography in hope to discover the reality perceived without fiction and myths. That decision made it possible to redefine the system of values and discover a completely new form of artistic expression – photography.

After his creativity break, which lasted over 10 years, he was invited to work with Le Fresnoy – the National Studio for Contemporary Arts in Tourcoing, France. He became the patron of eight artists, rediscovering the passion for capturing images, looking towards fleeting impressions and frames extracted from fading moments. In return for this dedication, Le Frenoy gave Bruno Nuytten the opportunity to exhibit 1000 photos taken by the artist with his first smartphone which he received from his children for the 70th birthday.

The display was presented in a darkened corridor on ten vertical screens. Each image was presented for only 7 seconds. The slideshow of clips and film frames, displayed without a stage and narrative superstructure, included every piece of reality which randomly caught the eyes and attention of the artist – both at night and during the day.

Bruno Nuytten most frequently photographs objects, places and undefined beings which at that specific time seemed to be weirdly familiar. He tames them in such a way. The peculiar photos he takes keep the audience on tenterhooks. They can be found somewhere on the edge of the real and imaginary world. The iPhone’s camera became his pocket laboratory. Through frequent image manipulations, Nuytten tries to obtain exactly the same feeling as the one accompanying him during the process of capturing it, hoping for making it shareable.

The exhibition accompanying the 29th edition of the The International Film Festival of the Art of Cinematography EnergaCAMERIMAGE will take place in Centre of Contemporary Art in Toruń, Kuyavian-Pomeranian Voivodeship, November 13-25, 2021.