MEET THE RECIPIENT OF CAMERIMAGE LIFETIME ACHIEVEMENT AWARD FOR DIRECTING

Nowadays, film directors are quite often reduced to a black-and-white distinction between skilled craftsmen working with strictly commercial projects and artists/auteurs who change the world and make viewers think with their films. Such a differentiation is highly unfair, of course; not only because the art of filmmaking stems from many a compromise as well as creative collaboration with cast and crew, but also due to the simple fact that each and every director is a different kind of animal, uses different means of expression, tells stories in different ways. At Camerimage Festival, we reject all kinds of pigeonholing, and we love filmmakers who have never allowed themselves to be typecast, but instead tried to explore different areas of filmmaking and engage viewers in a dialog.
That is precisely why we are very proud to announce that this year’s recipient of Camerimage Lifetime Achievement Award for Directing will be Australian filmmaker Phillip Noyce. The director who proved himself to be able to tell even the most commercial stories in a way that transforms them into striking tales about various forms of being human. The committed activist and campaigner who learned to use camera and film language to talk about social injustice and people marginalized for their differentness. The director who moves smoothly between big-budgeted Hollywood projects for mass audiences and independent, personal stories told in experimental way and breaking established conventions. Phillip Noyce will be the Festival’s guest and personally accept the award in Bydgoszcz. 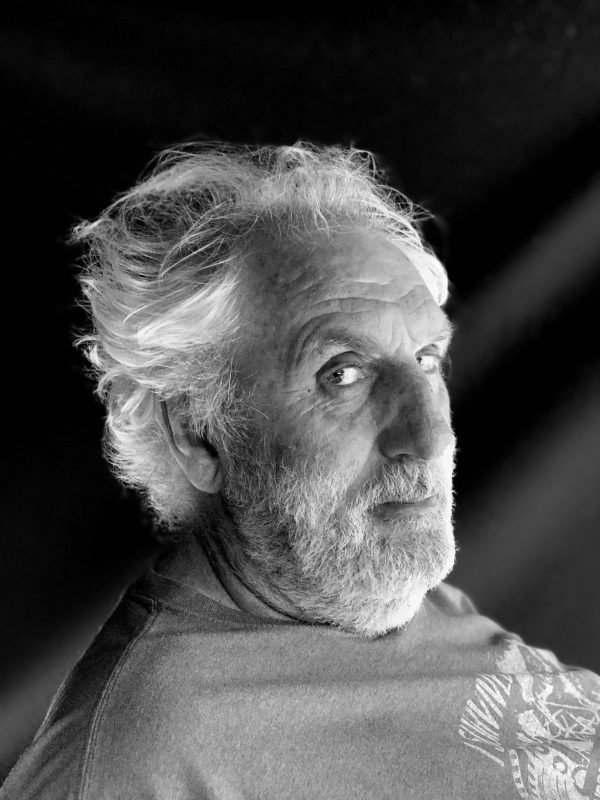 Phillip Noyce, photo by Kimberly Hunt
To most viewers Phillip Noyce is the director of highly popular American thrillers like Patriot Games or Salt, which make people sit at the edge of their seats, but it is important to emphasize the universal value of his Australian projects. Noyce was born and raised in Australia when the country was devoid of a film voice, thus he reached adulthood knowing he would actively fight for this to change. Not only did he shoot short films on 16mm, while becoming a part of a counterculture movement, but he also organized screenings, wrote newspaper articles and collaborated with a number of Sydney’s cinemas. In the beginning, he studied law, but with each subsequent year he has been realizing that film is his destiny. When the opportunity knocked at his door, he joined the first ever class of the newly established Australian Film, Television and Radio School.
The first breakthrough of the young, socially engaged director came with a 49-minute docudrama God Knows Why, But It Works about medical care among the Aborigines. This was 1975. Two years later Noyce debuted in feature film with Backroads, once again telling a story concerned with relations between two races, white Australians and the Aborigines. Another breakthrough came with Newsfront in 1978. By joining old newsreel footage with a number of scenes with actors Noyce made a moving tribute to the cameramen who chronicled the difficult beginnings of a new Australian nation after World War II. Newsfront is widely considered a masterpiece of Australian cinema and earned Noyce a reputation of an uncompromising filmmaker with something important to say, which he used in the following decades to talk about various problems of the modern world. From the poignant fate of the Stolen Generation, Aboriginal children forced to assimilate to the mainstream Australian society (Rabbit-Proof Fence, 2002), to the story of freedom fighters in South Africa broken by the Apartheid (Catch a Fire, 2006). 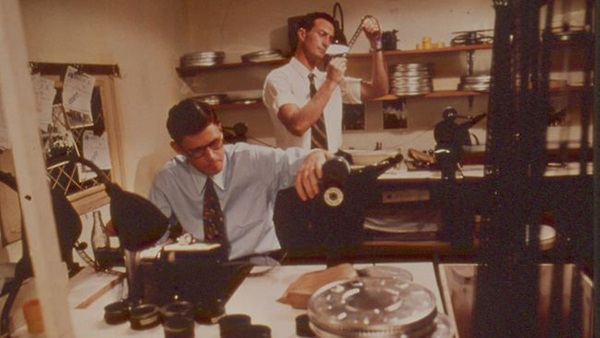 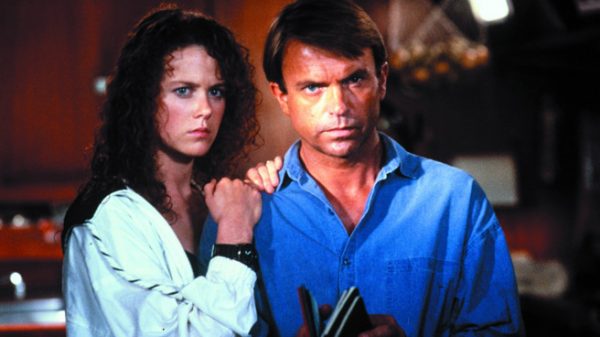 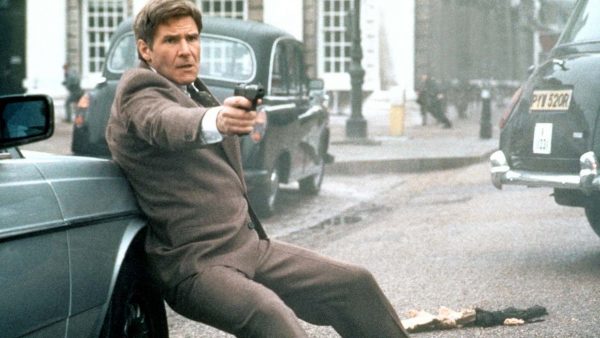 Still from "Patriot Games"
The following feature film successes – 1982’s Heatwave was screened as a part of Cannes Film Festival’s Director’s Fortnight section – and the projects Noyce developed tor television paved the way to his first international breakthrough. Dead Calm, an intense thriller with only three characters, opened the doors to Hollywood, not only for Noyce but also for Nicole Kidman who starred in the film. This was 1988. Four years later everyone was talking about the talented Australian’s ability to deliver the cinematic goods – Patriot Games was a perfectly crafted action thriller through which Noyce made his mark on the cinema of 1990s. Especially in terms of the ever-changing relation between man and technology, resulting in breaking the barriers that for past generations were not meant to be broken. Noyce was fascinated with espionage from his early days when his father told him stories from his days with the Australian Commando unit Z Force during World War II. Noyce shot a number of spy films, including Clear and Present Danger, The Saint, and The Quiet American.
This last film, a tale about a love triangle that formed during the First Indochina War, Noyce shot back-to-back with Rabbit-Proof Fence, making a welcomed return to Australian cinema after over a decade of shooting Hollywood features. Both films were a success and were echoed for many years within the public discourse. This was 2002, but Noyce directed only three feature films over the following fifteen years: drama Catch a Fire, thriller Salt, and fantasy The Giver. The reason for this was that when Noyce had realized that there is less and less space for genre experiments and big-budgeted personal stories, he turned his eye to television. He shot episodes of such series as Tru Calling, Brotherhood, Luck, and Roots, but also took part in making documentaries and television films, working in a pace that suited his directorial sensibilities. In one of his interviews, Noyce stated that he hoped people would consider him a chameleon whose work was impossible to categorize, at least stylistically. As of 2017, this is precisely how he is perceived. 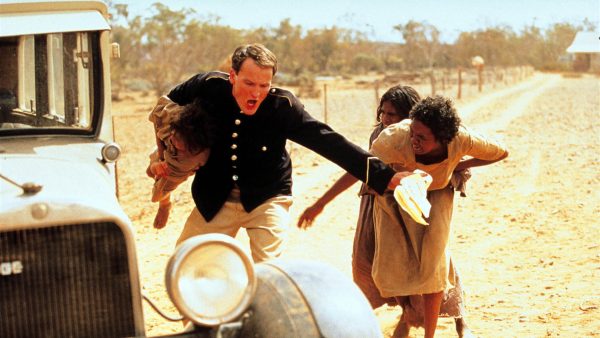 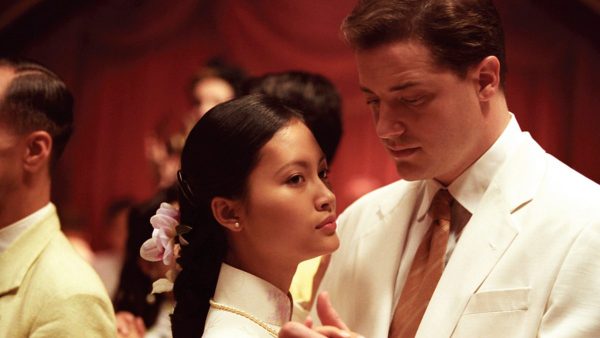 Still from "The Quiet American" 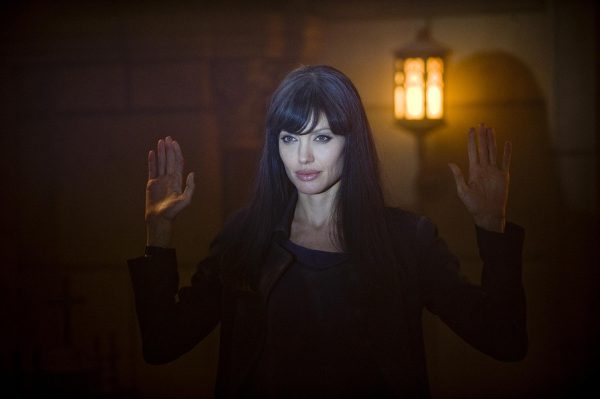 We are very excited that such an experienced and impassioned filmmaker will be the guest of the upcoming 25th anniversary edition of the International Film Festival of the Art of Cinematography CAMERIMAGE, where he will receive our Lifetime Achievement Award for Directing. Not only because Phillip Noyce made many impressive films with which he tried to change people’s attitudes and the way of thinking about others, but also due to the fact that he has always valued cinematography as one of the most important aspects of the art of filmmaking. During his distinguished career he worked with such cinematographers as Christopher Doyle (Rabbit-Proof Fence, The Quiet American), Dean Semler (Dead Calm, The Bone Collector), Donald McAlpine (Patriot Games, Clear and Present Danger), Phil Meheux (The Saint) and Robert Elswit (Salt). Each time he developed with them a unique film language which resulted in a series of evocative images that were, are and will be discussed by cinephiles all over the world. While visiting Bydgoszcz, Phillip Noyce will meet with Camerimage participants during a Q&A session after the screening of one of his films. We sincerely invite you to join this event.