Cinematographers’ Debuts Competition was initiated in 2010 due to the Festival’s increasing openness to the noteworthy artists and the new film phenomena they create. The idea of creating additional competition section was a natural consequence of our previous activities. For years we have been promoting innovative projects that combine intellectual freedom, remarkable insight into world affairs and a desire to inspire other artists of the screen.

Cinematographers’ Debuts Competition bring new discoveries: great movies of high artistic value and great filmmakers whose new ventures surprise not only the Jury members but all audiences around the world as well.

Competition is under the patronage of Polish Filmmakers Association.
**********

All I See Is You 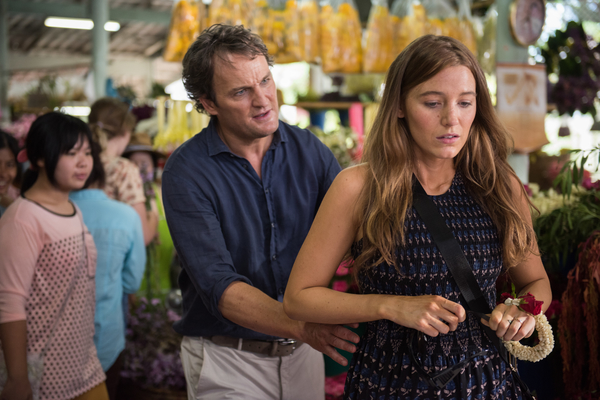 When she was a little girl, Gina lost both her parents and her sight in a car accident. As an adult, she is fully reconciled with her past, sharing the present and the future with her loving husband and caretaker, James. When the man learns that there is a way to restore the sight in one of her eyes, he spares no money for the medical operation. He wants his darling wife to see his face instead of only imagining it, if only for a brief moment. What seems like a miracle quickly turns out to be a nightmare in disguise. It is not that the operation unleashes some sort of supernatural powers, but that afterwards Gina gradually becomes increasingly independent, making him a helpless observer, whereas before he was used to being the person that actively shaped her life. Will they be able to conquer their fears, weaknesses and limitations, and make another attempt at reaching mutual happiness? And if so, how much will they be able to sacrifice for this to happen?
Director: Marc Forster
Cinematographer: Matthias Koenigswieser 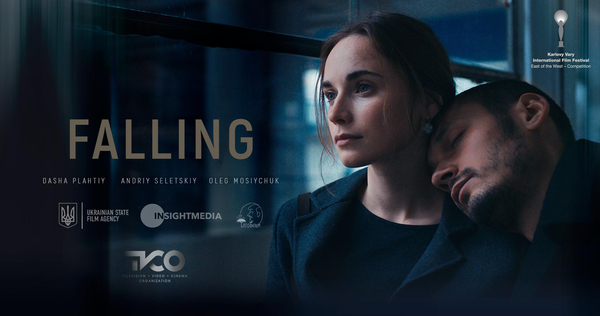 Present-day Ukraine, one year after the Maidan revolution. They meet quite by accident near one of the many night clubs in which young people try to forget about the problems of everyday life. Anton went there following the memories of his former self – he is a brilliant musician who lost himself to alcohol and drugs and is now trying to return to normal life. Katya simply left the party to smoke a cigarette – she is an activist and former art school student who desperately wants to give her actions some kind of meaning. They instantly feel they might be kindred spirits, but they remain cautious, knowing from their own experience that in this world nothing is as it seems. Forever torn between the past of their parents and grandparents which they never understood and the present marked by the tangibility of full-scale war, the young protagonists simply want to live happily and peacefully. Will they be able to truly bond in this seemingly futureless world?
Original title: Strimholov
Director: Marina Stepanska
Cinematographer: Sebastian Thaler

Happiest Day in the Life of Olli Mäki, The 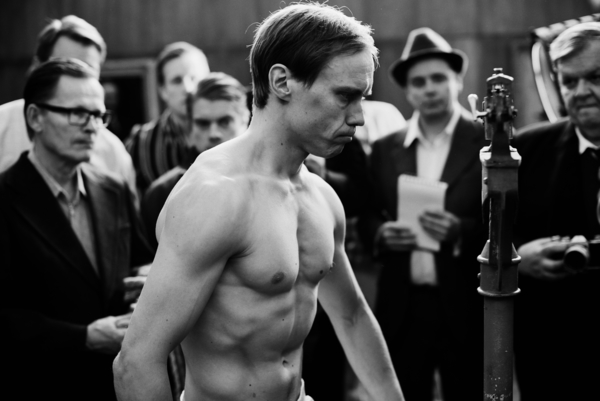 They say all’s fair in love and war. That seems right in the experience of young Finnish boxer Olli Mäki. You see, fate has smiled upon him – he has a shot at the world featherweight title. It’s just that… he’s fallen in love. Inconvenient as the situation may be, to make matters worse, the whole nation seems to have high hopes for his upcoming bout with the American champion. In other words, everyone expects Olli to win and bring Finland its deserved glory. His coach has big ambitions and even bigger dreams, the sponsors are queuing up for a photo with the future champ, and there’s even a two-person crew shooting a documentary about him. Every day the fervour increases, but the only thing Olli wants to think about is the lovely Raija, dancing through the night, late-night bicycle escapades, and skipping stones at dawn on a nearby lake. How can he forge his body, lose weight, and say smart, national-hero-sounding things when what it means to be a winner suddenly has more than one definition? Original title: Hymyilevä mies
Polish title: Olli Mäki. Najszczęśliwszy dzień jego życia
Director: Juho Kuosmanen
Cinematographer: Jani-Petteri Passi 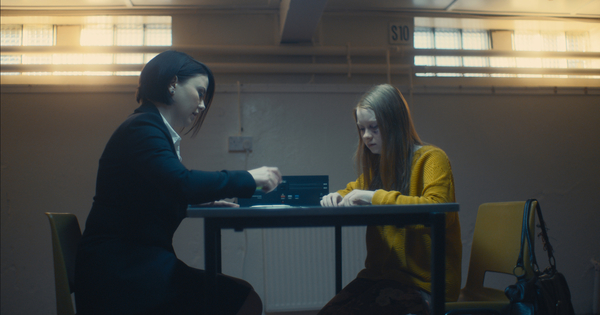 Life has never been kind to 17-year-old Isla, a young Glaswegian mother who is just trying to make ends meet. Pregnant at 13, her beloved son was born deaf. Now she lives on an estate that is marked for demolition in a couple of months’ time, and she’s unable to bury the hatchet with her parents, who will stop at nothing to take their grandson away from her. Yet all of her problems suddenly seem insignificant in the light of recent events: Isla is witness to a brutal murder committed by a local thug the police have been hunting for years. The girl will now have to struggle not only with social services, but also with an ambitious prosecutor who will do anything to get her hands on the notorious criminal. It all gets even more complicated when the killer discovers there is an anonymous witness to his crime. Not knowing whom she can trust and pressured by everyone around her, the young mother starts a risky game where everything is on the line.
Director: R Paul Wilson
Cinematography: Alan C. McLaughlin
Produced by: Lola Pictures Ltd 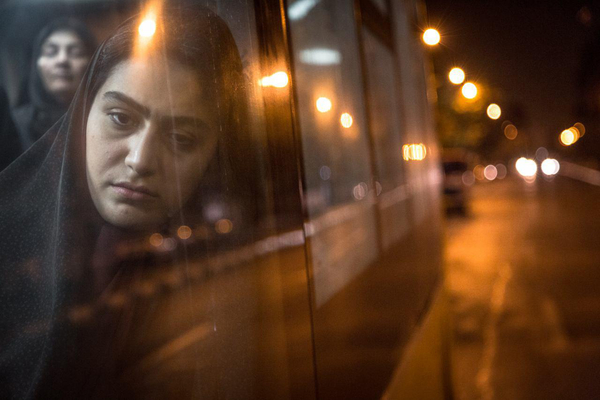 The truth is, was, and always will be relative, but Parviz learns this the hard way. The man was released from prison for three days to bury his wife (who died tragically in a car accident) and take care of his children, whom he hardly knows. On top of that, there is proof that the woman took her own life – but if so, why? Was it because of societal pressure? Was she in some kind of trouble? Or maybe someone else was to blame? Some people tell Parviz bluntly that his beloved wife deserved to die because her conduct had become morally dubious during his absence. Others say that she was a warm and welcoming person who would never do such a thing. While trying to understand his estranged wife’s actions and befriend the children he knows almost nothing about, Parviz renews old friendships and meets with his enemies. He will do anything to protect his family from further suffering. Through all this, we learn a lot about him, too. Could his past hold the key to the woman’s untimely death? Original title: Enzeva
Director: Morteza Ali Abbas Mirzaei
Cinematographer: Mehdi Ilbeigi 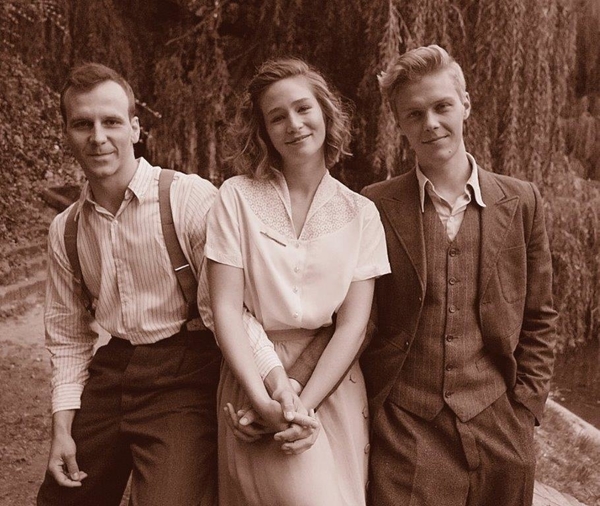 Ania, Erwin, Franek: young, beautiful, full of life. Before the war, in 1939, they promised each other lifelong friendship and that nothing would break them apart. They were wrong. They meet again in 1945, just before the surrender of the Third Reich, in a former Nazi concentration camp that has been turned by the new Polish authorities into a place of suffering for all who dare to stand against the country’s glorious future. Poles, Silesians, Germans – the camp consists of everyone who collaborated in any form with the Nazis, or simply those who do not fit into the new order of things. Thus, the meeting is far from joyful, the old promises are meaningless. Ania and Erwin are imprisoned there, while Franek works as a camp guard, one of many Poles who seek revenge for their war suffering. Initially the man has noble intentions – he would like to help Ania escape and marry her – but each subsequent day in the camp changes him into a human beast, not dissimilar to the ones that recently vanished.
Original title: Zgoda
Director: Maciej Sobieszczański
Cinematographer: Valentyn Vasyanovych 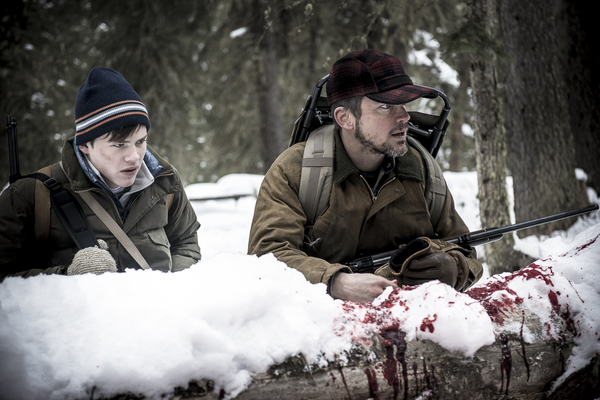 A 14-year-old boy from Texas leaves his mother and his cosy home to travel to Montana and spend some quality time with his estranged father on a ranch at the base of a majestic mountain range. The boy makes the trip every year, yet this visit will be special. Both men come from completely different worlds, but they set out on a journey which is supposed to end with the son’s rite-of-passage – killing a moose in its natural habitat, just like his father and granddad did years before. Though he’s a city boy who prefers video games to sports, he agrees to endure the rigour imposed by his father, who has lived close to nature for most of his life. Little does the boy know that during this journey not only will he find common ground with his father, but also understand the true nature of this enigmatic, coarse, and recluse man. And this is something that his friends in Texas, disappearing into their beloved virtual worlds day after day, will probably never experience.
Directors: Alex Smith, Andrew J. Smith
Cinematographer: Todd McMullen 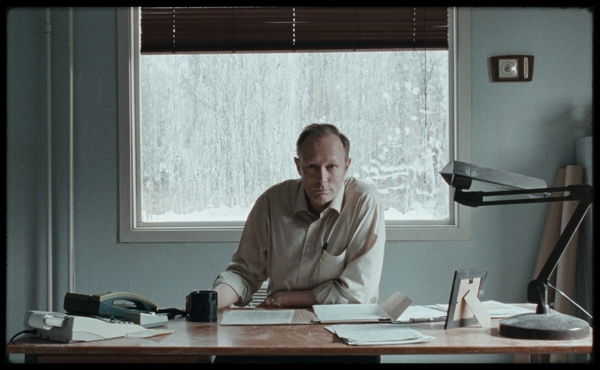 Two brothers live in a mining community in the middle of a snow-covered forest somewhere on the edge of Western civilisation. Their life is filled with the hard work of a Danish limestone mine. Day after day they go down into the Earth’s rocky bowels with a group of similarly rough men. There in the darkness lit only by their headlamps, they do their tedious labour and provide new material for the nearby limestone plant. They endure the rigours of this lifestyle through their camaraderie, but also the little pleasures of everyday life. For some of them this means hard liquor that sets both the stomach and imagination on fire, for others it is enough to fantasise about being better versions of themselves, whether in bed with a woman or in the woods with a military rifle. One day, when one of the brothers is ostracised by the group, a tragedy begins to unfold, setting in motion events that will put to the test all the relationships in this world at the world’s end.
Original title: Vinterbrødre
Polish title: Zimowi bracia
Director: Hlynur Pálmason
Cinematographer: Maria von Hausswolff