We present the line-up of our this year's First Look - TV Pilots Competition. Cinematographers of ten television projects will compete for the festival's prize. 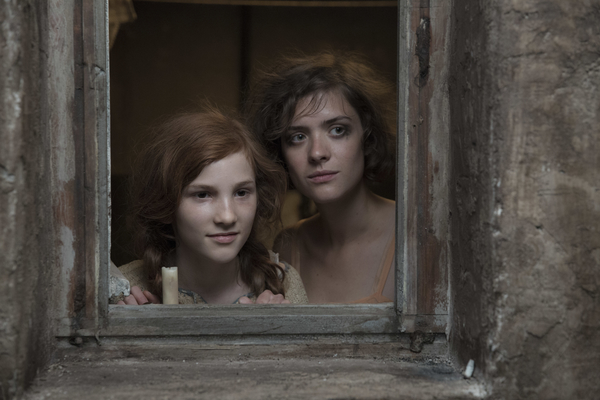 Berlin, the Golden Twenties – a period of extraordinary prosperity for the young Weimar Republic, but soon to become the epicentre of bitterness and anger about how the world has turned out. The city is the best possible example of post-war Germany’s class and social divisions, and the changes are increasingly being felt. For some, Berlin seems like an ocean of opportunities, while others can barely make ends meet, struggling to earn their daily bread. In the middle of it all is a young police inspector, one of Cologne’s finest, who is pursuing a mafia-run organisation that deals in the creation and distribution of pornographic content. He is accompanied by an old detective who has seen more than his share of bad beef, as well as a young female stenotypist who was raised in extreme poverty. All three will soon discover they have a greater role to play in the making of Germany’s future. There is also a mysterious train heading towards Berlin from Bolshevik Russia. The hurricane of change is on its way.
Directors: Henk Handloegten, Tom Tykwer, Achim von Borries
Cinematographers: Bernd Fischer, Frank Griebe, Philipp Haberlandt 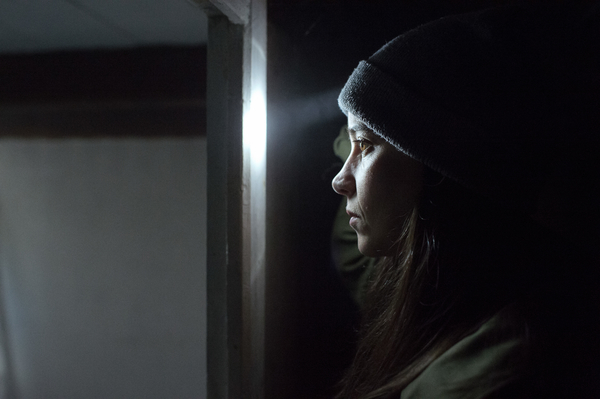 Villefranche. A small bordertown lost in the heart of a large forest which makes any phone call hazardous. A place like no other, increasingly deserted by its inhabitants while crime rate is six times higher than elsewhere in the area. Besides that, everything is fine. The urban, awkward and newly appointed prosecutor of the district, Frank Siriani, decides to settle in Villefranche to figure out the phenomenon. He meets with Major Laurène Weiss, the native and locally known « Sheriff » of the territory. This single mother, loudmouth and strangely connected to the forest, solves criminal cases with the help of her unusual team. Each new crime makes Laurène sink deeper and deeper into secrets of the area, and encourages her to resolve the mystery that always obsessed her: her own kidnapping twenty years ago.
Original title: Zone Blanche: Quand On Arrive En Ville
Director: Thierry Poiraud, Julien Despaux
Cinematographer: Christophe Nuyens 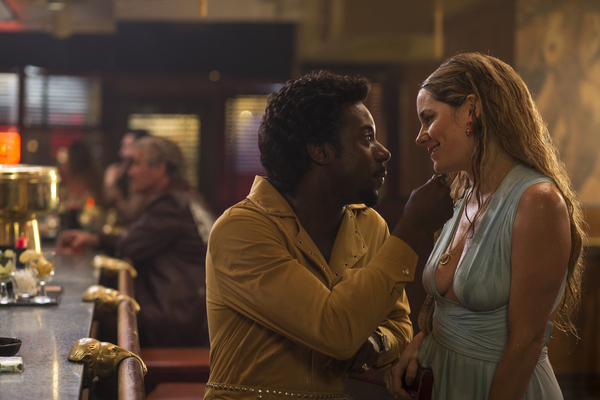 "The Deuce", prod. HBO
A bartender, a gambler, and a prostitute strive for money, love, hope, and happiness on the dirty streets, in the dark rooms, and in the barely prospering joints of 1970s New York. Our first protagonist is in an unhappy marriage and realises that hard work will not make him successful in the growing city of sin. The second protagonist, the first’s twin brother, has built up a large debt and is on his way to self-destruction. The third protagonist, a single mother who decides to earn money on her own without a pimp to take her profits, slowly loses hope of at least a somewhat brighter future. In the intervals between working their asses off and wondering whether their lives have any meaning, the characters dream their faded American Dreams together with the cops, criminals, prostitutes, students, pimps, and others who make up the social fabric of New York City. Soon the protagonists will become involved in the porn business, forever changing the course of American history.
Polish title: Kroniki Times Square: Pilot
Director: Michelle MacLaren
Cinematographer: Pepe Avila del Pino 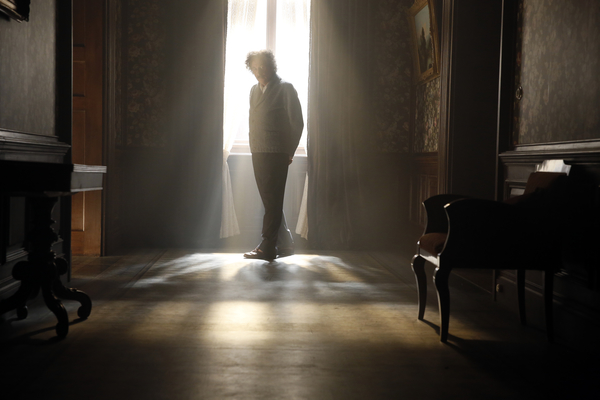 Albert Einstein – physicist, scientist, Nobel Prize laureate, genius – the man whose work allowed the human species to push the limits of knowledge. Albert Einstein, the devoted husband, consummate aesthete, admirer of beautiful women, lifelong enemy of monogamy; the man who believed both in the power of the mind and the pleasure of the body. Albert Einstein, the intellectual, humanist, quick-witted, golden-mouthed lecturer – the man who presented his theories on the illusion of time to students with panache, even though he knew that what he was saying was subversive. This is a tale of Einstein, his accomplishments, romances, experiences, and the many shades of his mercurial nature. It begins, however, with the killing of a high-ranking officer in the Weimar Republic, brutally shot by young and angry men who hate Jews and desire a different future for their beloved Germany. Soon they will assume power in Berlin and other important centres of culture and science. People like Einstein will have to choose sides.
Polish title: Geniusz: Odcinek 1
Director: Ron Howard
Cinematographer: Mathias Herndl 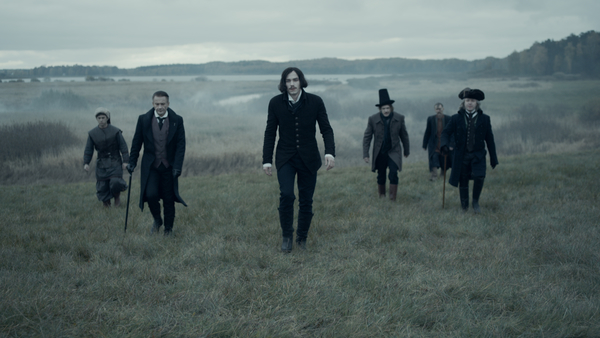 Nikolai Gogol was truly a great artist. A writer, poet, playwright, satirist, commentator, his influence on the world’s culture and literature cannot be overstated. This is not, however, a series about him – or rather not about the real Gogol – but a slightly heightened version of the man. It is 1829, living in the Russian Empire is no picnic, and the 20-something police clerk Gogol is not doing too well. He would like to write, create, commit his thoughts to paper, but no one seems to care about his passion. To make matters worse, the man suffers from violent seizures, especially when visiting crime scenes where he is supposed to record the progress of an investigation. Everything changes when he meets a legendary Russian detective who realises that Gogol is not going crazy, but has a special gift – his visions can be of great aid in catching even the most impudent lawbreakers. The men partner up and go to a small village at the end of the known world to face a series of ritualistic murders, and… the Devil himself?
Original title: Гоголь: Гоголь
Director: Egor Baranov
Cinematographer: Sergey Trofimov 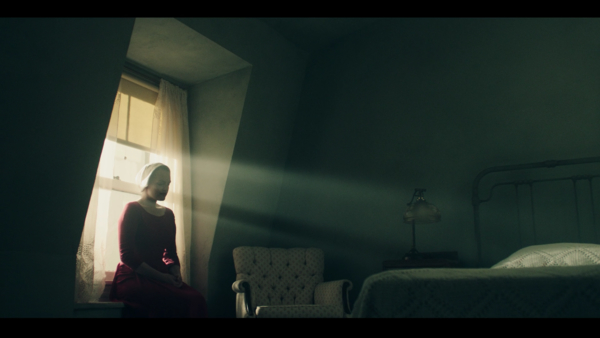 Not so long ago, or at least not long enough for one’s memories to be erased by the nightmares of the present, Offred had a loving family, a promising job, and a life that was far from perfect but completely her own. Now that the United States has been annihilated by its growing decadence and environmental disasters, giving rise to the nation of Gilead, she has control over nothing. Offred has become an object, something to be passed around and sexually abused at will, something that can be forced to do things that a couple of years back no one would have even wished on their worst enemy. The new society has become divided in many different ways, but the most striking is the complete submission of women, effectively making them a caste of subhumans without any rights. We see dozens of ways in which decision-makers and those in power manipulate people and impose their will. And we wonder whether someone – perhaps Offred if she accepts the risk – will be able to change the world once more.
Polish title: Opowieść podręcznej: Offred
Director: Reed Morano
Cinematographer: Colin Watkinson 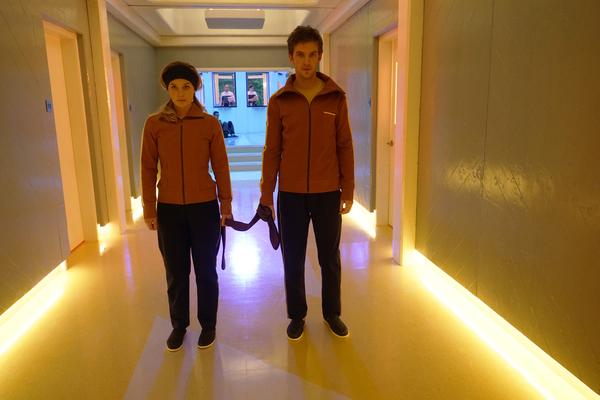 David seemed like a pretty normal boy. On the one hand, an ambitious and competitive kid who wanted to win sport trophies and awards more than anything; on the other, a troublemaker who enjoyed turning chemistry classes into showcases of destruction. At first, nobody suspected him of suffering from a mental illness, but in the end he was diagnosed with schizophrenia. This was the beginning of the pills, depression, suicide attempts, and more. We meet David at a psychiatric hospital, where his broken mind’s inability to distinguish between reality and fiction don’t have to worry him. But one day everything changes. The boy, who for his entire life has been led to believe he is mentally unstable, discovers that his visions are real. He seems to have a gift that may change the course of history. But before David learns to harness his powers, he will have to harden himself to the surrounding madness of the psychiatric hospital’s numerous residents. It would be absurd to go the easy way now…
Polish title: Legion: Rozdział 1
Director: Noah Hawley
Cinematographer: Dana Gonzales 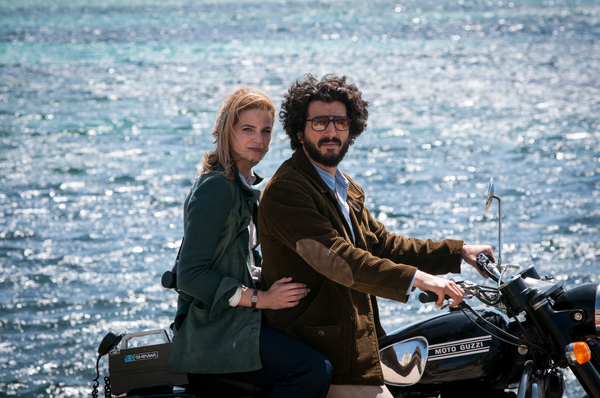 Some childhood friendships become a source of pain and suffering when we try to return to them after many years, as the nostalgia for simpler times is no match for the cynicism of the adult world. Police Inspector Dario Maltese returns to his Sicilian hometown after years of absence to solve the mystery of his former best friend’s death. He suspects foul play by the mafia, who are able to taint even the most innocent town with their dealings, but there is evidence that it might have been a crime of passion. There was definitely a mysterious woman involved. On top of that, the inspector feels increasingly alienated – even his former companions don’t seem to accept him. Can he solve the case and bring the murderer to justice? Or maybe it was Maltese’s long absence that was at least partly responsible for his friend’s untimely death? The inspector begins an investigation that will lead him to ask many unpleasant questions and get answers he would never have wanted. 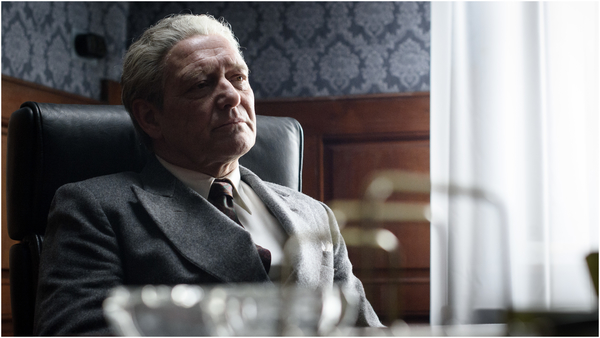 Matthias Meyer was one of the people who managed to survive the Holocaust and who did not lose hope and sense during the world’s subsequent struggle to understand the survivors’ soul-crushing experiences. The man could have been a brilliant violinist, but during his time in a concentration camp he was treated like a miserable animal and lost his passion. After his liberation he rose like a phoenix from the ashes, and spent the following decades establishing and developing a family-run legal firm. At the same time, he started a powerful dynasty with a great deal of influence in the Netherlands. However, in his old age Matthias has realised with great pain that his beloved sons – who were raised in a completely different world, knew no war, no hunger, no sacrifice, and thus could not empathise with their father’s tragic youth – had begun to act and behave in a way contrary to the values he would like to leave behind. The patriarch invites his family to a dinner party so that he can make an important statement. Unfortunately, not everything goes according to plan.
Original title: De Maatschap: De Overlever
Director: Michiel van Jaarsveld
Cinematographer: Ezra Reverda 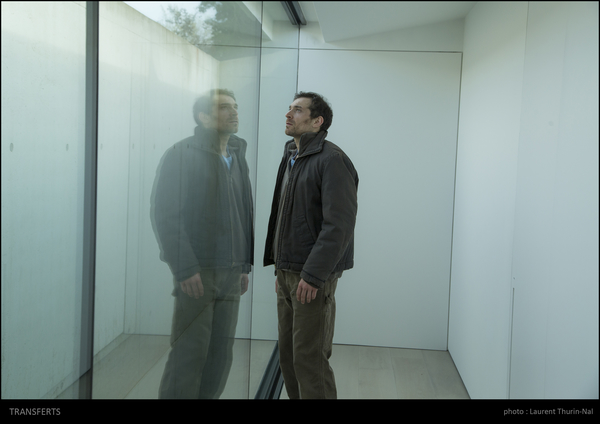 True science fiction deals not so much with the creation of spectacular future worlds as with the analysis of human development within these worlds’ physical, biological, and moral limitations. Here is the setting of the story: a beautiful boat glides through a bay bathed in the afternoon sun. A man looks at his wife and children, smiles, and dives. When he does not surface, his family begins to worry. But it is too late. The same man wakes up five years later in a lab, someone tries to speak to him, explain something to him, but to no avail. The patient is in a state of shock, he cannot think rationally – especially because he sees another body a few metres away… his own body. From this moment on, he will have to live in the body of another man. What’s more, the body’s former owner worked in a unit that chased people who underwent such procedures. But the worst part is the ever-present question: If science can successfully transfer a human’s mind to another body, what exactly does it mean to be a human being?
Original title: Transferts
Director: Antoine Charreyron, Olivier Guignard
Cinematographer: Pascal Lagriffoul