Talent Demo Showcase is a film review of films that were finished with a contribution of Talent Demo consultations. Each year, young filmmakers submit their projects to the program in order to seek advice from professionals and we make their meeting possible. Through Talent Demo Showcase, we want to give these projects a chance to be appreciated by the audience of EnergaCAMERIMAGE. 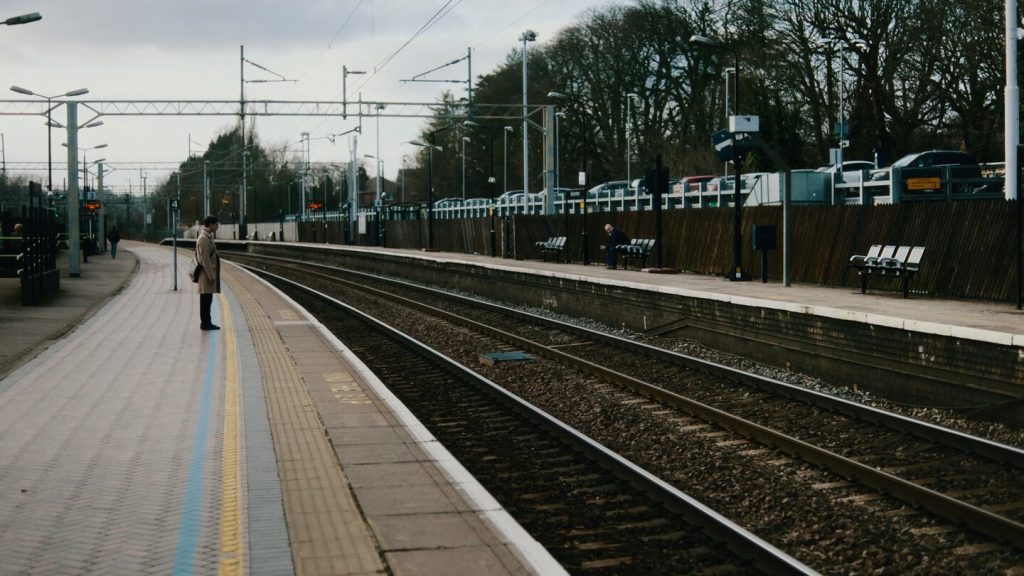 Henry has a secret. He doesn't know how to deal with his relationship, and he has suffered a great loss. How far would you be willing to go to protect the ones you love... even if it was too late?

ANIMUS ANIMALIS (A STORY ABOUT PEOPLE, ANIMALS AND THINGS) 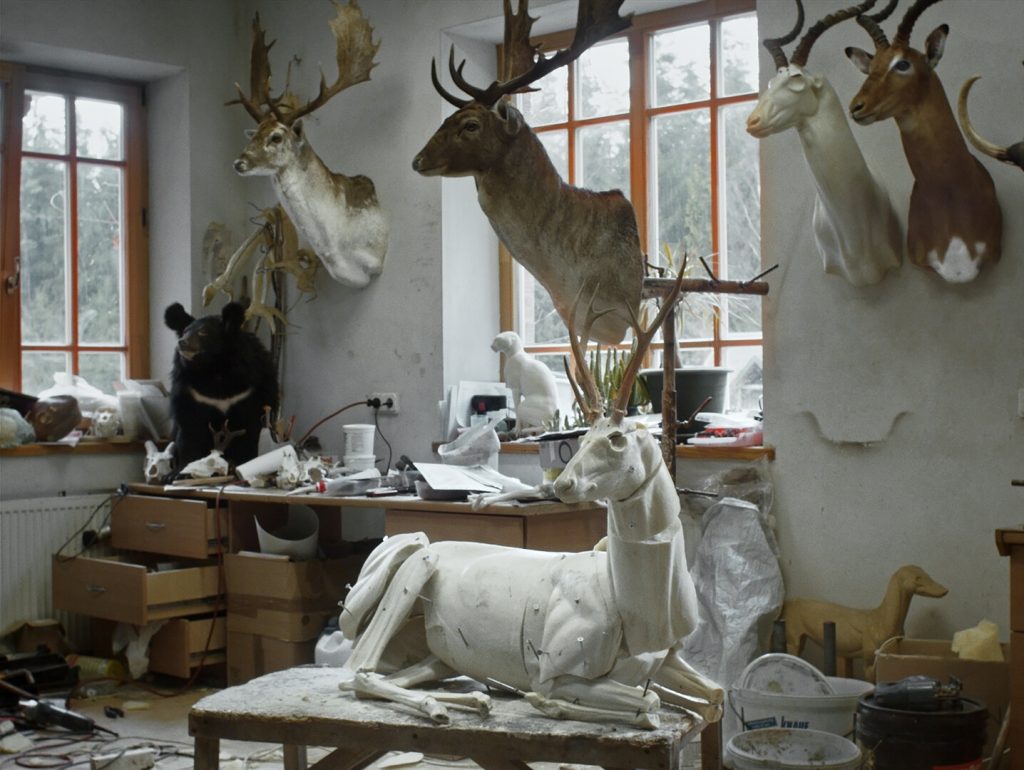 A taxidermist, a deer farmer and an employee of a zoology museum live in an environment where the boundary between reality and man-made artifice has become almost imperceptible. While the dead beasts compete for the most lifelike posture and the most realistic look in their eyes, the human keeps trying to stop the time and restore life to things where it has long been absent from.

DAY I FOUND A GIRL IN THE TRASH, THE 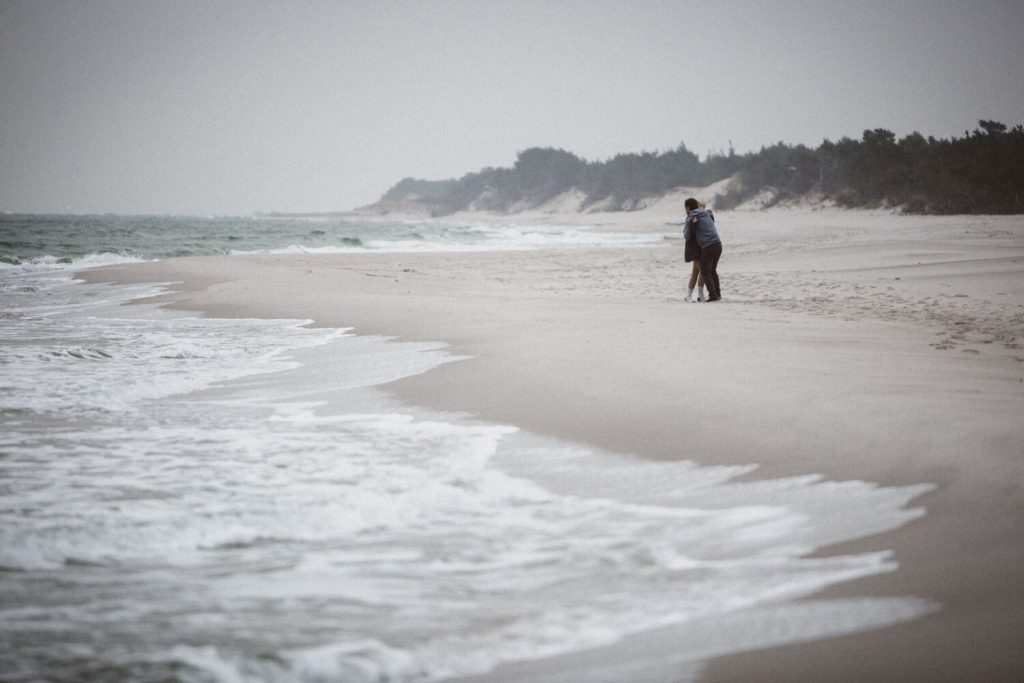 Warsaw, 2028. A former, run-down activist announces that at midnight of the New Year’s Eve he will commit a public suicide online in the act of protest against the newly introduced slavery system in Poland. However, his plan is in question as the day before his planned action he finds an abandoned slave girl and decides to help her to escape the country and regain freedom. 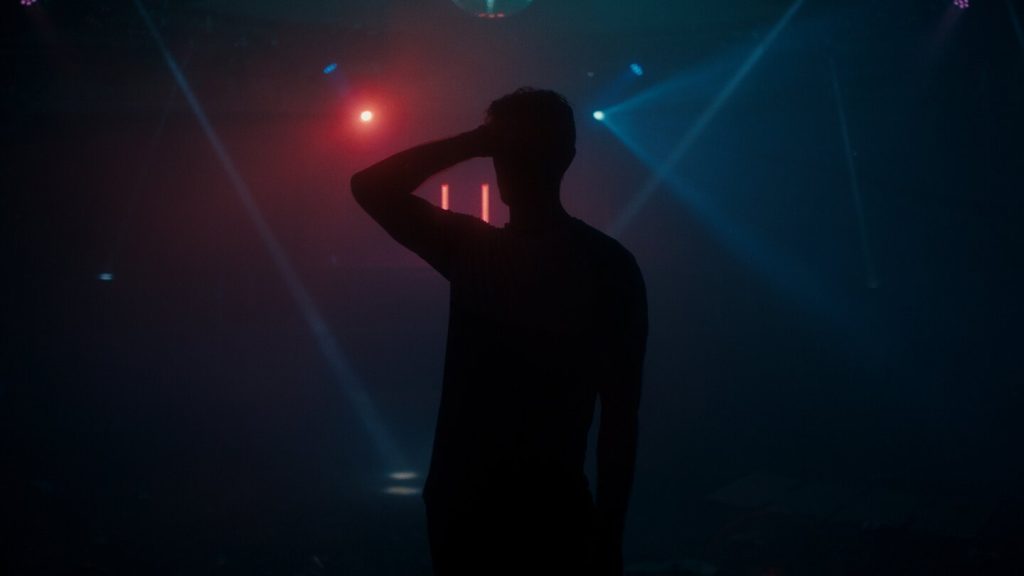 A regular night at the club flips into a deserted alternative reality, but the last dancer must dance the party back to real life.

MAEVE IN THE DARK 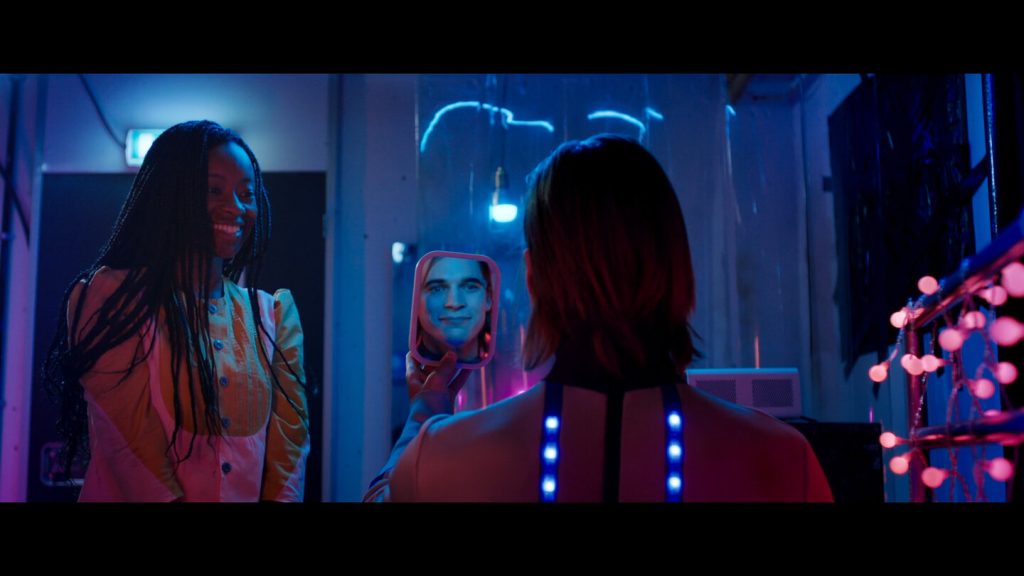 Sexuality and gender norms are explored when a chronically ill teen, confined to a blacked-out room due an acute sunlight allergy and missing out on all adolescent milestones, meets her new AI nurse. 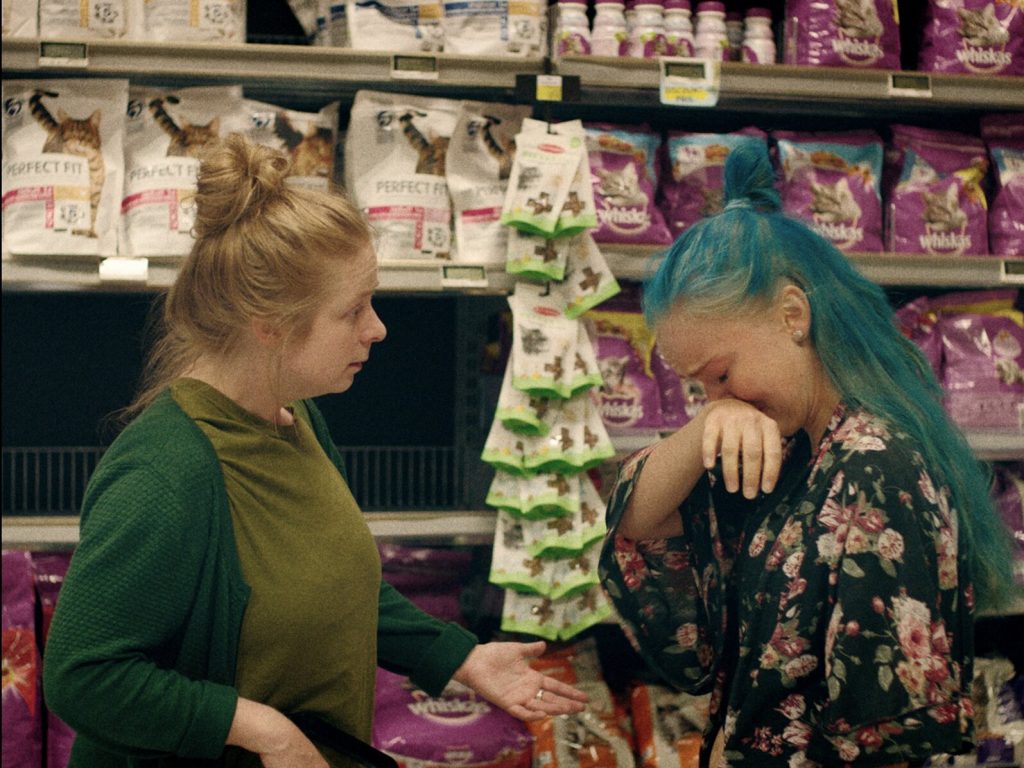 Elinborg accidentally runs into her friend Marita at the grocery store. The conversation is civil yet slightly awkward, as Elinborg has forgotten Marita's birthday. After a timid hug, they both return to their shopping. However, something keeps nagging at Marita, who decides to corner her friend and ask if Elinborg has blocked her on Facebook? Soon the grocery store turns into a nightmarish maze, as Marita desperately tries to find out, why she has “lost a friend”. 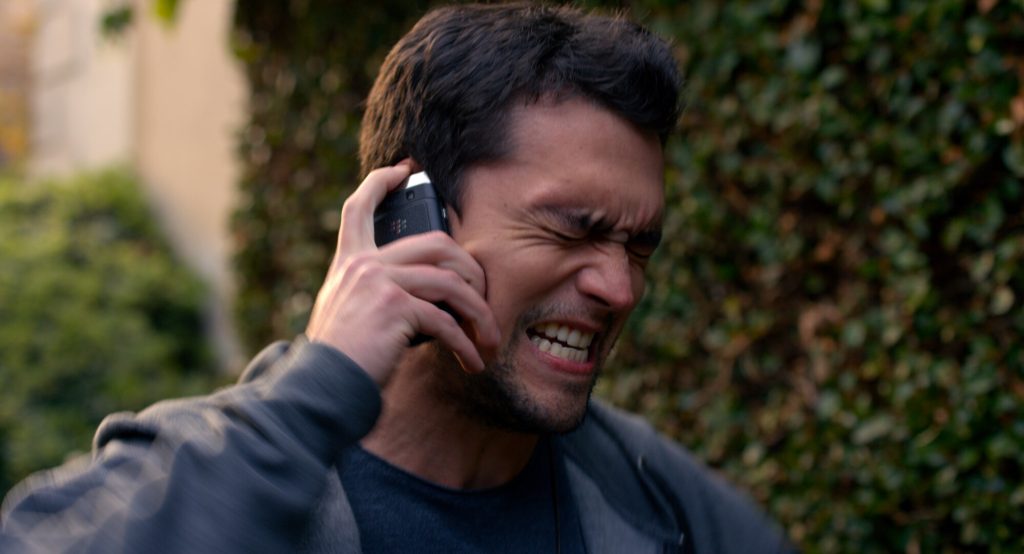 Simón leads a group of student activists into the streets of Venezuela to protest against an authoritarian government that has caused shortages of food and medical supplies across the country. Months later, he finds himself in the United States, where he must decide whether to remain there as a political asylum seeker. Accompanied by his American girlfriend, Melissa, he tries to send medicines back home to his best friend, but the pharmacist informs him that he requires a prescription. 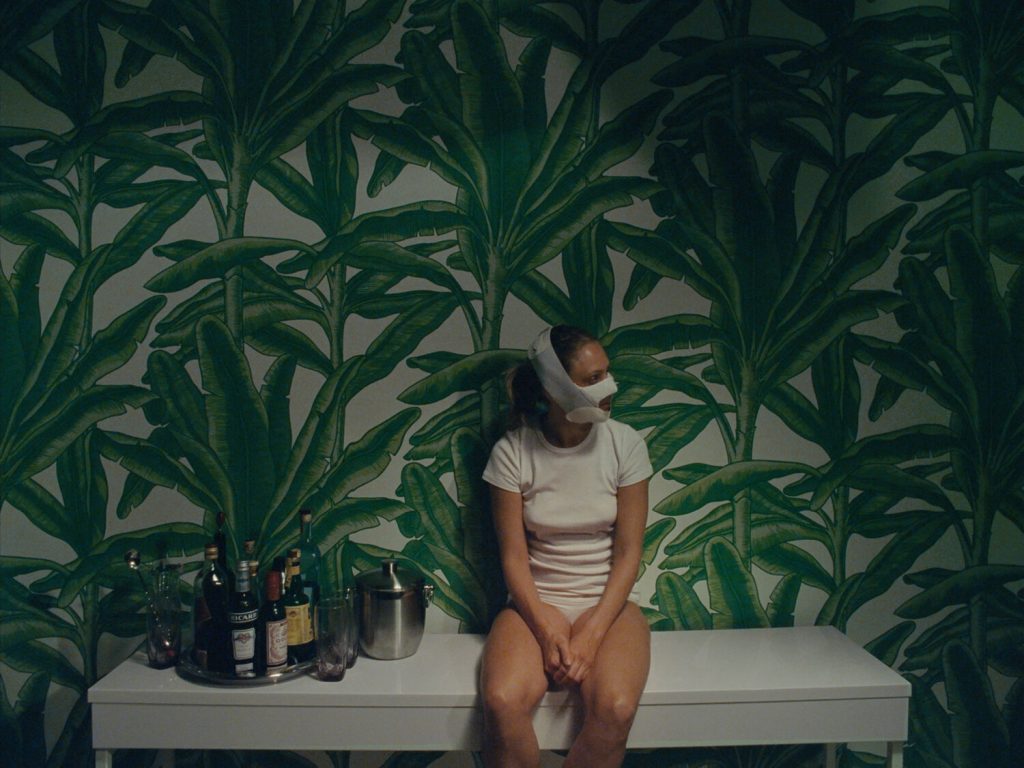 Discharged from the hospital after a partial face transplant, Eva is struck with an intense curiosity about her donor. 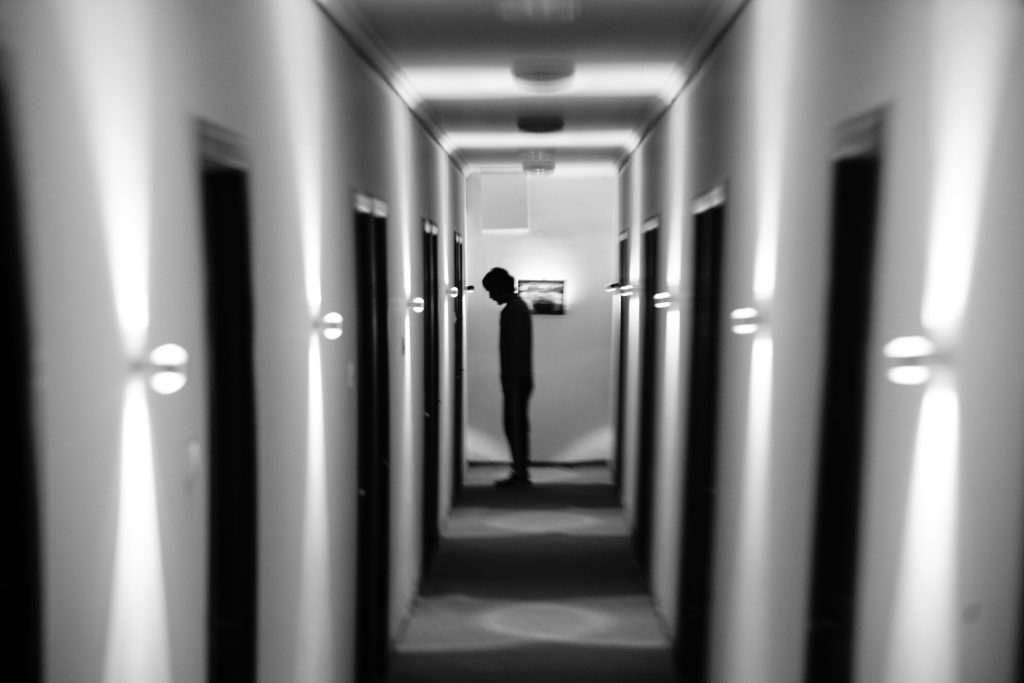 Haunted by his girlfriend's suicide of two years back, screenwriter Ma Li is unable to get over the tragedy and find his direction in life. Ma is commissioned to write the script for an art film called The Man without Colors but is unable to start writing it. Helpless and distraught, Ma decides to visit Wei Hai, the city in which the script is set, to find inspiration. During his ten days in Wei Hai, Ma encounters a flirtatious divorced woman and a 15-year-old boy who identifies as a woman.

WHEN SHE COMES AROUND 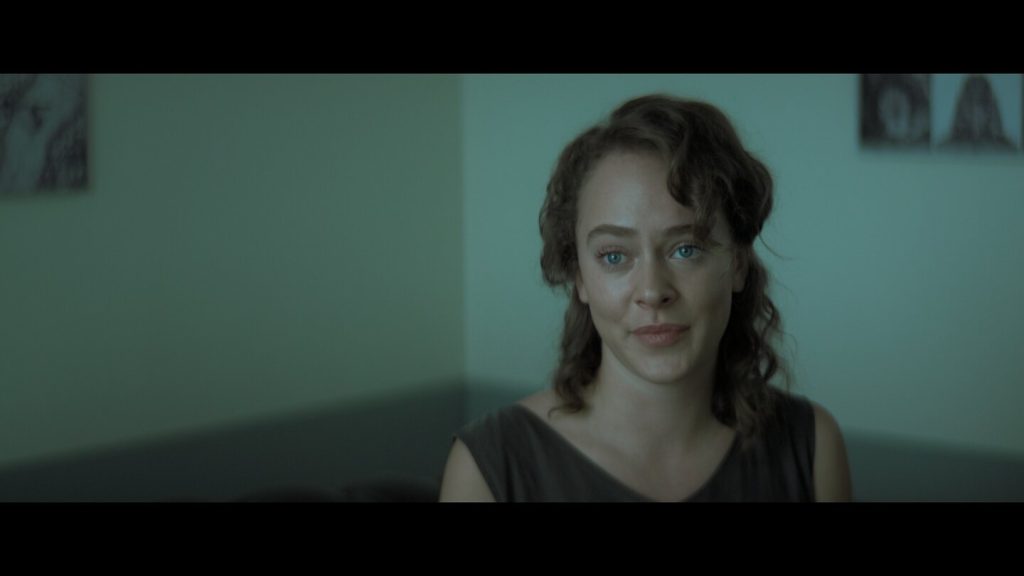 Maxim is an office clerk. One day he becomes a witness to a car accident. The injured girl experiences clinical death, which lasts 4 minutes. After her "return", Maxim's life changes dramatically: all his dreams come true with the help of a mysterious gift from the girl. How far will Maxim's desires lead him?