It is our distinct pleasure to announce that the second opening feature of the 25th anniversary edition of the International Film Festival of the Art of Cinematography CAMERIMAGE will be Downsizing, directed by Alexander Payne and with cinematography by Phedon Papamichael. The special screening will be a part of the grand Opening Gala, and will be introduced by Phedon Papamichael.

A social satire in which a guy realizes he would have a better life if he were to shrink himself. The film stars Matt Damon and Kristen Wiig, with Christoph Waltz, Jason Sudeikis, Hong Chau and Udo Kier in supporting roles. 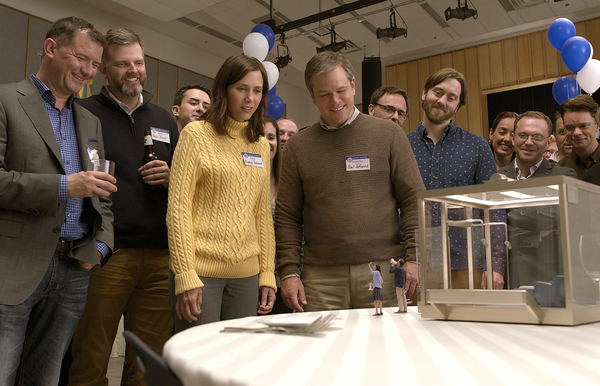 The premiere Camerimage screening will be held on 11th November in Opera Nova's Main Screening Room in Bydgoszcz and will be a part of Camerimage 2017 Opening Gala, to which you need an invitation. However, subject to availability of free seats, we will admit holders of festival passes. Downsizing will have its Polish theatrical release on 12th January 2018. Polish distributor: United International Pictures Sp. z o. o.