We announce the Special Screenings of the 27th edition of EnergaCAMERIMAGE Film Festival. 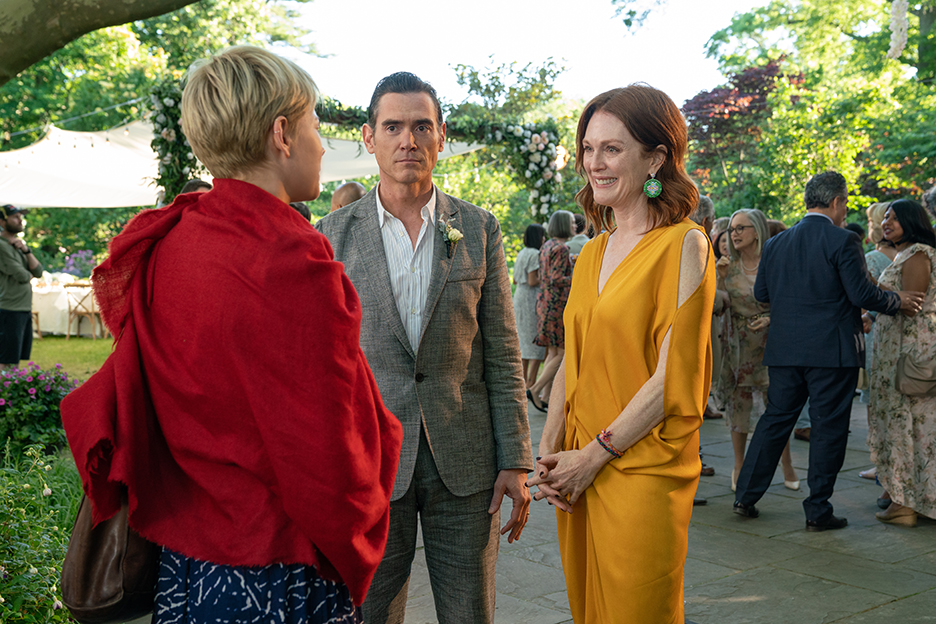 Isabel, an American humanitarian, travels from Kolkata to New York to meet with wealthy philanthropist Theresa Young, who claims that she has every intention to present her Indian orphanage with a sizeable donation. After Isabel’s arrival, however, it turns out that nothing is as it seemed, and it is all a part of some mad game with a set of rules that changes from day to day. What is more, it is a game that is connected to traumatic occurrences from Isabel’s youth that were crucial in her decision to leave America in the first place, while looking for simplicity and honesty. It is a game in which the style of playing is much more important than who plays it. 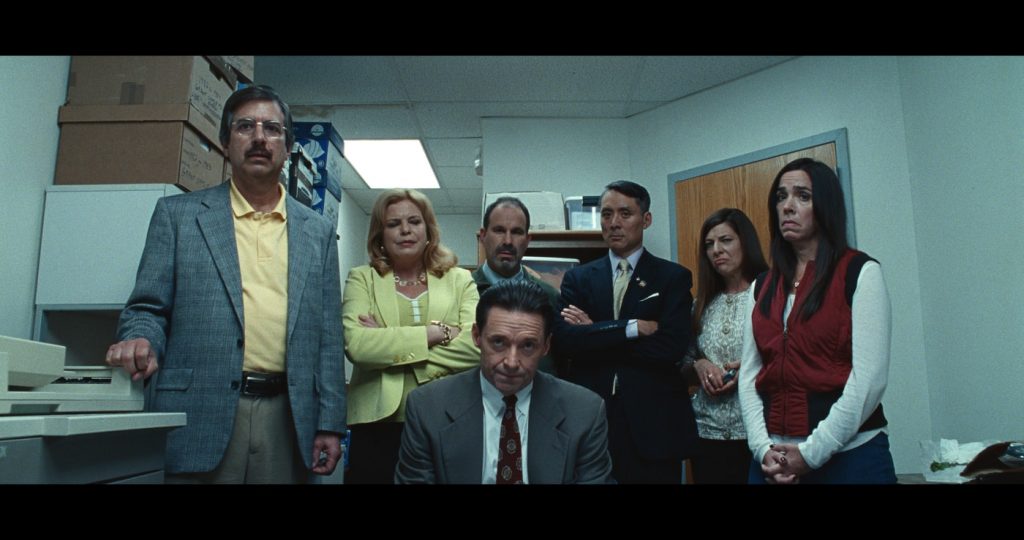 It is woefully easy to forget oneself in the process of reaching one’s dreams, mainly because it is not that hard for an ambitious and persistent person to cover up failures under new excuses. Throughout his entire life, Frank Tassone was considered a promoter of beautiful ideas, a reformer of the school system, a wonderful educator who knew how to inspire young people to conquer their fears. When it turns out that, under this elegant mask, there hides a duplicitous man capable of immoral actions, we get to know not only Frank’s true self, but also the real face of the community of wealthy over-achievers that made him who he ultimately became. 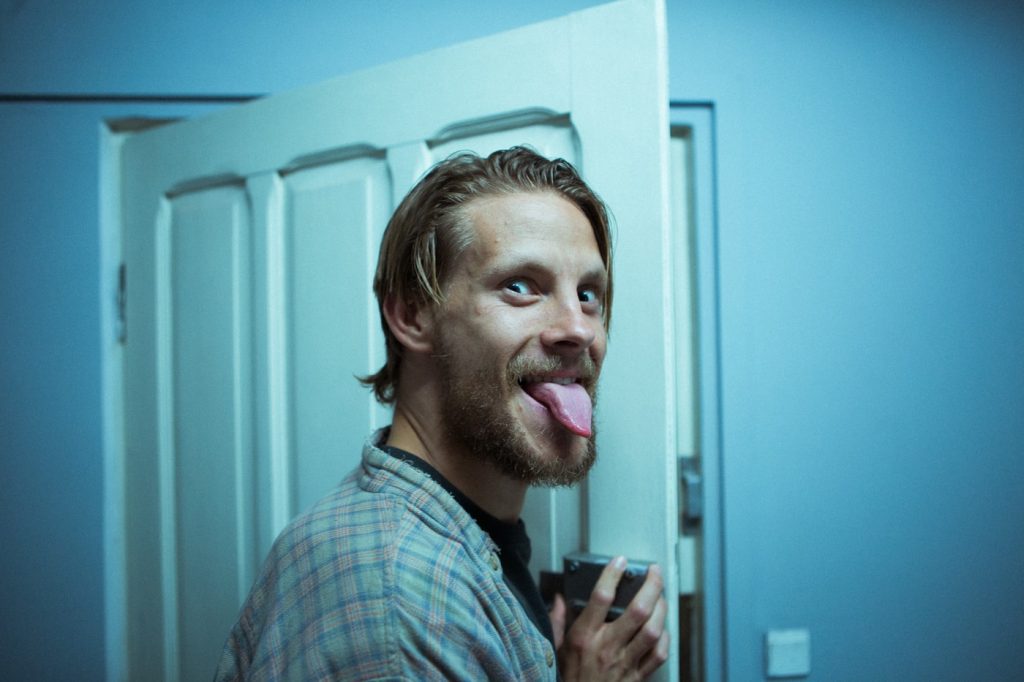 Two high-school teachers: Ludwik, a history educator, and Marian, an unsuccessful writer who gives lessons in Polish language; Józef, a composer and Marian's brother, and his girlfriend Ania, a bank manager and his pregnant wife… Each one of them, together with many others, constitutes the group of main characters appearing in Bird Talk – an important, original picture by Xawery Żuławski. The film-maker based the narrative on a screenplay written by his father and world-famous director Andrzej Żuławski, who passed away three years ago. Set in present-day Poland, the movie cannot be easily described. It’s a potent mixture of diverse episodes, which establish a vivid image of a country haunted by the return of nationalism. They’re all masterfully blended with the youthful cinematographic prowess of 80-year-old Andrzej J. Jaroszewicz, Andrzej Żuławski’s frequent work partner. 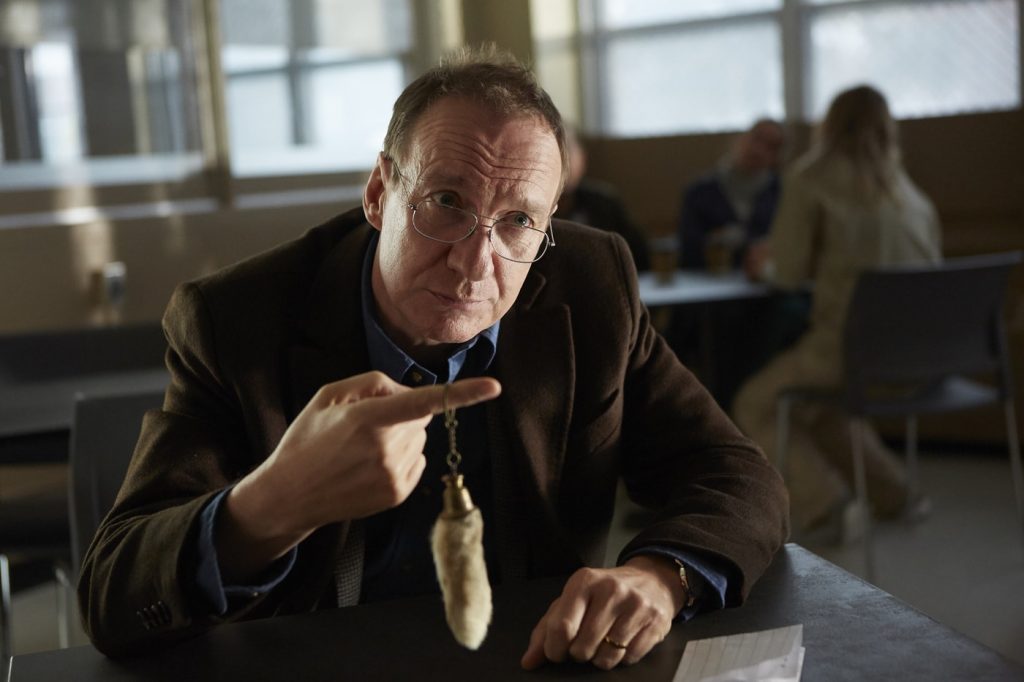 Frustrated with his life and the many personal failures he has experienced throughout the years, restaurant health inspector Jim Davis is more than happy to bring his judgement on every place he visits- about how they aren’t up to standard in preparing and serving food. At the same time, he cannot grasp why his beloved daughter serves time for sexual misconduct with a minor. Years later, Veronica Davis tries to shed some light on who her recently deceased father really was, under the many masks she knew, and some she didn’t know of. The viewer observes their complex relationship over many decades, while each subsequent minute brings together new pieces of the puzzle. 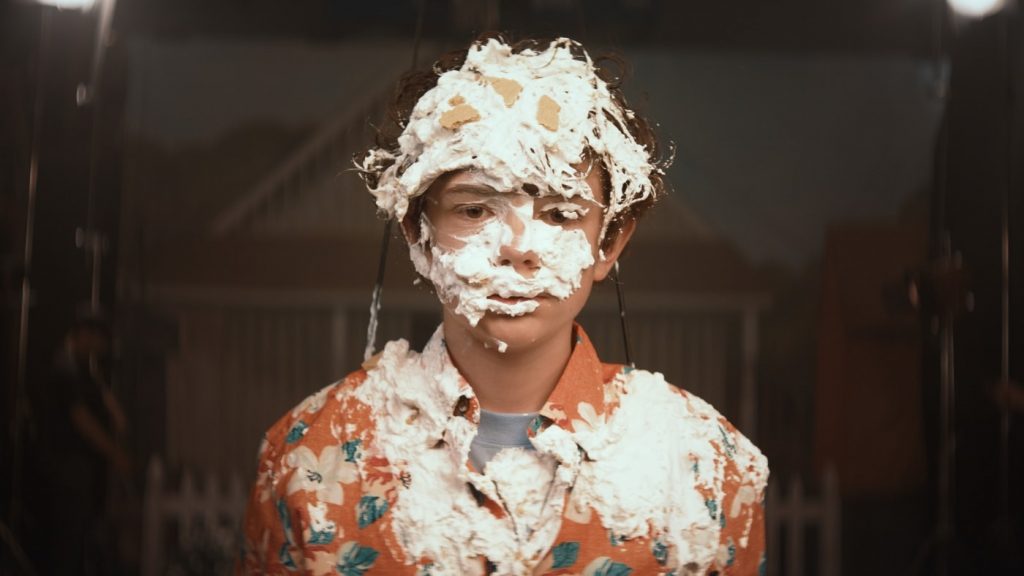 Celebrity status and international recognition often make us forget that this glamorous star is nothing more than an ordinary human being, with a somewhat different story to tell and, quite frequently, various demons to cope with. Such is the case of Otis, whose problems we observe on two timelines – while he is still a child actor, and a decade-older, as a young star. The first Otis is still innocent, but already becoming a jaded human being because of his toxic failure of a father. The second Otis abuses alcohol and is on the path to becoming a slightly modified version of his parent. To enjoy the present, the protagonist will have to confront his traumatic past.

Contemporary Paris is not only a multicultural and multi-ethnic European capital, but also a city of numerous extremes that, once in a while, lead to violence. When young idealist Stéphane joins the street-crime unit, no one suspects that this time there will be a truly volcanic eruption of aggression and brutality. Taking a stand against his cynical commanding officer, trying to understand the world of double standards surrounding him, Stéphane enters something akin to hell on Earth. The cheers of joy that erupted after France had won the World Cup in 2018 become a very distant memory, one which seemed almost an exception to the rule. 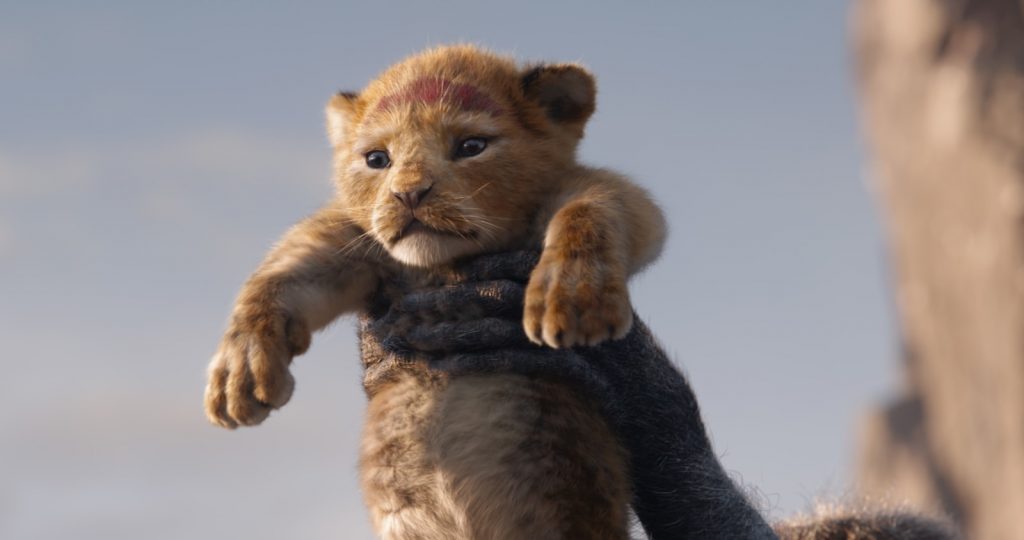 Disney’s The Lion King, directed by Jon Favreau, journeys to the African savanna where a future king is born. Simba idolizes his father, King Mufasa, and takes to heart his own royal destiny. But not everyone in the kingdom celebrates the new cub’s arrival. Scar, Mufasa’s brother—and former heir to the throne—has plans of his own. The battle for Pride Rock is ravaged with betrayal, tragedy and drama, ultimately resulting in Simba’s exile. With help from a curious pair of newfound friends, Simba will have to figure out how to grow up and take back what is rightfully his.

ONCE UPON A TIME ... IN HOLLYWOOD

Los Angeles, 1969. Former TV-star Rick Dalton has lost his way, and does not know how to cope with modern times and their new type of audience. He desperately tries to save his career with the help of his long-time friend and stunt double Cliff Booth. The Golden Age of Hollywood is unfortunately becoming a thing of the past, and what comes next will be cruel for people like Rick and Cliff. There are many agents of that change, including colourful hippies fuelled by unknown motivations and young starlets with whom the whole of America falls in love- like the actress Sharon Tate, who moves with her husband, director Roman Polański, to a house near Dalton. 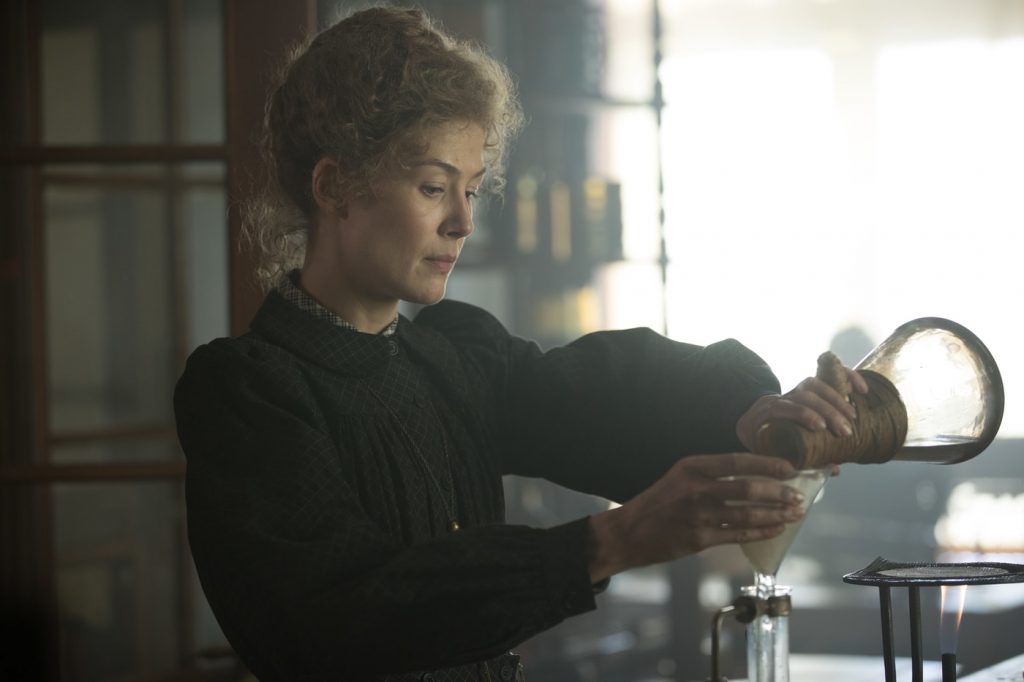 This is the story of Maria Skłodowska-Curie and her husband, Pierre Curie, whose discoveries started a revolution in the field of science and forever changed the way in which we perceive everything that surrounds us, both visible and invisible. They scientifically proved the existence of two previously unknown chemical elements, Polonium and Radium, and also changed the status of women within the scientific community. The film depicts these events in a non-linear fashion, while also showing how Skłodowska-Curie’s work influenced the whole 20th century – how her devotion saved numerous lives on the battlefields of World War I, and how her and her husband’s trail-blazing findings led to novel methods of fighting cancer.

SONG OF NAMES, THE 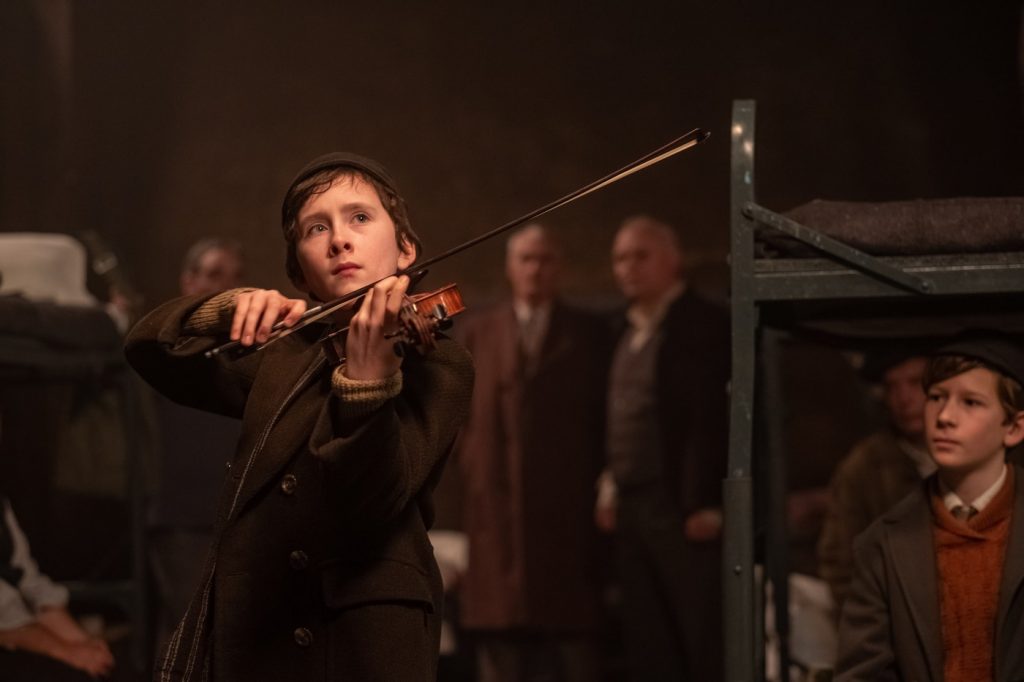 World War II is looming over Europe. Tensions arise in Warsaw. A young Jewish boy with an unquestionable talent for playing the violin is sent to live with a host family in London, and thus narrowly escapes the horror of what happened next. The young survivor seems to adjust to his new reality quite smoothly, while his musical abilities grow exponentially. However, when the time comes to present them to the world, the already-matured boy vanishes into thin air. Several decades later, his once best friend accidentally finds a clue to his whereabouts, and goes on an emotional journey that will change his life forever. 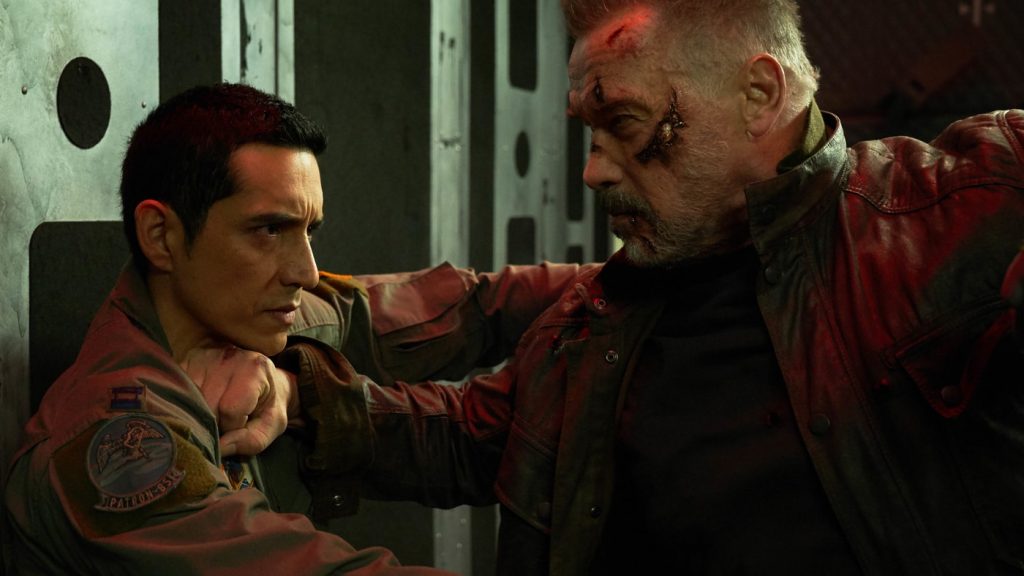 Almost three decades after the release of the ground-breaking Terminator 2: Judgement Day, the audience will get to know what happened to Sarah Connor. The legendary warrior, who was nearly killed by the liquid monster T-1000, will once again have to face the blood-thirsty and technologically advanced Terminator sent from the future, not only to survive and protect her loved ones, but also to increase humanity’s hope for preventing the apocalypse. Dark Fate is a direct follow-up to the events from Judgement Day, and it will include the original list of characters, from the steadfast T-800 model to Sarah’s son, John Connor.

Sheriff Woody, space-ranger Buzz Lightyear, and the rest of the gang return in the peak of their animated glory to serve their new owner, radiant little girl Bonnie. The idyllic times soon end, however, when the girl goes to kindergarten. She starts to neglect the toys she once loved, and creates her new best friend, Forky, from a spork. Being a grotesque, melancholic creature, Forky begins his life with an existential crisis and does not seem to cope with reality. Woody and the other veteran toys go on an epic adventure to make their new buddy a bit more cheerful, for there is nothing more joyful than a toy that feels wanted.

People day by day find themselves caught in the traps they have set for themselves are not able to break the vicious circle of repeating the same mistakes. Or rather, they don’t want to. Howard Ratner is a New York-based jewellery dealer who definitely belongs to the second group. Arrogant, hectic, provocative, he exemplifies the worst in his beloved world of vulgar promises and an unsatisfying income. One transaction follows another, the money changes its owner all the time, while the creditors are furious with all the excuses they hear. However, when it seems that Howard has crossed one line too many, the guy always finds a way to stay on top.

VALLEY OF THE GODS

The United States of America is a country filled with overblown mythology, and thousands of interesting tales that need to be told. Three stories depicted in the film present the US, as they are rarely seen on the big screen. The first one relates to the plight of the indigenous Navajo people, barely managing to make ends meet. The second one is about the wealthiest man in the world, who still tries to exploit the Navajo, but is not able to buy himself happiness. Finally, the third concerns the biographer of the aforementioned rich man, trying to understand the people who prefer to lock themselves in the gilded cages of illusions rather than to help other human beings.