WE ANNOUNCE THE RECIPIENT OF THE LIFETIME ACHIEVEMENT AWARD FOR DIRECTING

Since the first edition in 1993 the International Film Festival EnergaCAMERIMAGE has put an emphasis not only on the art of cinematography, quite often invisible and yet essential to each and every film, but also on the directors’ efficiency in using the language of cinema to tell evocative and original stories. In having a dialogue with the viewers through images, staging, metaphors, symbols, colours, nonverbal suggestions – all of them tools that give countless creative possibilities to filmmakers who are willing to use them to make powerful pieces of art. We are proud to announce that during the upcoming 27th edition of EnergaCAMERIMAGE (9-16 Nov.) we will honour such an artist with Lifetime Achievement Award for Directing. Peter Greenaway is a filmmaker who has crossed the borders of the medium many times to tell visually riveting stories and created a recognizable style with which he was able to, time and again, surprise those viewers who appreciate ambitious and demanding films. 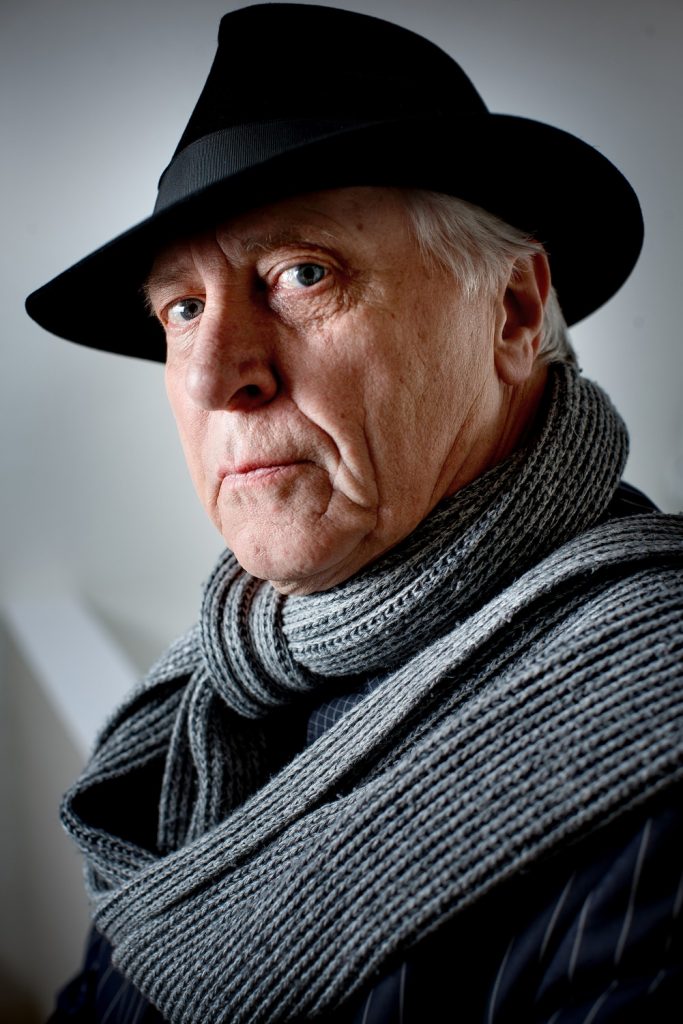 Greenaway thinks with images, both moving and static as his first and only true love was always painting, especially the immortal works of the masters of the Renaissance and the Baroque. This passion of his is quite crucial to understanding all of his cinematic and other projects, for they are in part an extension of painting’s aesthetics, expressiveness and multidimensionality. Starting with Train, Tree and other short films that he had shot in the 1960s and the 1970s while working as director and editor in the Central Office of Information, all the way through to his 2015’s feature film Eisenstein in Guanajuato, Greenaway’s works have always been somehow experimental. Utterly complex puzzles of multitudes of meanings, whether involving the eternal struggle between love and death, the curious juxtapositions of carnal pleasures and turpistic poetry of life, or the ways how the world of manmade angles and structures permeates the world of natural patterns. Though the films of the British director rarely have traditional plots and narratives, Greenaway’s erudite cinema is full of fascinating issues and ideas – like Darwinism in A Zed & Two Noughts or an artist’s responsibility towards art in The Belly of an Architect – filtered through his limitless imagination. 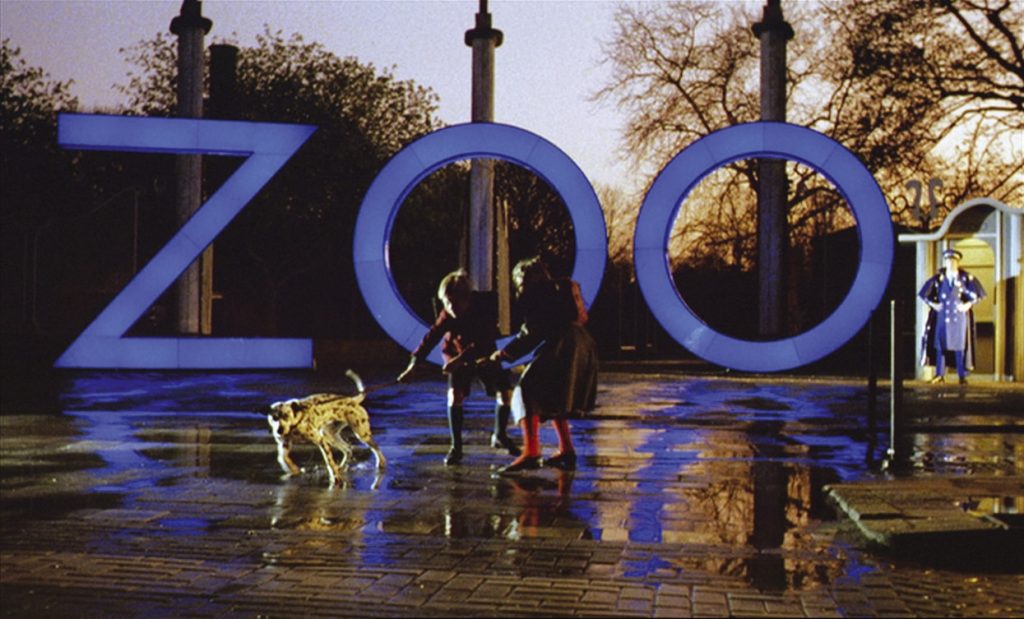 Still from "A Zed & Two Noughts" 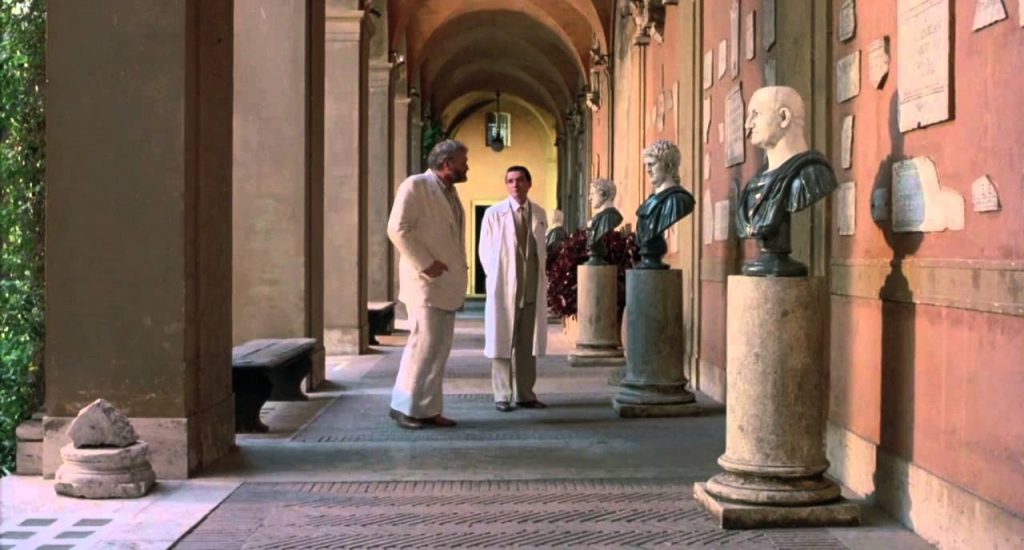 Still from "The Belly of an Architect"

With his films, Greenaway poses a challenge to each and every viewer – firstly, find your own way to this labirynthine world I have created for you, and then start decoding its multiple meanings. The director does not support it with conventional narrative or visual signposts, but rather leaves it to the viewer’s imagination. Those who love Shakespeare’s The Tempest have a hard time during Prospero’s Books but they leave the screening somewhat confused and yet changed. Those who saw Greenaway’s TV series A TV Dante never looked the same at Dante’s Divine Comedy. And so on. It is important to note, however, that his projects are not adaptations, but rather reimaginations in the fullest sense of the word – something based on something else, though entirely fresh and original in its perspective. In fact, Greenaway is not at all interested in referencing, or mirroring, the reality of the world that surrounds us – he aspires to a meaningful, strictly intellectual dialogue with his audiences. And does that on a level that is unreachable to most of modern filmmakers. 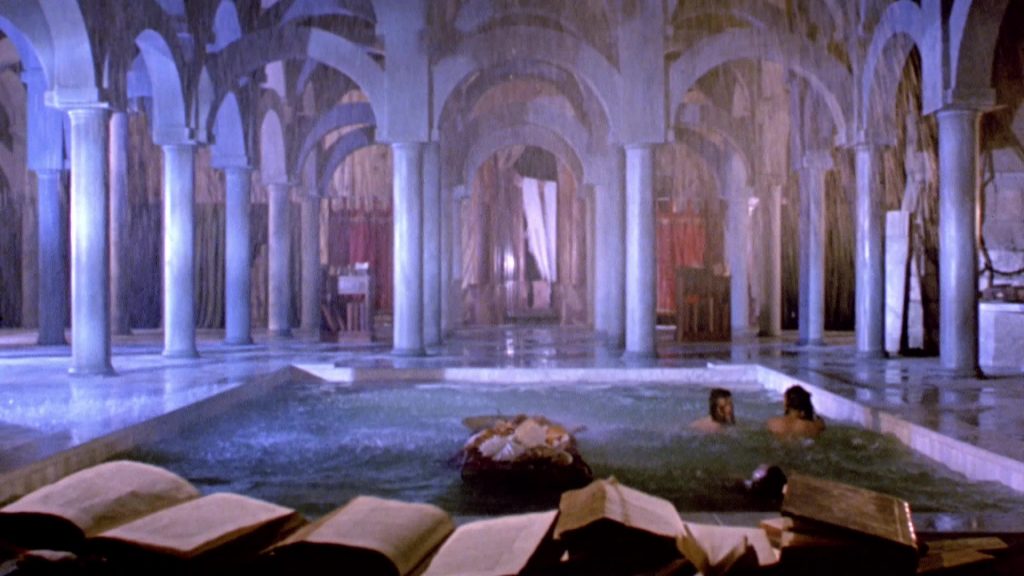 Still from "Eisenstein in Guanajuato"

As it happens, Greenaway does not treat cinema as a medium of truth. For him, films are carefully constructed lies, beautiful and impactful as they are and should be, though in some cases they can lead individuals to discover their own truths. Hence, the artist uses numerous methods and approaches, and he is constantly searching for new ways of expression, like when he began exploring the possibilities of the digital technology years before most of other filmmakers. And although he always cherishes coming back to his beloved master-painters, recently in feature Nightwatching and documentary film Rembrandt’s J’Accuse…!, Greenaway also works in other areas or art – he created his own opera and multimedia installations, he writes books, and even tried being a VJ. Needless to say, everyone should try what Peter Greenaway has to offer. Thus, because we know no words are able to sum up the impact of the works of such a distinguished artist, we would like to invite all the festivalgoers to meet this year’s recipient of Camerimage Lifetime Achievement Award for Directing in Toruń, and listen to what he has to say about art & film, and film & art.