FilmLight recently launched a new event honouring colourists and the art of colour worldwide, with winners due to be celebrated at EnergaCAMERIMAGE 2021 in Poland. The programme has met with spontaneous acclaim. Colourists, renowned cinematographers and directors, and other professionals from the imaging industry across the globe, all support the initiative.

Roberto Schaefer (ASC AIC, Imago), said, “For years I have believed that as cinematographers we need to acknowledge that there is more to creating the best cinematography. The finished product is the work of many talented and artistic individuals who should be recognised in a wide, cross-departmental way. I hope that this will be a beginning.”

FilmLight has started to unveil the panel of industry luminaries who will evaluate the nominees. Renowned filmmakers and representatives of the film industry from all over the world accepted the invitation to participate. The applications sent by the colourists will be assessed by: Danny Cohen, Peter Doyle, Beatriz Pineda, Anthony Dod Mantle, Nicola Daley, Jet Omoshebi and Simon Astbury. 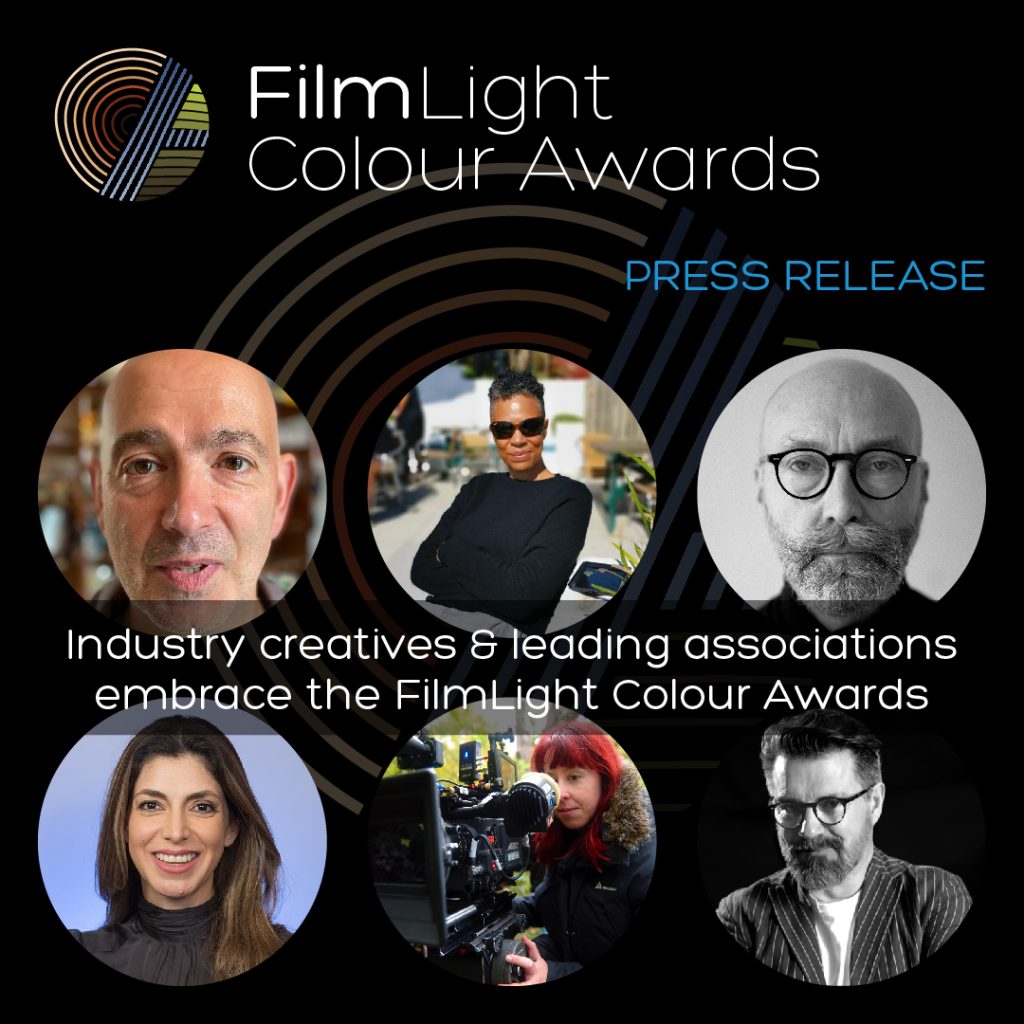 Oscar and BAFTA-nominated cinematographer Danny Cohen brings a unique creative perspective. “How a cinematographer and a colourist work together on a film is key,” said Cohen. “There needs to be a sympathetic understanding of the project as so much hangs on the grading. For a colourist to be able to interpret what a DoP wants and then execute the look is vital.”

Peter Doyle has formed long-term collaborations with DoPs such as Bruno Delbonnel, Seamus McGarvey and Philippe Rousselot, and directors such as Tim Burton, Joe Wright, Guy Ritchie and Peter Jackson. From using custom software to colour grade The Matrix in the ’90s, to commissioning the first of the DI grading packages for The Lord of the Rings in the early 2000s, Peter now works with PostWorks NYC, contributing to the design of a new unified colour ecosystem from rushes through to final deliverables.

Beatriz Pineda is senior director, non-linear distribution and new technologies for HBO Latin America. She has helped companies such as HBO and Sony to optimise their media distribution pipelines, introducing innovative products in a highly demanding industry.

Nicola Daley is a world-renowned Australian cinematographer who has shot documentaries everywhere from Iraq to North Korea, and who now focuses on drama and commercials.

Joining the judging as well is multi award-winning senior colourist Jet Omoshebi from Goldcrest Post Production Facilities in London. Collaborating with highly regarded DoPs, directors and agencies, Jet has contributed to acclaimed TV dramas and feature films in recent years, including Fortitude, Rellik, The Night Manager, The Witcher and The Terror.

The panel also includes Simon Astbury, managing director at Juice in Shanghai. Starting as a rushes colourist for classic films such as Notting Hill and Shakespeare in Love, he has worked with industry legends such as Jack Cardiff and Baz Luhrmann. Astbury commented, “Colourists have long toiled in the gloom, bringing their unique brand of magic to film and TV screens in relative anonymity. I’m hugely looking forward to being a member of the jury for these awards, bringing colourists and their amazing work blinking into the daylight.”

Zak Tucker, Co-Founder and CEO & President of HARBOR, said “I was pleased to hear of the launch of FilmLight’s Colour Awards. The individual skills, passion and talent of colourists contribute greatly to the stories we see on our screens today, so it is excellent for these artists to be recognized accordingly. For example, Harbor's colourists are dedicated to finding that alpha – that extra turn which brings the image to the sublime. It is for this reason that I’ll always support the recognition and celebration of their talent, along with the art and technique of colour.”

Wolfgang Lempp, CEO of FilmLight said, “We conceived the idea of the Colour Awards because we wanted to emphasise the creative and collaborative role of the colourist in the whole industry, and this is boosted by the support we are receiving from the three leading professional bodies.

“I’m sure that having both colourists and cinematographers, artists and technologists on the judging panel will spark some lively debates,” Lempp added. “I look forward to seeing the results of their deliberations, and honouring the best work.”

While FilmLight is sponsoring and organising the Colour Awards 2021, users of any grading technology are welcome to enter, as are colourists from the largest post facilities to home set-ups. The only criterion for success is that the technology should be used to create visually stimulating and satisfying imagery.

Colourists or their sponsors still have time to enter the awards at https://filmlight.awardcore.com. Nominations will close on 15 September, with a shortlist announced in October and the winners revealed in November.

FilmLight develops unique colour grading systems, image processing applications and workflow tools that are transforming film and video post-production and setting new standards for quality, reliability and performance. The company’s streamlined metadata-based workflows employ robust products with cutting edge creative tools, allowing creative professionals to work at the forefront of the digital media revolution. Founded in 2002, FilmLight’s core business is centred on the innovation, implementation and support of its products—including Baselight, Prelight and Daylight—in leading production companies, post-production facilities and film/TV studios around the world. FilmLight is headquartered in London, where its research, design and manufacturing operations are centred. Sales and support are conducted through regional service centres and qualified partners worldwide. For more information, visit http://www.filmlight.ltd.uk