THE STORY OF A FROG…

Have you ever wondered where the Golden Frog, the main prize awarded during the CAMERIMAGE Film Festival, came from? The concept of the Frog statuette has already been raised many times on various occasions, so let’s take a look at the summarizing historical overview of the birth of our festival’s amphibian.

Film connotations suggest, probably well known to you and widely used in art, including photography or cinema, the so-called worm's-eye view (in Polish „frog perspective”), i.e. a specific way of shooting, consisting of setting the lens below the center of the object being recorded and looking at it from below. Thanks to this, the object seems to be larger than it really is, and its width decreases as the field of view gets higher. Such take or way of looking turns the typical convergence towards the horizon into a convergence accumulating at one point at the very top of the observed object.

The CAMERIMAGE Festival dedicated to the art of cinematography, appreciating the work of cinematographers and awarding films primarily due to their visual qualities, seems to be such a point that stands in contrast to the standard perspective of looking at and rating a film. The unique character of the Festival, its international recognition and reputation that has been developed over the years make it the ideal place for filmmakers to meet and exchange creative ideas every year. Thus, for 27 years and counting, in autumn all film paths symbolically intersect at this one point, starting another fight for the characteristic frog laurel.

The reference to the worm's-eye view, although it slightly clarifies the secret of the Golden Frog, does not exhaust the topic completely. The form always goes hand in hand with the content, and this takes us to medieval Toruń, the city in which the Festival was born.

According to a legend, as a result of a serious flood, medieval Toruń was affected by a plague of frogs, which made the lives of all its inhabitants miserable, multiplying at an alarming rate and jumping carelessly both in the city streets, as well as in houses or public places. When the situation began to slip out of control of the city's rulers, the mayor announced that a daredevil who would be able to free Toruń from the frog siege would receive not only a high reward, but also a beautiful mayor's daughter for his wife. There were many daredevils of course, but as usual, all without exception suffered a shameful defeat, granting superiority to green amphibians. Fortunately, one day Iwo, a poor rafter known in the area for his violin playing, decided to take on the task. One morning, Iwo stood in the middle of the Toruń market square and began to play his most beautiful melodies on the violin, enchanting not only the people gathered that day at the market square, but also the ubiquitous frogs. Amphibians captivated by charming sounds began to gather around Iwo who, without ceasing to play, moved towards the Chełmska Gate, and was followed by a joyful crowd of frogs. When all the amphibians were led out of the city gates, Iwo stopped playing. Frogs, enchanted, did not move, recognizing the marshy areas outside the city chosen by the artist as their new home, and the people of Toruń could finally breathe a sigh of relief. 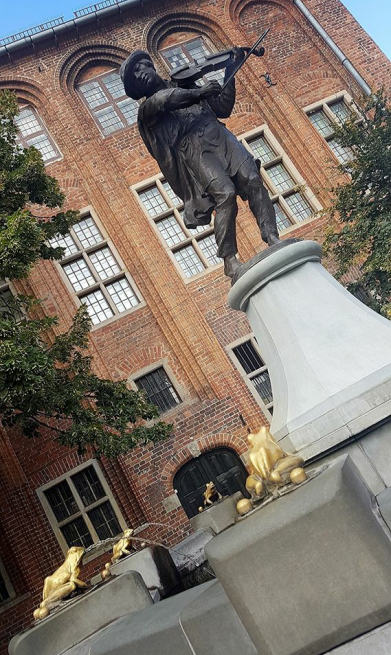 The contemporary symbol of this fairly popular legend is the characteristic fountain with the statue of a rafter playing the violin located in its central point, surrounded by eight frogs listening to the music. The author of its original design was the sculptor Adolf Amberg, whose vision after his sudden death was continued by the artist from Toruń, Georg Wolf, and the finished work was unveiled on June 28, 1917, standing in the courtyard of the Old Town Hall. The statue of the rafter was later moved to various locations of the city, and after conservation in 1983 settled permanently in the Old Town Square at the southwest corner of the Town Hall, where the tourists visiting Toruń and its inhabitants can admire it today. 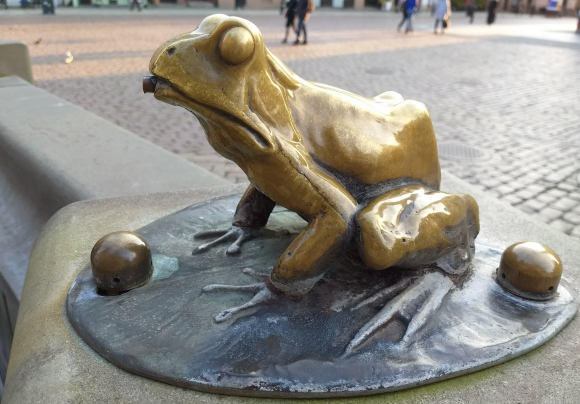 It was the frogs from the fountain that served as an inspiration for the Festival awards’ design. It was supposed not only to indicate an inseparable bond with the city in which the Festival was born, but also to symbolically refer to the frog's ability to rotate the eye 360 degrees, which is exactly how a camera in the operator's hand behaves. The project of the award was originally the idea of Marek Żydowicz, the creator and director of the CAMERIMAGE Festival and the statuettes are created by Aleksander Dętkoś, the artist-sculptor from the Kuyavian-Pomeranian region, who won the competition announced by the Festival management more than a quarter of a century ago. 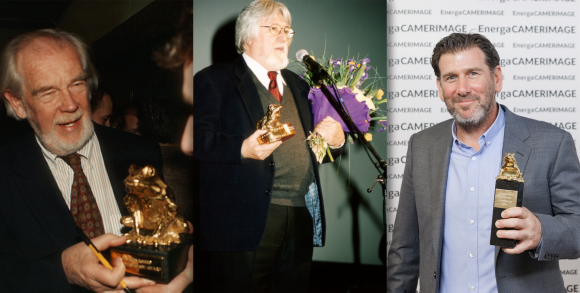 The Golden Frog did not always look like it does now, evolving over the years before it took its current form. During the first edition of the Festival in 1993, the statuette was much larger and quite heavy, and the Frog was based on a rectangular pedestal, which can be seen at the archival photos from this period. In the next version, the Frogs moved for a while onto a film reel, without significantly changing their size, and looked like that until 1999. Then, in 2000 they return to the stone pedestal, which this time was 15.5 cm high, and remain in this form until today. The Golden Frog figurine standing on Swedish marble base is made of bronze covered with 19-carat gold; it is also not filled with anything inside, which made it a bit lighter. 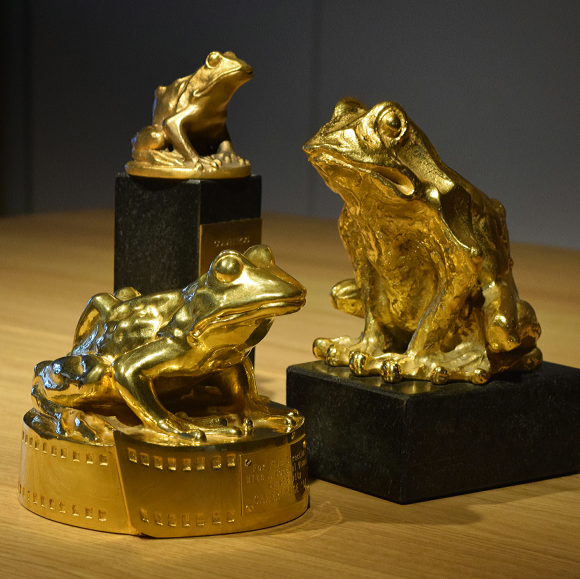 Next Golden Frogs will be handed out during the 28th edition of EnergaCAMERIMAGE, which will take place on November 14-21, 2020 in Toruń. 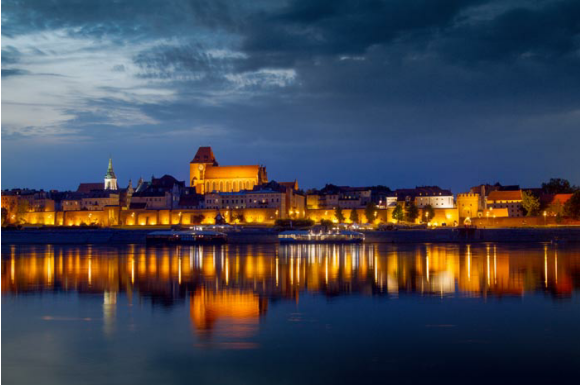