OUR GUESTS AT PREVIOUS EDITIONS THROUGHOUT 27 YEARS

Camerimage Festival throughout 27 years of its existence has attracted many distinguished filmmakers. Below you will find the names of our guests and some of the award recipients who could not attend in person.


Italian cinematographer, born in 1949 in Rome. Member of the AIC. He learned the profession from such masters like Giuseppe Rotunno and David Watkins. His collaborators include Federico Fellini, Luchino Visconti, Liliana Cavani and Franco Zefirelli. He was the co-author of the music for the film "Mussolini and I" directed by Alberto Negrin, starring Susan Sarandon and Anthony Hopkins in the leading roles. For his cinematography in "The Battle of El Alamein" directed by Enzo Monteleone he received a Golden Globe Award and Italian Donatello film award. Daniele Nannuzzi was a guest of the Camerimage festival in 2013. He sat on the jury of the Cinematographers' Debuts Competition. 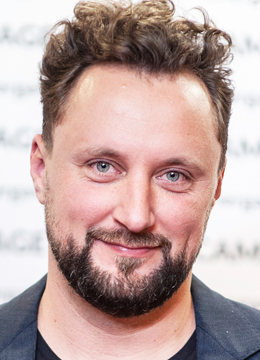 
Polish cinematographer, born in 1981 in Olsztyn. Member of the Polish Society of Cinematographers PSC and graduate of the Cinematography Discipline of Łodź Film School. His professional experience includes TV series, documentary films and features. He was a DoP in such productions as Być jak Kazimierz Deyna by Anna Wieczur-Bluszcz, Disco Polo by Maciej Bochniak, Śniadanie do łóżka by Krzysztof Lang, Amok by Kasia Adamik, 53 wars by Ewa Bukowska, Nina by Olga Chajdas or Man Made by Agnieszka Holland. Tomasz Naumiuk is a frequent visitor of Camerimage festival. In 2017 his cinematography in Amok by Kasia Adamik was presented in the Polish Films Competition. The next year, together with Olga Chajdas he received the Grand Prix of the Polish Films Competition for Nina. 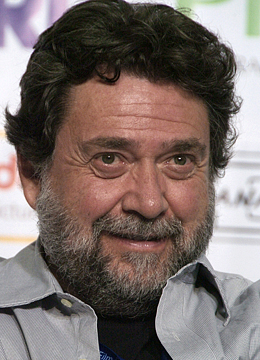 
Mexican cinematographer, born in 1955, in Mexico City. Winner of the Academy Award and many other prestigious distinctions for his work on Pan's Labyrinth directed by Guillermo del Toro. His work with this director resulted in such films as Hellboy and The Devil's Backbone. The list of his collaborators includes such filmmakers as Robert Rodriguez (From Dusk Till Dawn, Desperado), Quentin Tarentino (Jackie Brown), and Bill Condon (The Twilight Saga: Breaking Dawn). Guillermo Navarro attended the Camerimage Festival in 2006. His work on Pan's Labyrinth earned him the Golden Frog award that year. He was one of the jurors of the European Debuts Competition. In 1995, special screenings featured Desperado with his cinematography. 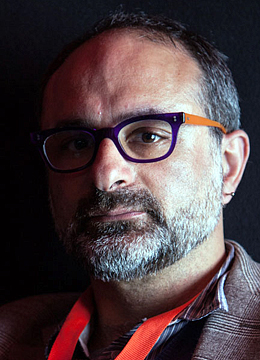 
Swiss journalist and film critic, born in 1965 in Zurich. Member of selection committee of acclaimed Swiss documentary film festival Visions du Réel, he has also worked for film festivals in Torino, Rome, Locarno and Florence. As a journalist, critic and reviewer he collaborates with many magazines in Switzerland and Italy, being also the author of essays and short stories. Giona Nazzaro attended the Camerimage Festival in 2014 and 2015. He was among the jurors of the Feature Length Documentary Films Competition then.


North Irish actor, born in 1952 in Ballymena. Debuted in 1976 in Joseph Plunkett's play The Risen People. Starred in more than 40 films, creating one of the most memorable performances in the history of cinema. His filmography includes such pictures as Andrey Konchalovskiy's Duet for One, Roland Joffé's The Mission, Peter Yates' Suspect. Earned recognition with the title role in Steven Spielberg's Schindler's List, a performance for which he nominated for the Oscar, Golden Globe, and BAFTA awards. The list of directors he collaborated with includes such figures as Woody Allen (Husband and Wives), Michael Apted (Nell), George Lucas (Star Wars: Episode I - The Phantom Menace), Atom Egoyan (Chloe), and Christopher Nolan (Batman Begins). He was appointed as Officer of the Order of the British Empire by Queen Elizabeth II for his outstanding achievements in acting. In 2010, he received the Krzysztof Kieślowski Award. The Festival audience could see him in films such as Gangs of New York (Michael Ballhaus' retrospective, 2010) or Schindler's List (special screening, 1994). 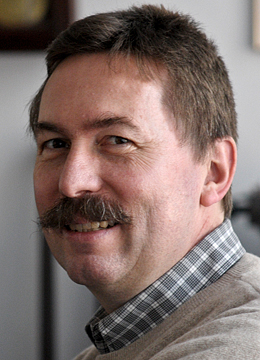 
German cinematographer. Created cinematography for numerous television productions, as well NGO films. He also analyses the situation of the German film industry. Neubauer also publishes books about cinematographers. He is board member of the German Visual Arts Society, and the Bavarian Association for the Advancement of Film Technology. Since 2000, he has held the position of managing director of the German Society of Cinematographers. Michael Neubauer has attended fourteen edition of the Festival so far. He was a jury member three times - in 2004 Students Etudes Competition, and in 2008 and 2015 Documentary Film Competition. He has also attended the seminar about the author rights.


Cinematographer of Russian origin. Since 1980s he has been living and working in the USA. Member of ASC. His credits include many features, documentary films and commercials, such as “Liquid Sky" by Slava Tsukerman, “Fatal Deception: Mrs. Lee Harvey Oswald" by Robert Dornhelm or “Scattered Dreams" by Neema Barnette. He is the founder of the company producing his innovative film technologies, such as first on-set colour correction system for cinematographers. He is also the author of the course on the history of cinematography, conducted at the American Film Institute. Together with Vilmos Zsigmond, he co-founded the Global Cinematography Institute. He is also known as the author of many articles on the history and theory of cinematography. Yuri Neyman attended the Plus Camerimage Festival in 2012. That year he served on the jury of the Polish Films Competition.


British photographer of Polish descent, born in 1950 in London. Since the 1970s, he has been living and working in Poland. Niedenthal contributes to biggest European magazines, such as Newsweek, Der Spiegel, Time, or Forbes. Winner of World Press Photo in 1986. He was among the few foreign reporters, who documented the realities of the communist era in Poland - he photographed John Paul II's first visit to Poland, the martial law, and shipyard workers strike in Gdańsk. He published several photo albums, and organized numerous exhibitions. Chris Niedenthal attended the Plus Camerimage Festival in 2007, where he was on the jury of the Student Etudes Competition. 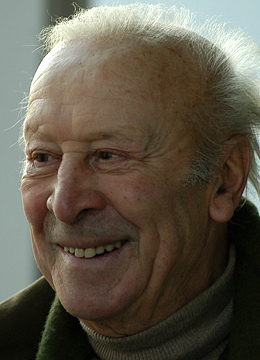 
Polish film and theatre actor, born in 1923 in Warsaw. One of the most prolific Polish artists - his body of work encompassed several hundred roles, mainly in Polish and German films. He played for Roman Polański (Knife in the Water), Jerzy Kawalerowicz (The Depot of the Dead), Wojciech Jerzy Hass (The Saragossa Manuscript), and Sylwester Chęciński (Big Shar). He also played in television series. Died in 2006. That year, his star appeared on the Łodź Walk of Fame. Leon Niemczyk participated in the Camerimage Festival in 2002. He received the Special Camerimage Award from Cinematographers to a Polish Actor. The Festival audience could admire his talent in Mariusz Grzegorzek's The Conversation with the Man from the Closet, which was selected for the Main Competition in 1993. 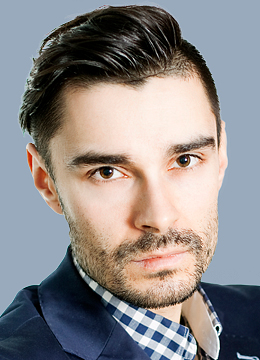 
Polish marketing specialist and coach. An acclaimed copywriting, content marketing, and native advertising coach. His courses are a dynamic mixture of research results, case studies, simulations, and solutions prepared for instant use. In his everyday life, he manages his own agency as its creative director, creates communication strategies, conducts multi-channel campaigns, and combines the role of copywriter and screenwriter. He works for major corporations and small companies, and recently he has been sharing his knowledge with the public sector. Filip Nocny attended the Camerimage Festival in 2016. He was a member of the  Advertising Spots Competition’s jury. 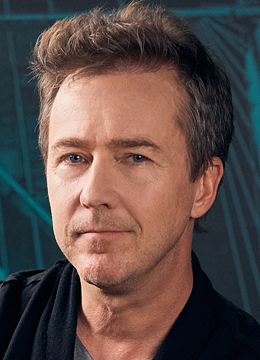 
American actor and filmmaker. He has received multiple awards and nominations, including a Golden Globe Award and three Academy Award nominations. He gained immediate recognition for his debut in Primal Fear (1996), which earned him a Golden Globe for Best Supporting Actor and an Academy Award nomination in the same category. His role as a reformed neo-Nazi in American History X (1998) earned him an Academy Award nomination for Best Actor. He also starred in the film Fight Club (1999), which garnered a cult following. He continued to receive critical acclaim for his acting roles in films such as Red Dragon (2002), Moonrise Kingdom (2012), The Grand Budapest Hotel (2014). For his role in the black comedy Birdman (2014), Norton earned another Academy Award nomination for Best Supporting Actor. In 2019 he attended EnergaCAMERIMAGE Festival in Toruń as a director of  Motherless Brooklyn (2019) presented in Main Competition. That year he also received the Krzysztof Kieślowski Award. 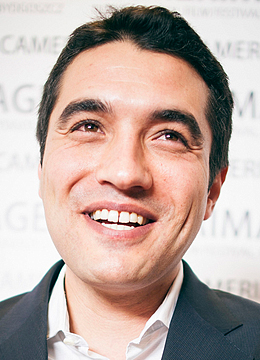 
Director and screenwriter of Jordanian origin, born in 1981 in Oxford. He studied in Great Britain and Jordan  and took part in the Sundance Institute Screenplay Workshop. His feature debut Theeb won him many prestigious international nominations, and was awarded with the Golden Lion at Venice IFF.  Naji Abu Nowar attended the Camerimage Festival in 2014. That year he was presented with the Award for the Best Director’s Debut for Theeb. 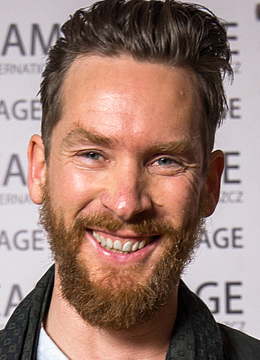 
Swiss director, born in Erlenbach in 1976. He gained recognition thanks to his 2008 short film Rene, awarded at several film festivals around the globe. He directed one of the parts of the film Heimatland, that was widely recognized in Switzerland, receiving award at film festivals in Locarno and Zurich, among others. His feature debut was 2016 drama film Aloys. Tobias Nölle attended the Camerimage Festival in 2016. He won the Grand Prix in the Director’s Debuts Competition for his film Aloys. 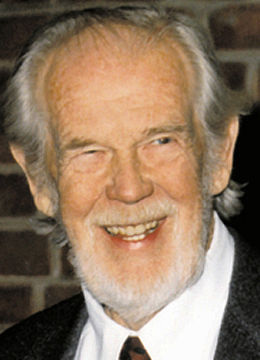 
Swedish cinematographer, born in 1922 in Moheda. A two-time Oscar winner, for Ingmar Bergman's Cries and Whispers, and Fanny and Alexander. His other distinctions include the Golden Palm of Cannes, the César award, the BAFTA award, and many others. He made his name working on more than twenty Bergman's films (e.g. From the Life of the Marionettes, Scenes from a Marriage, The Virgin Spring, Persona, and Autumn Sonata). He also collaborated with other prominent filmmakers, including Roman Polanski (The Tenant), Lasse Hallström (What's Eating Gilbert Grape), Woody Allen (Celebrity), and Volker Schöndorff (Swann in Love). Died in 2006. Sven Nykvist attended five editions of the Camerimage Festival. At the first edition, in 1993, he received the Lifetime Achievement Award. That year, he also sat the Main Competition jury. In 1998, he won the Award for Director -Cinematographer Duo of All Times, for his collaboration with Ingmar Bergman. His cinematography was presented to the Festival audience mostly during retrospective reviews. The 1993 Sven Nykvist's retrospective featured Chaplin (by Richard Attenborough), Crimes and Misdemeanors (by Woody Allen), and The Sacrifice (by Andrei Tarkovsky). In 2006, a joint retrospective review of Nykvist and Bergman presented such films as Autumn Sonata, Cries and Whispers, and Persona. At the 3rd Festival edition, Sven Nykvist was nominated for the Golden Frog award for his work on Liv Ullmann's Kristin Lavransdatter.