EnergaCAMERIMAGE INVITES TO “HELMUT NEWTON: I LIKE STRONG WOMEN EXHIBITION”

The 28th edition of the EnergaCAMERIMAGE Festival in Toruń will be accompanied by a retrospective exhibition - Helmut Newton: I Like Strong Women. Photographs of this outstanding German artist will be presented in the exhibition space of the Centre of Contemporary Art "Znaki Czasu" from October 16, 2020 to March 28, 2021. The exhibition is organized by the Tumult Foundation and CoCA, in cooperation with the Helmut Newton Foundation in Berlin. 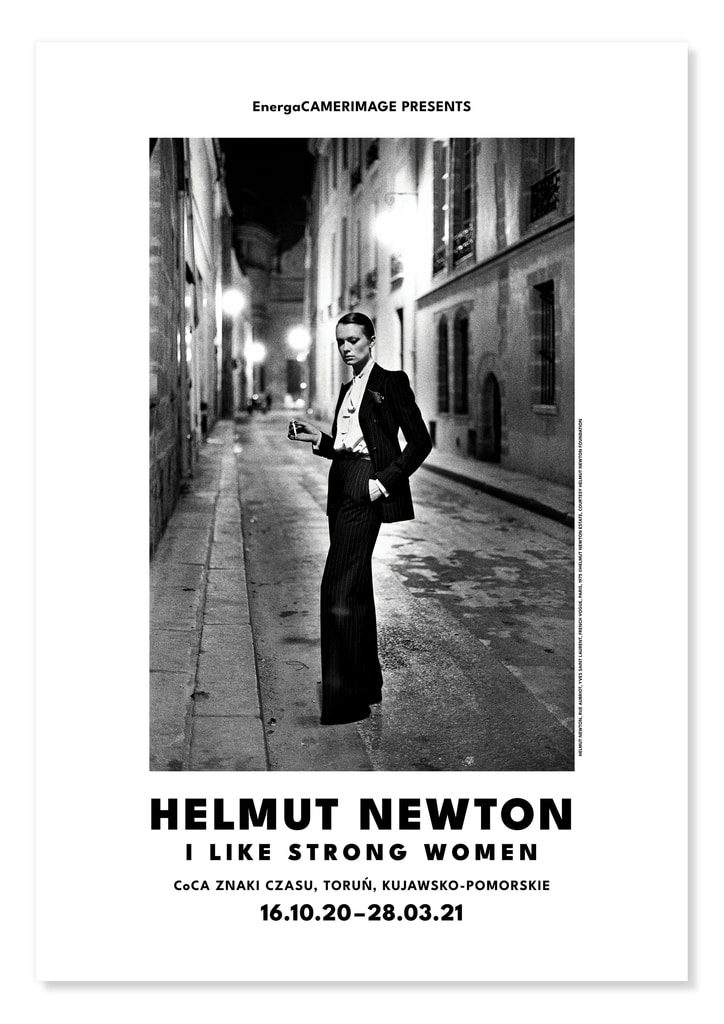 Helmut Newton is without a doubt one of the most controversial artists of the 20th century. His photographs, initially documenting fashion, eventually became provocative works of art. Photographing models, even dressed in accordance with the latest trends, quickly bored the ambitious artist interested in constantly pushing the boundaries forward - which we will be able to see clearly in the retrospective of Helmut Newton's works at the Centre of Contemporary Art in Toruń.
The exhibition will be divided thematically and will consist of over 200 photos. Several categories, among which we can find fashion, nudity, humor and portraits, illustrate all the tendencies in which Helmut Newton created. Visitors will also have the chance to watch documentary films about the artist screened in the CoCA’s cinema and attend meetings with representatives of the world of fashion, photography and film.
The works shown in Toruń are the essence of Helmut Newton's style. First, we observe classic fashion photographs in which the body is only used to present the outfit. Then, a breakthrough takes place in Helmut Newton's approach - the body becomes an autonomous element of the performance. With the help of ubiquitous eroticism, the artist expresses himself on the subject of culture and customs that he sees in a clearly decadent manner. Nudes, performed in elegant interiors, are simultaneously juxtaposed with dangerous objects that gravitate towards the dark side of our nature. Domination or enslavement used in Helmut Newton's frame refer to the cult of the body that prevailed at the end of the 20th century and continues to this day.

In the spaces of the Centre of Contemporary Art, we will see photos of models taken for various editions of the "Vogue" magazine. Here, we can already see a preview of the artist's later fascinations. The position of the body, background elements and often the smallest details are a harbinger of changes that can be seen from under the illusion of photos from the magazine for housewives. The ones from the initial period of his career, often made against a neutral, white background, despite the minimalism characteristic of the 1960s aesthetics, hide the prophecy of the artist's later concepts of the body in the deformed positions of the models.
In Helmut Newton's portraits, we will also see cruel irony aimed at perfectly created images from the world of high-life magazines - from the fascinating, tragically endearing photos of outstanding characters related to the film (Leni Riefenstahl, Billy Wilder), dictators who set trends in the fashion world (Karl Lagerfeld, Yves Saint-Laurent), to the celebrities of these times, wandering around the nooks and crannies of the great world (Paloma Picasso).
In photographs taken at the end of his life, Newton replaced human bodies with mannequins. By treating our bodies in this way, taking the effects of retouching as a model, we become victims of an artificial reality which we let ourselves be enslaved to, similarly to Newton's photographic "models". It is a trap in which we voluntarily find ourselves. 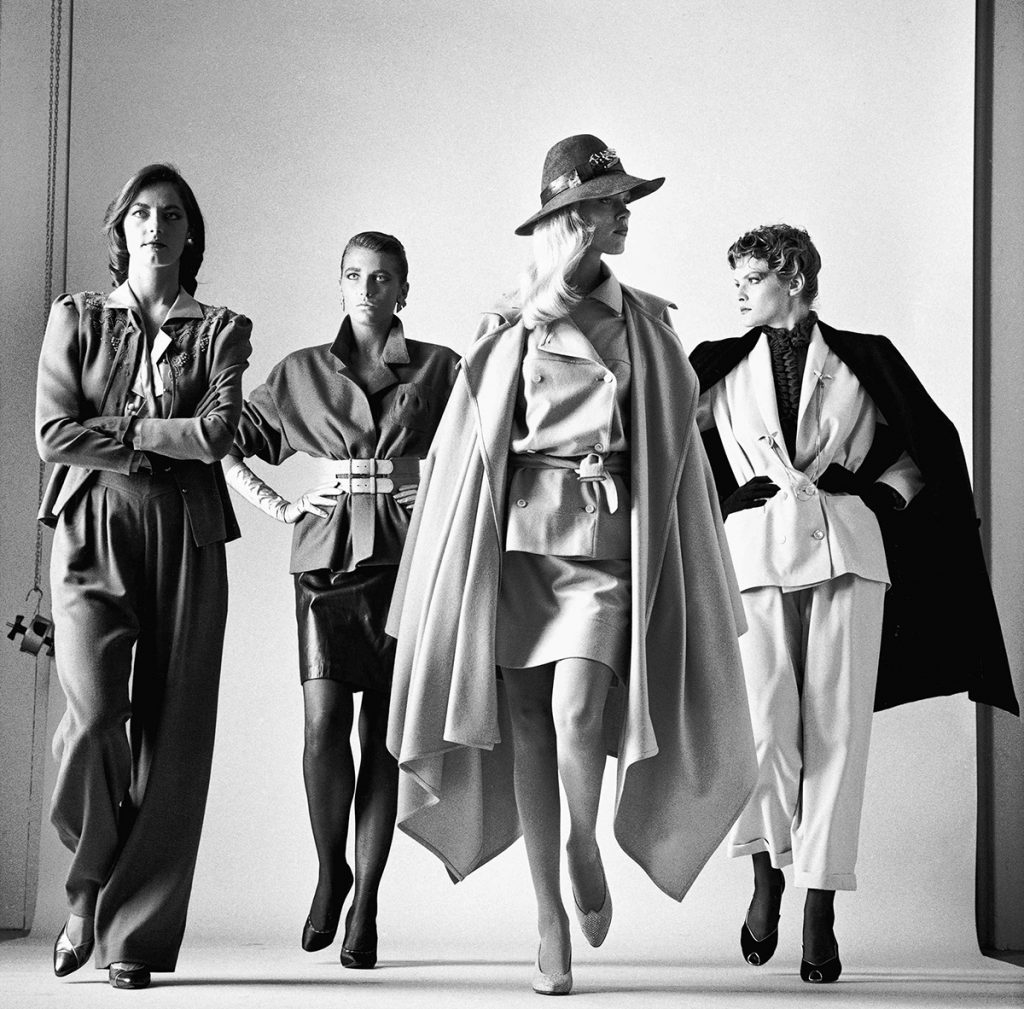 The photo exhibition will be traditionally accompanied by a film review, which will include documentary films whose protagonists are famous photographers of the world of fashion and art: the title artist of this year's exhibition, Helmut Newton (Germany), Lene Marie Fossen (Norway) and Inta Ruka (Latvia). The screenings will serve as a pretext for meetings and discussions with special guests. Together with the creators and experts, we will consider the phenomenon of portrait photography and the ways of showing the body and sexuality in contemporary culture.

Project is co-financed by the European Regional Development Fund within the Regional Operational Programme of the Kujawsko-Pomorskie Region for the years 2014–2020.