When we hear about production design, quite often what we imagine is physical construction of various types of structures, adapting existing buildings to a specific time period, as well as interior decoration. Simply put, creating the optimal conditions for the cast and crew to shoot the film. But the profession of a production designer is much more complicated than that, it basically consists of controlling every element of a given set, from choosing the suitable props and arranging them accordingly, to considering colors, shapes, textures, etc. Hence the production designers are one of the most important collaborators of cinematographers, both during pre-production period and on set. Together with them and the director they create plausible, physical and virtual, worlds of the past, the present, or the future, while bringing to life what existed before only on the pages of a screenplay.

Thus, production designers have a significant impact on what we see on screen and how we watch films. Throughout the years Camerimage Festival awarded many distinguished members of this profession: John Myhre (Chicago, Memoirs of a Geisha), Dante Ferretti (Interview with a Vampire, The Aviator), Lilly Kilvert (Legends of the Fall, The Last Samurai), Arthur Max (Se7en, Gladiator), Allan Starski (Schindler’s List, The Pianist), Stuart Craig (Gandhi, Harry Potter film series), Jack Fisk (The Thin Red Line, There Will Be Blood), Rick Carter (Jurassic Park, Avatar), Jeannine Oppewall (L.A. Confidential, Pleasantville), Eve Stewart (The King’s Speech, Les Misérables) and Dennis Gassner (Skyfall, Blade Runner 2049).
It gives us great pleasure to announce that Adam Stockhausen will be the recipient of the Award to Production Designer with Unique Visual Sensitivity of the anniversary 25th edition of Camerimage. 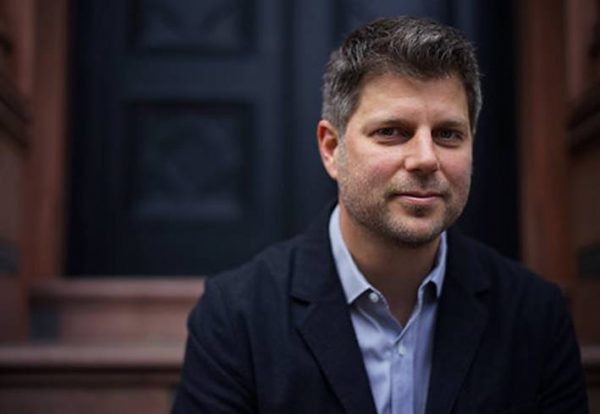 Adam Stockhausen,
Adam Stockhausen's Archive
Stockhausen’s career is still relatively short – he debuted in 2008 with Mira Nair-directed segment of an anthology film 8, previously learning the ropes as assistant art director on Julie Taymor’s Across the Universe, and art director on Charlie Kaufman’s Synecdoche, New York and Kevin Macdonald’s State of Play, among many other – but he was already able to achieve great success in the world of production design. For his work on Wes Anderson’s The Grand Budapest Hotel Stockhausen received Academy Award®, he was nominated two more times, for Steve McQueen’s 12 Years a Slave and Steven Spielberg’s Bridge of Spies.

Stockhausen recently collaborated again with all three directors. With Steve McQueen he made Widows, a thriller about four desperate widows who have to enter the world of crime when their husbands are killed during a heist. Together with Wes Anderson he made Isle of Dogs, a stop-motion animation set in a dystopian world in which a group of outlaw dogs helps a young human boy. On the other hand, for Steven Spielberg’s sci-fi action adventure Ready Player One Stockhausen created a complex virtual world where anything is possible. All three feature films will be released theatrically in 2018. 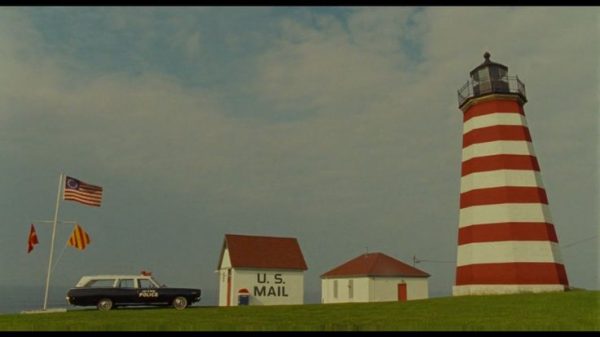 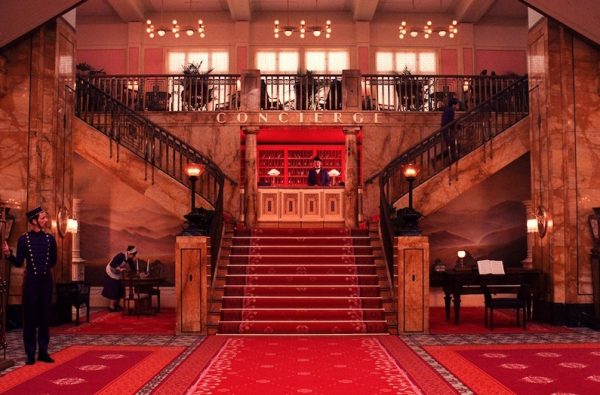 Still from "The Grand Budapest Hotel"
However, Stockhausen was not thrown in at the deep end, his career as a production designer developed organically. He firstly perfected his craft on sets of various genre films, including Josh Gordon and Will Speck’s The Switch and Wes Craven’s Scream 4, and then made his breakthrough with Wes Anderson’s Moonrise Kingdom. He previously worked with Anderson as supervising art director on The Darjeeling Limited, but showed his full potential only on the set of this tale of two 12-year-olds who escape the police, the overzealous scouts, and the parents.

The film is set on a small island and takes the viewer on a journey through numerous charming locations, a distinct lighthouse, a daredevil tree house, a camp in the middle of wilderness. It became a proof of Stockhausen’s skills in creating unique and believable places, without overshadowing Anderson’s peculiar visual style. It is no wonder that the filmmakers continued their fruitful collaboration with The Grand Budapest Hotel, which has become one of the most beloved and awarded pictures of 2014. For the purposes of the titular hotel’s lobby Stockhausen transformed the interior of an abandoned department store in Görlitz, small German town near the Polish border. At the same time, he proved himself more than capable in working with miniatures, matte paintings and old-fashioned practical effects. The result is both memorable and utterly charming tribute to the everlasting magic of cinema and the people who make it. 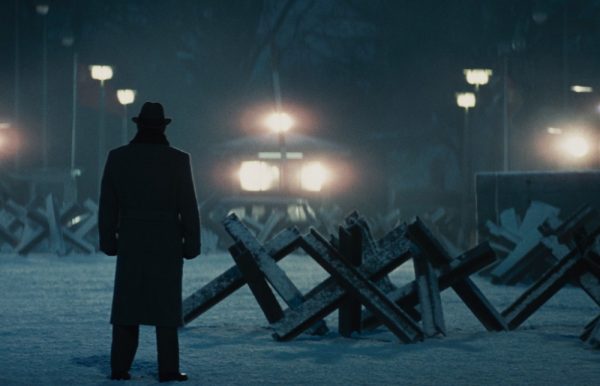 Still from "Bridge of Spies"
The Grand Budapest Hotel was for Stockhausen an interlude of sorts between two projects which were far more demanding in terms of recreating a specific look of the past. For 12 Years a Slave the production designer made the Louisiana sets seem like the exact replicas of the antebellum slave plantations and beautiful mansions built through the suffering of Black Americans. Working in almost 40 degrees Celsius, the production design department recreated the bygone world in such detail that it was a marvel to behold. The same thing happened on the many sets of Bridge of Spies, based-on-a-true-story tale of American lawyer sent to Europe in the peak of ‘Cold War’ to negotiate the release of a pilot shot down over Soviet Russia. The world of 1950s and 1960s that Stockhausen and his crew made was so colorful and intense that it was easy to fall in love with it, as well as so convincing, almost tangible, that it was not difficult to lose yourself in this reality.

By honoring Adam Stockhausen with Camerimage Award to Production Designer with Unique Visual Sensitivity we feel we are honoring not only his present accomplishments in the art of filmmaking, but also the future ones – all the worlds he will help to create in years to come. We are certain that he will repeatedly make us gasp in awe with his passionate approach to details and the imaginative use of film language to create captivating and universal cinematic tales. 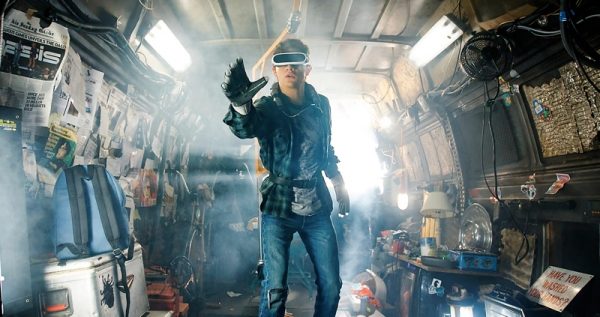 Still from "Ready Player One"